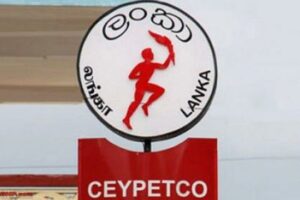 The country was facing power cuts for up to 10-hours due to a shortage of diesel and furnace oil for power generation.

The Sri Lankan government is planning to introduce a fuel rationing scheme next month. Under the new scheme, registered consumers at filling stations will be guaranteed a weekly quota of fuel.

The island nation has been suffering from an acute fuel shortage since mid-February 2022. According to reports, in April, the country was facing power cuts for up to 10-hours due to a shortage of diesel and furnace oil for power generation.

Sri Lanka’s Energy Minister, Kanchana Wijesekera, stated that they have no choice but to register customers and guarantee them a weekly quota until the country is able to strengthen its financial situation. He added that fuel should be managed until there is a round-the-clock uninterrupted supply of electricity and fuel.

There are also reports that the shortage of fuel has led to stockpiling and hoarding. Minister Wijasekera hopes that the measures of imposing a fuel quota will help in addressing the crisis.

Reports suggest that the shortage of gas supply has led to an increase in demand for electricity & Kerosene. Also, the monthly fuel bill, which was USD 200 million four months back, now stands at USD 550 million.

The minister also stated that the last of the fuel shipments under the ILC (Indian Line of Credit), will be arriving in Sri Lanka later this month. The Credit Line was USD 500 million initially, which was later supplemented with another USD 200 million.

The acute shortage has left citizens queuing for hours outside stores for fuel, cooking gas and many other essential items.