Stellantis’ New ‘Green’ Slogans For Its Automakers Are Dreadful 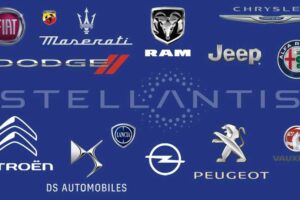 Stellantis already has mega weird vibes as an automotive conglomerate packed with what feels like uncomfortably aligned brands at best. Peugeot and Dodge are rubbing shoulders like that couple you know who have literally nothing in common other than their kids.

Now, at last, they have something to talk about over dinner: the shared joy of embracing eMobility, a word I promise I won’t use again in the rest of this because it makes me cringe just as much as you. Today, as part of Stellantis’ EV Day, the mother brand has released a slogan for every one of her broods, and it ain’t easy to digest. It’s hard to make electric cars seem attractive sometimes and boy, has whichever multibillion-dollar ad agency Stellantis got to cook these up done a bad job of it. 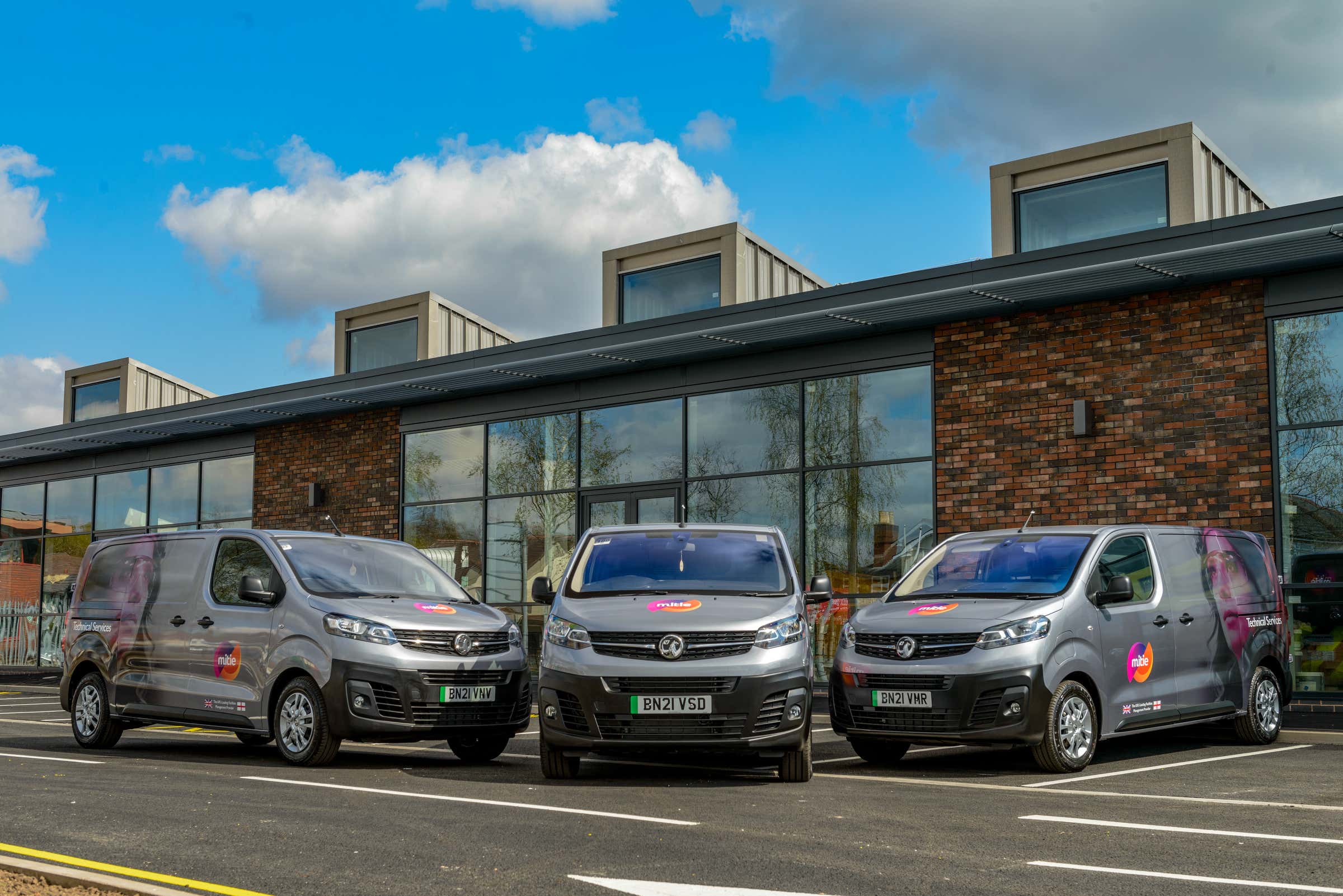 Here are all 14 brand slogans, ranked from what I’ll tentatively describe as the best to worst.

1. Chrysler: “Clean Technology for a New Generation of Families”

After some deliberation, I’ve decided this one is the best because it actually communicates what Chrysler’s plan with EVs is—to build minivans and perhaps even SUVs. Also, it doesn’t imply at any point it will cook and eat your children.

This is a bit like your dad getting a bumper sticker declaring himself the boss. Stellantis doesn’t currently make a vast number of “e-Commercial Vehicles” but maybe it has a niche in the market here. Although Daimler and Ford have a head start in the area, no one else is calling them e-Commercial Vehicles because that sucks.

This is fine, to be fair. Apart from the bit where I think about how many brand meetings there probably were about every single one of the three words and feel a little bit unwell in my ex-agency soul.

This probably got pitched in the very first meeting and then laboriously worked over for the following quarter and it makes me shudder to think about the emails saying “is ‘Zero’ a negative number? The client just wants to check if there’s a more positive option.”

This is only bad because why would you leave yourself open in this way to it being pointed out that Maserati is not the best in anything?

5. Lancia: “The Most Elegant Way to Protect the Planet”

Ah, y’know, I swung around on this a few times because it’s not dreadful and maybe ought to be higher up, even. But it does sound a bit like incontinence pad advert copy if you swap out planet for pants and as a middle-aged woman that definitely damages the brand, for me.

6. Opel/Vauxhall: “Green is the New Cool”

If it could be the tagline for a live-action Teenage Mutant Ninja Turtles film, it should probably only be on the poster for that.

Opel actually played a blinder awhile back by teasing this gorgeous electric Manta concept, which is not only cool but foreshadowed a way better slogan with “On a zero e-mission.” Come on guys, it was right there. 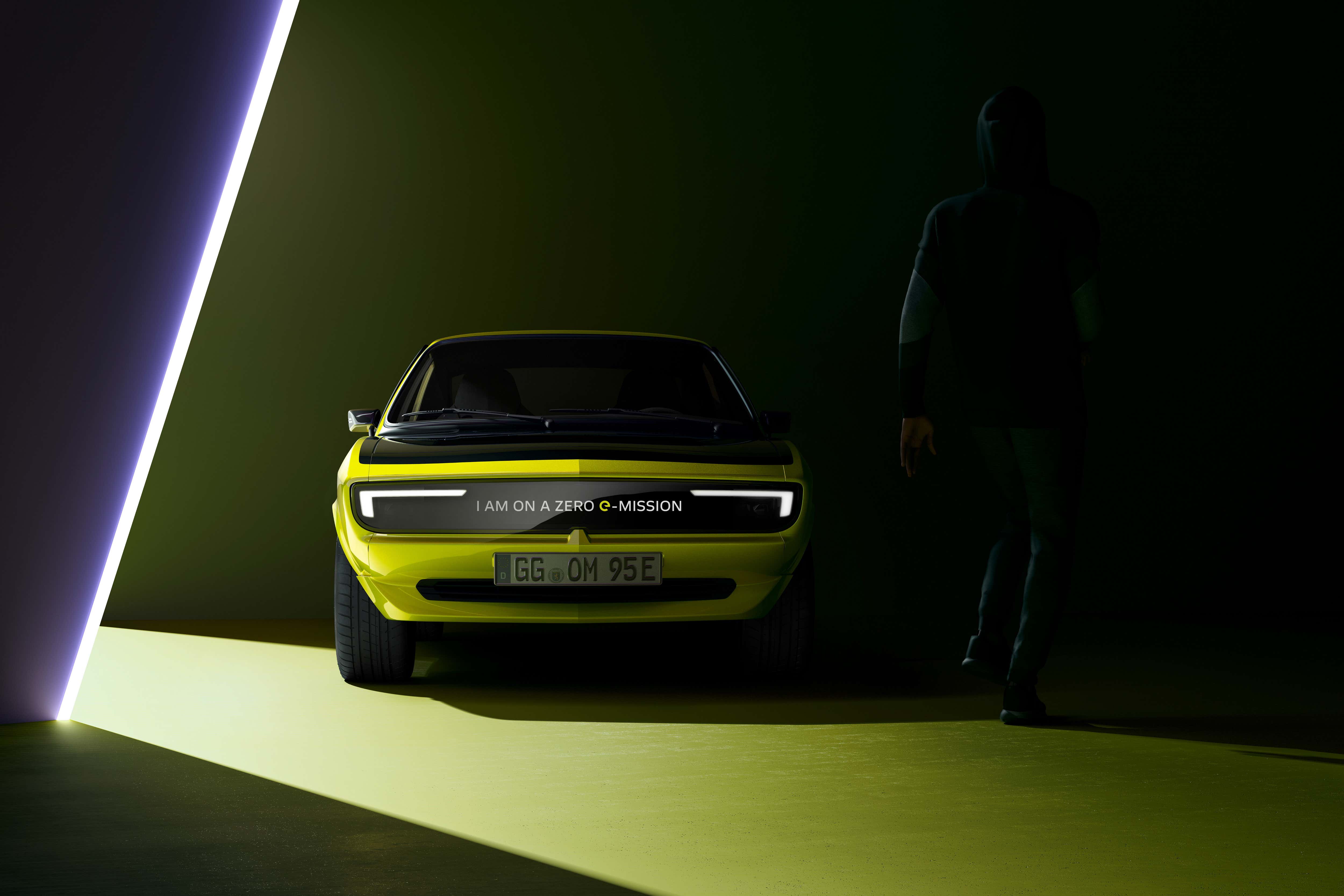 7. Citroen: “Citroen Electric: Well-being For All”

This is pretty bad and if you think that bodes of worse things ahead then you’re right.

Wellness as a trend is just a horrific way to sell candles scented like your childhood trauma but there’s something about the hyphen in “Well-being” that’s even more deeply upsetting. Big “corporate away day at a spa” energy and everything about that’s the opposite of well.

At some point down the line of thinking about this slogan I started pondering what would happen if, say, you were having a riot about something in France and set fire to an electric C5. Setting fire to a few Citroens is a traditional part of any protest in France but the idea of it with batteries has me deeply unwell-being.

Maybe this is undeservedly high. Maybe I just don’t understand the Ram brand, with all my fancy pants European tiny-car tendencies, but this actually falls down on a way more mundane hurdle than most of these unhinged phrases.

The thing about this is: it sounds boring as hell. And people already think electric vehicles are boring as hell and a chore we have to endure to possibly, possibly dodge boiling ourselves alive. Send it back to the agency for a rework, the client wants more excitement. ​

This is simply incomprehensible. And has major divorced energy in a sort of “making the best of it” way that, again, as a middle-aged woman, doesn’t play all that well to me.

Peugeot: We’re Gonna Make All Those Concepts, though? Heck yeah. Have a proper midlife crisis.

That said, I tried to work out how this would translate to French and the phrase in that for “quality time” is bon temps. Which is, as a French person explained to me, also a synonym for sex. To be fair to Peugeot, if you’re gonna use any two words in the French language, it’s at least 50/50 on that front.

This is at 10, which means I’m morally obligated to tell you that beyond here there are things you might not want to see.

Aside from being an announcement, not a slogan, e-Romeo is baffling. At least there’s three years to choose not​​​​ to rename the brand Alfa and Romeo, in Italian.

DS is the only of Stellantis’ brands racing in Formula E. And it’s not just in the series; it’s been kicking ass on a Mercedes-in-F1 scale for the past few seasons, an unstoppable tour-de-force in partnership with the Techeetah team.

I don’t know, maybe I’d lean on that—not the idea that you’re gonna have to zoom in real close on the map to see the length of journey you could undertake with this baby. They mean magnetized, I assume? As in, the things that make a motor-generator unit spin.

Stuffing my mind back into place with an aggressive spatula nudge, this needs some analysis. Are electric cars not green until everyone has one?

Brain sliding back out of my ears, though, all I can imagine is a 500 advert set to the theme from Dogtanian the Muskehound.

This is by no means Dodge’s biggest corporate copy crime today and maybe it’s dying for the sins of other lines. Maybe this is actually fine and it’s just that I’ve been broken by “American eMuscle” too badly to read words associated with Dodge without cringing myself through the earth’s core.

But this has huge “zinger line from this summer’s worst movie” vibes and that’s unforgivable, fam.

Look, there aren’t really any hard rules for branding and I understand that being the first to aim for a space can be really important.

But just as a general guideline: never, ever imply that you’re gonna shove a bunch of customers in the microwave like last night’s Sichuan prawn.

Got a slogan idea? Pass it by me on [email protected]