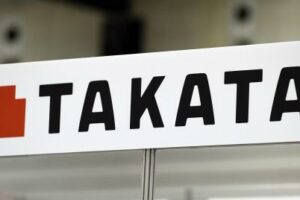 Takata is said to have falsified its seatbelt test data at two of its former plants, as per the latest investigation results by JSS.

Joyston Safety System’s (JSS) Japanese division has revealed that they have found 1000 cases of data falsification in seatbelt tests at two plants, acquired from the Takata Corp.

According to a media report, the investigation which first began in October 2020 has shown that the test data on belt webbing used for seatbelt and child safety seats, had been falsified at two plants. These included the Hikone plant in Japan and the Philippines. The test results were said to be doctored in order to meet the legal and client standards. The investigation also revealed that the test data at the Hikone plant had been falsified over the past two decades, right until Jan 2020.

The report states that JSS has introduced an electronic system in March, which will prevent the data from being falsified. The company is also said to expand its human resources for quality management.

The results of the investigation are said to have been handed over to the Japanese transport ministry. The company is not planning to announce any recall since a re-examination showed no safety issues. The report also suggests that the 12 carmakers to which the company supplies have decided not to implement any inspections.

Takata Corp was also in the news for its faulty airbag inflators, which resulted in one of the biggest global recalls in the auto industry. The faulty inflators were said to have been linked to numerous injuries and deaths, especially in the USA. The company applied for bankruptcy in 2017 and was later bought over by JSS, formerly known as Key Safety Systems (KSS).