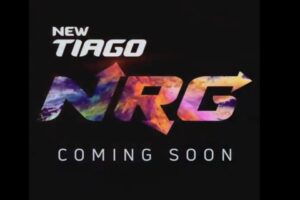 The updated Tiago NRG will be based on the facelifted Tiago.

Tata has taken to Twitter to tease the upcoming Tiago NRG facelift. The hatchback will be launched on August 4, 2021.

The updated Tiago NRG will be based on the facelifted Tiago. It will get a front fascia similar to that of the Tiago. Additionally, it will also get a rugged body kit and roof rails.

On the inside, the Tiago NRG is expected to come equipped with a 7-inch touchscreen infotainment system with Android Auto and Apple CarPlay connectivity, automatic climate control, and electric folding ORVMs; among other features.

Mechanically, the NRG facelift will be identical to the Tiago hatchback. It will use the same 1.2-litre, 3-cylinder petrol engine that makes 85 BHP and 113 Nm. Transmission options will include a 5-speed manual and 5-speed AMT.