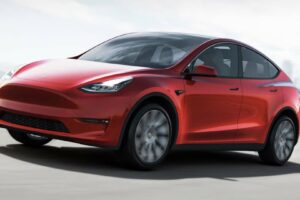 Tesla has already rolled out another Full Self Driving (but not really) beta build after it initially pulled an updated version this weekend following a series of driver complaints.

Tesla originally made the decision to roll back the update as drivers experienced numerous issues with the AutoPilot suite, including faulty AutoSteer, Traffic-Aware Cruise Control, and Forward Collision Warnings. By Sunday afternoon, CEO Elon Musk indicated that Tesla was “seeing some issues” and would issue a temporary code tweak to remedy the problem. Musk also defended the action, noting that it was “to be expected” given that the software is in beta.

Before we get too deep into the weeds, it’s important to remember that FSD beta, despite its name, is not an autonomous driving system. Tesla has previously told California regulators that FSD beta fit the SAE definition of Level 2 partial autonomy, meaning that the person behind the wheel is still responsible for controlling the vehicle.

Drivers who updated to the pre-revision 10.3 branch indicated a number of problems surrounding forward-collision warnings and other software-related errors that diminished the driving experience and posed potential safety issues for others on the road. One unwitting beta participant in an Acura MDX was almost hit when a Tesla reportedly engaged its emergency braking and attempted to steer around a phantom object in its lane. The driver indicated that the car updated to the 10.3 build overnight and that the emergency event occurred while they were driving without Autopilot engaged.

Those drivers who were knowingly enrolled in the beta seemed to have mixed opinions of the rollback. Many were panicked, thinking that it indicated a loss of their involvement in the FSD beta, especially as some drivers who were rolled back to a specific revision of the code reported having FSD beta pulled from their vehicle completely.

Those who experienced the ongoing problems called the code “bad,” “broken,” “jank,” “terrifying,” and “almost undrivable.” Others reported that their safety score declined as a result of the false-positive warnings, which may not be good news if they’re on Tesla’s new insurance product that bases monthly rates on a 30-day rolling average of the driver’s safety score.

A general pain point seems to revolve around Tesla’s apparent lack of communication with beta testers regarding the problems. Tesla does have a way to communicate with its users via a messaging feature in its app, and the automaker has reportedly sent automated messages about improper usage through email. That said, Twitter was used to convey the code change instead.

Perhaps the most misplaced area of blame was given to the National Highway Traffic Safety Administration, which some online posters credited for Tesla’s reasoning to quickly pull the update. The automaker is currently under the scrutiny of the NHTSA and is being ordered to justify its decision to issue over-the-air updates for what the regulatory body believes may warrant a formal recall.

Musk, his fans, and Tesla drivers have recently scrapped with the agency over its appointment of Dr. Mary Cummings, a Duke-educated professor, as a senior safety advisor. A group called “Autopilot Users for Progress” even started an online petition asking the Biden Administration, NHTSA, and OPM to reconsider Cummings’ appointment. The petition has amassed more than 25,000 signatures at the time of writing. Musk said Cummings’ “track record is extremely biased against Tesla,” prompting a response from U.S. Secretary of Transportation Pete Buttigieg who invited Musk to call him “if he’s concerned,” according to Reuters.

Drivers are now reporting that the latest version of the beta software is rolling out to their vehicles, which is an exceptionally fast turnaround should the release actually fix the issues drivers were experiencing on the road. Unfortunately, it doesn’t appear to have fixed the safety scores of people affected by the bug. It seems too early to tell if the issues were fixed based on input from drivers, though feedback may begin to trickle in as owners drive their vehicles throughout the day.