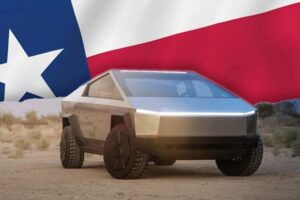 It’s official: Tesla is Texan now. The automaker revealed in a filing with the U.S. Securities and Exchange Commission that it has officially relocated its headquarters from Palo Alto, California—in the heart of Silicon Valley—to an area in Austin, Texas next to its all-new Gigafactory.

The move should come as no surprise, as Tesla CEO Elon Musk has been threatening to move the company’s operations out of California since spatting with officials in Alameda County over COVID-19 restrictions in mid-2020, which Tesla defied in order to keep its plant open. Musk called the restrictions “the final straw” and called for the company’s headquarters to be moved out of state. In October, the CEO announced the move at Tesla’s annual shareholder meeting, but it only recently became official with Tesla’s SEC filing.

Presently, Tesla employs around 10,000 people at its headquarters in Palo Alto, a significant chunk of its 71,000 global employees. It’s not quite clear what the move means for those employees, and according to Bloomberg, Musk’s October announcement of the impending news surprised even leadership in California.

Tesla’s headquarters relocation could also spell out more talent at a cheaper price. California is a notoriously worker-friendly state, meaning significantly more stringent regulations that Tesla must follow. The cost of living is also significantly higher—approximately 98 percent higher in San Francisco than in Austin, meaning wages must be high in order to remain competitive. Investment analysts like Daniel Ives of Wedbush say that tax incentives will prove to be “massive,” which is attractive to investors riding the Tesla stock train.

Austin has become a bubbling tech hub in the south. Since the ’90s, “Silicon Hills” has been on the heels of the actual Silicon Valley, establishing a name for itself with many high-profile tech companies building a presence near Austin—AMD, Adobe, Amazon, Dell, Google, Hewlett-Packard, IBM, Nvidia, Oracle, Samsung to name just a few. This means talent acquisition won’t necessarily be the most difficult problem for Tesla moving forward, and the possibility of a significant ratio of Tesla’s existing employees potentially following the automaker to Texas is high, according to Ives.

Texas also has the second-highest number of EVs registered in the country, trailing behind Tesla’s previous home state of California, though Tesla must ship any Texas-built EVs out of state in order to actually sell them within state lines due to dealer protection laws.

This move doesn’t necessarily mean Tesla is totally done with California. In fact, Musk says it means the exact opposite. At the same shareholder announcement in October, Musk noted that Tesla planned to increase its Fremont plant’s output by around 50 percent, all while opening Gigafactoryies in Texas and Germany.

Meanwhile, Musk announced that he too has moved his primary residency to Texas, a state with no personal income tax (which is good news for his recent stock sales).