On Oct. 31, Sir Sean Connery passed away at the age of 90. The Scottish cultural icon moved to Nassau in the Bahamas in the early 1990s, which is where he went in his sleep, surrounded by his family. Sir Connery is mostly known for being the first movie actor to play British secret agent 007, only to then become James Bond for another six movies of the franchise. With his natural charm and masculine charisma, Connery’s Bond soon turned Aston Martin DB5s into highly expensive collectibles, pushing Aston Martin to a point where it’s making track-only continuation cars at $3.5 million a pop.

However, while Connery hasn’t made Aston Martins any better or worse, his height of 6 feet, 2 inches did call for a pair of unique 2000GTs made by Toyota specifically for the 1967 movie adaptation of Ian Fleming’s novel You Only Live Twice. One of those movie cars now lives in the Toyota Automobile Museum, being the rarest version of Japan’s first proper sports car. 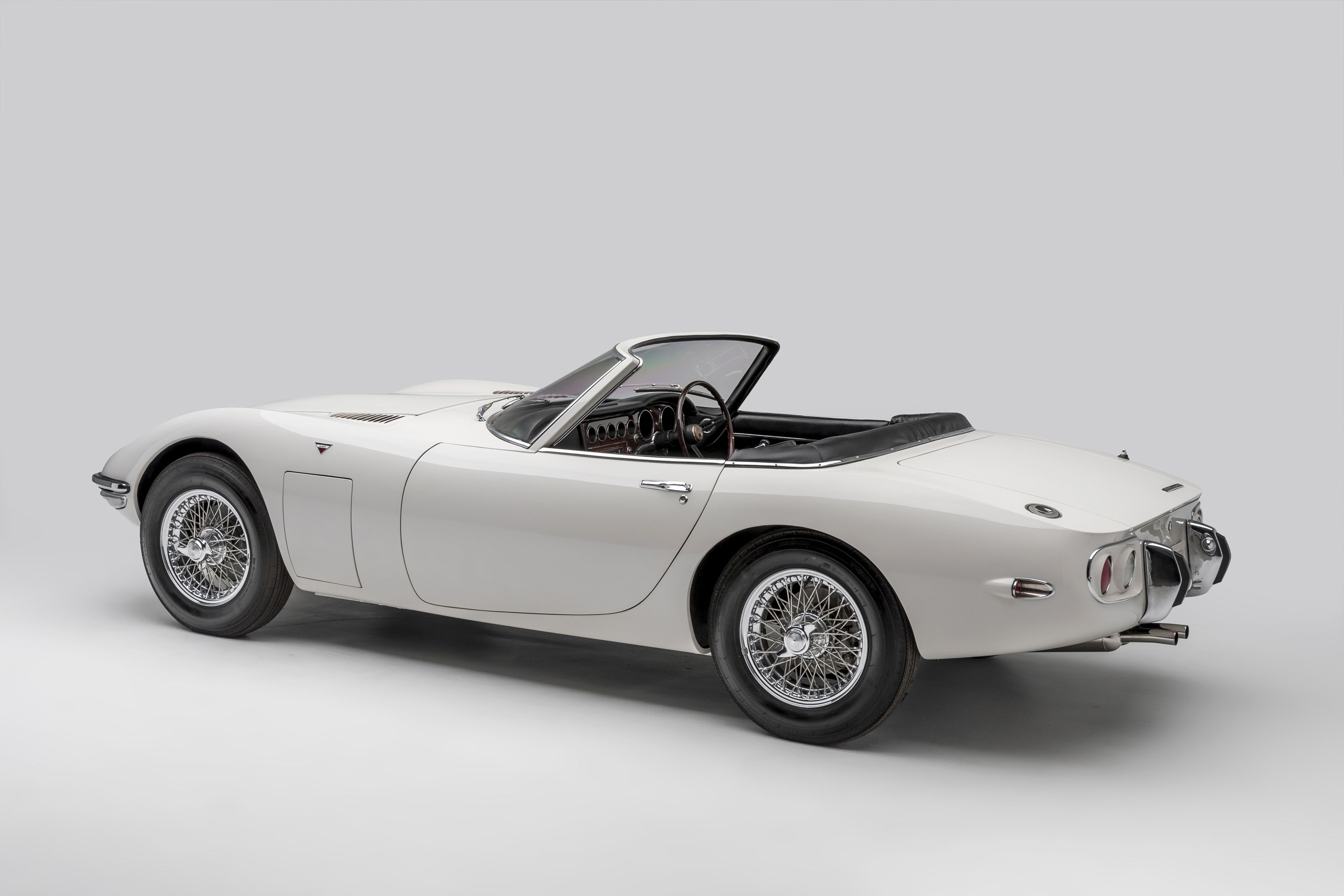 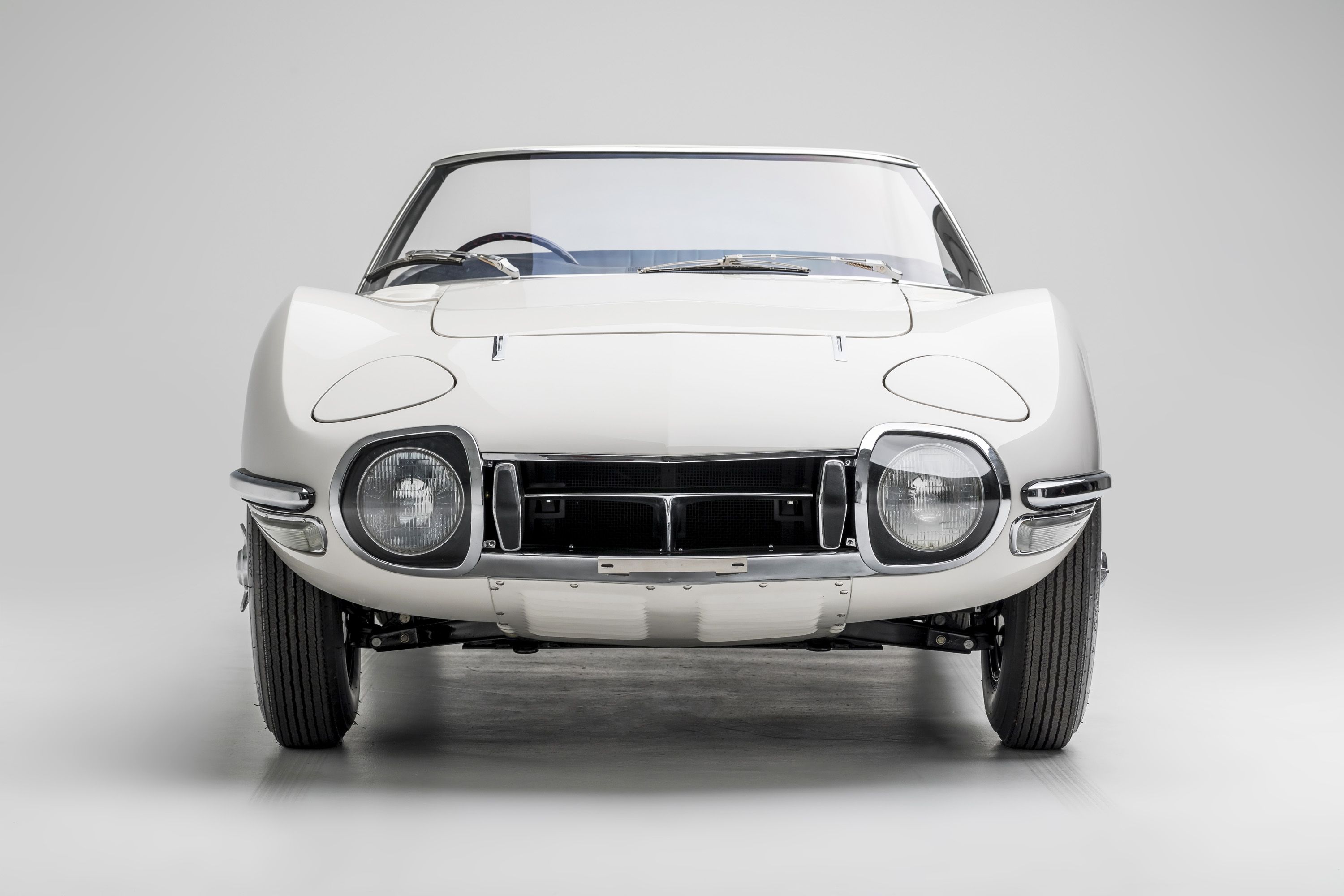 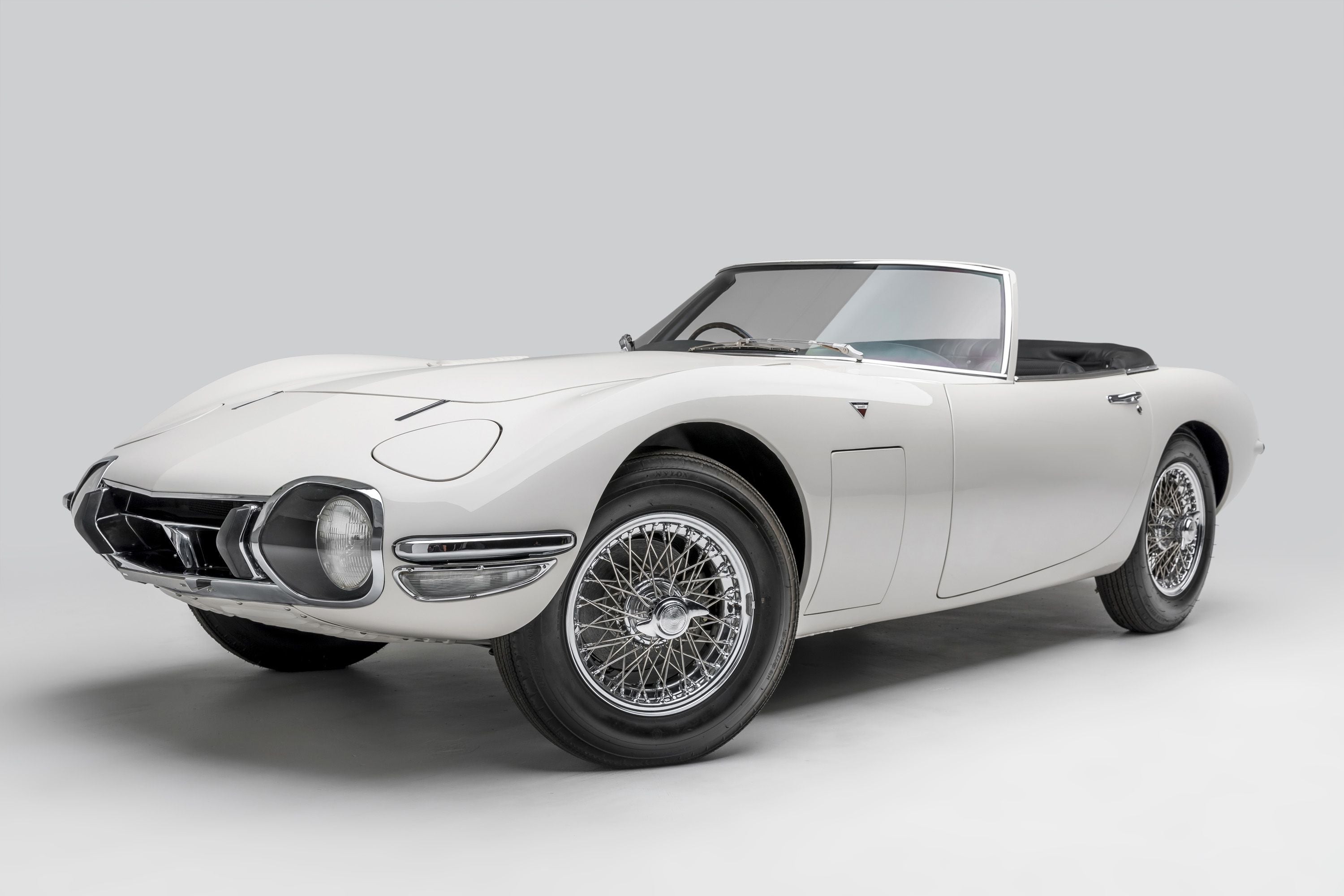 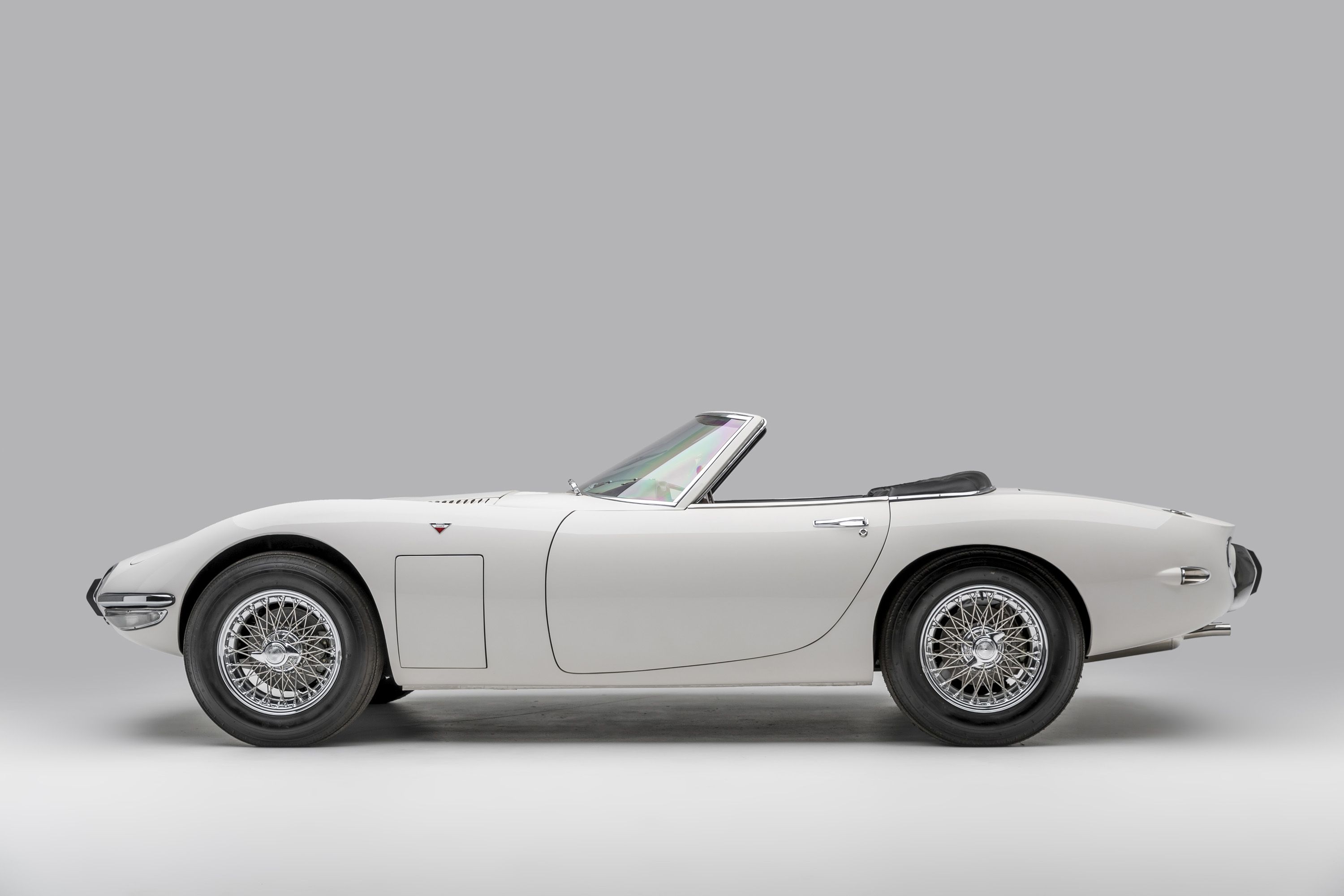 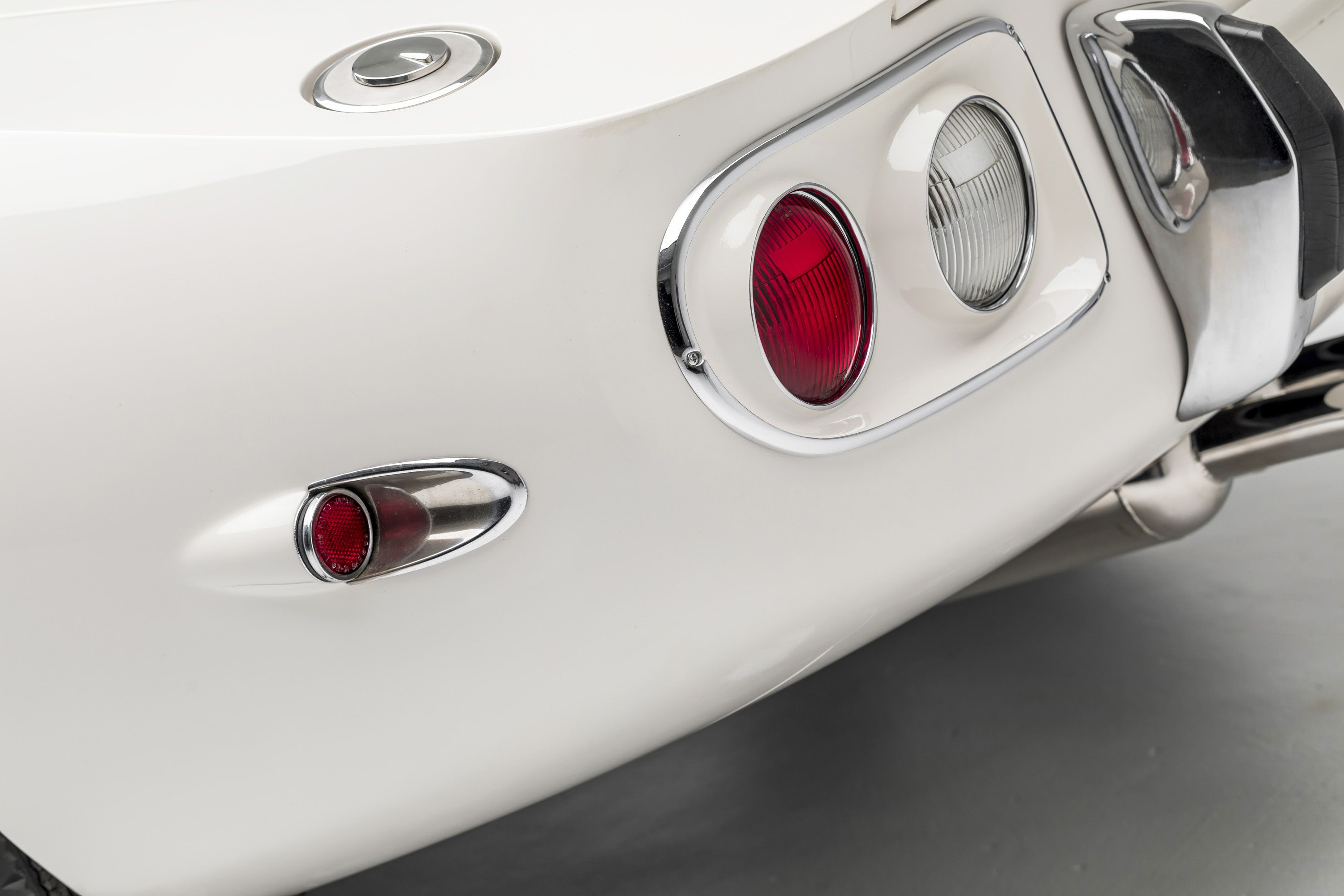 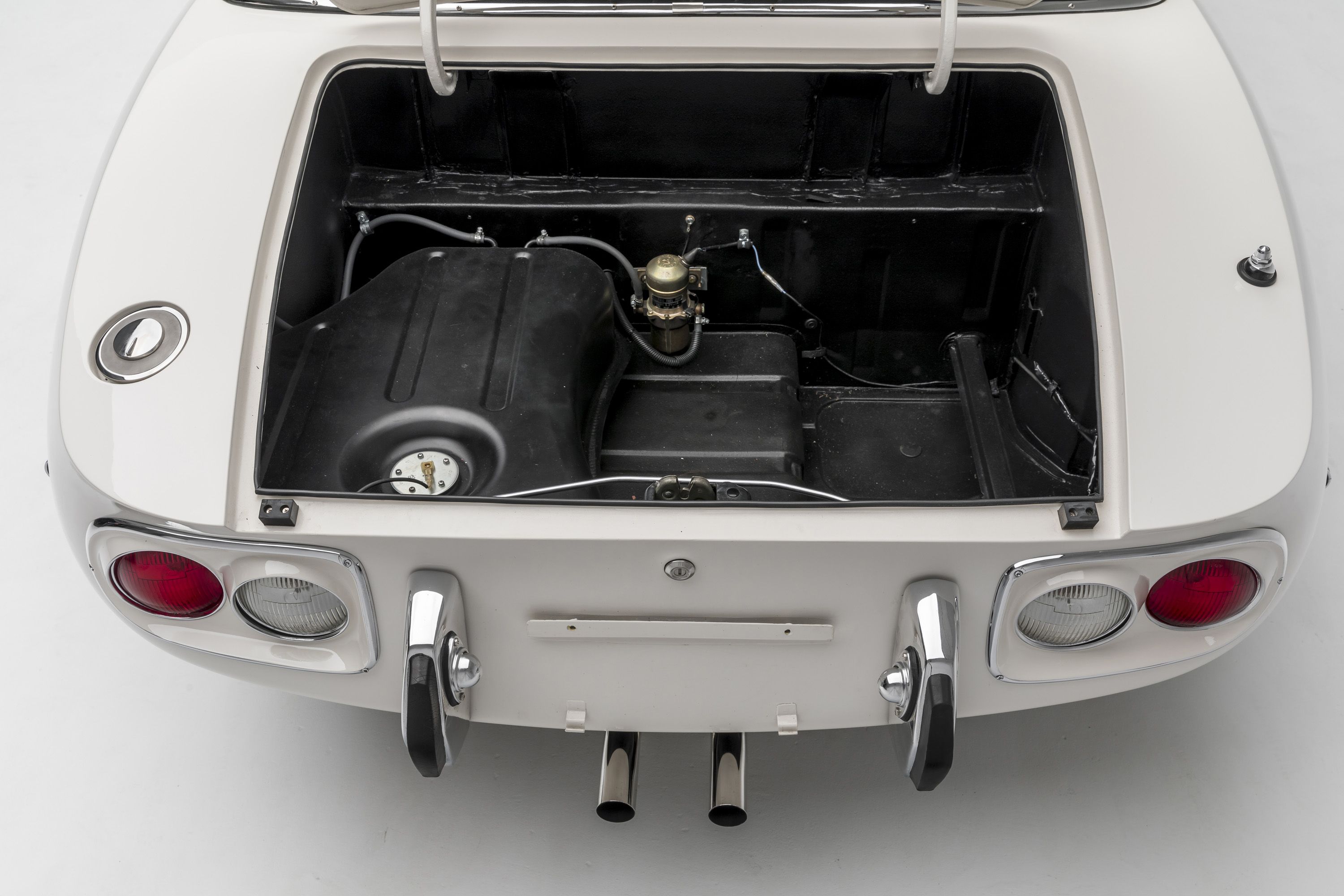 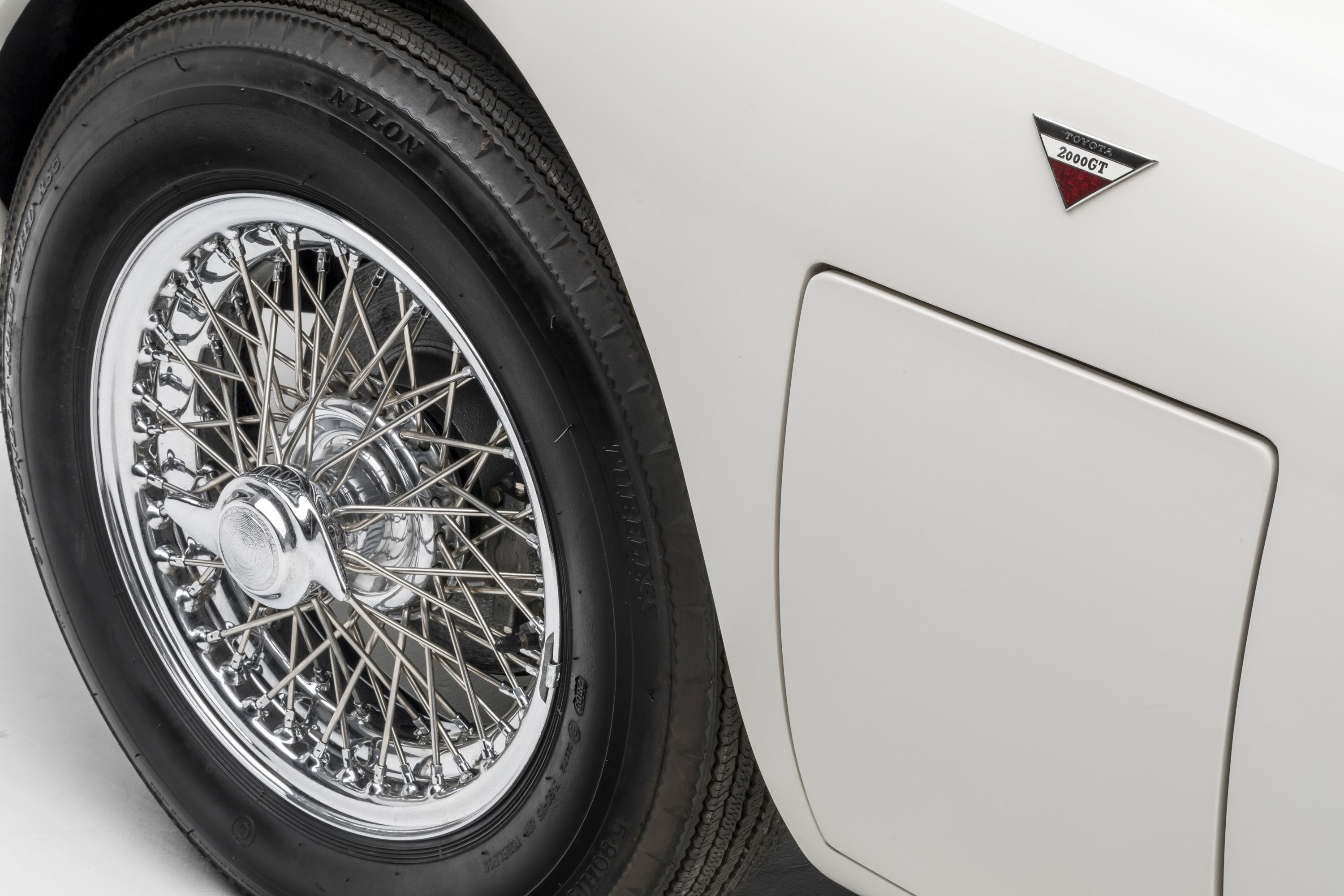 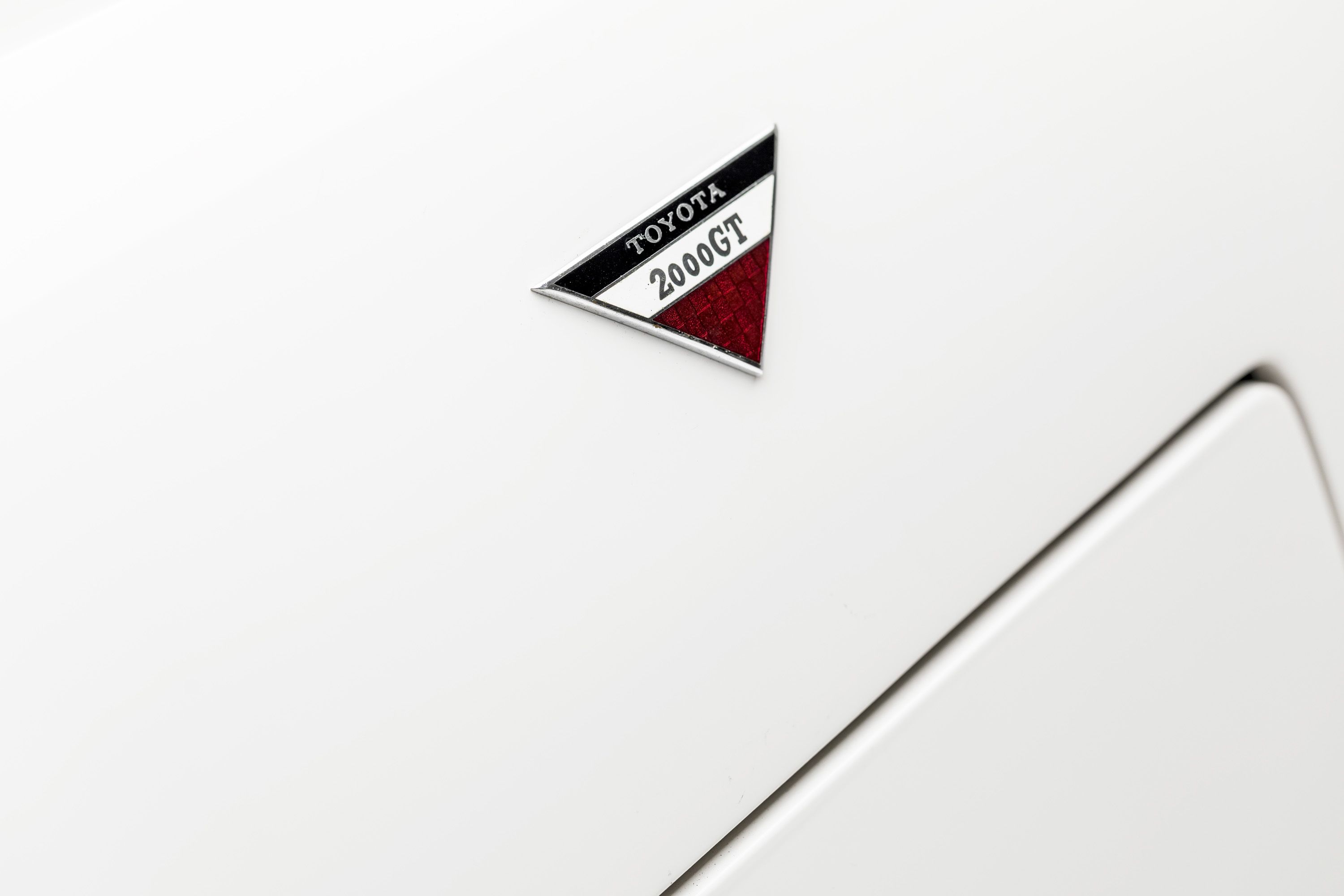 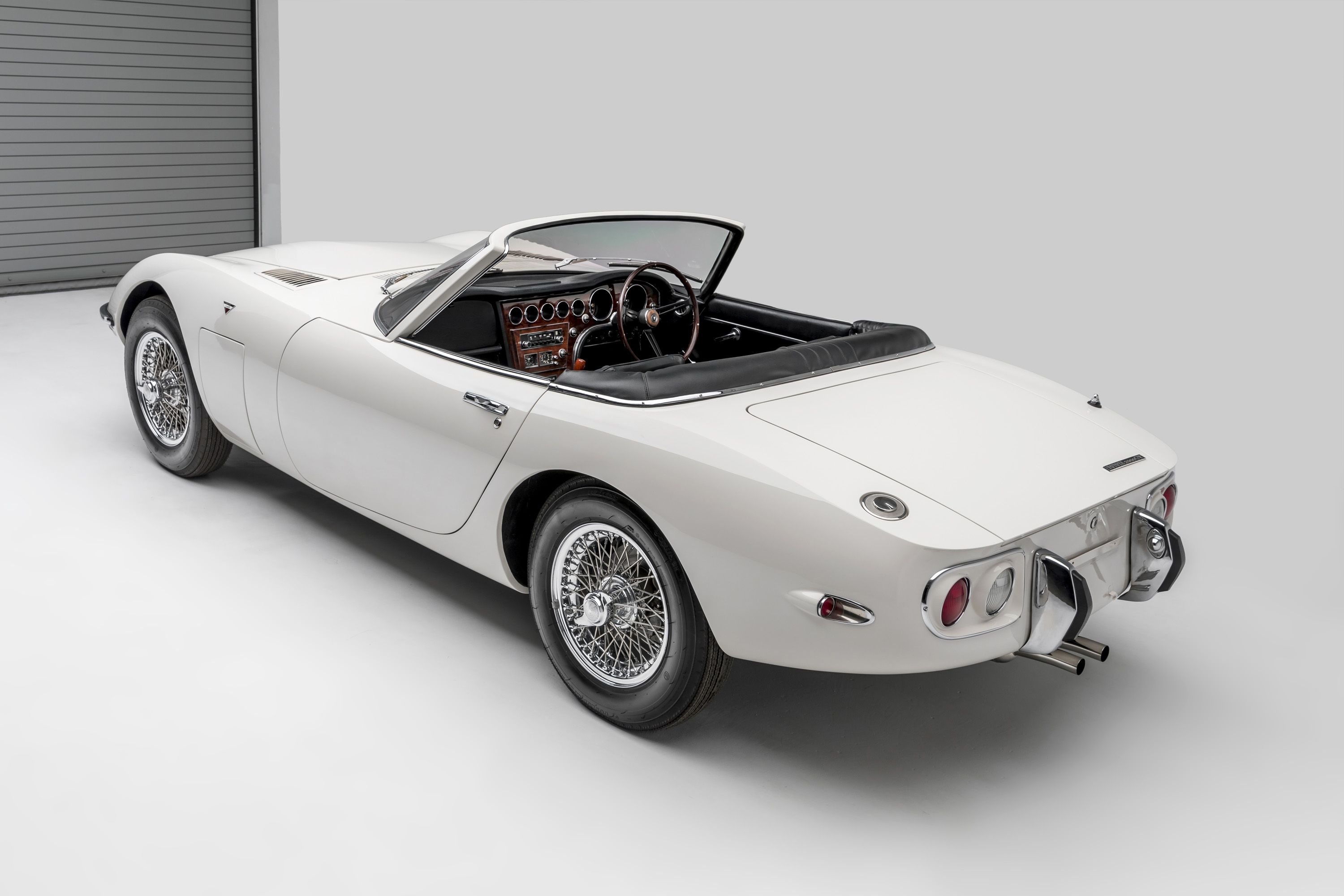 Built in limited numbers by a joint venture between Toyota and Yamaha, the 2000GT came with everything one could expect from a sporty gran turismo in 1967, including a stylish exterior, a luxurious cabin, double wishbone suspension, a 2.0-liter straight-six engine fed by three Webers, and a five-speed stick shift. In later years, the engine grew to 2.3 liters and a three-speed automatic gearbox joined the options list. However, a functioning soft top wasn’t in the cards—not even for James Bond.

The Toyota team first proposed a targa top, but the production requested a convertible to better shoot the actors’ faces. Toyota had two weeks to make it happen, and having removed the roof, they also lowered the car by about an inch. The windshield was then swapped for a removable acrylic piece to make filming easier. 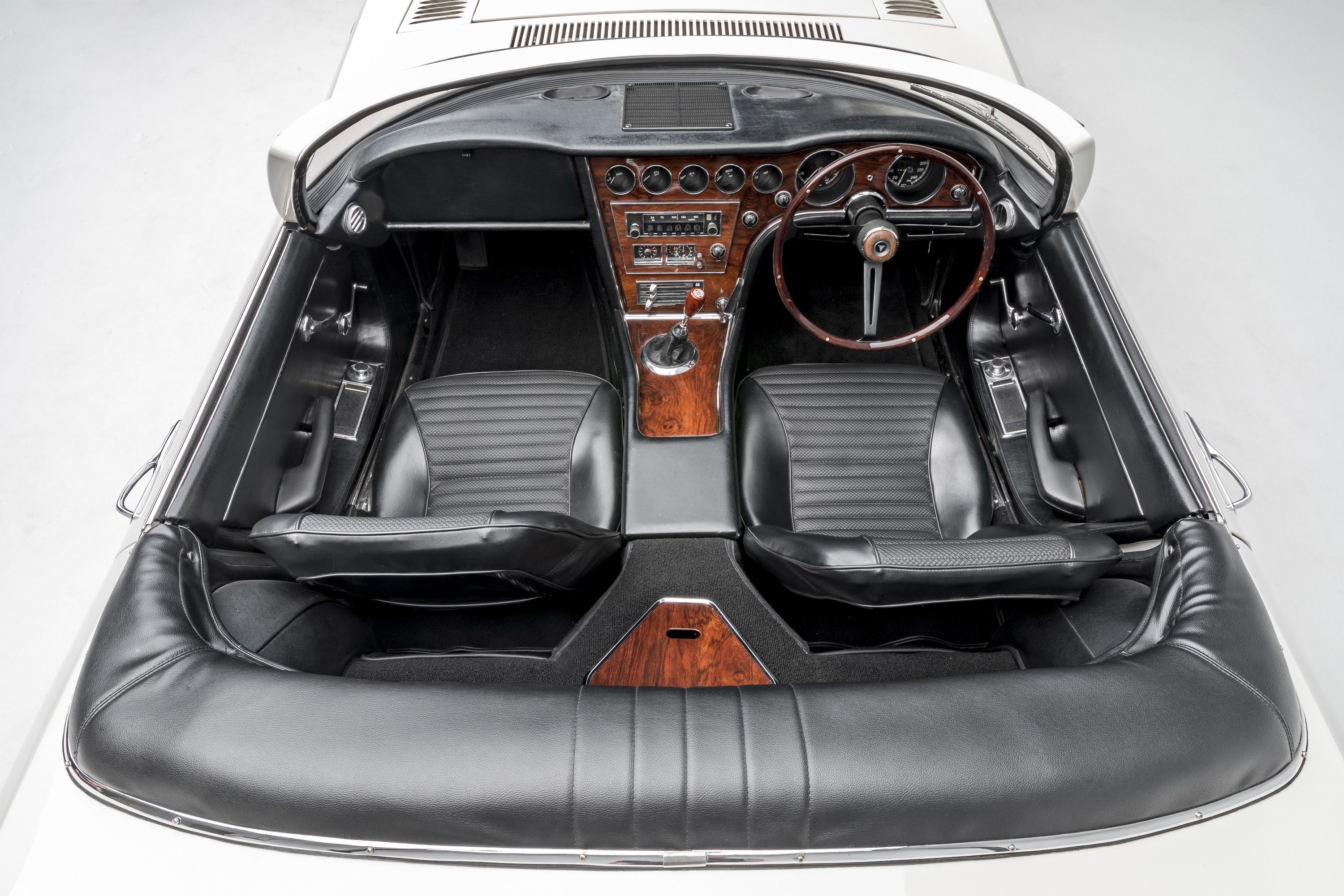 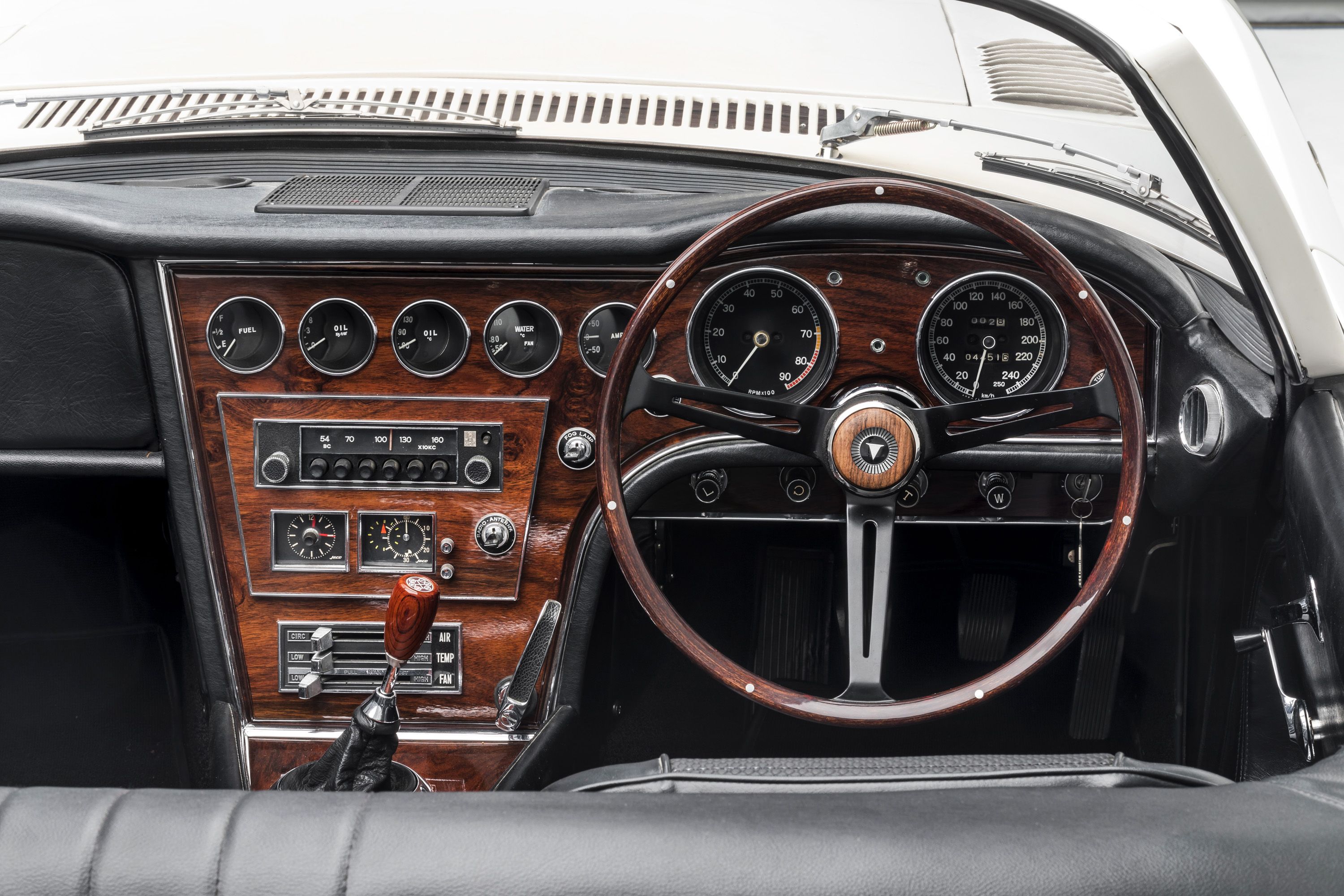 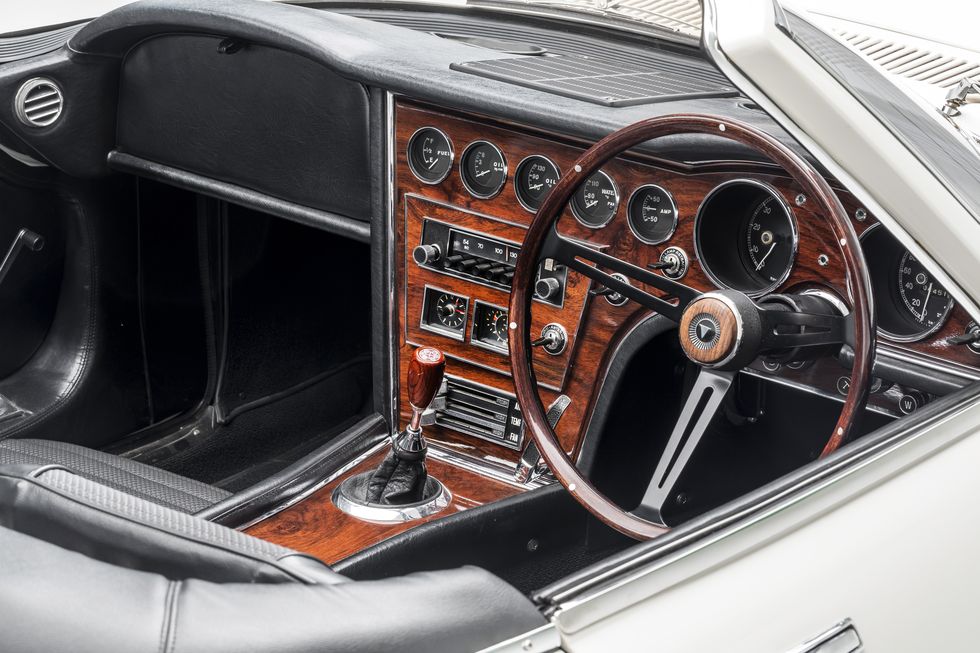 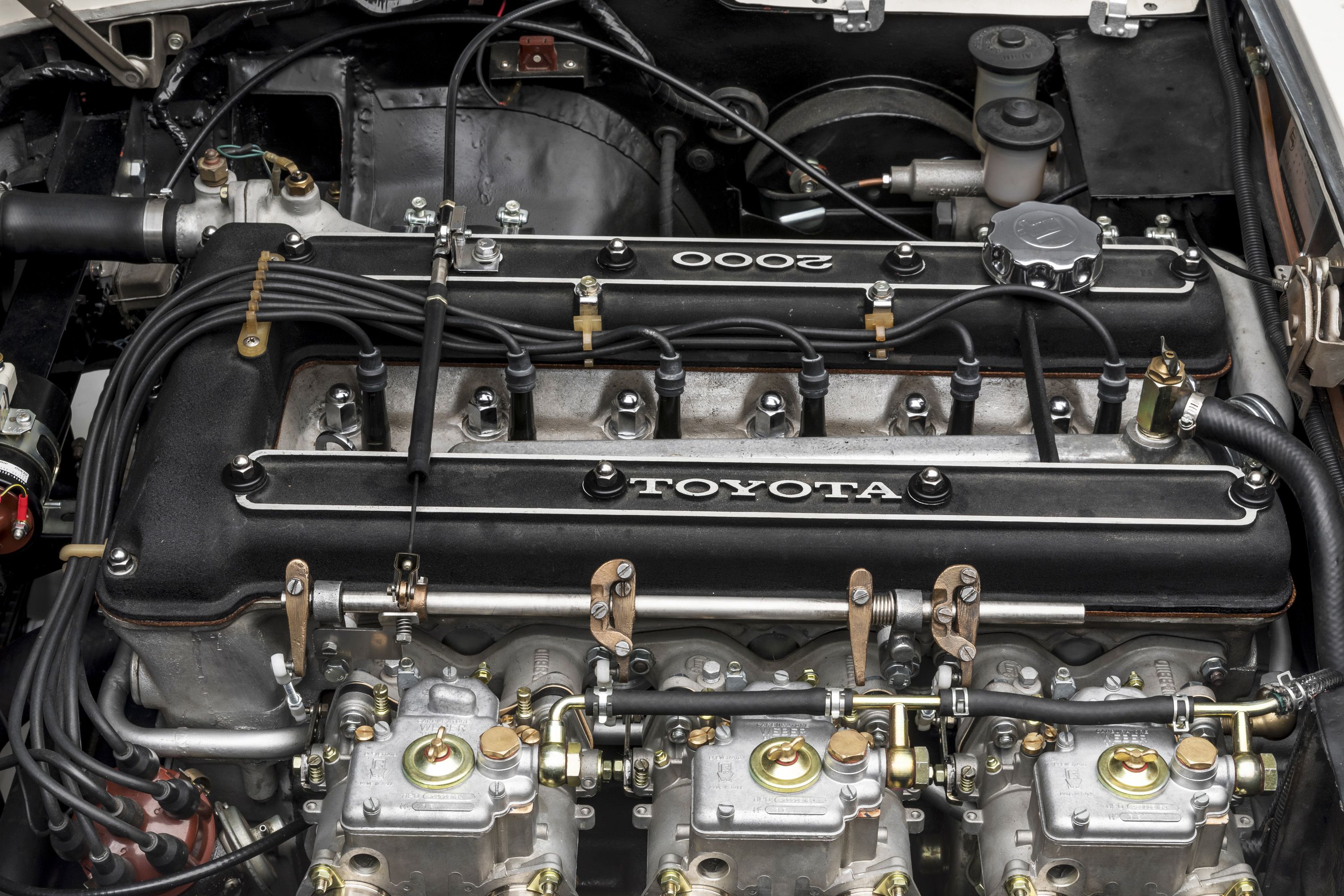 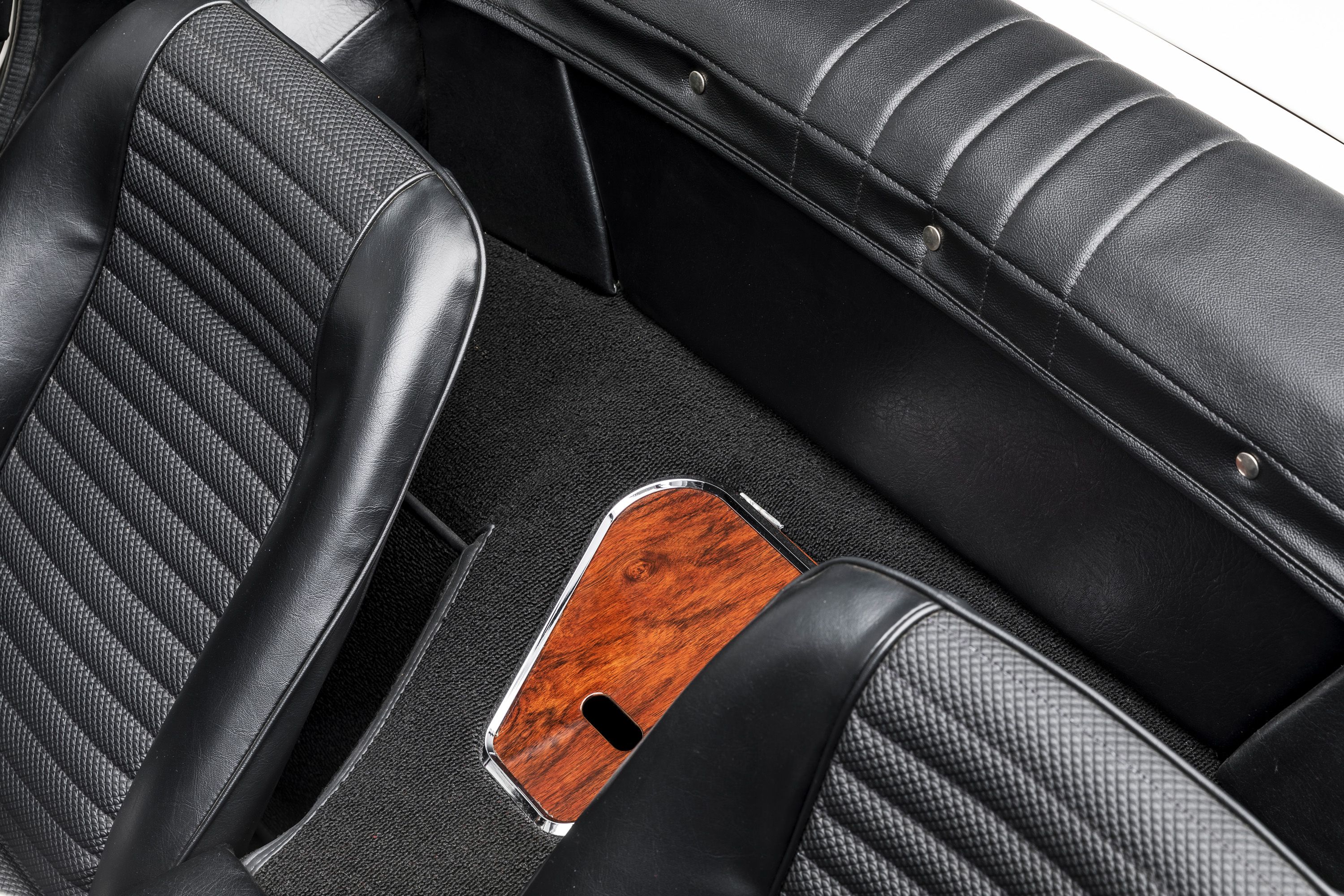 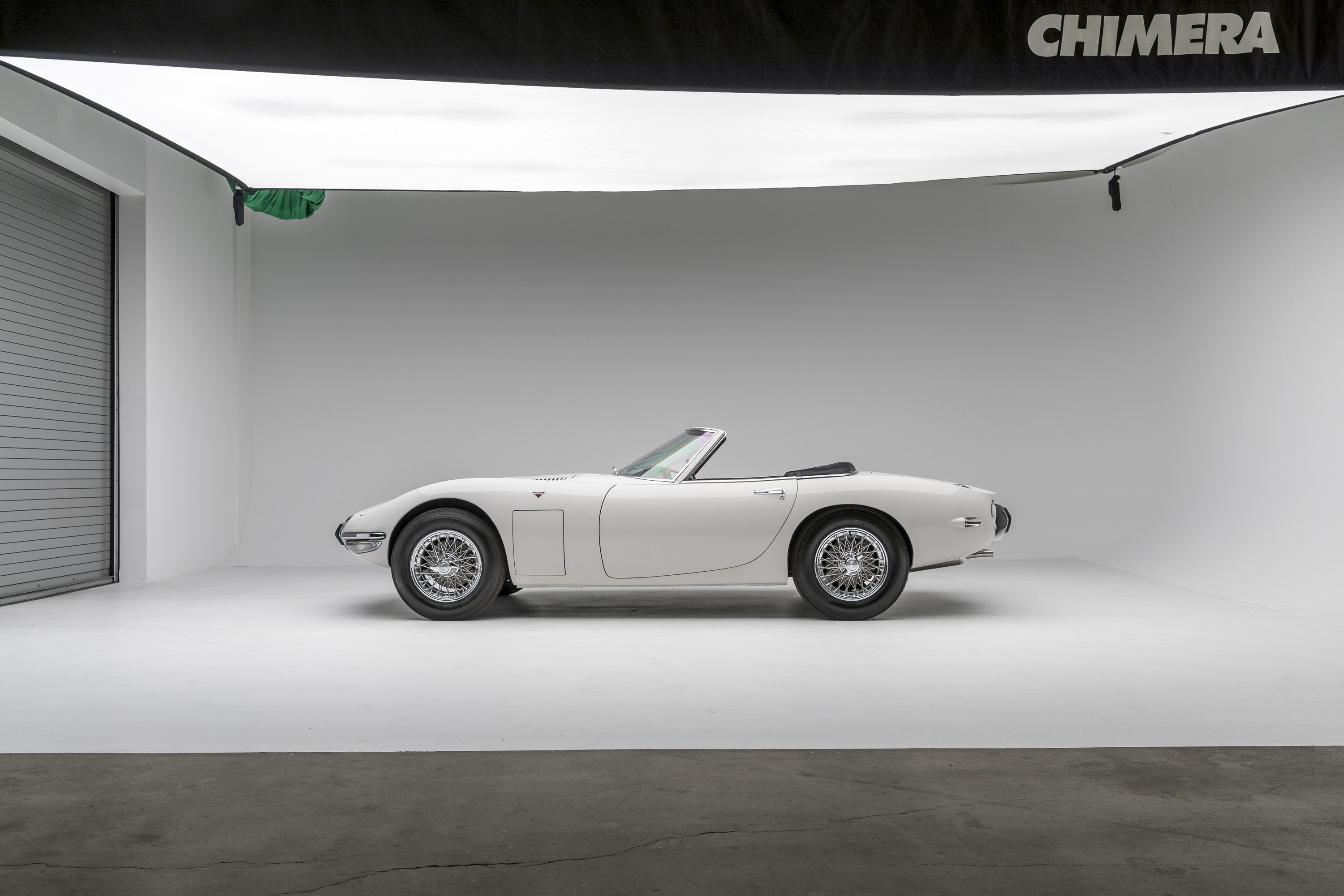 The movie premiered in June 1967, just a month after the 2000GT’s launch. On screen, Connery wasn’t even driving the 2000GT convertible finished in Old English White. Instead, while being on assignment in Japan, Mr. Bond was saved and aided by the island’s best agent, Aki, played by fierce driver Akiko Wakabayashi.

With all due respect to Japan’s secret intelligence service, RIP for that 1966 Toyopet Crown sedan.

One famous car collector who surprisingly owns neither an Aston Martin DB5 nor a Toyota 2000GT is Jay Leno, who back in 2012 was lucky enough to drive Toyota’s Bond car around the museum’s parking lot in Nagakute, Japan.

After being used for a promotional tour around the United States, the convertible was discovered by a Toyota employee in Hawaii, after which the company brought it back to Japan for a full restoration. Until 1970, only 351 2000GTs left the Yamaha Motors factory, all in coupe form.

As for Sir Connery, he gave up playing James Bond until returning one more time in 1983 in Jack Schwartzman’s Never Say Never Again, in which he gave up cars for a jet-powered Yamaha XJ 650 Seca Turbo, being chased by a Renault 5 Turbo 2, as well as a ’74 Chevrolet Camaro around the French Riviera.

END_OF_DOCUMENT_TOKEN_TO_BE_REPLACED

END_OF_DOCUMENT_TOKEN_TO_BE_REPLACED
We and our partners use cookies on this site to improve our service, perform analytics, personalize advertising, measure advertising performance, and remember website preferences.Ok