The 2022 Genesis G70 Will Get Drift Mode, a Valved Exhaust, and a New Sport+ Mode We’ve already seen the 2022 Genesis G70’s sleek new design but now Hyundai’s luxury division is revealing a bit more on what to expect under the skin.

In its home market of Korea, the G70’s mid-cycle refresh will not come with any new engines. Getting carried over are the same 2.0-liter turbo and 3.3-liter twin-turbo V6 from the current car. This appears to contradict previous reports that said the facelifted sport sedan would receive a 2.5-liter four-pot and a 3.5-liter V6. Although there’s technically still time for Genesis to announce those engines for the U.S.-market 2022 G70, we wouldn’t hold our breath.

Something that definitely won’t get carried over, though? The manual transmission.

Despite the lack of new powertrains and a canceled clutch pedal, don’t think Genesis hasn’t put in work to make the revised G70 more appealing to drive. Coming to the KDM car is a new “Sport+” driving mode standard on all trims which provides more aggressive powertrain tuning and, presumably, heavier and stiffer steering and damping. V6 cars also get a Variable Exhaust Valve System if configured with the Sports package as well as drift mode when equipped with all-wheel-drive. 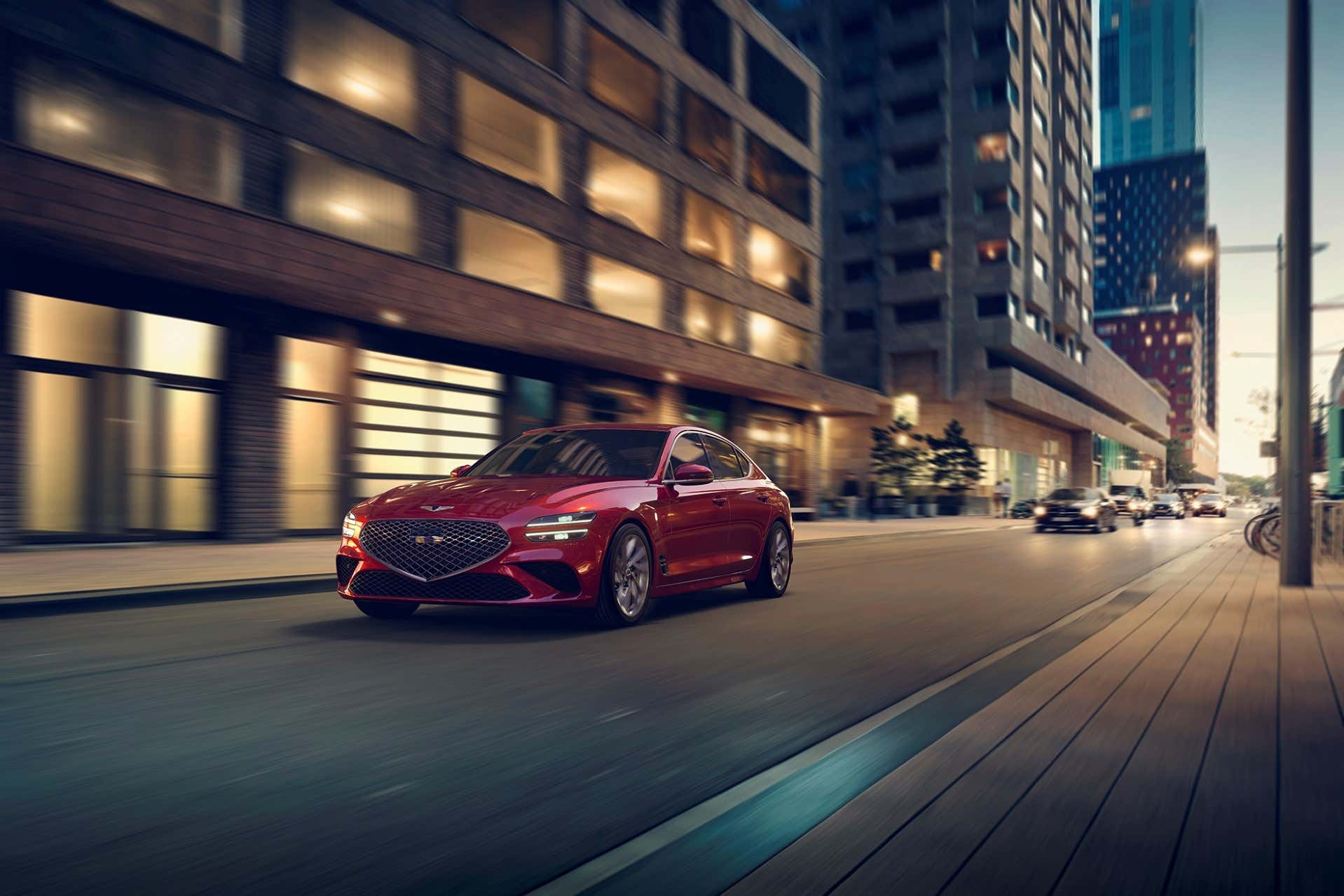 Valved exhausts let drivers choose how loud and obnoxious they want their cars to be at any given time and can usually adjust its own volume depending on the current drive mode. Drift mode, meanwhile, presumably shuffles most if not all of the torque to the rear axle for easier sideways action.

It’s not all hooliganry for the 2022 Genesis G70, though. The updated compact luxury sedan also gets a bigger 10.25-inch infotainment screen with a “Genesis-exclusive” user interface and over-the-air updates. Its instrument cluster has been enlarged for easier reading and its wireless charger will now juice up your phone quicker than before. Acoustic glass is now used for the windshield and front windows, making for a quieter cabin.

All that said, we should make it clear that all of these enhancements have only been officially confirmed for the Korean-market G70 that’s going on sale in that country soon. A Genesis Motor America spokesperson declined to comment when we asked whether or not the updates would make its way to the States but in any case, expect the 2022 Genesis G70 to reach U.S. dealerships sometime in 2021. 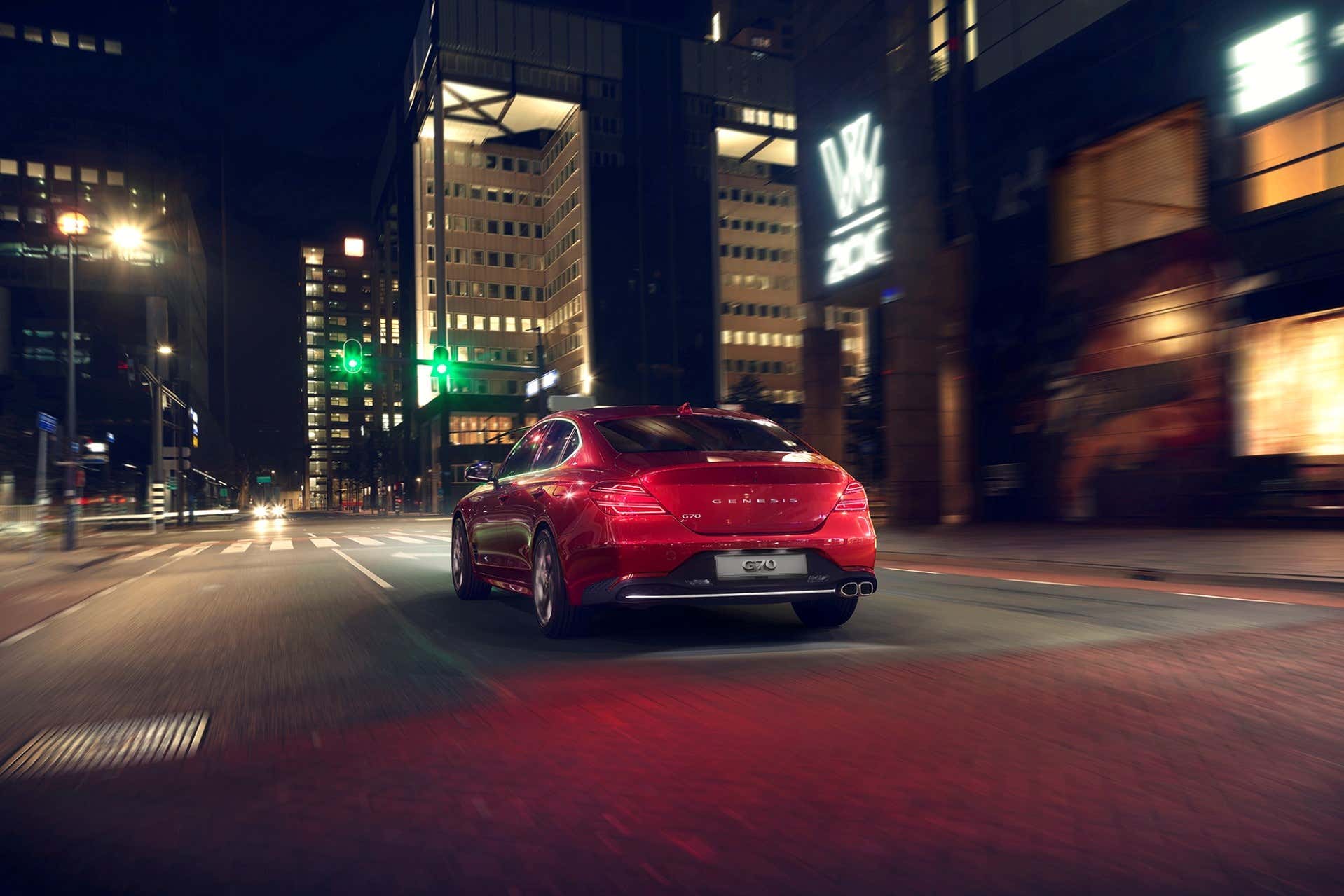