Home » The atrocities of some Taxi / Autorickshaw drivers 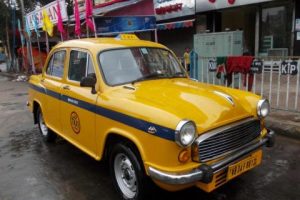 Irrespective of our career and geographic location or even the number of rides in our garage, we can’t deny that we use taxis for transportation – be it short or long trips.

dev2deva recently shared this with other BHPians.

Irrespective of our career and geographic location or even the number of rides in our garage, we can’t deny that we use taxis for transportation – be it short or long trips. I’m not blaming all the taxi fleet / drivers here, just sharing some of my bitter experiences I had during my few last trips.

1. Outstation Trip: Trichy – Kumbakonam: This happened in 2018 when I had to attend a relative’s marriage in Kumbakonam. I was in Kollam at that period. I had booked an AC Sleeper bus from Kollam to Trichy, since there were no direct buses available to Kumbakonam. I relied on plenty of local buses operating between Trichy and Kumbakonam. I had no idea that the buses will be crowded in that timeframe (school children, office, factory workers etc., also it was marriage season! )when I got off the Interstate AC Sleeper.

I came out of the Bus station, I called the taxi (MS Dzire) parked on the other side of the road. I told the driver about my destination. He quoted Rs. 2000 excluding tolls for the 2.5 hour, 90 km trip. Maybe I found the price reasonable or maybe I don’t know much about the place or maybe I’m just an introvert who doesn’t talk much, so without negotiation, I got in the car at about 7.30 AM and within minutes I was asleep. Though the roads were not that good and full of potholes and patches, the skilled driver took me to my destination without waking me up. As I was sleeping, he had paid the toll charges (no complaints on that).

When I got off the taxi, I asked him the total amount I had to pay including toll costs. He asked for Rs. 3200/-. Even if the toll charges were Rs. 150 or Rs. 200, the total would be Rs. 2150. He told me that he quoted Rs. 3000 for the trip, and I misheard what he said. When I refused to pay the extra cash, he threatened to call the Taxi Association Members to the place. I didn’t want to create a scene in front of the function home (or as I said, I don’t speak much) so I paid him.

2. Local Trip: Pollachi Town Bus Stand – Pollachi Omni Bus Stand Parking: The was in 2019, where I had to go to Madurai from Thrissur. Booked a sleeper bus from Pollachi to Madurai that departs at 8.30 PM. Since I had to take care of some errands in Kollengode, a town that is along the way, I was a bit late when I reached Pollachi Town Bus stand by 8.10 PM (the only place in the town which had pay to park lots for motorcycles). When I parked my bike and exited the parking lot, it was already 8.15 PM. The Omni Bus Stand was about 3-4 km away and I was already getting notifications from the booking app.

I looked around and called the first autorickshaw that caught my eyes. I told the driver my destination, and the 10 minute time left to catch the bus. The fare was Rs. 50. For a good 5-10 minutes, everything was going well. As we were waiting at the signal, 2 kilometers from the destination, the autorickshaw suddenly stopped. The driver pulled the hand lever a couple of times, but the auto didn’t start. He got down and tried to do the “push and start” maneuver. The clock was ticking and I was getting calls from the bus operator – it was 8.40 PM, I was already late. I got out of the auto with my bags still inside and I asked the driver to start while I pushed. As I pushed for just 5 feet, the auto started now and never stopped. The crooked driver left with my bags while I’m stranded on the street.

My fault here was blindly trusting the autorickshaw driver for my emergency. I missed the bus and lost my luggage on the same night. For a few minutes, I didn’t know what to do. Going to the Police might help but I can’t be sure when the bags will be recovered. I didn’t have any valuables in my bag, just clothes and stuff but hey, it’s my bag and it was robbed! It was about 9.30 PM now and shops were closing. I approached the nearest autorickshaw stand and told the incident to the group of drivers sitting there. I didn’t see the registration number but I remember the God’s name written on the front windshield of the auto when I called for it and the same God’s picture on the back glass, as the auto left with my bag. I told the details of the auto and within an hour, my bags were returned – in another autorickshaw. I was asked to pay Rs. 500 to them who made some calls and made the recovery. I was tired by the time, booked a cheap motel and slept it in. I had to cancel my plan and went back to Thrissur the next morning.

After the Pollachi incident, I have never booked or called for a taxi or auto rickshaw till date because I have always thought of myself as a smart person. Not only I was fooled, I was robbed and I feel ashamed for it. I have experienced a few more in the past, they are not write-worthy so I’m not putting them here.

I wouldn’t wish such incidents happen to others but can’t deny the fact that people haven’t been in such situations involving taxis and autorickshaws.

Fellow Team-BHPians, if you have been in such situations, please do share.

Thanks to dev2deva once again! Check out BHPian comments for more insights & information.