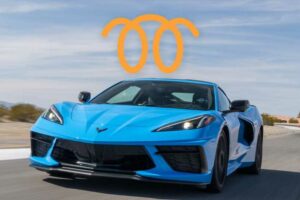 The odds are pretty good that your car doesn’t have glow plugs. Spark plugs, probably, but glow plugs are pretty much for diesels only—they’re used to introduce heat to the combustion chamber in compression-ignition engines. So why does the 2021 Chevrolet Corvette, which definitely isn’t powered by a Duramax, have a glow plug light on the dash?

This unusual detail received widespread attention in the wake of a Reddit post, showing a photo of what’s said to be a new C8’s instrument panel. The symbol depicted is identical to that of a standard glow plug light and, as the poster notes, it’s not explained in the Corvette’s owner’s manual in the dash light section spanning pages 84 to 92. Innocently, the Reddit poster called the light an Easter egg on GM’s part, though when we reached out to GM for an explanation, we learned that the reality isn’t so whimsical. 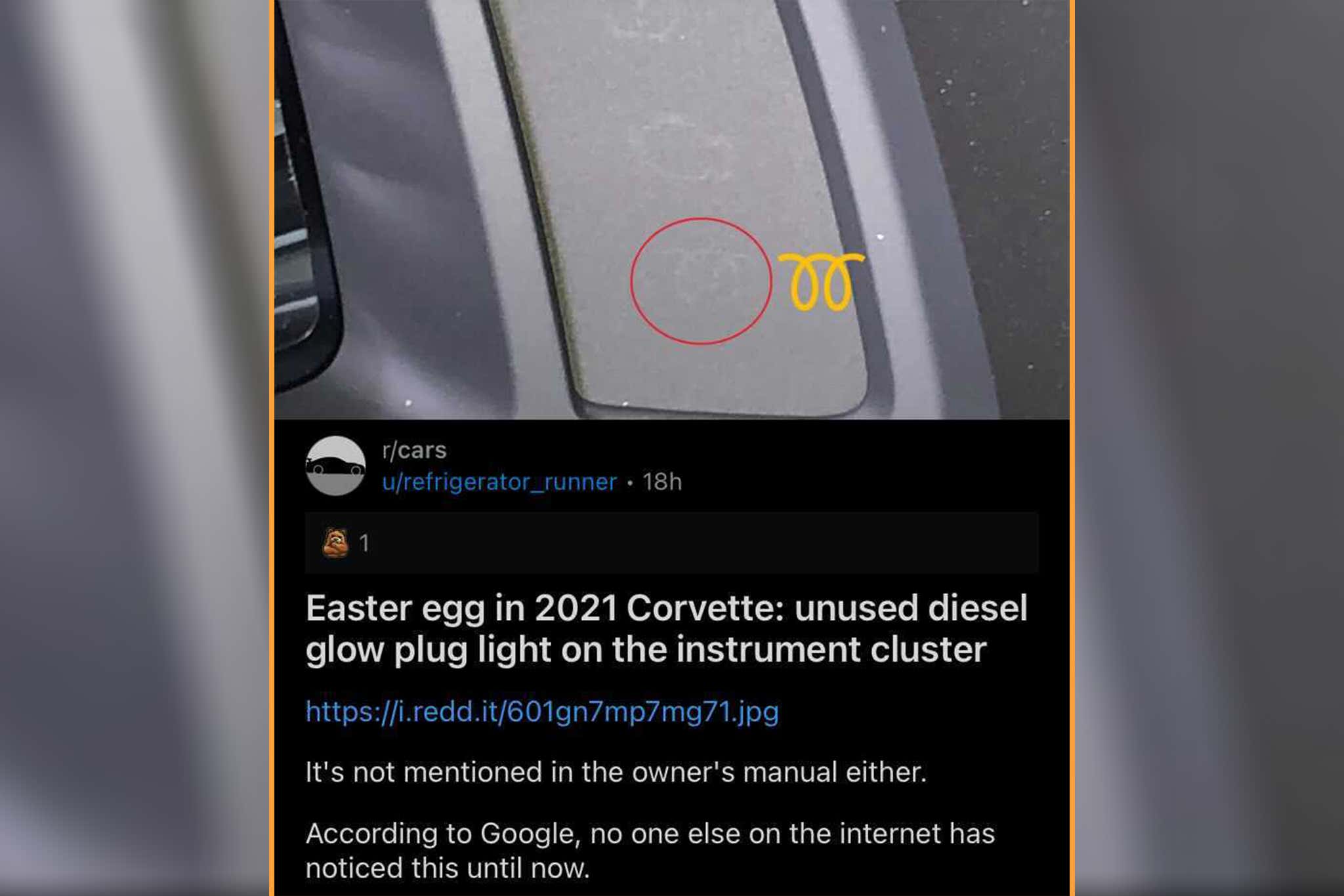 After confirming this light does indeed exist on the C8’s dashboard, a Chevrolet spokesperson explained that the symbol was only included because GM considered reusing the part on other vehicles. It’s also unequivocally not an early accommodation for a future Duramax diesel option and accompanying ZN1 tow package.

“That symbol was included as part of our standardization process as we consider component sharing,” explained Kevin M. Kelly, GM senior manager of product and brand communications. “It is not indicative of any plans to add the feature to Corvette and we plan to remove the icon in the future.”

It’s visible on plenty of other C8s, too, as Jalopnik pointed out. Scrolling through Corvette owner forums, we found another that shows the symbol directly below the check engine light. It’s pretty easy to find when you know what you’re looking for: 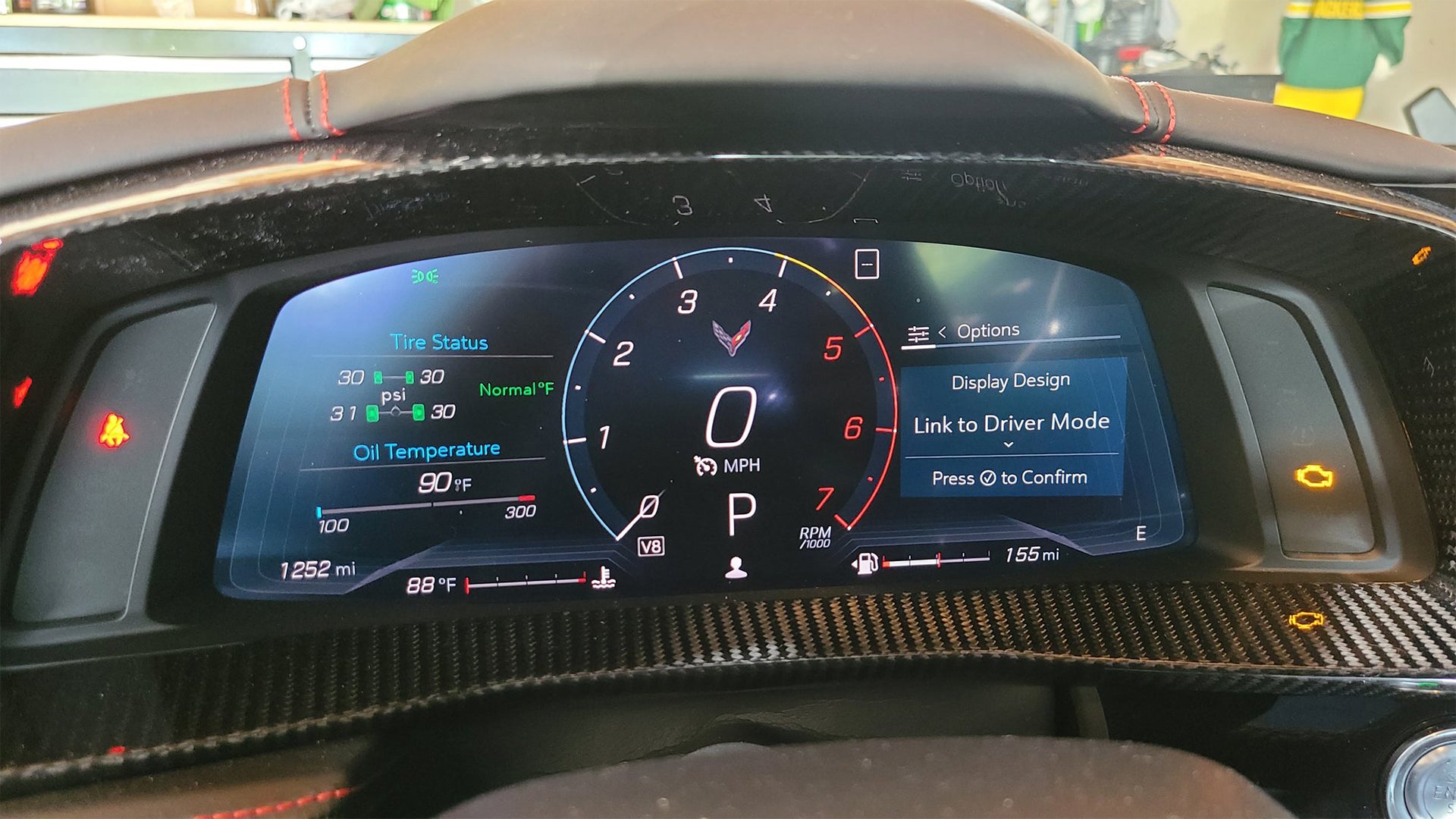 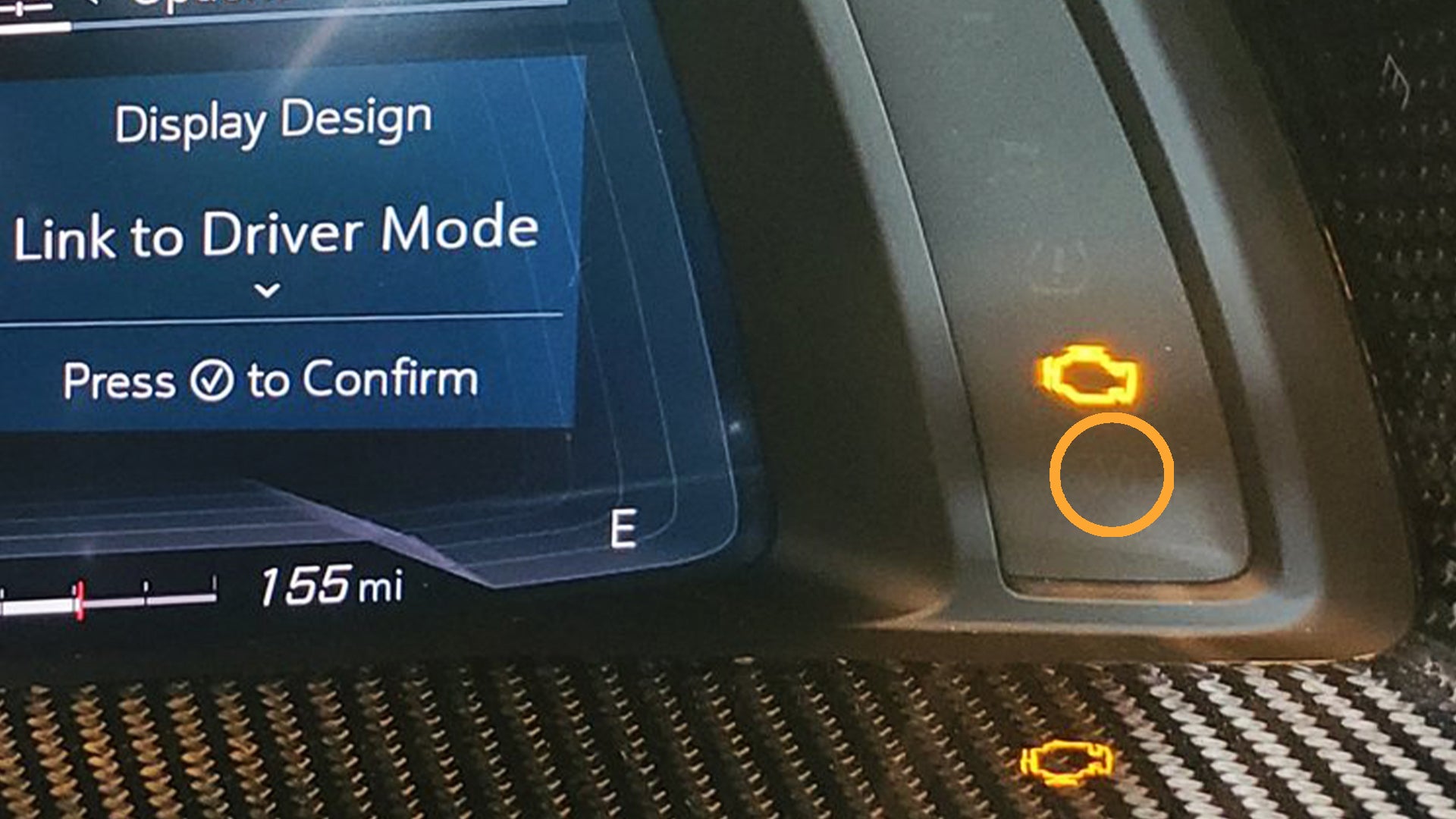 As silly as the prospect of a diesel Corvette is, with how its weight would compromise handling, it’s still an engine some people evidently want in their GM performance cars. So while GM has made clear it’ll never offer one from the factory, one will surely make its way into the C8’s bay someday—I’ve gotta say, it wouldn’t be the weirdest mod so far.