The Blower Continuation Series is a Bentley Mulliner project leading to the production of 12 new Bentley Blowers, each based on data obtained by the laser-scanning of the automaker’s own 1929 4½ Litre supercharged Team Car raced by Sir Henry “Tim” Birkin. Following “Car Zero,” the completed prototype that will now be subjected to top speed runs and an extensive durability testing program, Mulliner’s experts will build the dozen customer cars, all of which are pre-sold and specified.

Finished in gloss black with an interior in Oxblood red leather from Bridge of Weir, Car Zero took 40,000 hours to make entirely by hand, using the original drawings and tooling off Mulliner’s shelves. To get their special parts and materials, Bentley’s team has also reached out to a number of external British suppliers, including The Vintage Car Radiator Company, Israel Newton & Sons Ltd., engine specialists NDR and Vintage Headlamp Restoration International in Sheffield. In fact, for each car, 1,846 individual parts had to be re-designed in the digital space, 230 of which are assemblies, starting with the engine. Add all the fixings and interior trim parts, and the number of pieces climbs up to several thousand. 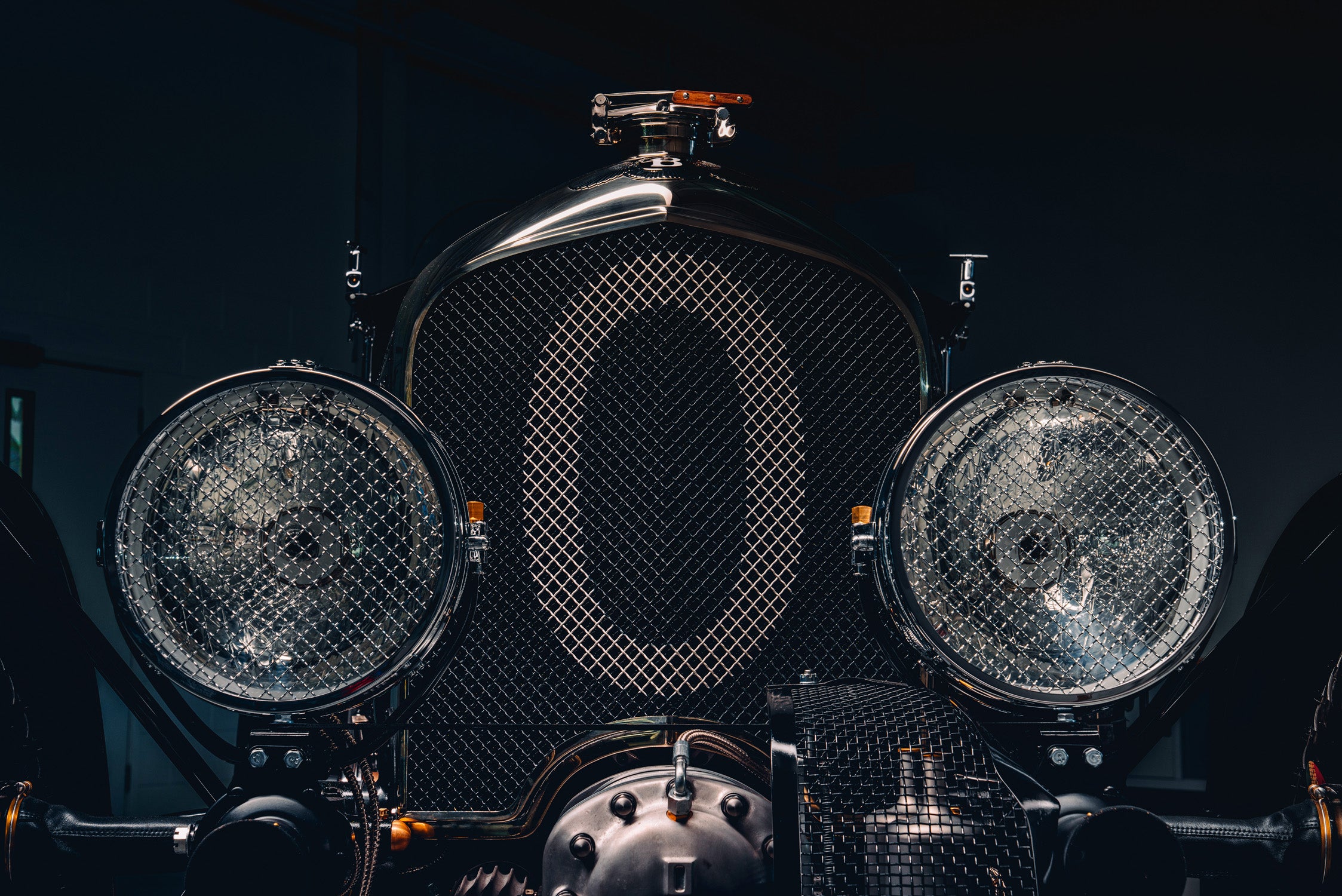 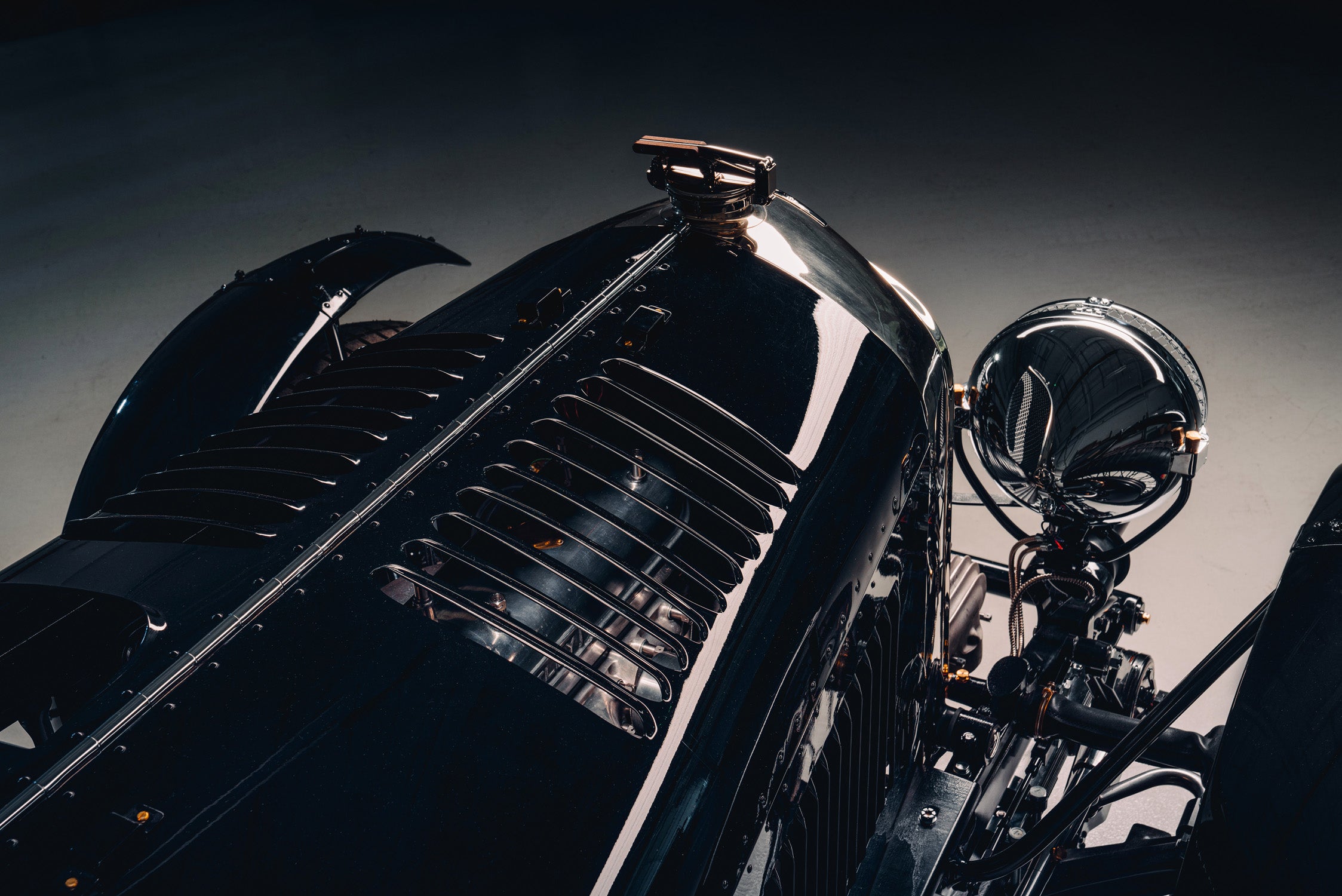 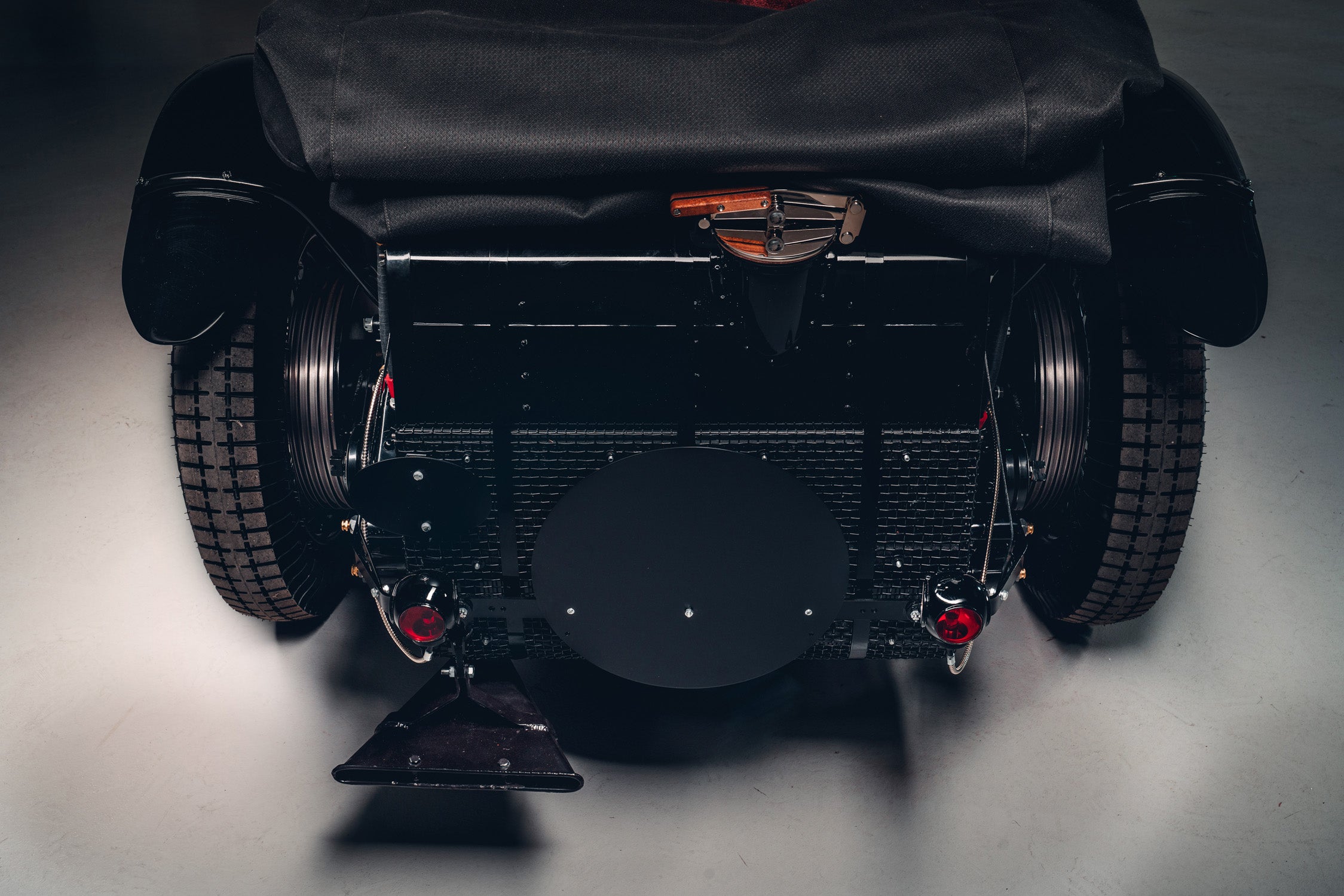 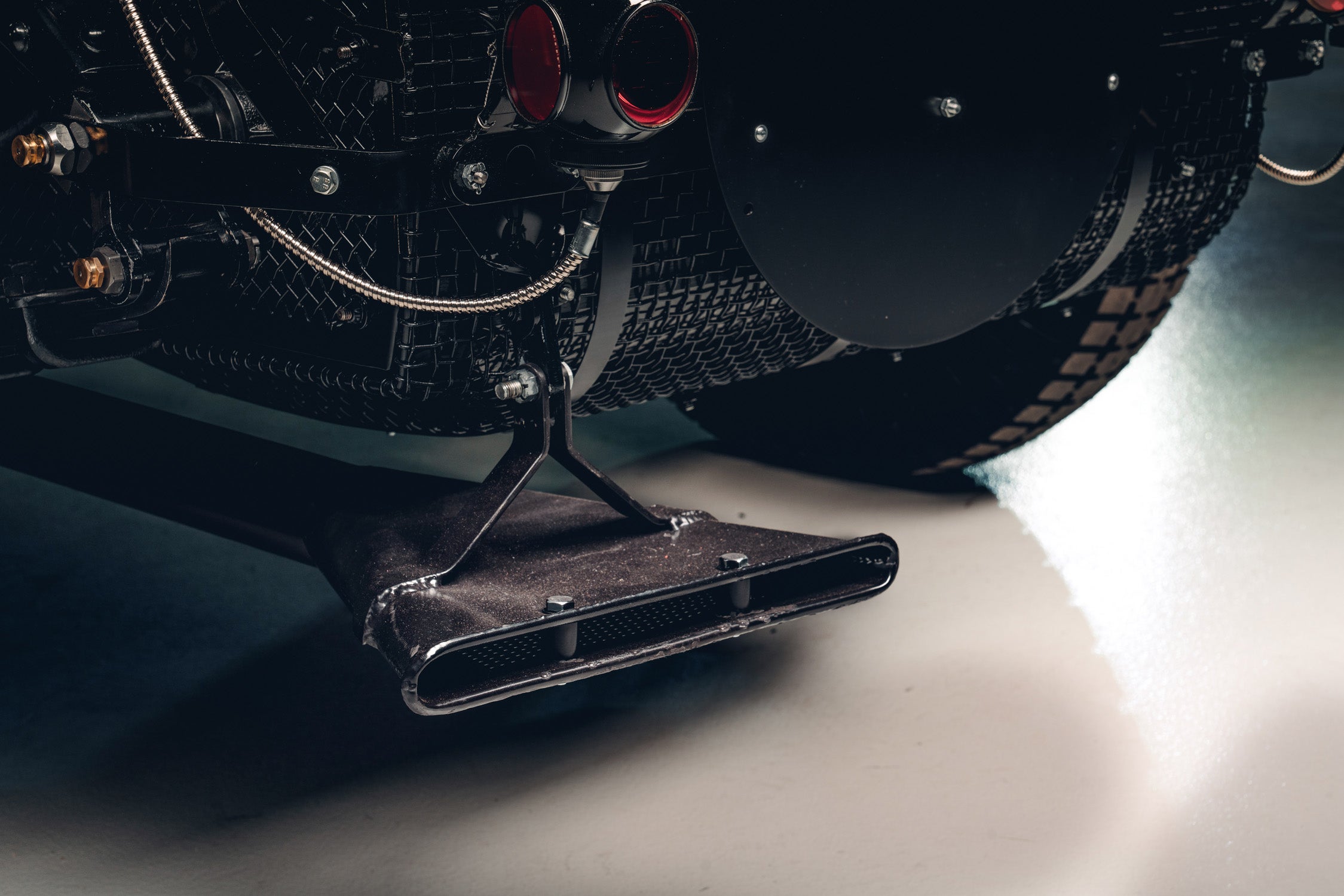 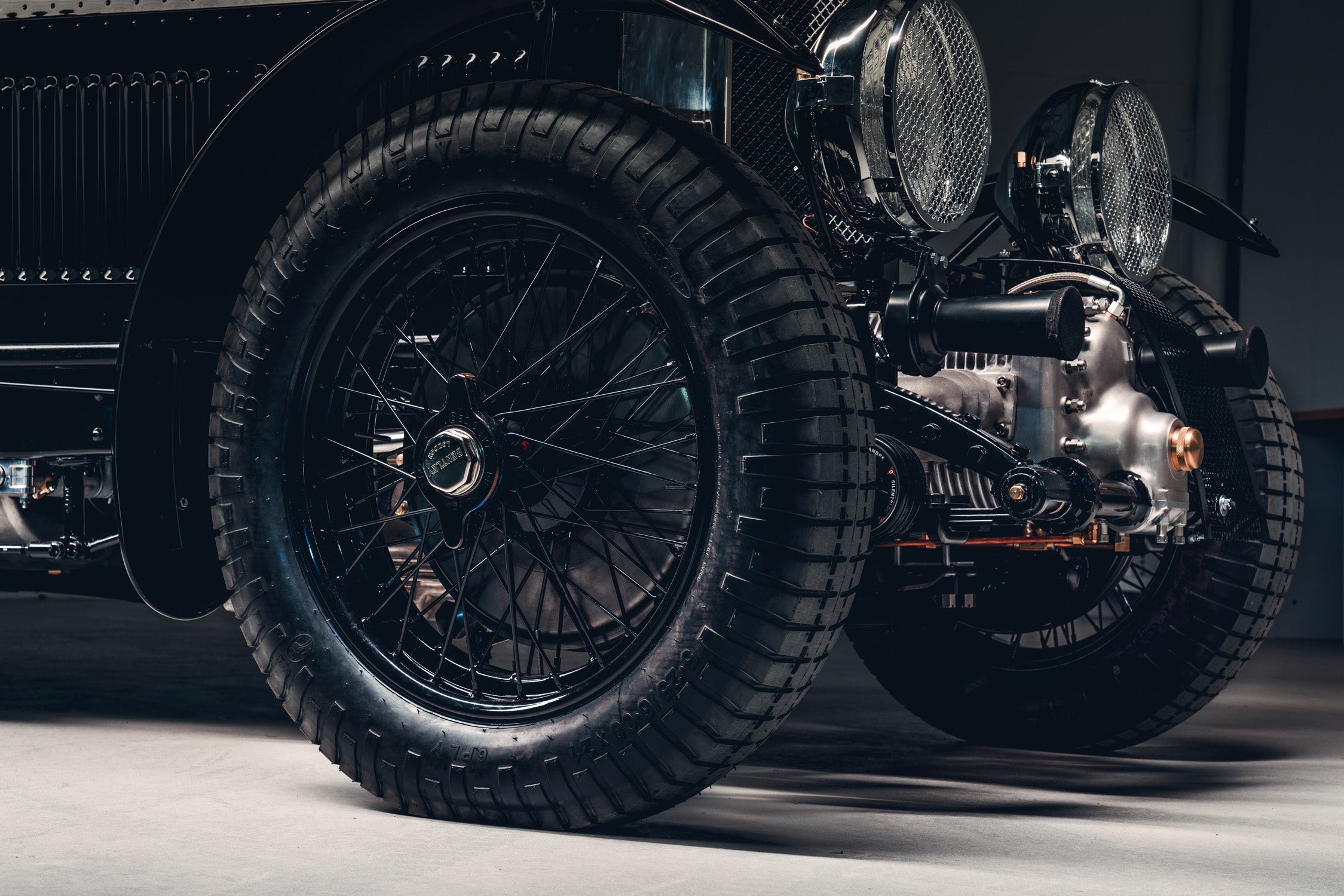 Historically, the fun aspect of the Blowers is that W. O. Bentley was absolutely against supercharging his massive four-cylinders. He even refused to modify the engine’s design, which is why once he lost control of the company, Bentley Boy Sir Henry Birkin had to make do with a Roots-type supercharger made by Amherst Villiers placed right at the end of the crankshaft, which put extra weight in front of the axle. As a result, while capable of producing up to 240 horsepower on a good day, the understeering and rather unreliable Blowers were repeatedly beaten on the race track by the naturally aspirated Bentley 4½ Litre cars, as well as others.

Still, with 55 blown 4½ Litre Bentleys made in period, the legend was born. Mulliner’s Car Zero features the best Blower engine there is, with aluminum pistons, an overhead camshaft, four valves per cylinder, twin spark ignition, a magnesium crankcase and a brand new Amherst Villiers supercharger machined from a solid block. 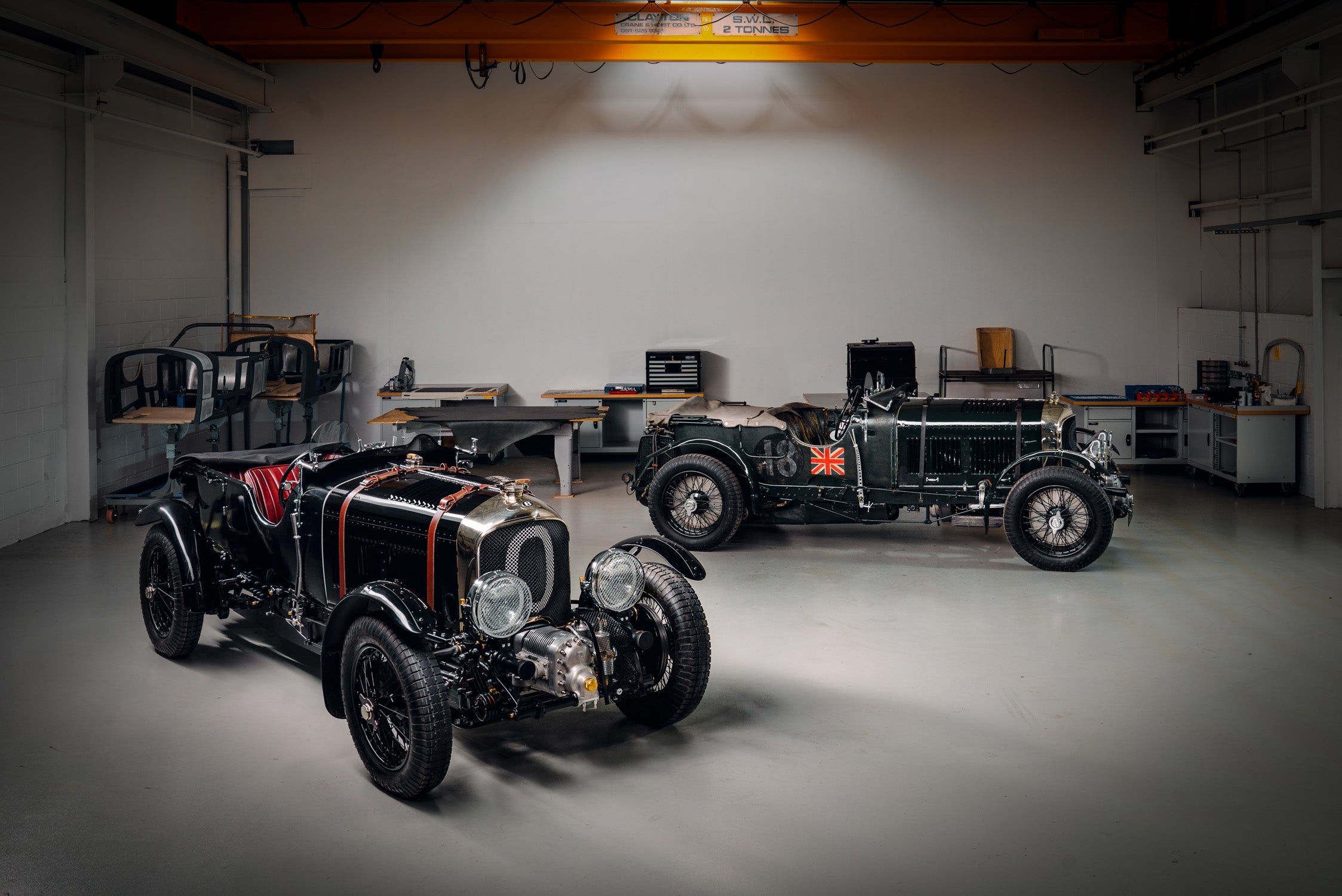 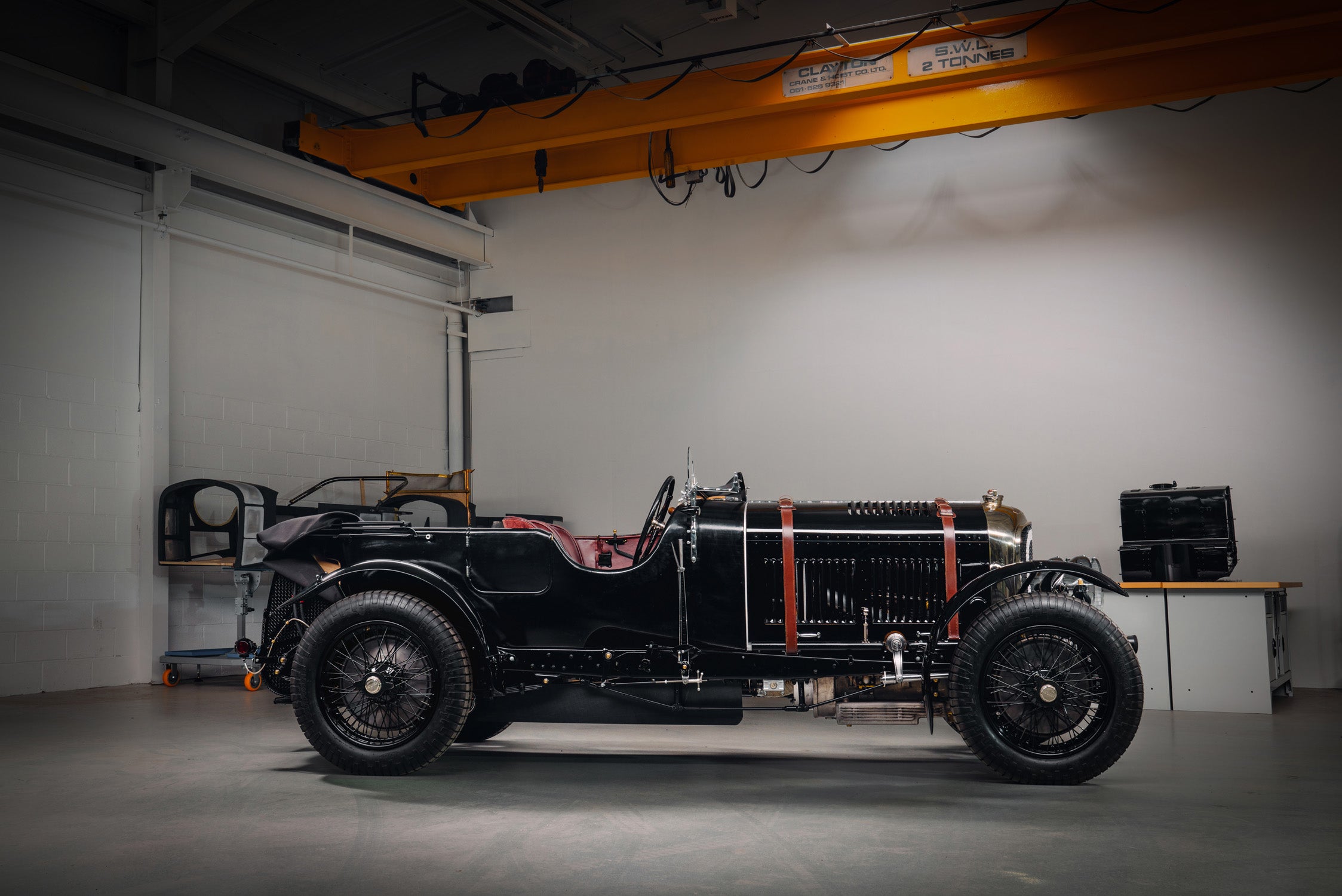 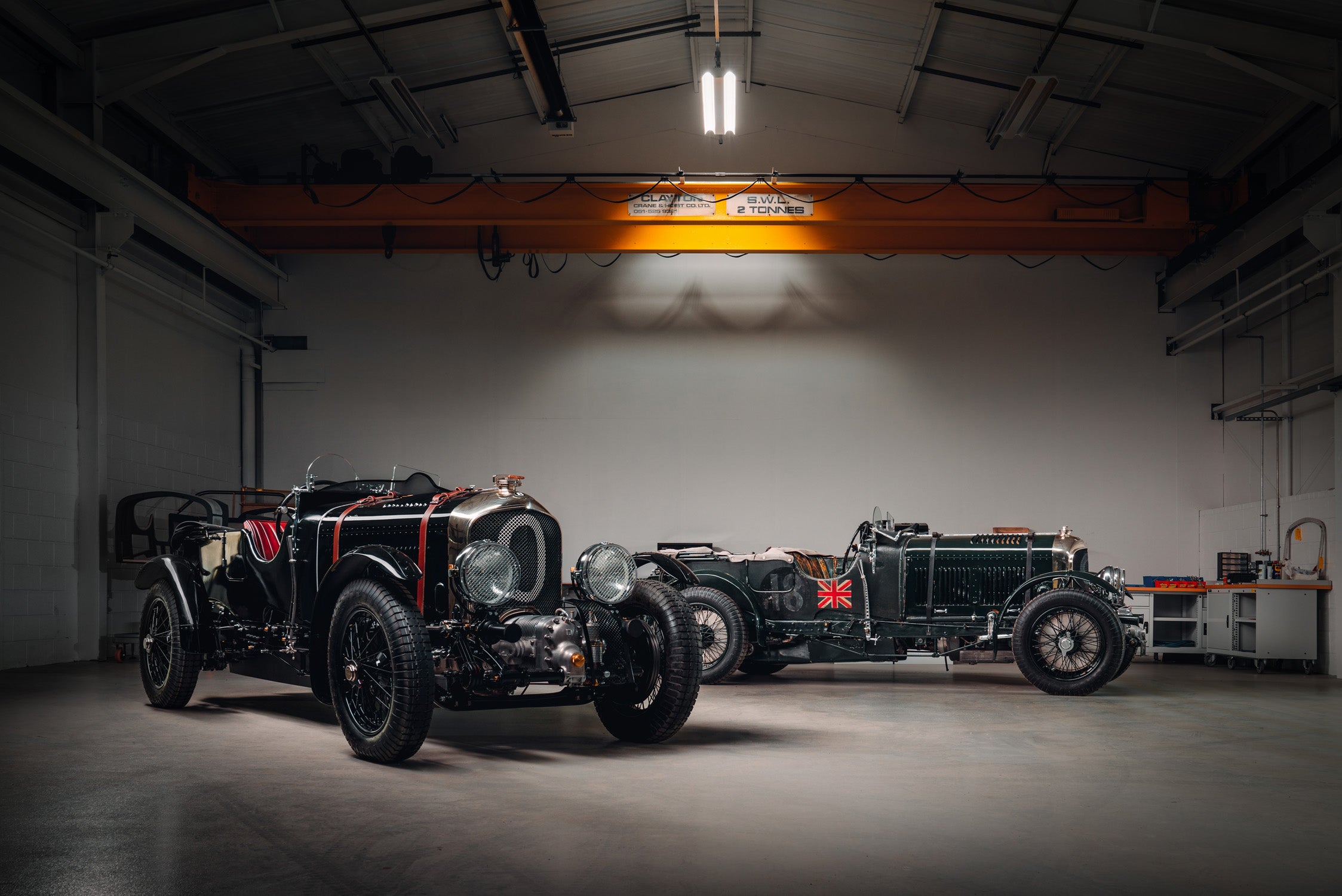 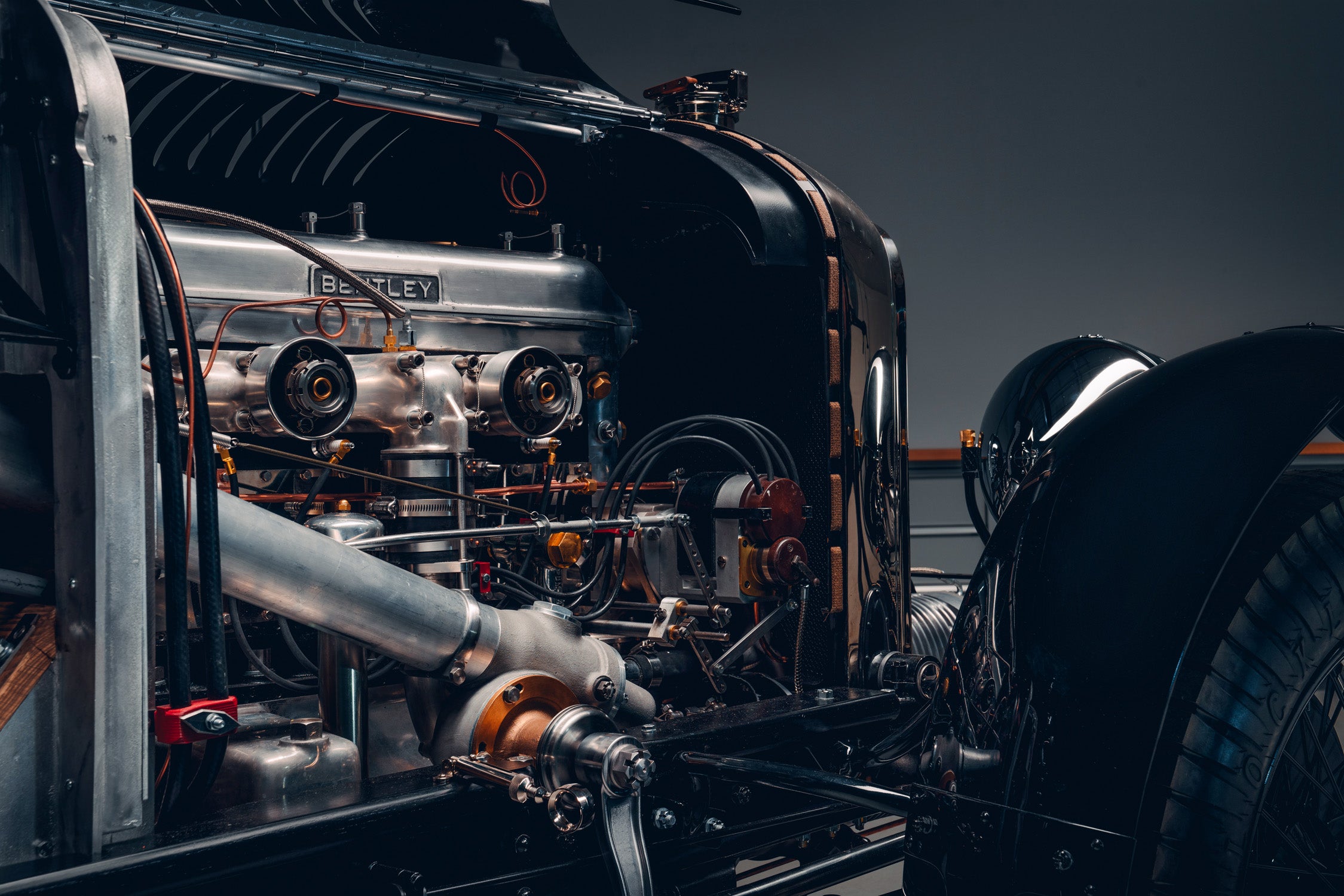 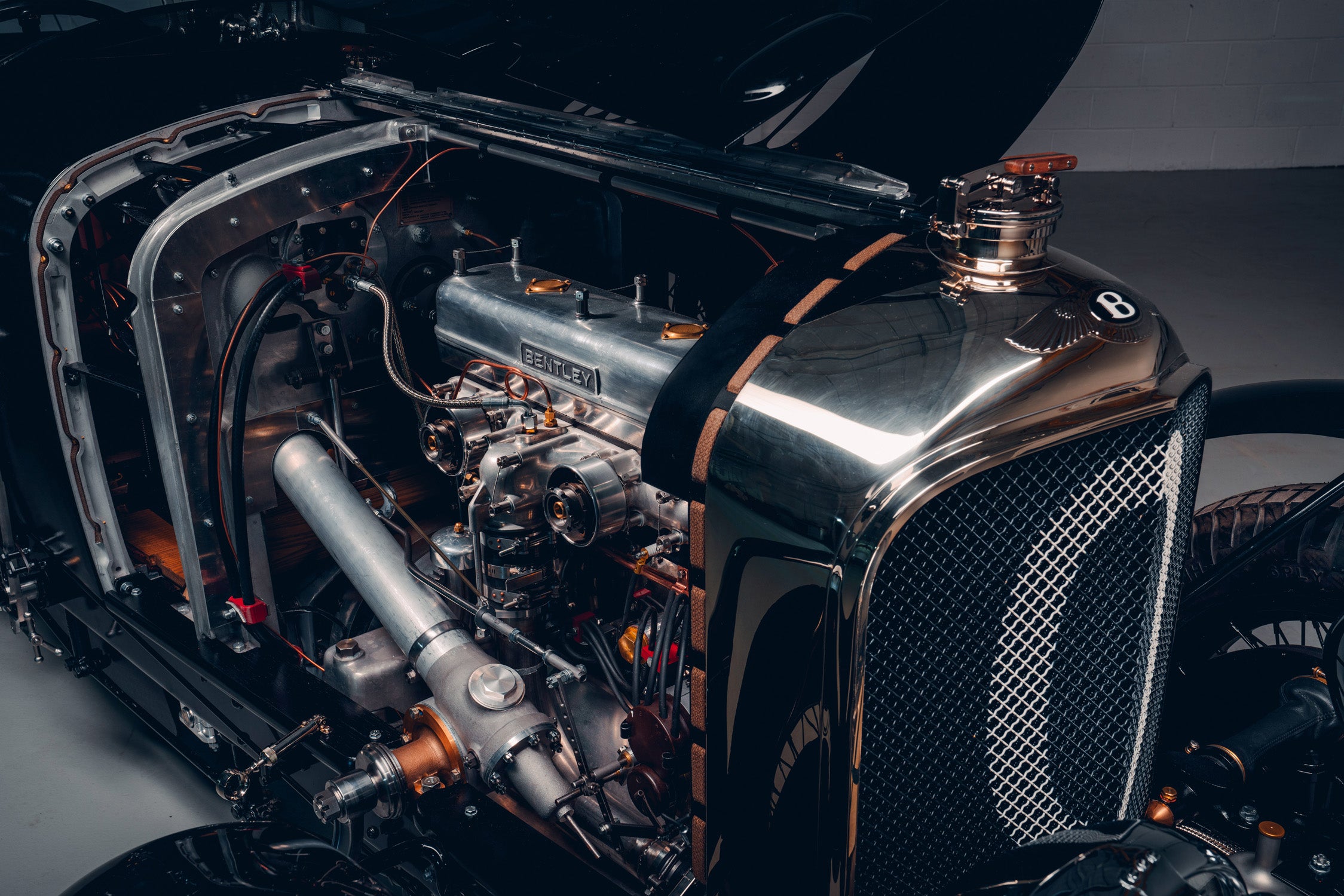 To test this special four-cylinder, Bentley had to convert an engine testbed at its Crewe headquarters to accept the nearly 100-year-old engine design. Bentley’s test facility has been there since 1938, and the cells were originally used to run-in and power-test Merlin V12 aero engines produced by the then Rolls-Royce plant for the Spitfire and Hurricane fighters.

Now, Bentley had to utilize a number of original Merlin testbed fixtures to mount the engine to a replica front chassis, all while coming up with new control software to run its tuning program so far used to calibrate more modern equipment. 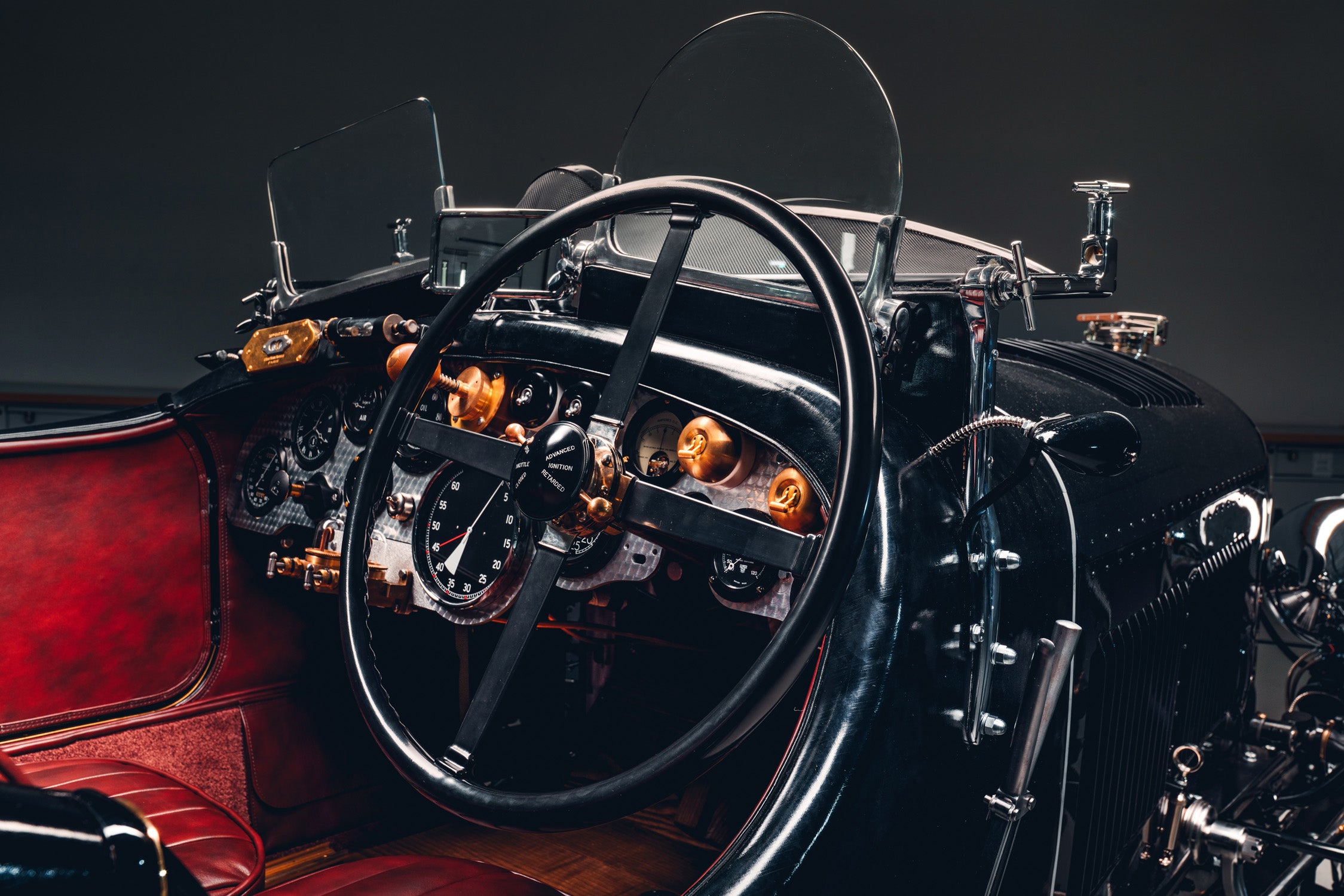 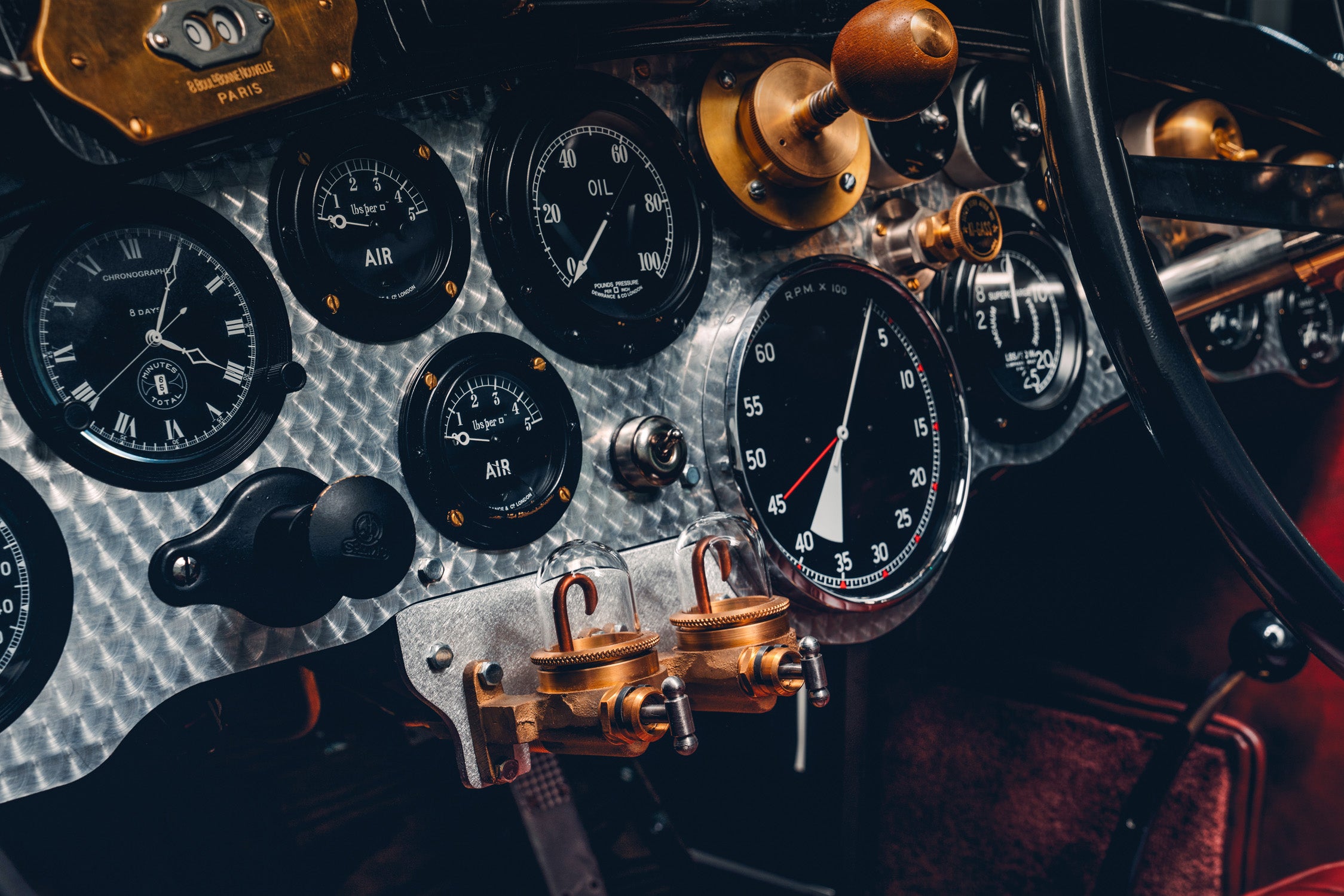 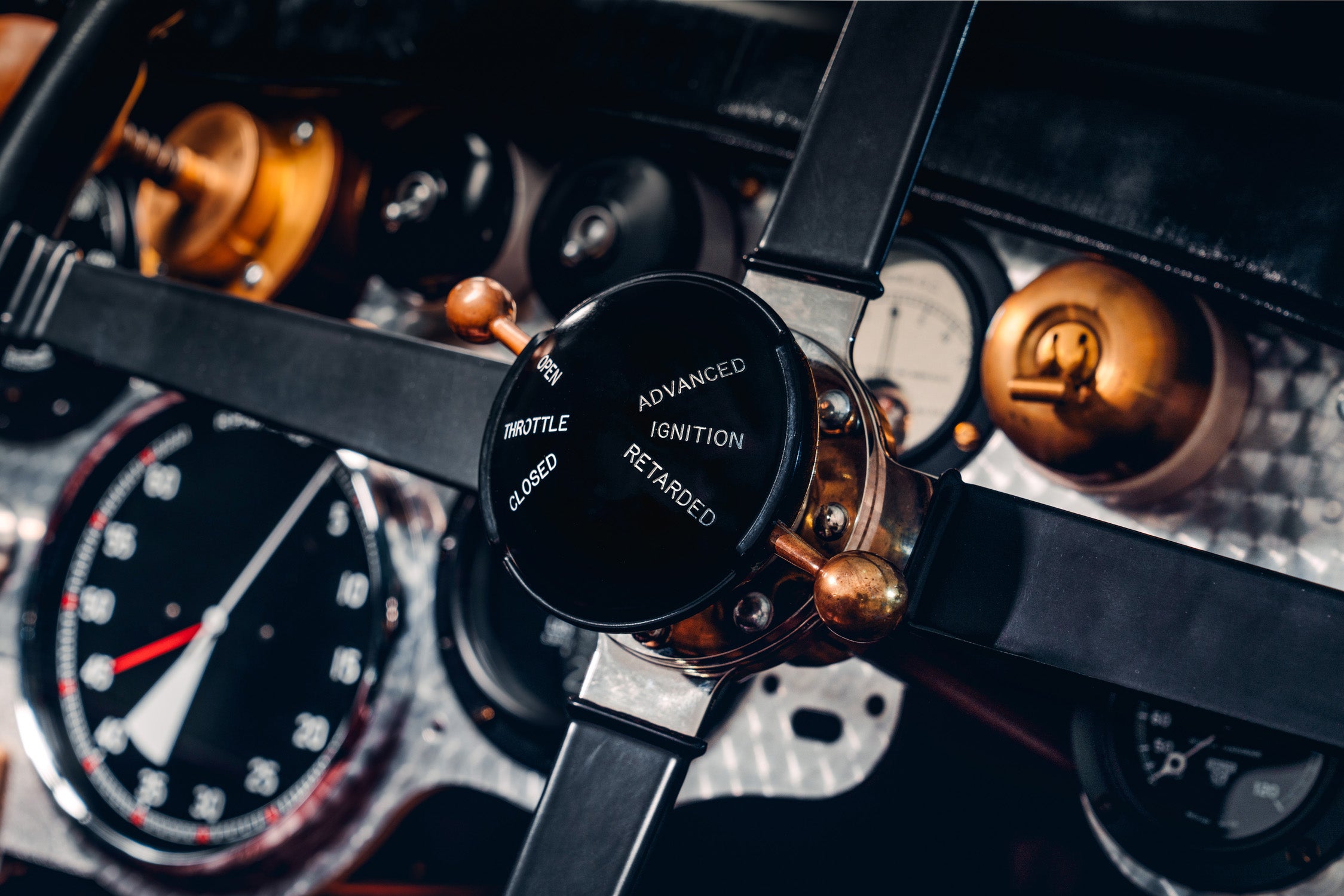 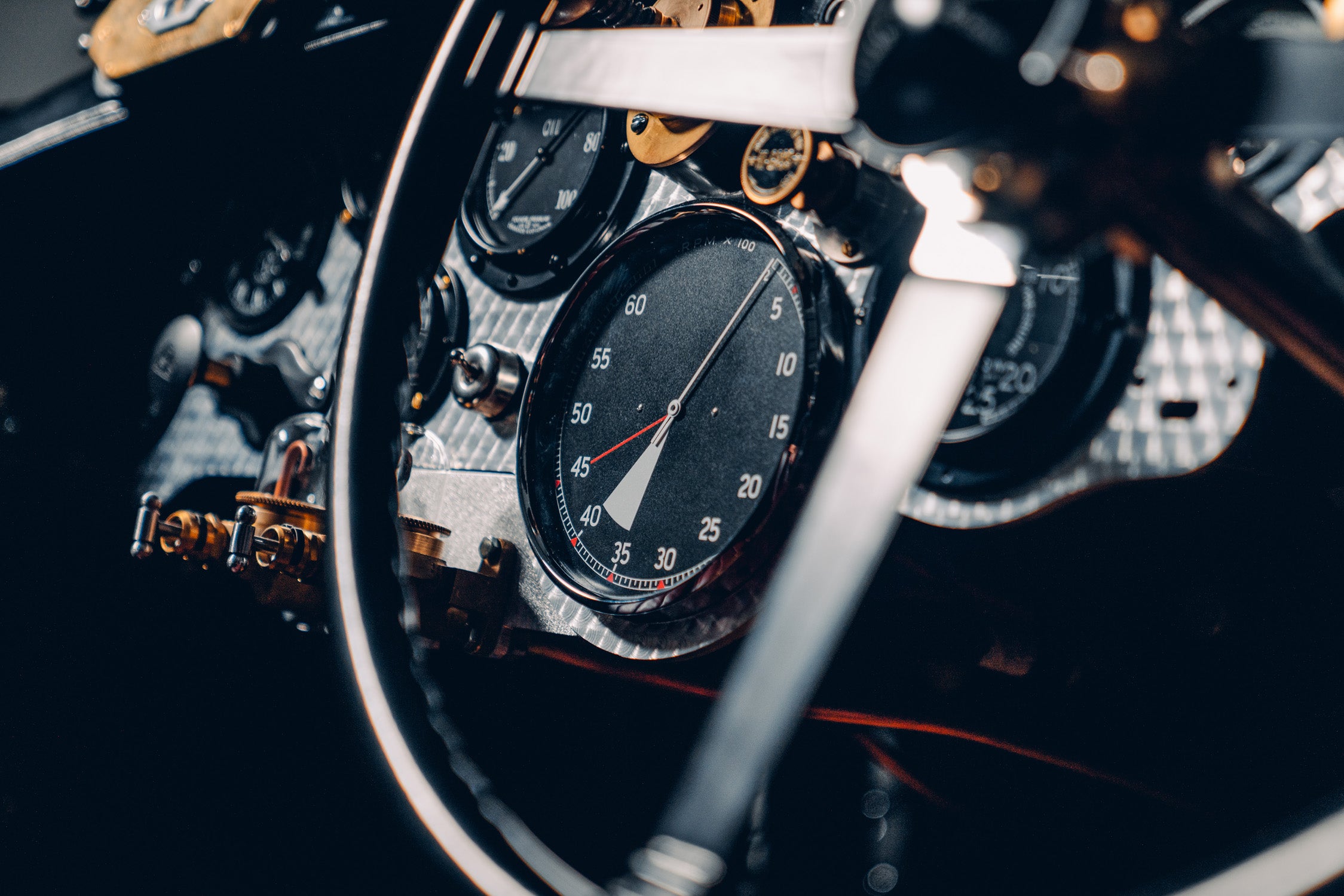 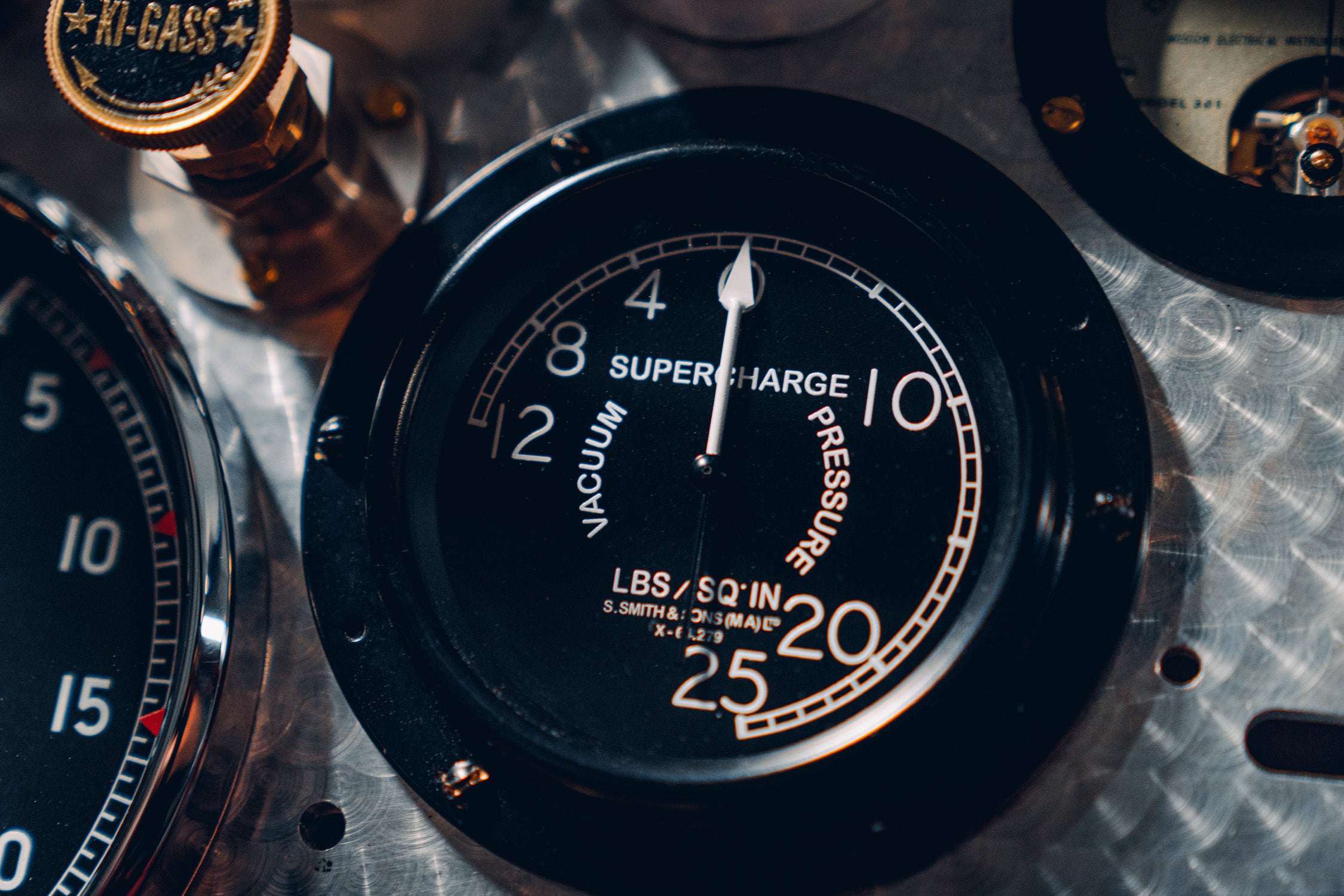 Presented by Mulliner at Bentley’s new Crewe campus, Car Zero will now complete the equivalent of 22,000 miles of real-world driving across 5,000 miles of track testing, simulating such undertakings as the Peking to Paris Rally and the Mille Miglia.

What’s more, the brand new 1929 car’s top speed runs are scheduled with Bentley Chairman and CEO Adrian Hallmark behind the massive steering wheel. Keeping that in mind, best of luck to all at Crewe, on track and in fact anywhere in front of a 1929 Bentley Blower.

Got a tip on pre-war motoring, early superchargers, and more? Send us a note: [email protected]

END_OF_DOCUMENT_TOKEN_TO_BE_REPLACED

END_OF_DOCUMENT_TOKEN_TO_BE_REPLACED
We and our partners use cookies on this site to improve our service, perform analytics, personalize advertising, measure advertising performance, and remember website preferences.Ok