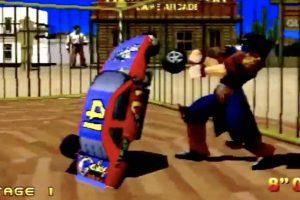 There’s no better excuse for stringing together a series of well-choreographed ass-kickings like a revenge plot. Cars have reason to seek vengeance in the fighting arena, too; that Lexus LS-lookalike suffered mightily at the hands of players in a bonus stage of Street Fighter II. Letting this injustice stand would’ve been an insult to car-kind everywhere, which may be why in late 1996, a car embarked on a quest for comeuppance, entering the arena in Fighters Megamix for the Sega Saturn.

A tournament fighting game released when that genre was at its peak in the arcades and on home consoles, Fighters Megamix combined characters from previous Sega fighting titles Fighting Vipers and Virtua Fighter 2, plus a host of other Sega properties. One of those other games was its arcade smash hit
Daytona USA, whose hero car, the “Hornet” stock car, could be unlocked by beating the game’s “Secrets” mode. 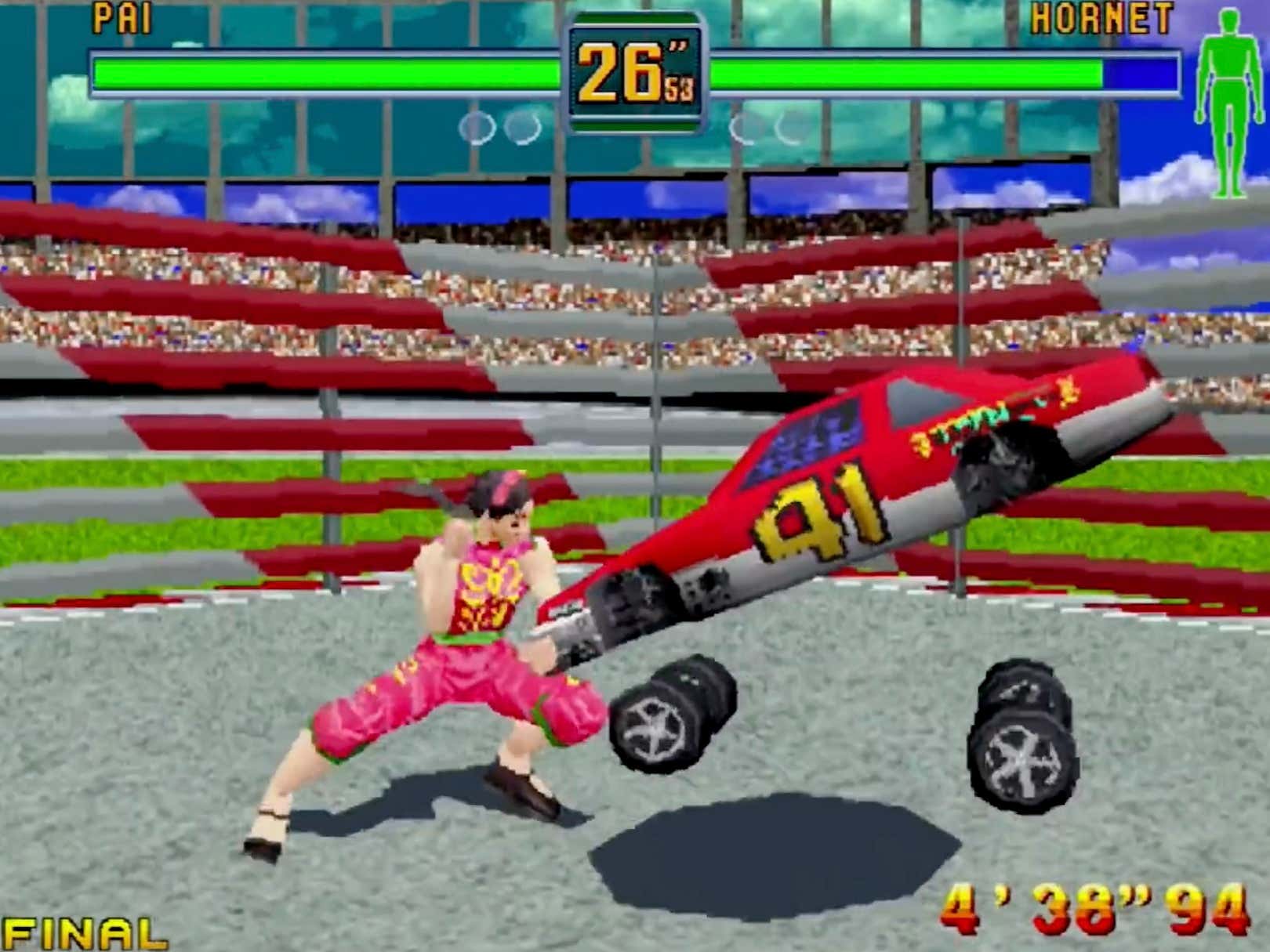 Hornet is said to have played similarly to Fighting Vipers character Bahn, reusing some of his moves, but with novel animations re-tailored to a race car. It stood on its back wheels to punch with the front, could “kick” with its rears, and even perform leg sweep-like moves wherein it rammed opponents’ shins. Being apparently based on a Fighting Vipers character, it could sustain cosmetic damage that knocked off bodywork, each time emitting sounds not of grunts, but of mechanical clunks. This re-theme extended to returning the punishment, too, with some moves emitting engine revs rather than guttural roars. Hornet even had a matching home arena—a speedway.

Hornet, though, does not mark the most recent cameo by a car in a fighting game. Back in 2017 when the Toyota C-HR was new, Toyota ran an ad depicting the coupe-over traveling the stages of Street Fighter II before entering a showdown with the game’s boss M. Bison. As the C-HR was never a playable character, however, it has to take a backseat to this fighting stock car hero.