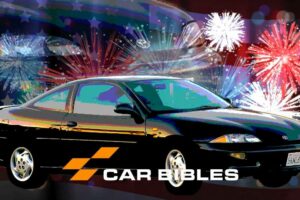 I can’t get the jazzy remixes of ‘The Star-Spangled Banner’ out of my head ever since Car Bibles writer Kevin Williams introduced me to the Japanese TV commercials that pitched Toyota Cavaliers as cool and exotic American cars.

Frankly, I didn’t realize the Toyota Cavalier was a thing at all. Did Akio lose a bet or something? Anyway it was a pretty silly week over on The Drive‘s sister site but I’m eager to see what folks think about some of our more abstract automotive content, so don’t be shy in the comments section. Hah, as if I’d ever have to say that. Please enjoy this roundup of my favorite posts we published this week. 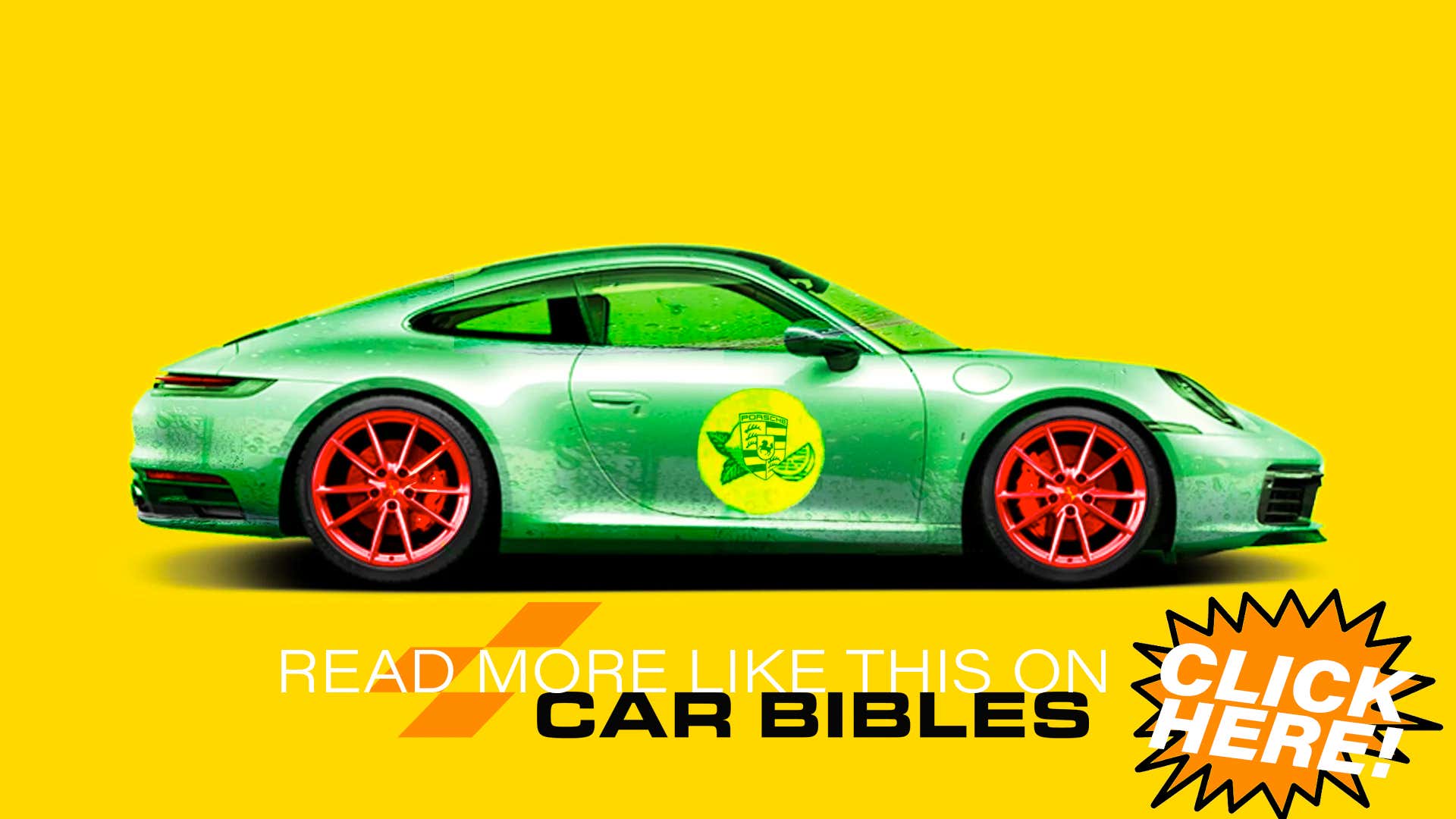 Car Bibles is generally focused on DIY-related content, practical advice, cultural commentary, and automotive entertainment celebrating low- to medium-budget motoring. We’ve stepped up our schedule to six posts a day each week—including a daily feature photo—so if you like what you see below, I would love to see you over on our site to check out the rest of it! Anyway, on to the roundup:

Does anybody remember when Bart Simpson and his fictional friends got recruited to be in a boy band that turned out to be a U.S. government propaganda machine? Yeah, the bizarre remixes of the national anthem that were used in Japanese commercials for the Toyota Cavalier have a lot of “Yvan eht Nioj” energy.

Otherwise, if you were ever wondering how GM and Toyota tried to convince Japanese consumers that they should buy imported Cavaliers instead of Civics or Corollas, check this post out.

Some new crate engines for cars from Mercury (the boat company, not the defunct division of Ford) came up in our feeds this week. It reminded us that this Mercury has been involved in making automotive powerplants for a long time, and we put a little backstory together about its involvement with the C4 Corvette.

Twitter and Facebook were alight this week with discussions about the big crash between F1 superstars Lewis Hamilton and Max Verstappen over the weekend. Chris Rosales provided us with a defended hot take on why the controversy, and some of the Red Bull team’s complaints, were bunk.

This Cute Car Decal Was Apparently Hiding a Dark Secret

Mitsubishi was an early adopter of gasoline direct-injection technology in Japan, but it turned out that it did not do a great job on the execution. While its ’90s GDI engines were advertised as clean and reliable, it seems that the reality was very much the opposite.

In fact, widespread issues led to a strange and dubious situation in which the company apparently tried to sneak a soft (unpublished) recall by its customers. That did not go well for anybody.

If Your Favorite Snacks Were Cars, The Definitive List

This is the most abstract story I’ve published on Car Bibles. I like silly stuff and I love any excuse to have fun with Photoshop, so, I’m hopeful at least some of you enjoy seeing your favorite cars and snacks get roasted.

How To Find Car Bibles on Apple News, Google News, and Flipboard

At the risk of looking tacky, I’d be remiss if I didn’t use my plug-post to plug the various platforms you can get our newsfeed on. If you use Apple News, Google News, or Flipboard you can now find us on any of those quite easily. Once again, I took the opportunity to make some cartoons on Photoshop to give your click more payoff. Enjoy!

If you liked any of those stories, I hope you’ll join us on the regular over at Car Bibles. Our comment section’s always open and we’ll be doing a lot of experimenting throughout the year as we look for new and fun ways to bring automotive entertainment to you.