Unlike most other supercar manufacturers, Lamborghini is no stranger to dirt. There were brief forays into rallying in the 1980s, and Lamborghini was hopping dunes and crushing rocks with the mil-spec LM002 decades before Ferrari fitted all-wheel-drive to one of its cars. Going beyond the new high-riding Urus SUV, there’s even a not-insignificant number of intrepid Lambo drivers who crash their Huracán through mud and snow. Heck, we even tried a bit of that ourselves at this year’s Winter Accademia.

The new dust-hungry Huracán Sterrato concept is proof Sant’Agata hasn’t scratched that off-road itch quite yet. Unless you mistake this for an appearance package, don’t. This car’s purpose is right there in its name: sterrato loosely translates to “dirt road” in English. According to Lamborghini, the Sterrato “draws on Lamborghini’s off-road expertise exemplified in the Urus SUV.” 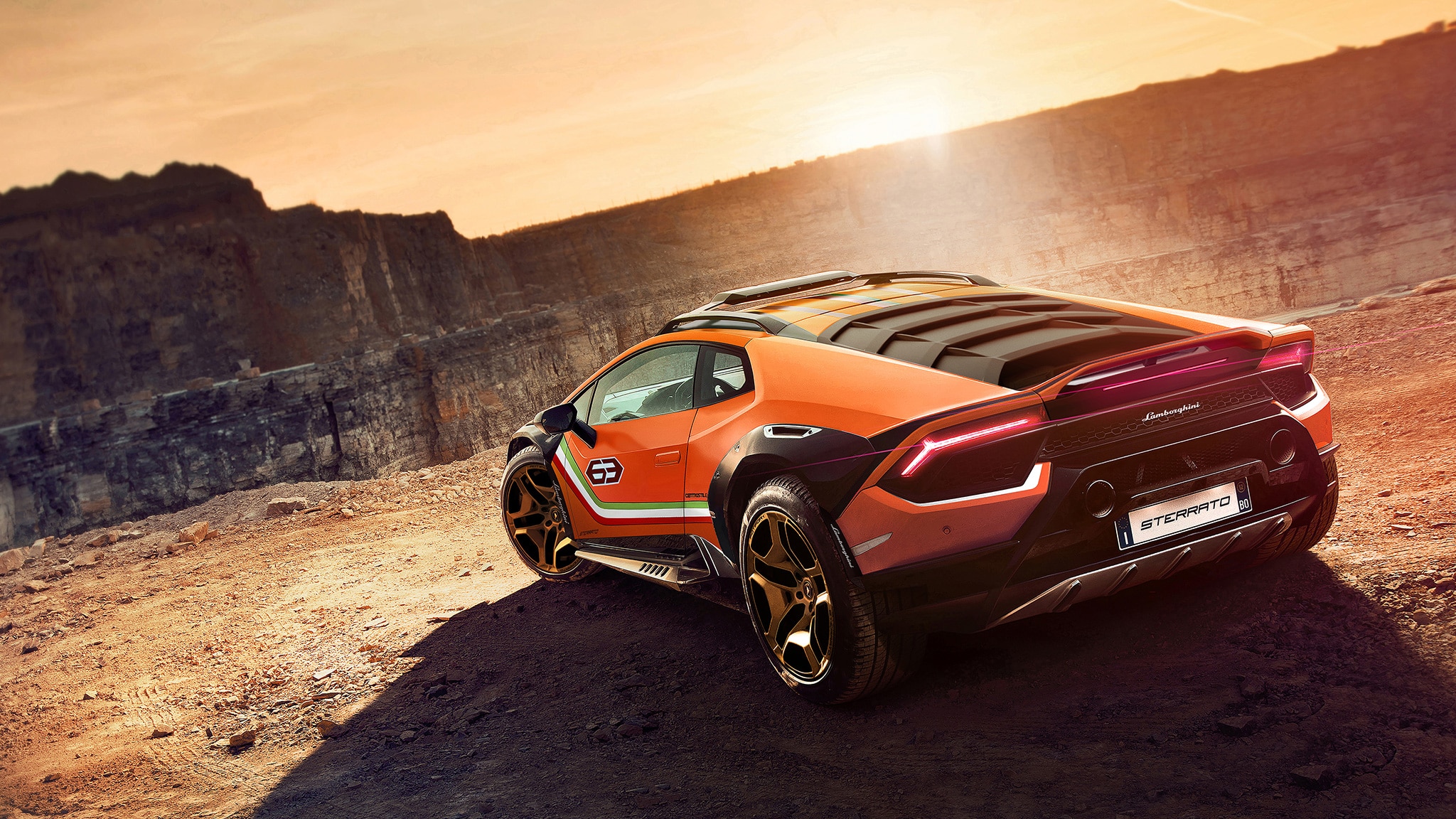 Just like all those Safari-style Porsche 911s, the Sterrato isn’t equipped for the Moab’s frame twisters, but it’s perfect for blitzing down an old fire road or slithering around a gravel pit. Ground clearance is up by around 1.8 inches, improving the angle of approach by one percent and the angle of departure by 6.5 percent. It won’t fjord any rivers, but this means the Sterrato is the perfect supercar for crumbling city infrastructure.

READ MORE: The History (and a Drive) of the Lamborghini LM002

The front and rear tracks are wider by around 1.2 inches, in part from a new set of special semi-all-terrain tires with a sidewall that’s both stiffer and larger to shrug off curbs, stones, and divots. The car is also fitted with plenty of underbody protection, including front and rear aluminum skid plates. The side skirts are also aluminum, while the “composite” bodywork incorporates “stone-deflecting” protection around the engine and air intakes, and mudguards made of carbon and resin. 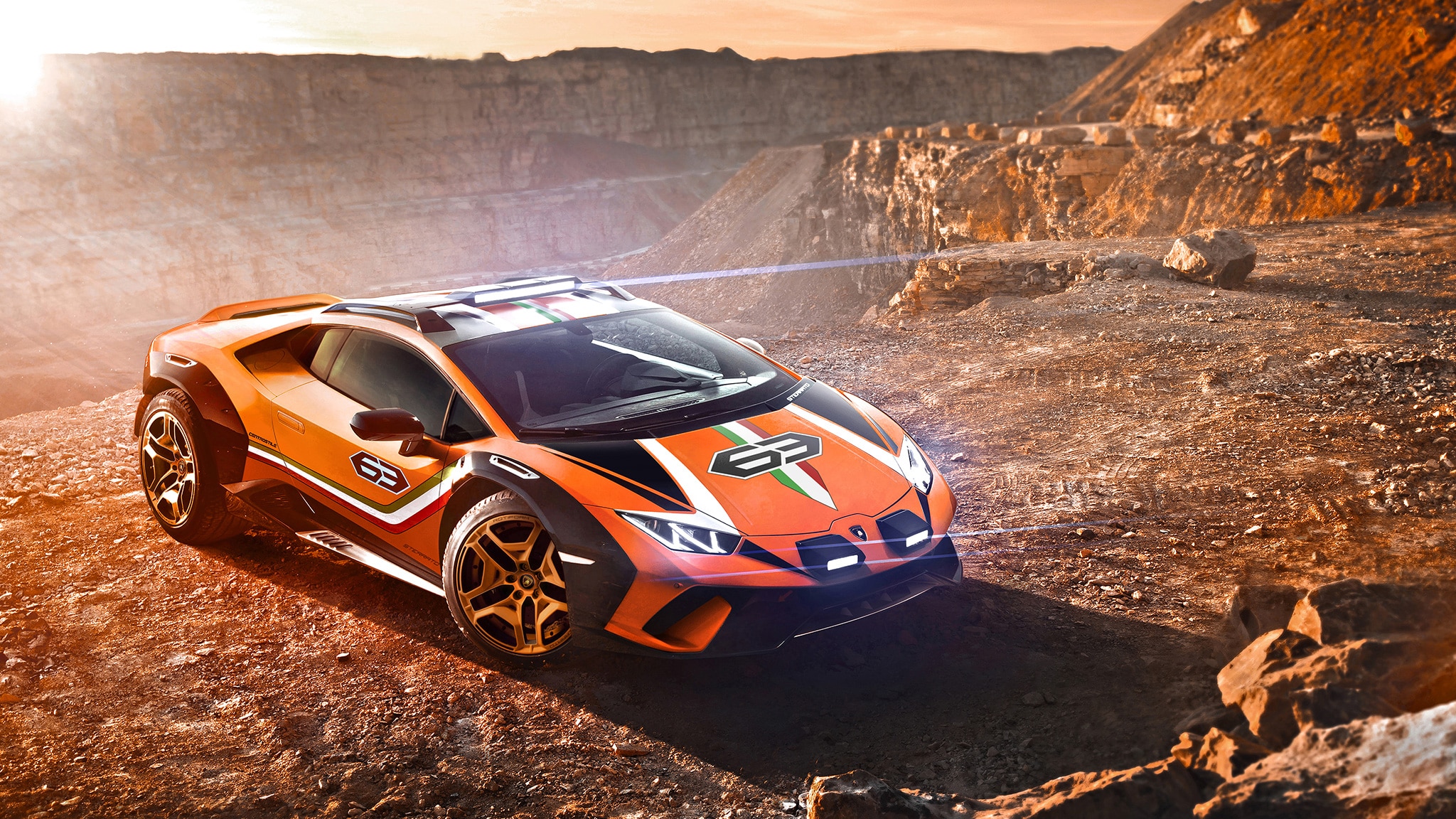 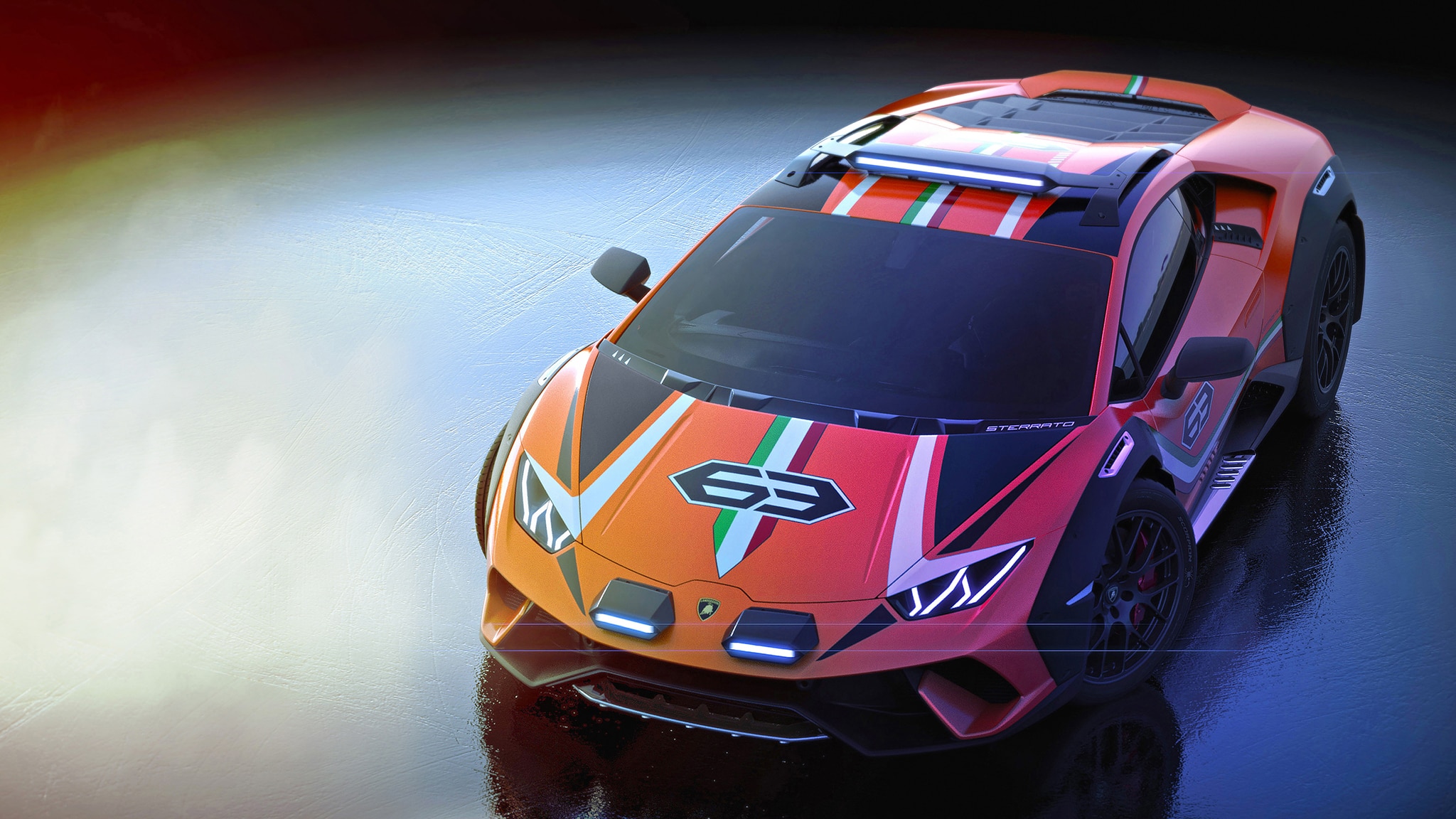 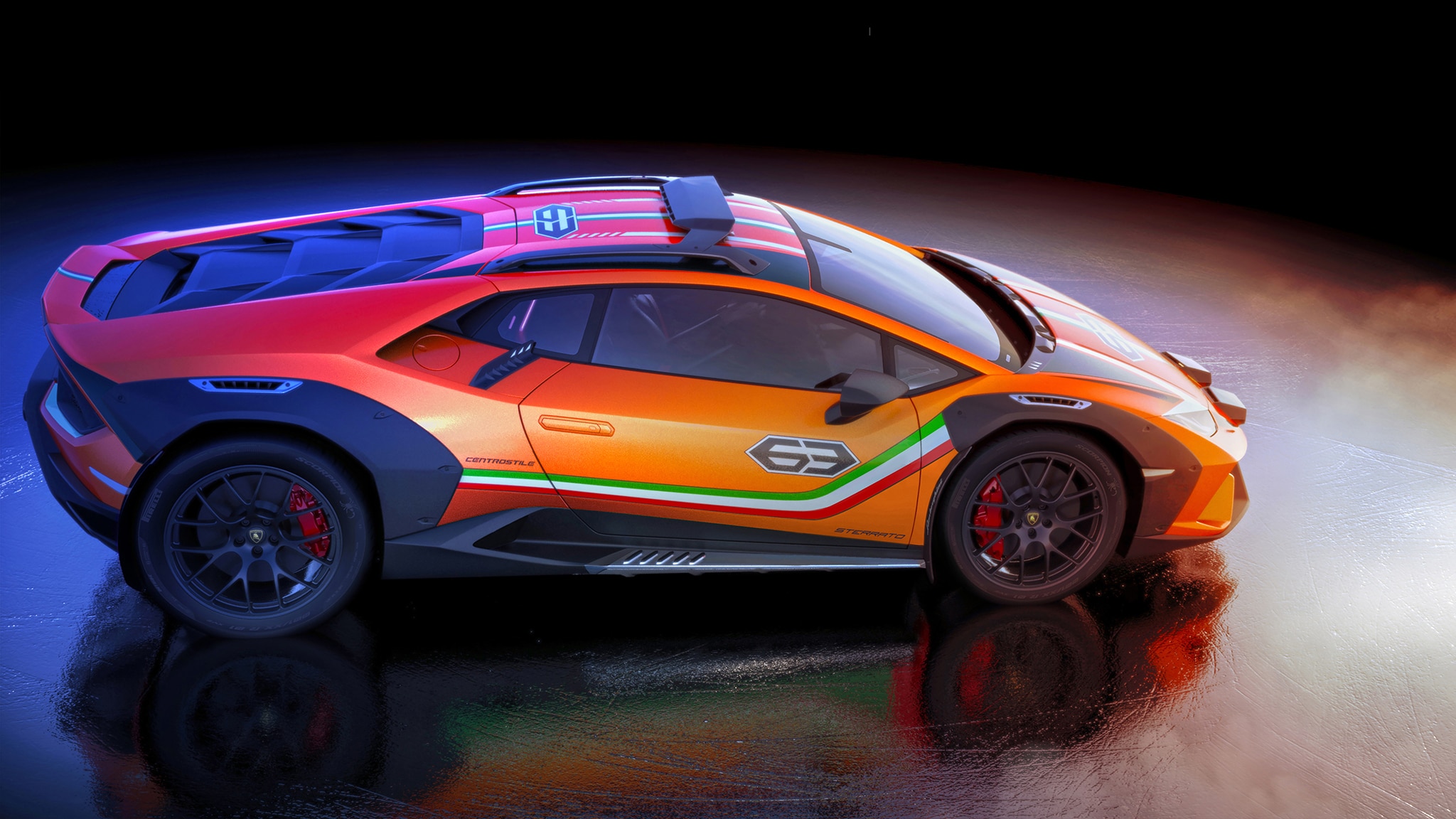 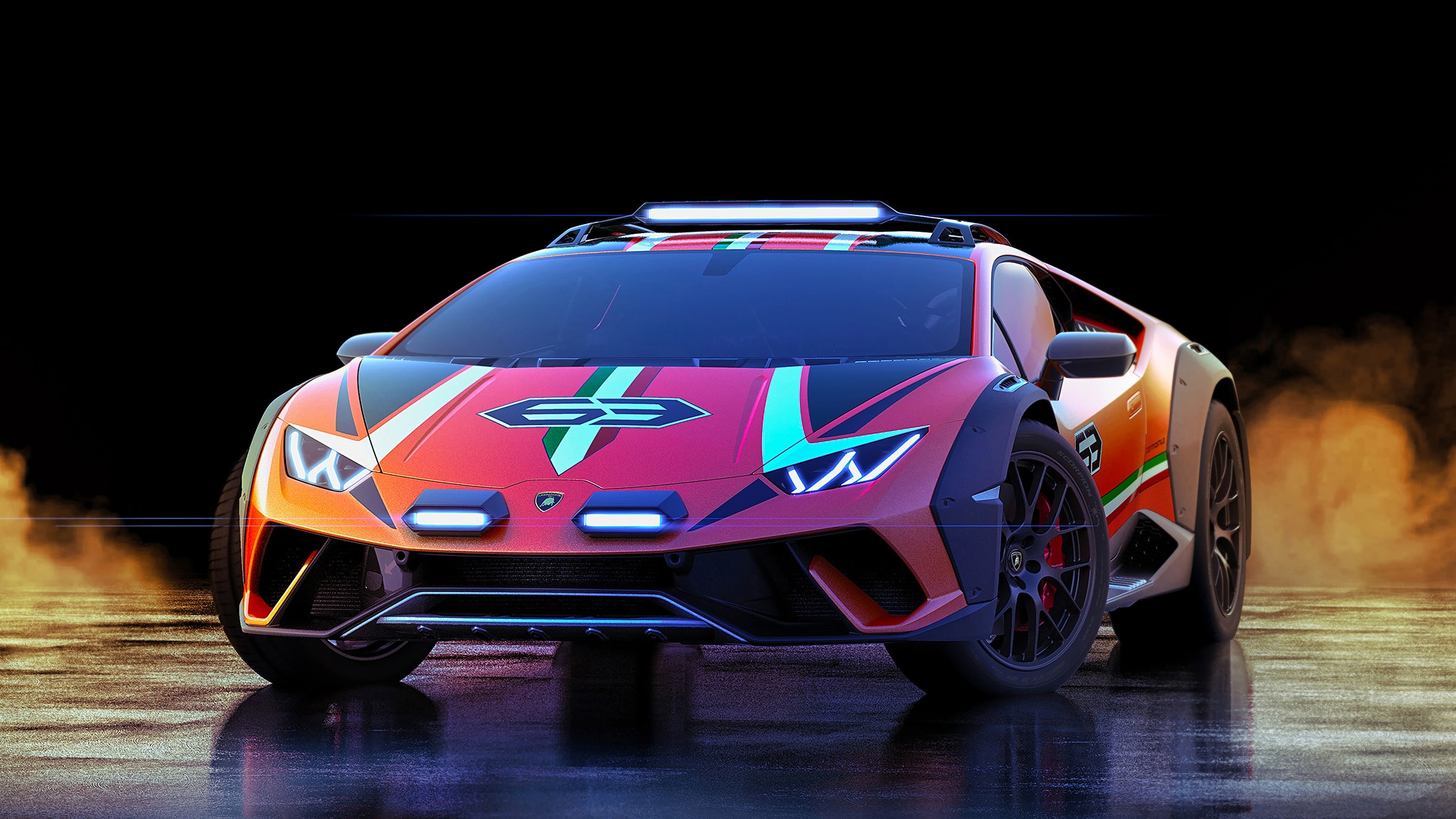 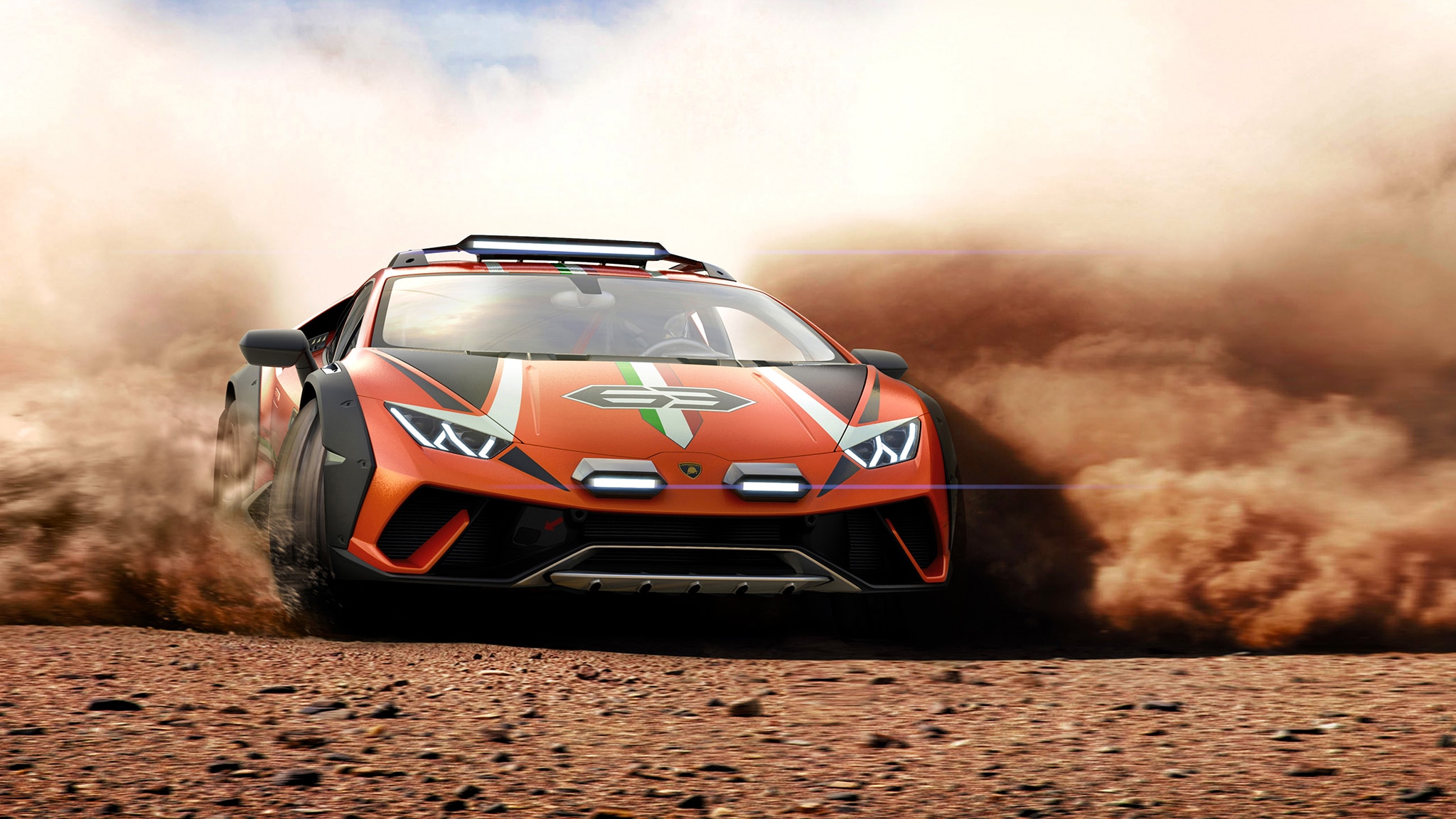 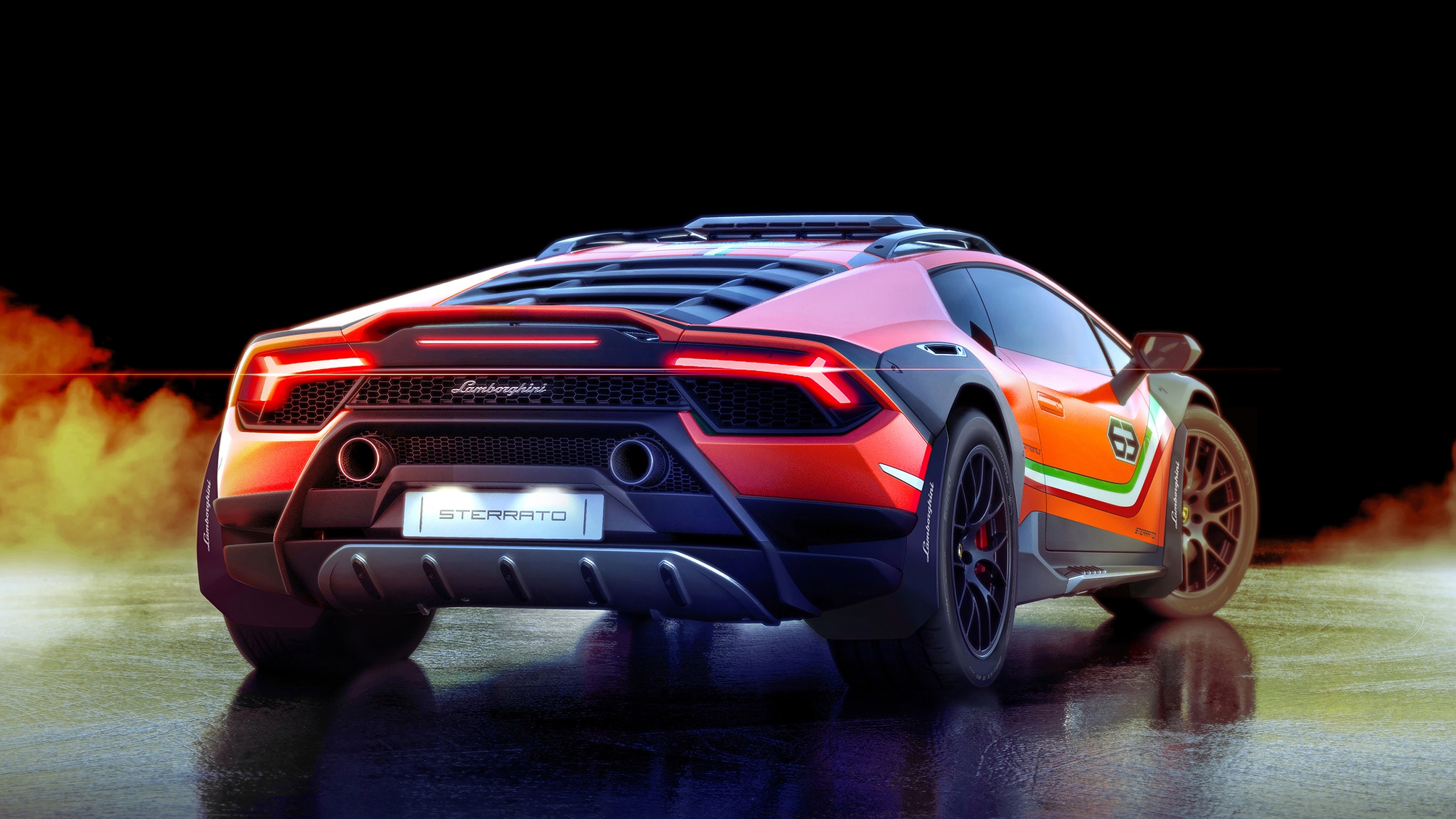 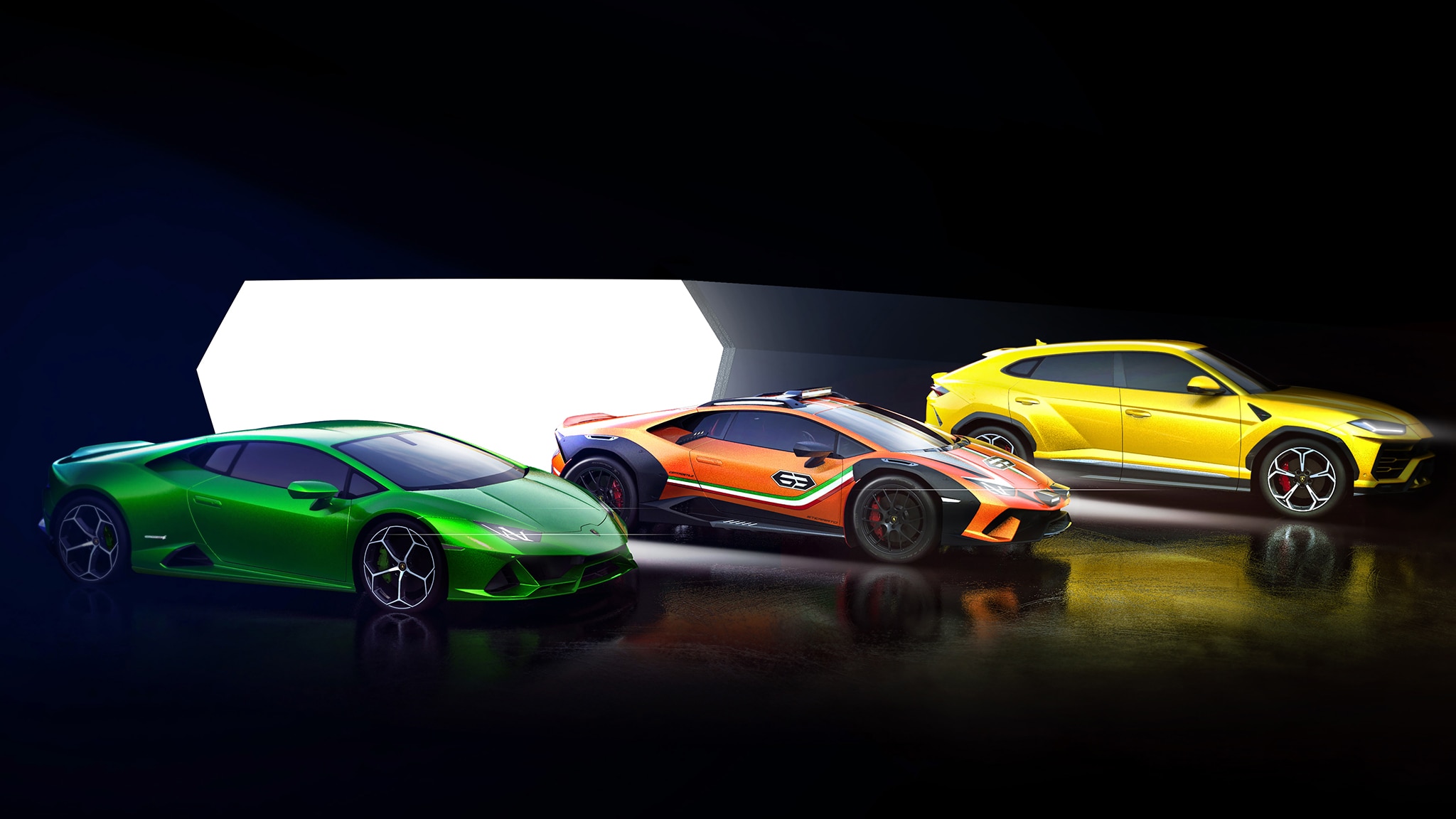 If night rallies are more your thing, there’s an ultra-bright LED light bar on the roof and front bumper. All this hardware is a waste if you muck up a white leather interior, so the Sterrato features a titanium roll cage, carbon-fiber seats, and aluminum floor panels for easy clean-up.

As it’s based on the newest Huracán Evo, power still comes from the excellent 5.2-liter naturally-aspirated V-10. That means 640 horsepower is on tap, a prodigious amount routed to all four wheels through a seven-speed dual-clutch automatic transmission. Beyond that, the Evo’s LDVI driving system that manages the all-wheel-drive, four-wheel-steering, adaptive-suspension, and torque-vectoring setups has been modified for traversing slippery, low-grip stuff. Apparently, it “provides enhanced rear-wheel-drive behavior, producing more torque together with additional stabilization in oversteering maneuvers.” In other words: more slide when you want it, less when you don’t.

For now, the Sterrato remains a one-off concept. Customers who want to conquer something tougher than the mean streets of the Hamptons will have to make do with the Urus—or commission a Huracán build of their own. Of course, if enough people inquire about the Sterrato, maybe we’ll see a special edition in the future. We can only hope.