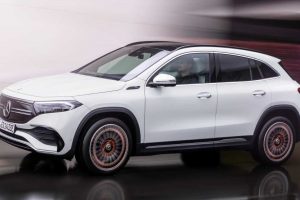 Mercedes-Benz’s latest in the EQ range, the EQA, has gone from being a cute little hatchback to a mid-sized crossover, all while gaining 50 miles of potential range. The price is cheaper than any electric Benz to this point, but still, it isn’t necessarily cheap—not that’d you expect it to be. And no, for the moment, it won’t be coming to the United States. But as a company spokesperson told us, that could change in time.

The EQA was announced at the Frankfurt Motorshow back in 2017 as a concept, though a lot has changed since then. The EQA shown today—a mid-level Mercedes with 300 or so miles of range on the WLTP scale—is short of a bargain at €47,540.50 ($57,538.27) for the German market it’s launching in this year, though the EQA 250 will come before a raft of further EQA models. 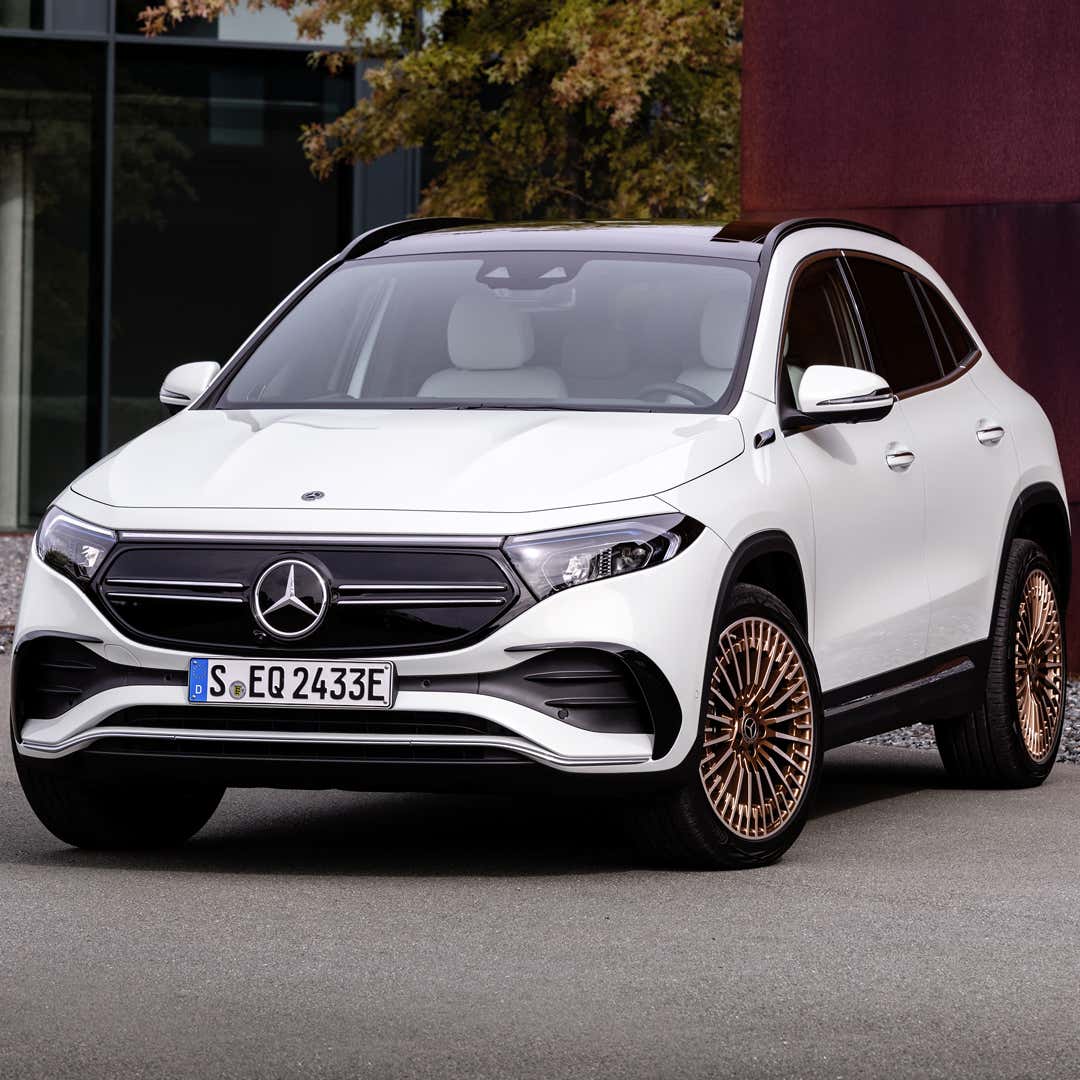 The Mercedes Benz EQA, with its rose gold detailing

The Drive asked Mercedes if the EQA 250 was coming to the U.S. and a company spokesperson told us to “stay tuned,” with it launching across Europe and Asia first but under consideration for North American markets. If so, it’ll beat the likes of, say, Audi’s E-Tron by a hefty chunk of change with nearly 80 miles more range in its base form.

The EQA 250 comes in several levels, with the basic model being the one that puts it at such a reasonable price tag. If you want to go all out, you can get the Electric Art edition, which comes with rose gold details and the backlit upholstery that Mercedes has really gone a bit gamer chair with in the last five years. However, it doesn’t feature the brand’s latest 56-inch MBUX spacecraft screen, perhaps for the better. 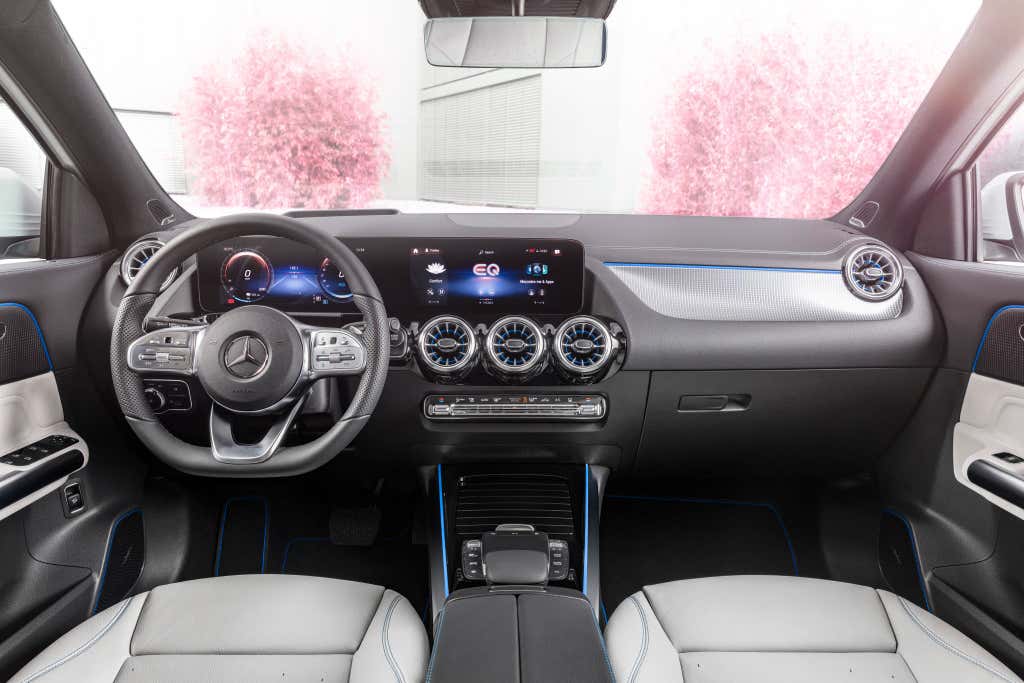 There’s a further, fancier AMG Line edition that confusingly only offers more aesthetic tweaks; no extra performance quite yet for the EQA.

The powertrain tech is quite nice, all things considered. The EQA 250 achieves its range off only 66.5 kilowatt-hours of usable battery capacity, although Mercedes is promising further extensions for customer-specific demands, as well as the chance to add a second motor to the rear axle and make it all-wheel drive.

It’s got an output of 140 kW, roughly 188 horsepower, and a non-record-breaking zero to 62-mile-per hour sprint of 8.9 seconds—4.1 seconds slower than a Model Y Long Range and 1.5 seconds slower than a 2021 Nissan Leaf, which is a substantially cheaper car. But it’s a chunky little SUV you’re probably not taking drag racing, so that might not matter compared to its relative range, efficiency and the aesthetics that Mercedes is really pushing.

Mercedes debuted its EQ brand back in 2018 amidst a raft of trademarking that seemed to show how big the company’s plans were for it. The EQA itself will, apparently, spark a whole family of cars based on the Mercedes GLA chassis it’s built around. This will include a model with “more than 200 kW” of power on-tap, so if you’re a parent who doesn’t hate driving, this could possibly be an option down the line. Possibly.