To celebrate the present and look to the future, it is important to not forget the past, and today we take a look back to the first generation Corvette, which was produced from 1953 to 1962. American veterans were returning home after WWII having experienced European sports cars overseas. Austin Healeys, MGs, Triumph TRs, and Jaguars were relatively uncommon State-side at that time, and the American car market didn’t have anything that catered to the needs enthusiasts looking for a light-weight performance car. It was during this time that America’s sports car were born. 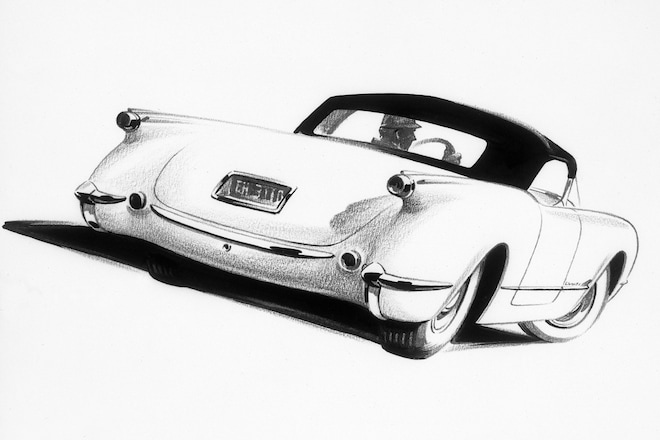 Harley J. Earl was the man behind the design of the first Corvette. GM engineer Edward Cole and industrial designer and engineer Robert McLean came onboard to put the design into practice. Every from engine placement and drivetrain design to the interior and aesthetics were meticulously worked over by McLean. Given the car’s flowing curves, the Earl turned to fiberglass for the bodywork. Initially, this posed some concern, but after learning of a GM convertible high-speed test mule made of fiberglass, this gave the team enough confidence and validation to use the material.

In January 1953, the Corvette concept car was debuted at the Motorama car show in New York City. Though it took some selling on Earl’s part to convince the suits at GM to allow the project to happen, America’s sports car had arrived and stunned show-goers. The 235ci inline six-cylinder engine and two-speed automatic transmission didn’t deter frothing customers, and the cars rolled into showrooms later that same year virtually unchanged from its concept form. Then and even now, that is highly uncommon. 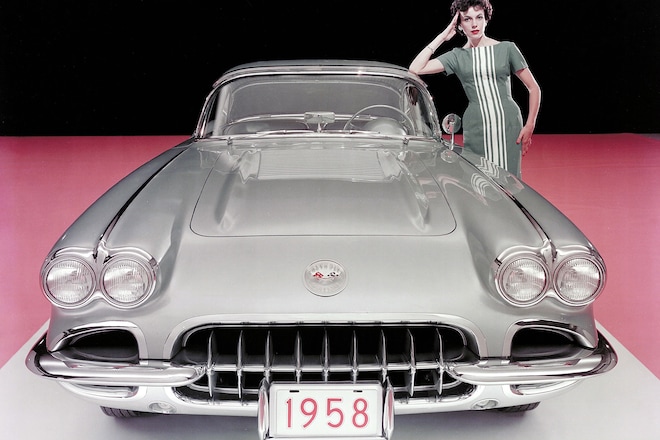 With its breakout year behind it, the Corvette went into 1954 at a cheaper price but only with minor tweaks. Going forward, it needed more than just jaw-dropping looks to attract customers, though. It needed more power, a notion championed by Zora Arkus-Duntov, the Belgian engineer who grew up racing cars in Europe. Knowing how well the Ferrari’s and Jags of the time handled, and with Ford unveiling the V8-powered Thunderbird in 1954, he got the first V8 into the Corvette in 1955 and turned it into a fiberglass rocket.

To do this, he entered a car in the Pikes Peak International Hill Climb, set a record, and then blasted through the speed traps in the Daytona Flying Mile at just over a 150mph average speed. He let the car do the selling for itself. In 1956 and ‘57 the car got a facelift as well as some new options to further cement its prowess as a performance machine. By 1957, the engine displacement increased from 265ci to 283ci, a four-speed manual transmission became optional, as did fuel injection; a feature previously seen only on the 300SL gullwing Mercedes. From 1958 to ’62, the Corvette featured four headlights with subtle differences separating each year of the car (for example the louvered hood and truck spears were ’58-only elements). Drivers now had a tachometer right in their face for a more enthusiast-centric experience and seat belts came standard from the factory. 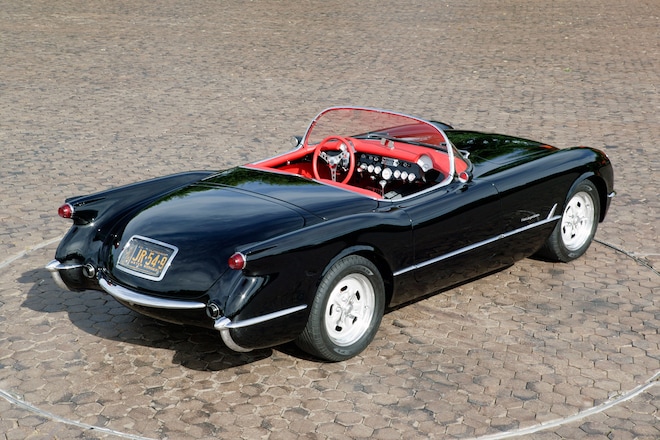 In the early ‘60s, the Corvette’s power crested the 300 hp mark (for the fuel injected cars) at 315hp. The quad-taillight style element was introduced, a feature that has remained more than 50 years later. After 1961, two-tone colors were no longer available, but the iconic and beautiful rear end body work that would carry over to the next generation was introduced. This was also the last time a Corvette would come with a solid rear-axle. To round out the C1, the 327ci V8 engine became an option and fittingly catapulted the Corvette into the 60s muscle car wars, where it remained unchallenged in its segment.

It’s onward and upward from here as the arguably most tough and gorgeous looking generation of the Corvette hits the road in 1963.