It took more than a decade of development and plenty of skepticism, but the SSC Tuatara finally became the world’s fastest production car earlier this month with a 316 mph average run in Nevada. Peaking in one direction at 331 miles per hour is an astonishing result, and from the footage, we know that the Tuatara could probably go even faster under the right conditions—let’s say at Volkswagen’s private Ehra-Lessien test track. But at speeds close to—or in this case beyond—300 mph, you get into serious questions about wheels and tires.

The massive centrifugal forces and heat generated at such velocities mean that extreme care was needed in the rubber department. Not unlike Koenigsegg and Bugatti, SSC is using Michelin tires, with the Tuatara breaking the world records on Pilot Sport Cup 2s filled with nitrogen for stability.  <<<THESE ARE THE SAME PILOT SPORT CUP 2S YOU COULD PUT ON ANY CAR? LET’S SAY IF THEY WERE SPECIAL OR NOT.

NOT SPECIAL AS FAR AS I KNOW. Even if, manufacturers may get softer or harder compounds, but not different construction, so this is pretty much a stock tire, just like Koenigsegg’s.

The huge French company produces everything from airplane tires to Le Mans Prototype rubber, so it’s no surprise that it has an answer to the speed and weight combination of the SSC Tuatara as well. Keep in mind that while a Bugatti Chiron Super Sport 300+ weighs close to 4,400 pounds, at just 2,750 pounds dry, the 1,750-horsepower Tuatara is even lighter than a Koenigsegg. And with a drag coefficient of 0.279, it’s about as sleek as a twin-turbo V8 car can get.

Designed by Pininfarina and Saab veteran Jason Castriota, SSC’s Tuatara—the successor to 2007’s “World’s Fastest” SSC Ultimate Aero—debuted at the 2011 Pebble Beach Concours d’Elegance. In the following seven years, the American company did little more than feed its skeptics, only to resurface with the production version of its hypercar at the 2018 event. It’d be another two years before the Tuatara achieved that headline-making record run. Back in 2017, the previous record-holding Koenigsegg Agera RS averaged 278 miles per hour on pretty much the same stretch of State Route 160 just outside of Las Vegas near Pahrump that SSC used with racing driver Oliver Webb on Oct. 10. 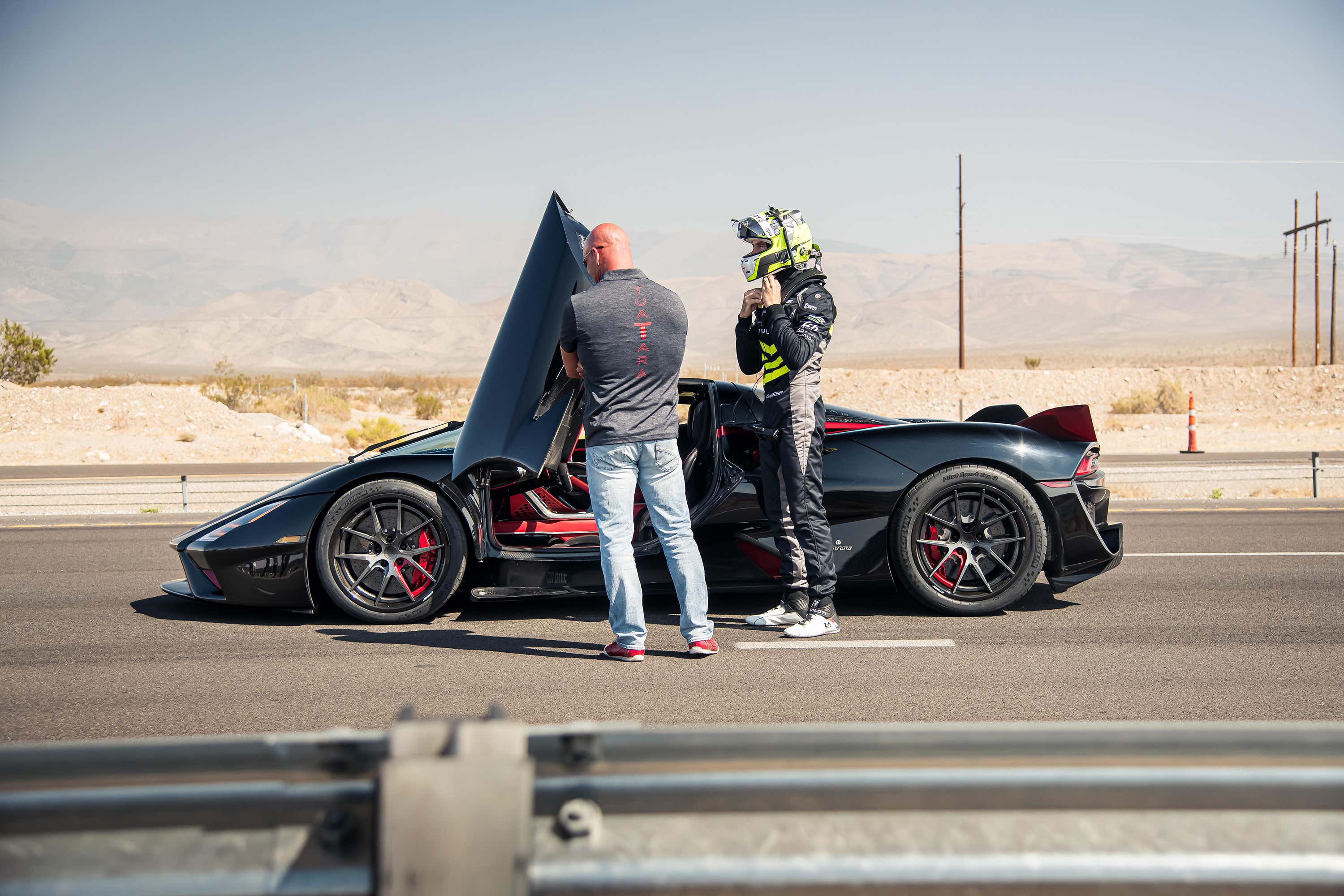 The SSC Tuatara in Nevada.

For the Tuatara’s wheels, SSC turned to Forgeline Motorsports, who teamed up with carbon wheel manufacturer Dymag to create SSC’s 300-plus-mph set. The Tuatara wheel set is based on Forgeline’s CF201 design, utilizing a 6061-T6 forged, proprietary alloy center, coupled with Dymag’s patented carbon fiber barrels. <<<ANY MORE WE CAN SAY ABOUT THOSE WHEELS? IF THEY KEPT WEIGHT DOWN? HOW ARE THEY SPECIAL?

ALL I CAN ADD IS : that these are engineered to offer the rigidity and durability needed for such forces and heat, with Forgeline’s president Dave Schardt adding that the combination of carbon fiber and forged alloys offers “the most unique combination of strength and lightweight attributes in the industry.”

Could it do 340 mph? Perhaps even 350? Driver Oliver Webb had this to say about the future in a news release:

“There was definitely more in there. With better conditions, I know we could have gone faster. As I approached 331 mph, the Tuatara climbed almost 20 mph within the last five seconds. It was still pulling well. As I told Jerod (Shelby, CEO of SSC), the car wasn’t running out of steam yet. The crosswinds are all that prevented us from realizing the car’s limit.” 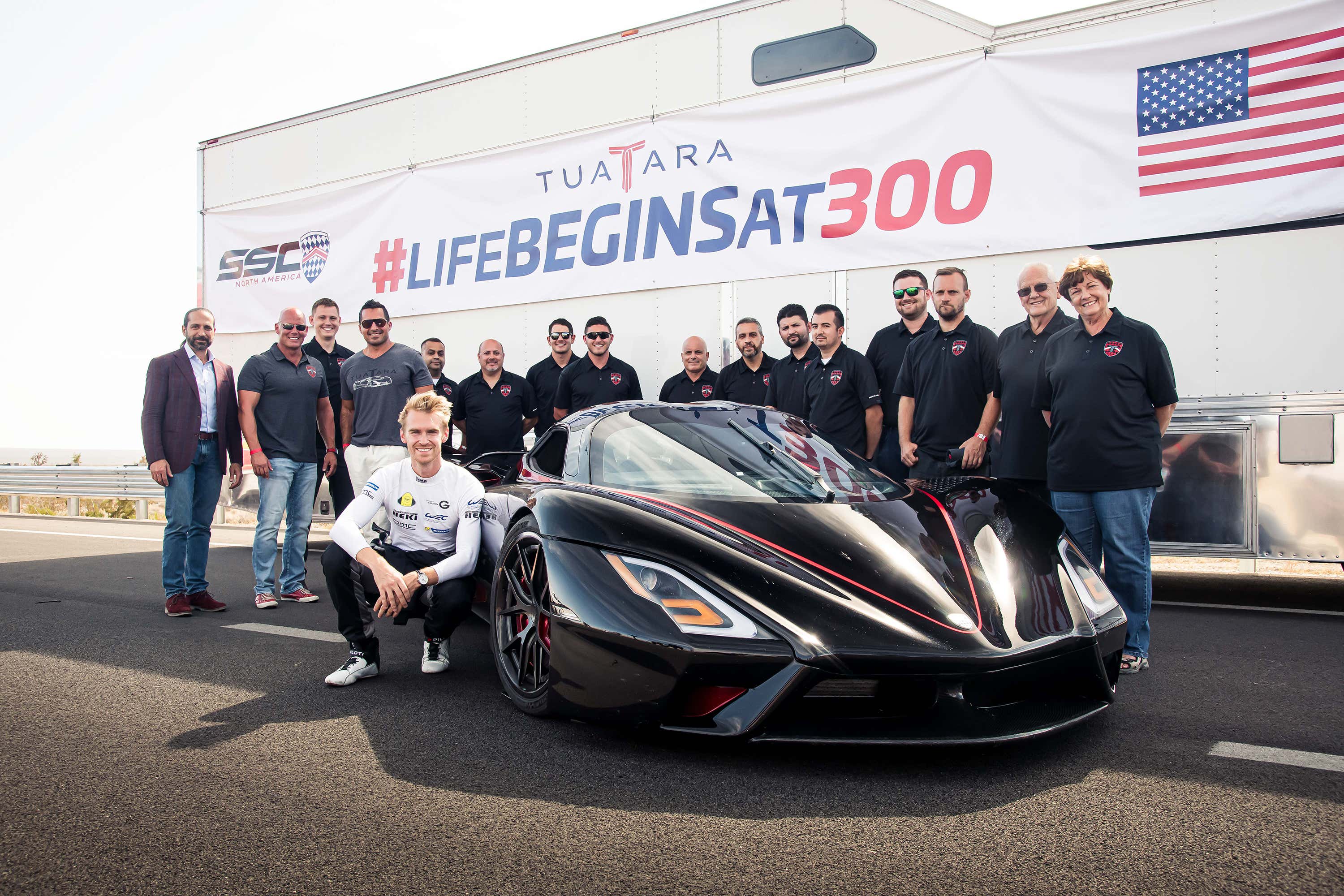 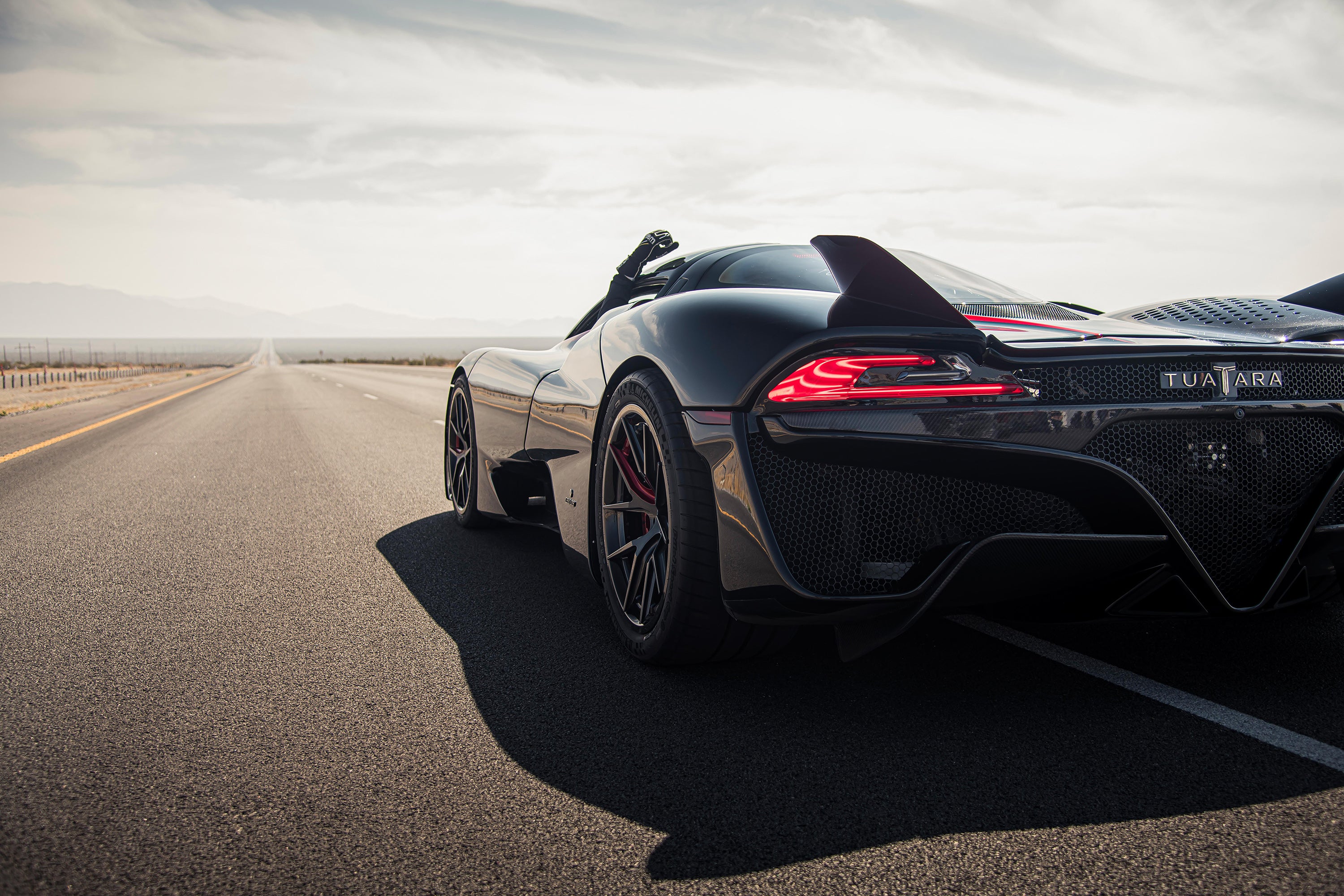 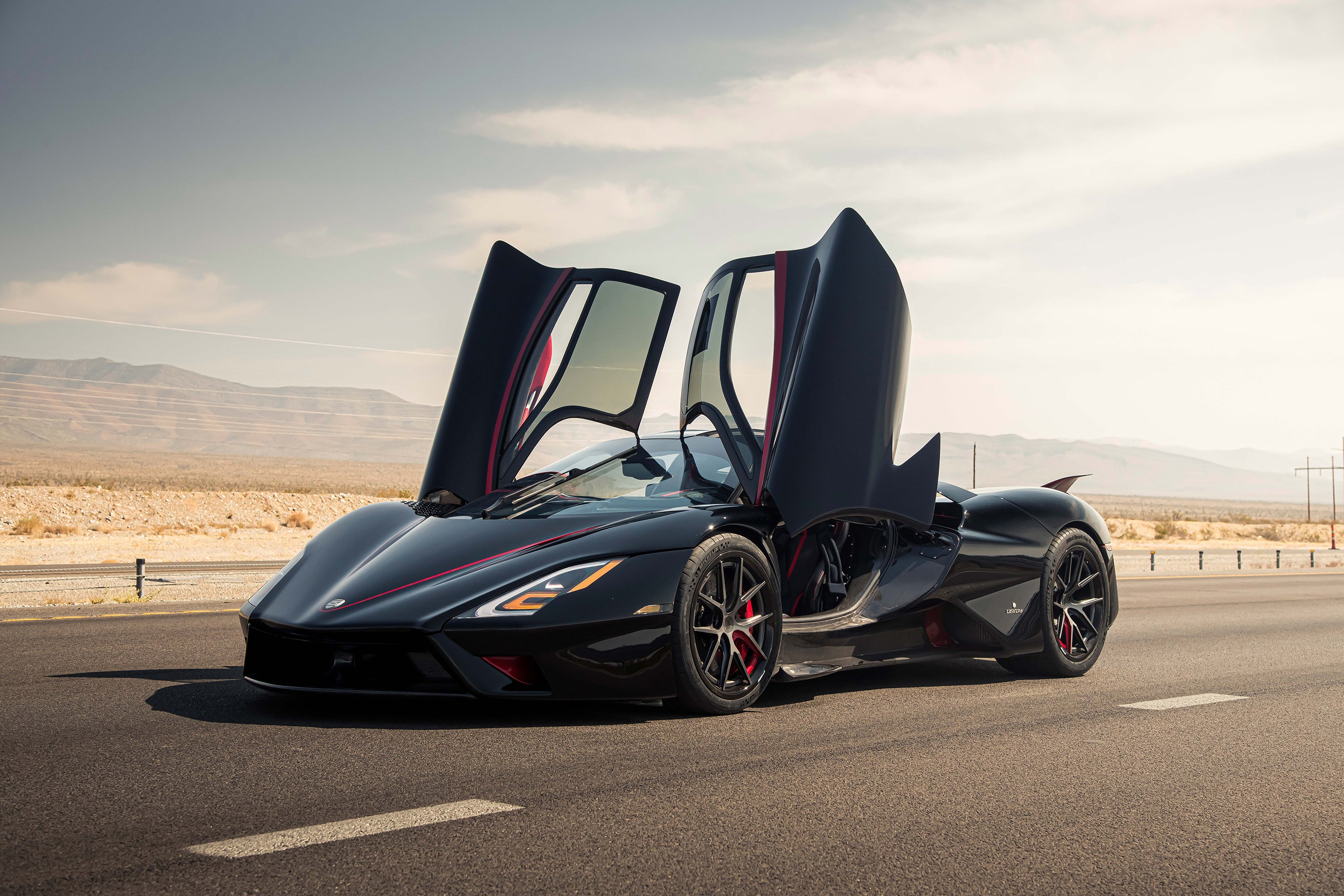 Just in case you wish to keep a record, the Bugatti Chiron Super Sport 300+ uses magnesium alloy wheels, while Koenigsegg believes in its patented hollow carbon Aircore sets. Meanwhile, Gordon Murray would never use a carbon fiber wheel due to their failure mode being “catastrophic,” in his opinion. Lightweight alloys for the T.50, then.

END_OF_DOCUMENT_TOKEN_TO_BE_REPLACED

END_OF_DOCUMENT_TOKEN_TO_BE_REPLACED
We and our partners use cookies on this site to improve our service, perform analytics, personalize advertising, measure advertising performance, and remember website preferences.Ok