The Series 1 Jaguar E-Type Fixed Head Coupé isn’t perfect. The way I see it, while beautiful, it doesn’t have the most ideal body proportions, nor stance for that matter. Yet that’s hardly Jaguar’s fault. Coventry’s 1961 technology didn’t allow for metal or glass to be shaped in certain ways, and aerodynamicist Malcolm Sayer’s futuristic yet sensual exterior design landed on merely upgraded mechanicals from the past—even if that meant a 3.8-liter straight-six engine, independent suspension, and disc brakes all around. What could this icon look like if tweaked today by a legendary automotive designer?

Looking back now, it’s also absolutely irrelevant what I would change on the E-Type. Enzo Ferrari called it the most beautiful car ever made, it’s a British design icon, and a sports car that turned many unsuspecting children into car enthusiasts, including a certain nine-year-old in 1969 called Frank Stephenson. 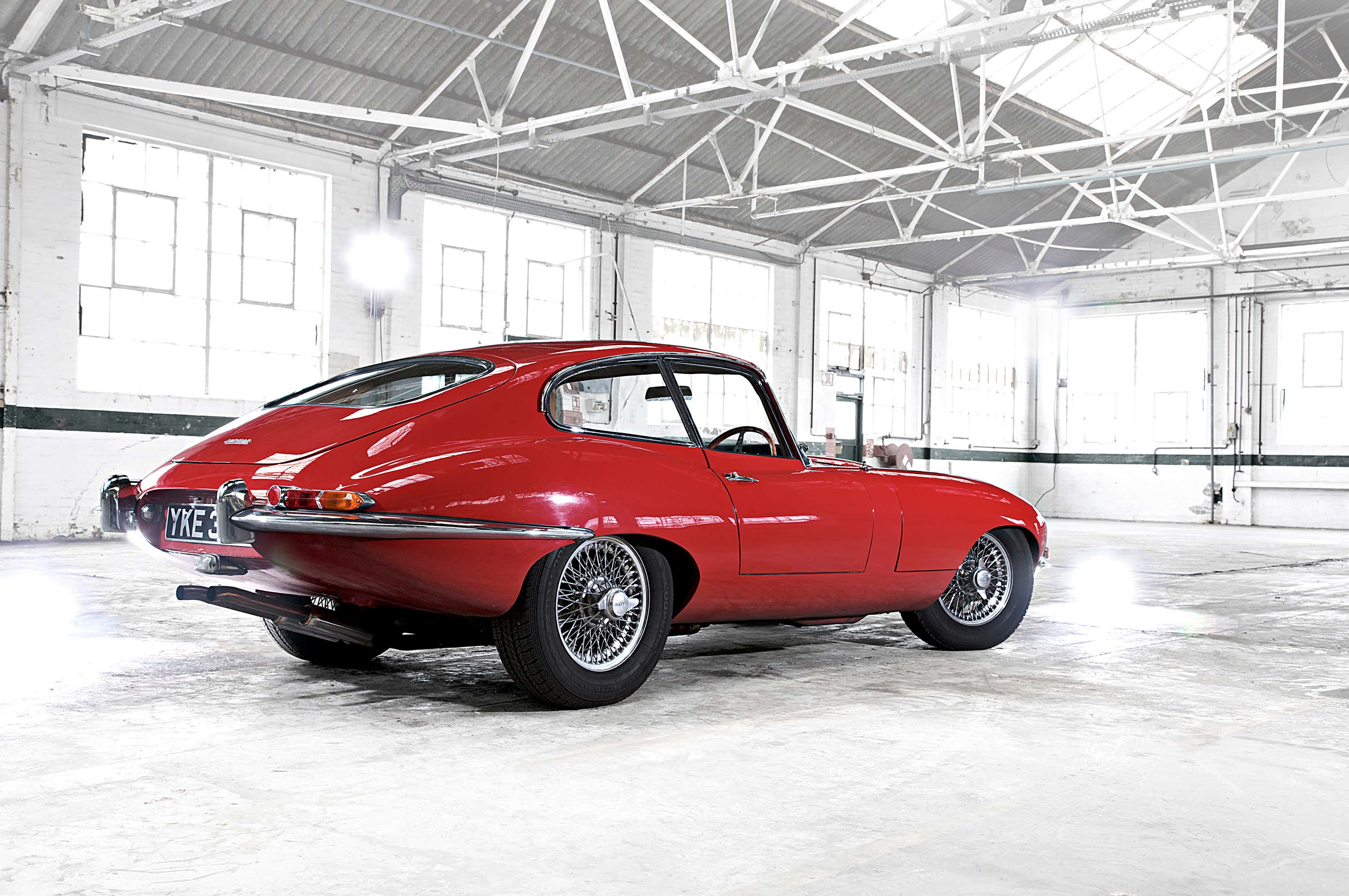 Combining almost six decades’ worth of gained experience in both design and fabrication methods, even the E-Type’s seemingly timeless exterior could be tweaked in search of perfection. Not too long ago, Chip Foose gave it a go for Hagerty, yet I must say that when it comes to European machinery, his style of slamming and adding extra layers of chrome just won’t cut it.

Having been born in Morocco to an American father and a Spanish mother, former McLaren design head Frank Stephenson feels closer to home with the Fixed Head E-Type, the coupé that’s always on his shelf in the form of a scale model, in close proximity to a huge poster of an XK 150 roadster. Needless to say, every modification the designer would apply to the E-Type would have made it significantly more expensive to produce back then, not to mention more time-consuming. Jaguar couldn’t afford either after seeing the public’s huge demand for its affordable sports car.

The question is, 60 years later, would anybody commission such a build? What do you think of these upgrades?

END_OF_DOCUMENT_TOKEN_TO_BE_REPLACED

END_OF_DOCUMENT_TOKEN_TO_BE_REPLACED
We and our partners use cookies on this site to improve our service, perform analytics, personalize advertising, measure advertising performance, and remember website preferences.Ok