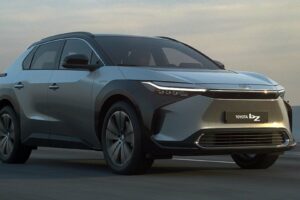 Toyota has been on a curious journey toward battery-electric vehicles this year. Up to now, it’s remained pretty much the only major OEM that doesn’t have one on the market—pretty weird when you think about how much the humble Prius led on early, mild hybridization. Toyota also has, as it turns out, been actively lobbying against battery-electric cars in favor of its own hydrogen agenda. But last week it finally had to commit to building batteries and now it has fully revealed the first car it’s going to put those in: the bZ4X, Toyota’s OG purpose-built battery-electric vehicle.

Of course, because it’s 2021, the thrillingly named bZ4X is an SUV. Or, well, kind of a crossover-type thing that we’re just calling an SUV now, but it does come with an all-wheel-drive option and, in Toyota’s defense, actually looks cool, or at least different to everyone else’s electric people haulers. That’s a good differentiation point because otherwise, it is pretty bang on average.

The bZ4X is the first car to use this new electric vehicle architecture that was developed with Subaru. As such, it’s using Subaru’s all-wheel-drive know-how to, specifically, make a platform for performance SUVs.

Weighing in at 4,233 pounds for the front-wheel-drive version and 4,420 pounds for the all-wheel-drive option, it’s a relatively light SUV if you’re putting General Motors’ Ultium monsters on the scale. It’s a couple of hundred pounds heavier than the Bolt EUV and about the same amount lighter than an Audi E-Tron.

Range is sort of around that mark, too, with the single-motor version estimated at 310 miles and the all-wheel-drive at 286 miles. Zero to 62 miles per hour takes 7.7 seconds, though I expected something quicker from the all-wheel-drive version. The 2019 E-Tron does it two full seconds quicker than that so it’s sorta hard to see what the Toyota’s key performance attribute is if it’s neither range nor acceleration.

But the bZ4X does have a couple of cool features, including the ability to charge via an optional solar panel in the roof. You won’t be able to charge it daily off that but Toyota says it “generates electricity equivalent to 1,800 kilometers of driving distance per year” and that it’s ideal for disastrous circumstances where the grid’s cut off. Which, from here in the having-a-very-normal-time U.K., I can definitely see the purpose of.

What else? Well, it’s got an inside and there sure is stuff in there. These are only prototype renders but there is, extremely threateningly, an optional yoke steering wheel. Toyota describes it as “a wing-shape that promotes eye guidance from hands to meters.” Toyota has also promised steer-by-wire in some models, which will mean that steering only needs to twist by 150 degrees either way for greater driving comfort. 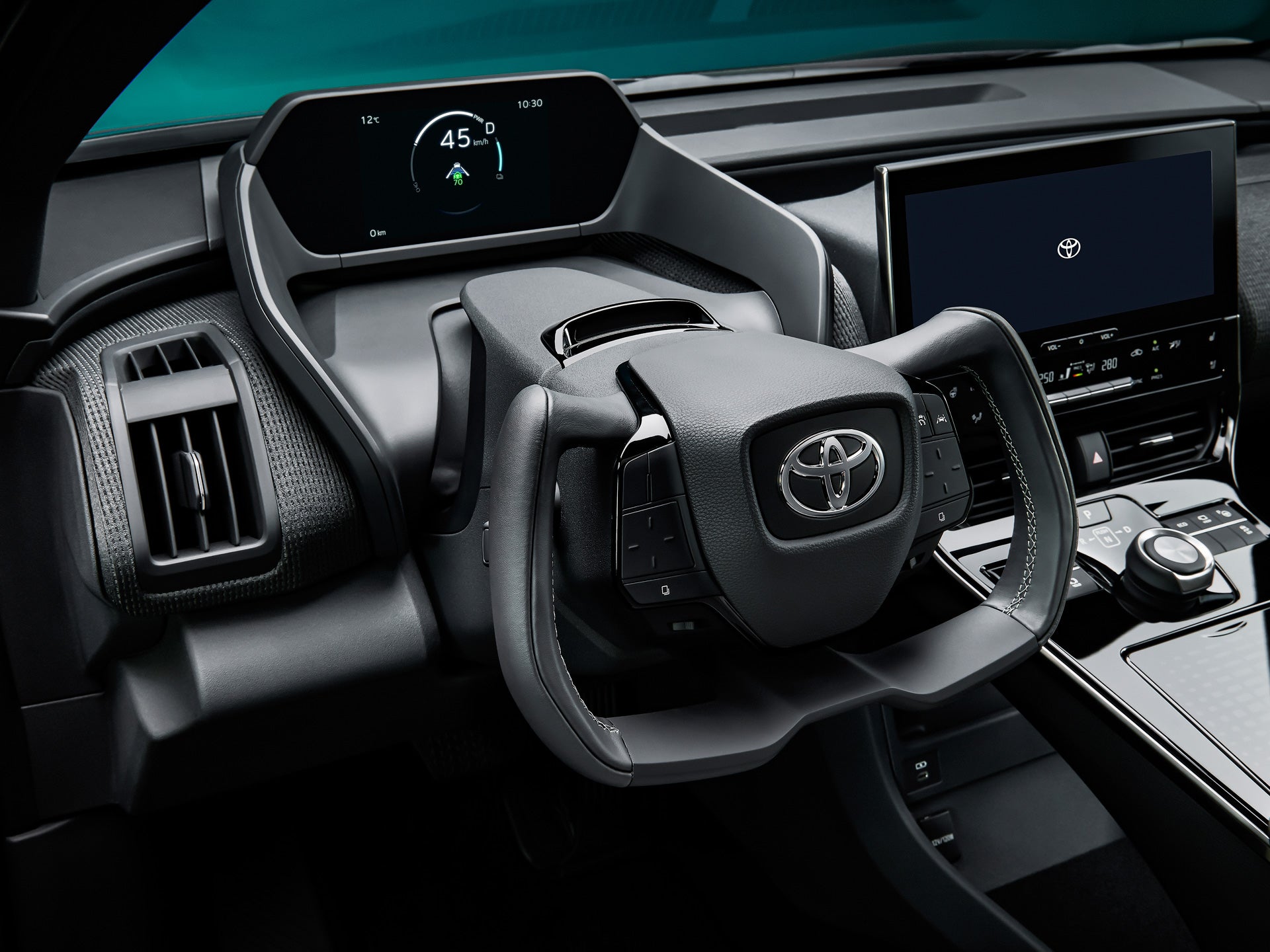 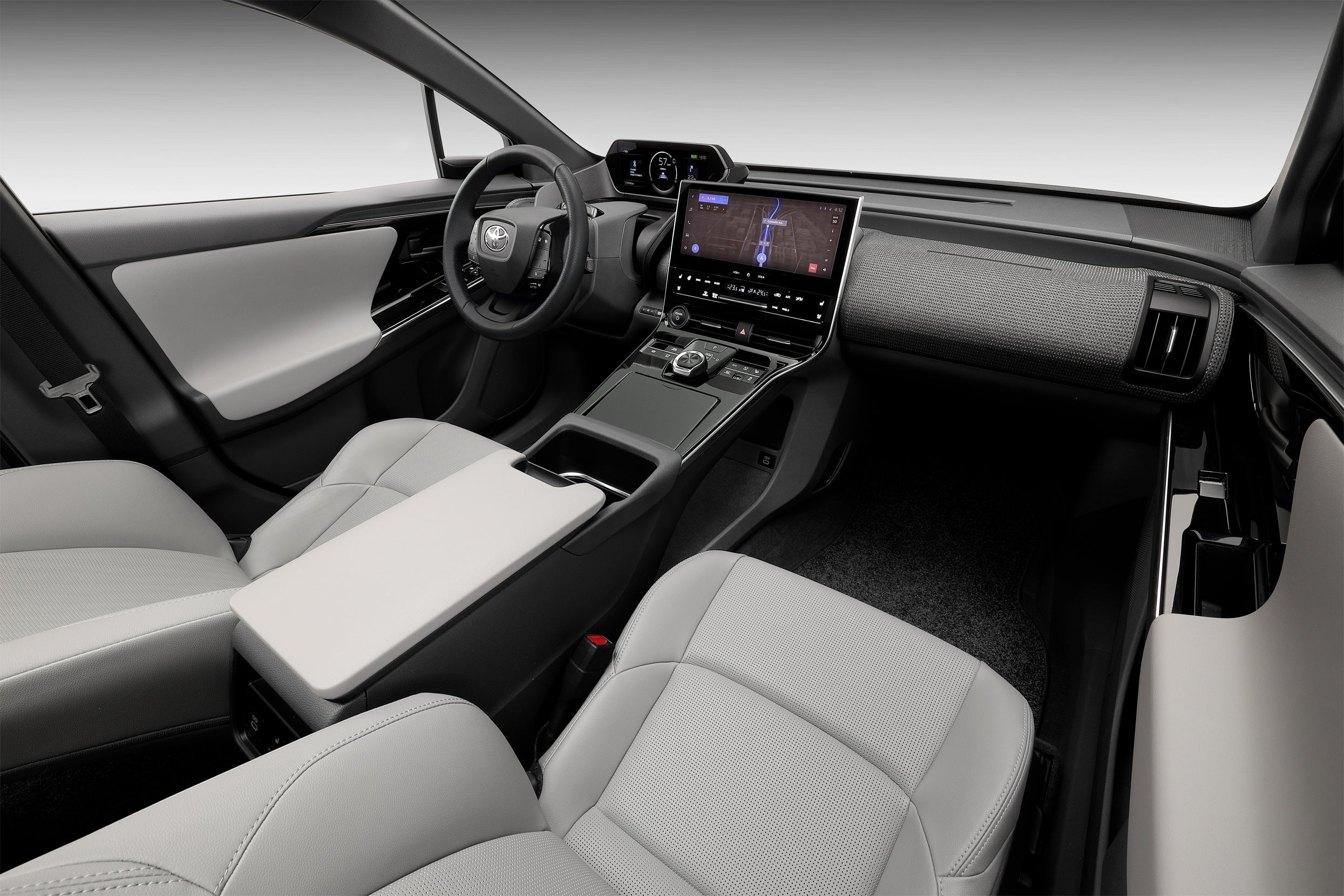 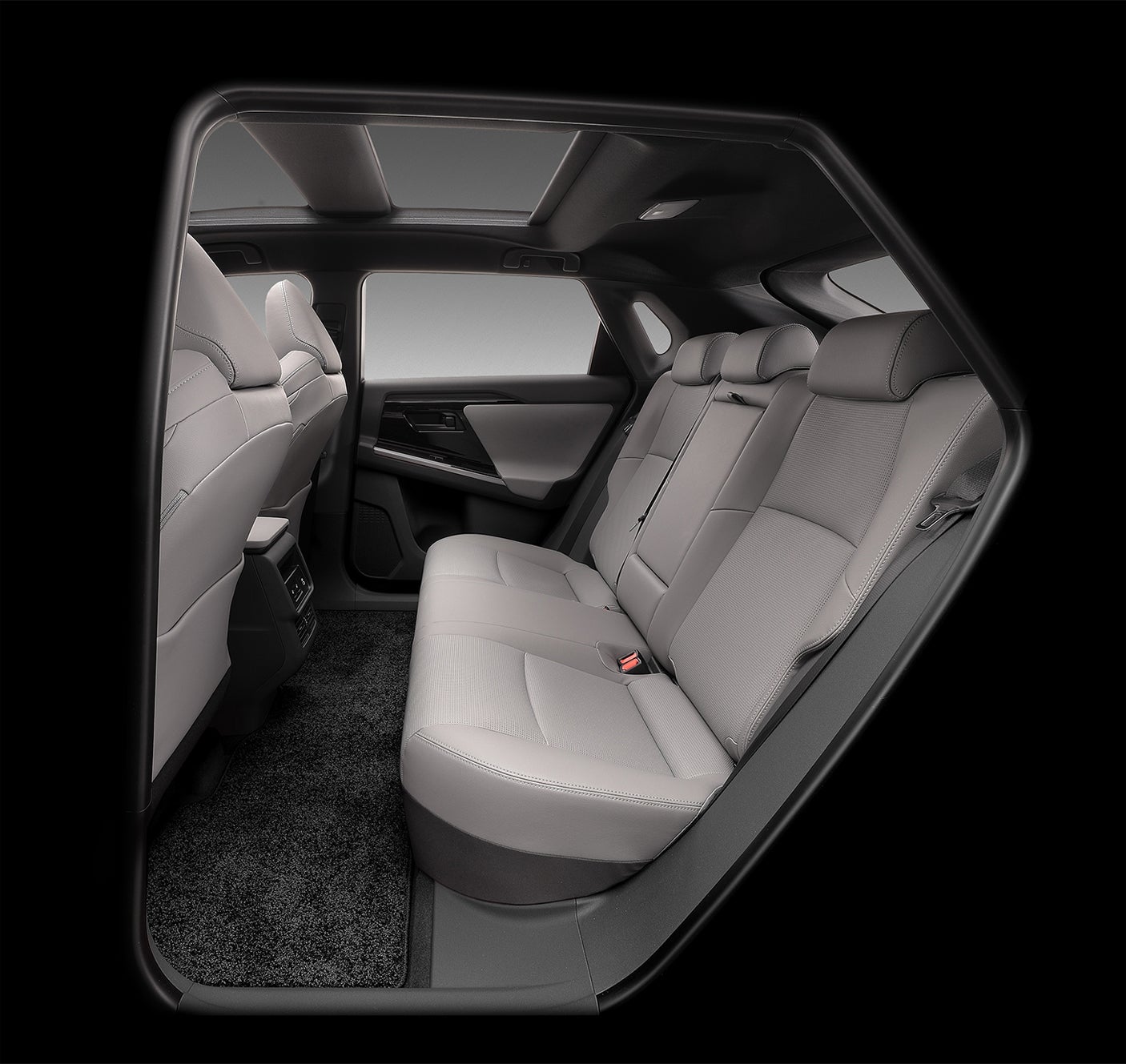 Toyota has built this new architecture to be lightweight for its size with the battery thin and low in the chassis for balance. To be fair, no carmakers are exactly putting them on the roof but there seems to be plenty of attention to detail in terms of safety testing the architecture and improving overall chassis rigidity to protect the 71-kilowatt-hour battery and passengers.

There’s a load of stuff in the release about how cars are no longer just methods of transport. It says a vehicle has to be an “activity hub” (Toyota’s scare quotes) with the intent of playing a role in building “bonds” by being able to provide enjoyable time and space for driver and passengers alike. This is all well and good but if a car with average range takes this long to turn up, it better be at an extraordinary price point or it could sell about as well as the hydrogen-powered Mirai.