After my year of owning a 1998 Lexus LS400 I woke up one morning, chugged a vanilla chai, and decided I needed a sports car. In late-2017 I was still rather broke, so my options were limited. Basically all I could afford in the “pure sports car” department was a first-gen Mazda Miata, famous for its pop-up headlights and adorable styling.

Car Bibles is a new sister site to The Drive focusing on DIY culture, pro tips for maintenance and modifications, and fun takes on the car scene. Click here to check it out! 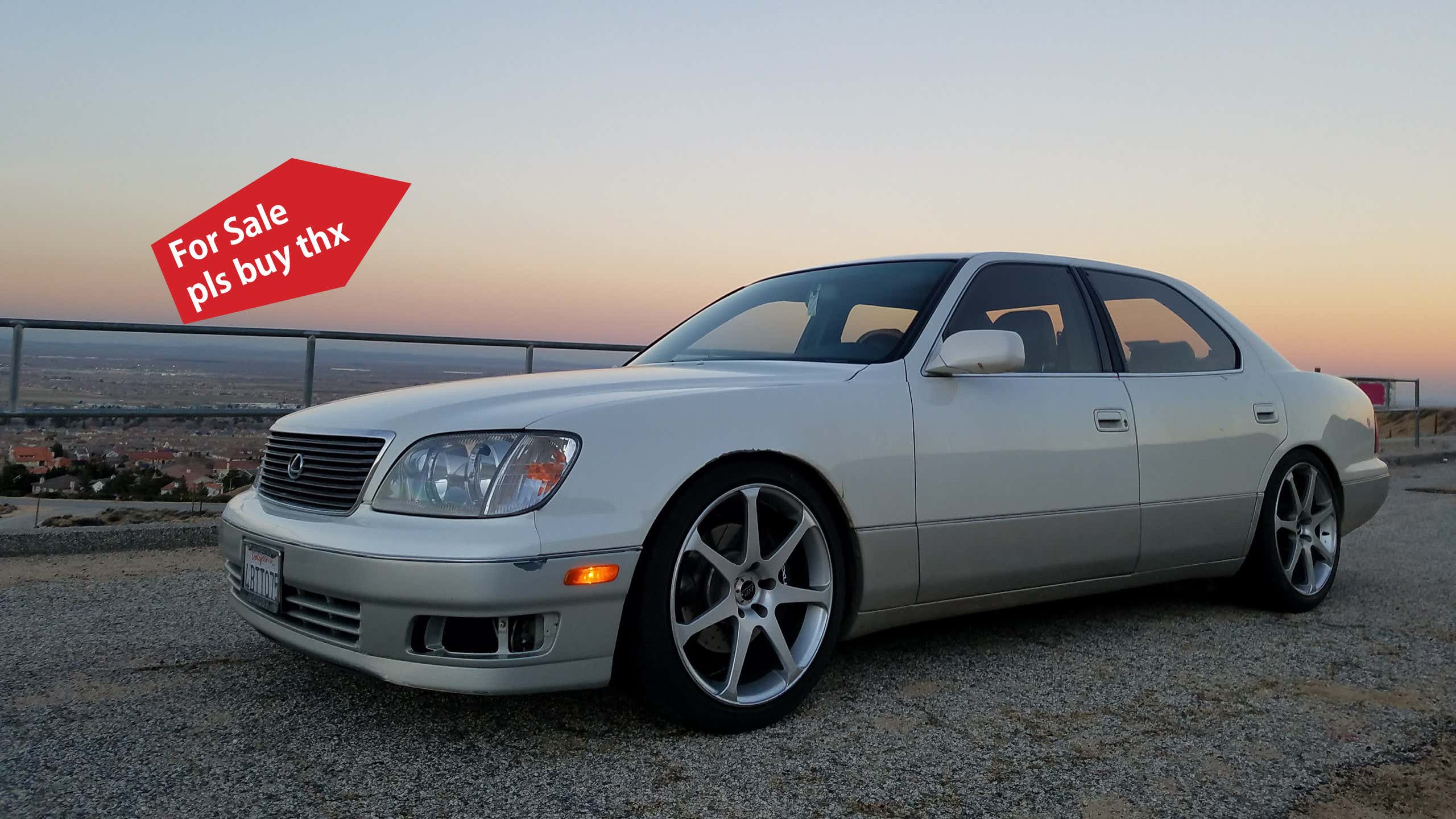 So I listed the Lexus for sale, not knowing what I had at the time. You see, since I acquired that Lexus thanks to a crash-prone offspring of its previous owner, I’d found a few more things that made it really cool. The interior had been fully Dynamat’d for even more quietness, the wheels were intensely rare and straight from Japan, and the Nakamichi stereo was another rare option and a huge highlight of the car.

I enjoyed that I could whisper to my passengers at 85 mph, but I was dying inside. I couldn’t cane an LS400 in the canyons, it’s simply indecent, and also zero fun. I wanted something I could really explore some driving in, not just a cruiser. So in a delusional haze, I started firing off texts to various Miata ads across Craiglist for months.

About a month after listing the Lexus with zero interest, I received a text one afternoon that read something like “I have a turnkey road race Miata I want to trade for your LS.”

The extent of my youthful stupidity was obvious when I saw the photos of a complete shitpile Miata and thought, yes I will drive to Vegas for that. Life gave me an opportunity to rethink my foolishness via my family trip happening the day after I got the text. A month in El Salvador should have put my head on straight.

In the opening days of April 2017, right as the plane landed, I began coordinating my trip to Vegas for this Miata. A date and time quickly came together, and I set off on April 3 across the Mojave Desert for one final, glorious ride in the Lexus. Though I made note of the exquisite refinement many times during the warm drive, including impressive efficiency of 29 mpg highway, I never once thought that Miata would be the complete opposite. Hindsight, as always, is 20/20. And stupidity is 20/60. 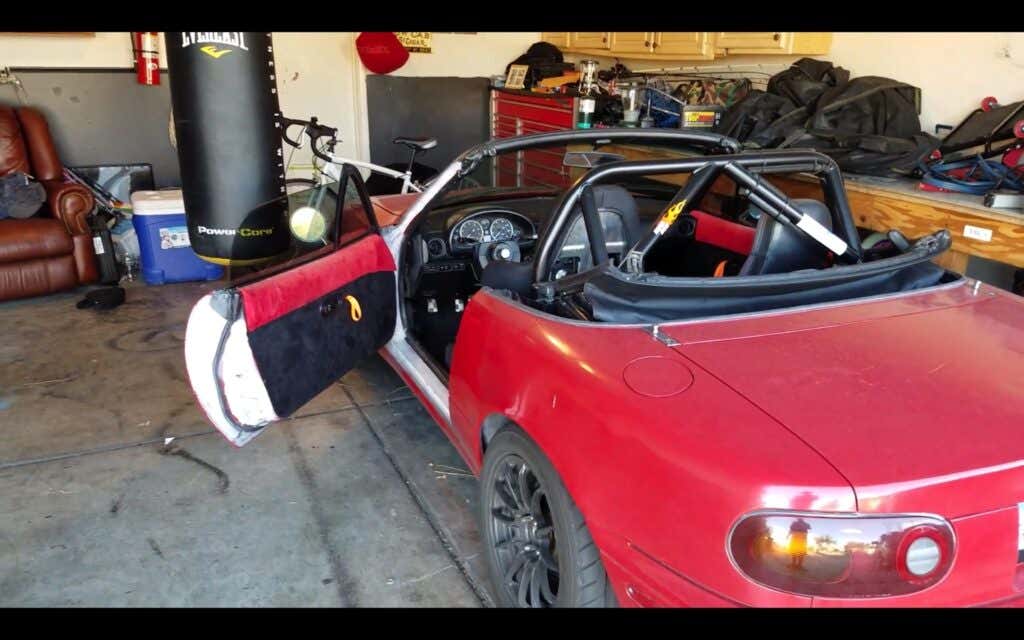 You know, it doesn’t look too bad…

Arriving at the dude’s house, I noted a really nice early Lexus IS300 sitting outside, and saw the Miata sitting in the garage, peacefully plotting my personal living hell for the drive back to Los Angeles. I inspected the car and it came back mostly clean, but heavily modified with full polyurethane bushings and R-compound tires.

Hilariously, it was registered as a Nevada Classic Rod. It was old enough, and the lack of a catalytic converter on this example necessitated the funny registration. Maybe, the raw carbon monoxide poisoning from breathing in the fumes on the test drive persuaded me to sign my title and hand it to the jdmtytedudebro seller who stood before me. I still rack my brain trying to figure out what possessed me to make this trade. 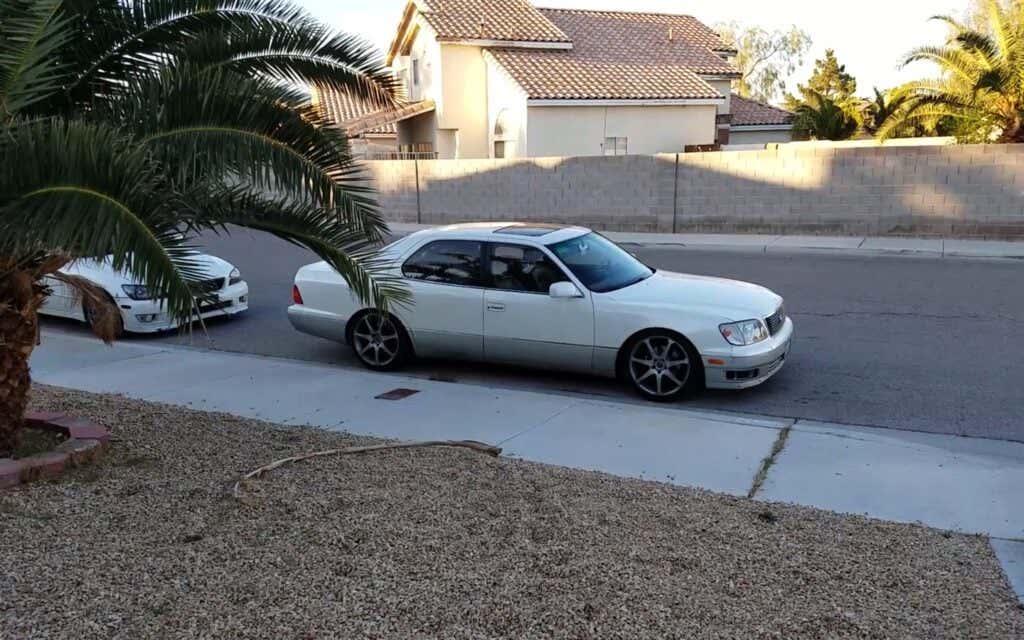 Leaving behind the excellence.

Of course, a Miata is fun on a test drive around town, on open roads, blasting and shifting about. It felt whimsical, grippy, mechanical. I still hadn’t considered that I had to drive this car on 200-odd miles of highway home, with the top up. Yes, I test drove it with the top down. No radio, just gauges, a snug (read: uncomfortable) Kirkey racing seat, Momo quick-release wheel, loud exhaust, and a roll bar. I asked the universe for pure sports car, and I got it.

So yes, I signed that title, and claimed ownership of the Miata. I moved my stuff from the LS400 into the Miata, squished my Samsung earbuds into my cochlea, clicked myself into the six-point harnesses and set off straight onto the I-15 out of Las Vegas, light fading into night.

By the time I hit Primm, Nevada about 20 miles down the highway, I knew I had fucked up. Even with the ear plugs in, my bottom hurt, the car rode like complete ass, it was loud, scary, unstable, if I lifted off the throttle at 80 mph the car would feel like it was changing alignment. I braved through the night with some Smoking Tire podcasts, terrified, headlights parachuting and slowing me down. I maintained a steady 85 mph out of sheer desperation to get to my only fuel stop. I felt small, unsafe, and deeply unsatisfied with my poor decision making.

Now, the realization poured over me like wet skin in a cold breeze. I had really fucked up.

I filled up in Barstow, took a breather, and continued. As I settled back into the 85-mph, 4,500-rpm rhythm, I noticed the oil temperature gauge climbing slowly but steadily. Oil pressure was good, but the car’s blood worked its way up to 250 degrees and stayed there. I couldn’t be bothered to stop in the middle of nowhere, already feeling incredibly sketched out, so I pushed on. Another scary 30 minutes from home in the shape of massive dip in the road crashed my nerves harder than the spaghetti-chassis Miata crashed into the dip. I was really over it. 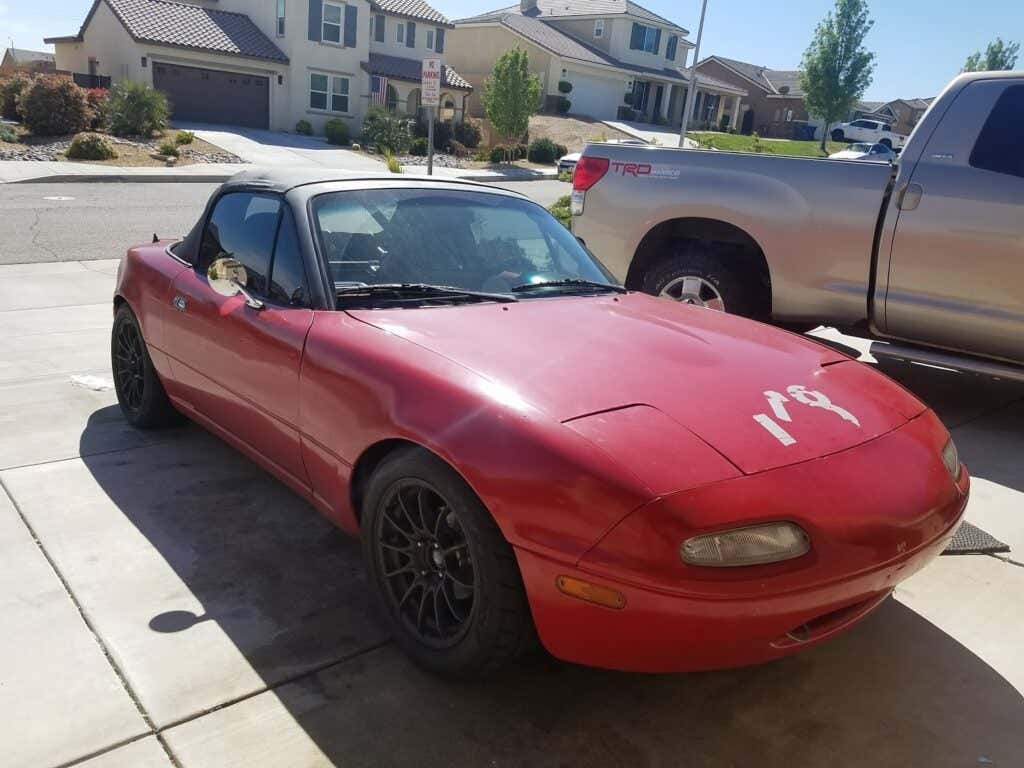 The actual for sale photo for this pile.

I made it home, got out, took five deep breaths, and took photos of the car. I had it listed for sale before I collapsed into bed. Two days later, someone came to look at it, offered me $3,000 and a used Macbook Air in trade, and I took the money and ran. I saw the car listed again maybe a week later. No clue where it went after that.

In the end, you could say I came out profiting since I only paid $2,500 for the Civic I bought originally, traded for the LS400, traded for the Miata, and sold the Miata for $3,000 and a computer.

But the bigger takeaways were these lessons: Don’t pressure yourself into taking a car because you’re far away from home. Definitely don’t forget what you already have in front of you, because usually that’s much better than the garbage someone wants to trade you for.

God, what a painful experience, but I wouldn’t trade it for anything. It was one of the biggest automotive learning moments of my life.

Chris Rosales is a writer at Car Bibles, a new sister site to The Drive focusing on practical tips and DIY advice to help you get the most out of your car. Come see the freshly redesigned Car Bibles right now! Or check us out on Twitter, IG, and Facebook. Actually LinkedIn too, if you’re on there.