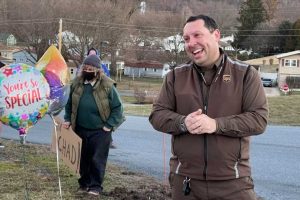 In the middle of last year, UPS saw a sizeable increase in deliveries due to the number of people hunkering down at home and having goods shipped instead of shopping in person. The brown-clad fleet of drivers in brown trucks delivered an average of a staggering 20 million packages per day in 2020. Drivers like Chad Turns in Dauphin, Pennsylvania have been working overtime to make sure packages were distributed to the intended recipients.

The residents of Dauphin went out of their way to make sure Turns felt appreciated for his hard work. Teacher Jenny Shickley was talking with some of her neighbors about Chad Turns, their UPS driver, and how great they thought he was and they decided to do something extraordinary: she set up a surprise party at the local fire station, established a community PayPal charity, and posted the link on Facebook in a group called “Thank you, Chad.” In about two weeks they had raised over $1000 to give to Turns along with a giant thank you card and a bag of dog treats to hand out along his route (because it never hurts to butter up the pooches). 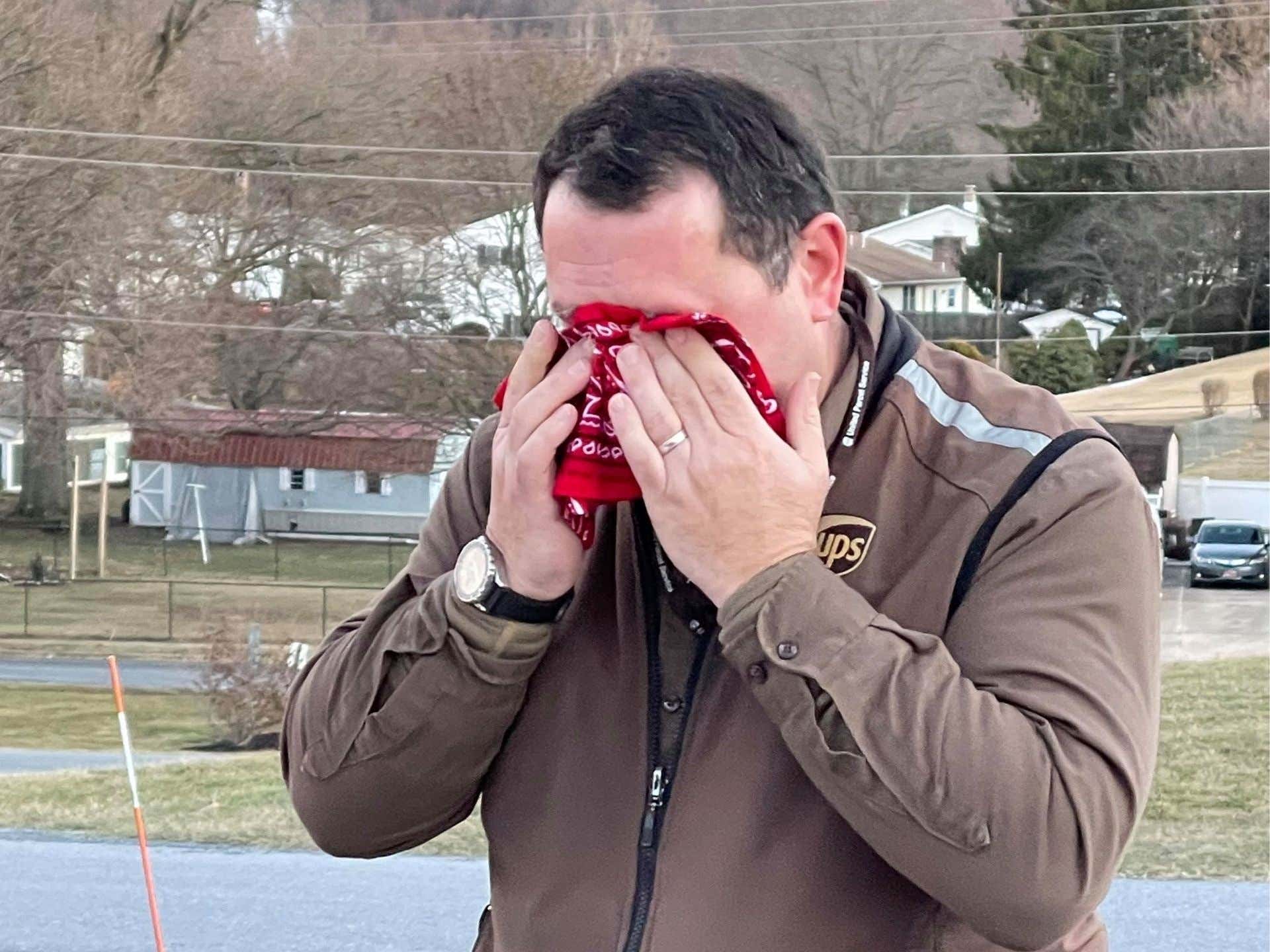 A small town outside of Harrisburg, Dauphin had 800 residents as of the last census and it’s a tight-knit village. Working with the local UPS dispatch, they arranged for Turns to arrive at the Dauphin Middle Paxton Home Fire Station at the end of the day for an on-demand delivery. When he pulled up, neighbors were holding signs and balloons and cheering for their local hero.

“Chad once thought an unwrapped box was a gift for my children, and he didn’t deliver it until he could hide it in the garage, letting me know he didn’t want to ruin a surprise,” local resident Adam Shickley told Fox40 news. “We just think his caring and compassionate attitude is something we wanted to reward. He’s one in a million.”

Turns was visibly moved in a video posted in the group, taking out his red handkerchief to wipe his eyes and wearing a giant smile.

“We are all tremendously happy to see Chad receiving additional accolades for the kindness he shows to the residence of Dauphin as he delivers our packages with care and a positive attitude,” Dauphin resident Kristie Fogelsong told me.

This town went way beyond a simple thank you, and it’s great to see good people like Turns recognized and valued. 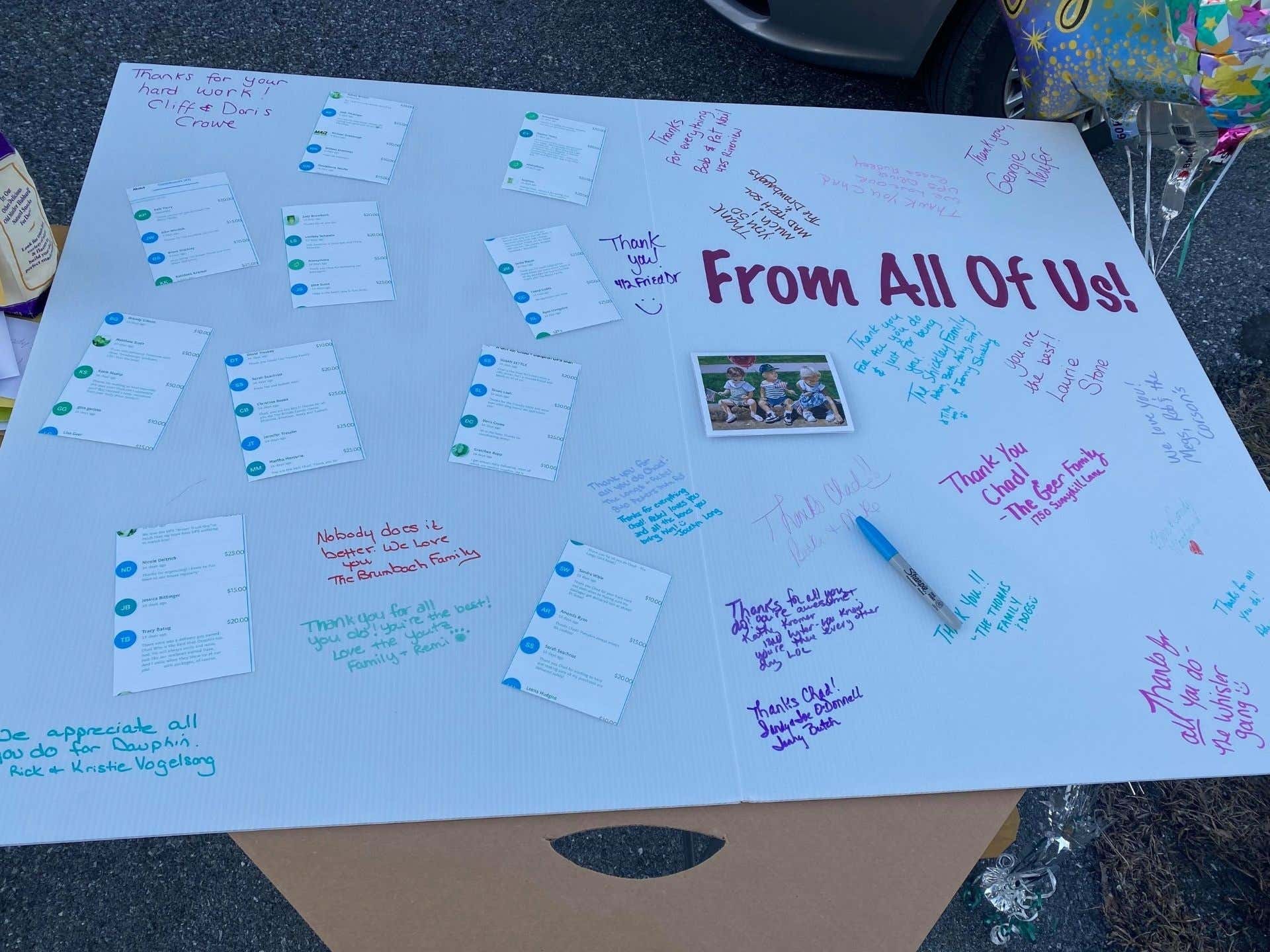 Got a tip or more feel-good stories? Send the writer a note: [email protected]