USA: Average age of cars at an all-time high of 12.1 years 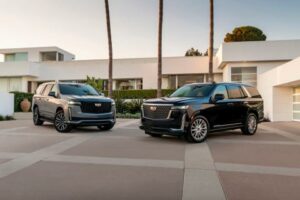 This is the first time the average vehicle age has risen above 12 years.

The average age of cars in the US is said to have increased to an all-time high of 12.1 years. According to a media report, this is the first time the average vehicle age has risen above 12 years.

As per the data released by IHS Markit, the average age of cars has been steadily growing over the past 15 years. However, this trend witnessed an accelerated growth amidst the coronavirus pandemic, partly said to be because of the drop in new car sales.

According to the data released, the main reason for the growing average is the increasing prices of new vehicles. Another reason is that vehicle’s today are better built, compared to those 20 years ago. If a car lasted for 100,000 miles 20 years ago, today’s vehicles, even with multiple owners, are capable of lasting double the distance, if not more.

However, the reports also mention that the increase in average vehicle age doesn’t necessarily mean a lesser sales number of new models. The data shows that since cutting down during the financial crisis, customers are adding a second or third vehicle to their households. New car sales have been running at near-record numbers for years, apart from the few months that were affected by the pandemic last year.