Vaughn Gittin Jr. Is Set To Climb Hill At Goodwood In 2020 Shelby GT500 A mecca for all things motorsport since 1993, the Goodwood Festival of Speed brings the thrills of speed to the Goodwood Estate in the United Kingdom. The centerpiece of the event is the hill climb, wherein a wide variety of machines ranging from street machines to Formula racers ascend at speed through the British countryside.

“Goodwood Festival of Speed is like candy land for us car guys and girls! I have seen cars that I never dreamed I would see in person and they are not just sitting, they are being driven in anger,” Vaughn explained. “Cars like turbo-era F1 cars, Group B rally cars, and my favorite, the Zakspeed capris from the Group 5 golden days!  Seriously I’d have to classify this as the Mecca when it comes to automotive festivals.”

In recent years Ford participated with everything from the Focus RS to the Ford GT along with a wide variety of Mustangs. These vehicles are driven by a number of Ford-sponsored race drivers, including the Professional Fun Haver and drifting star himself, who has driven some serious Blue Oval iron up the historic hill.

“They absolutely love my Mustang RTR, the exhaust note puts ear to ear smiles on faces,” he said. “Drifting has become a big staple and people literally run to the spectator spots when they hear it. I think we have represented well over the past few years and built a deep love for our beloved Mustang over there at this event in particular!”

While Vaughn is a fearless driver with impeccable car control, the confines of the Goodwood hill are no joke. The course is challenging, and the hardware he is driving usually has an abundance of power.

“It is super tight and sketchy at full attack! There is very little grass before the hay bails that are staked into the ground and might as well be concrete. The flint wall without fail creates a pucker moment every time I pass it. But damn it’s fun and rewarding to get a clean pass!” Vaughn said. “My favorite car so far has been my 5.0 Aluminator-powered, Vortech-supercharged Mustang RTR Spec 5. This is the same car I drove the Nurburgring in and it such a fun wild machine to drive. Nine hundred horsepower is a handful on that right short circuit but sketchy fun is always fun!”

This year Ford Performance bestowed a special honor on Vaughn. He will drive the company’s forthcoming halo Mustang — the 2020 Shelby GT500 — up the hill several times.

“This will be my first time driving the new GT500,” Vaughn said. “I am honored to have been asked by Ford to run it up the hill a couple times each day from Thursday July 4th to Sunday July 7th. I’m damn excited!”

While most of in the US are celebrating Independence Day, Vaughn will be lighting off some American fireworks behind the wheel of the next GT500, which is making its debut in the UK. How he does it will remain to be seen. Vaughn teased his social media followers with the prospect of drifting it up the hill, but he may just make a traditional speed run.

“This is going to be an in-the-moment decision, it will depend how much I feel like possibly getting my hand smacked by the Duke,” Vaughn joked. “I am most excited to push this car for what it’s built for and feel the full package that the Ford Performance team have developed in all its glory — 760 horsepower, 625 lb-ft, aero, huge brakes, and serious suspension. One thing is for sure, my face is gonna be sore from smiling no matter what!”

You can watch the livestream (above) when it kicks off on July 4, 2019, and there will certainly be highlight videos of the various Ford vehicle runs posted throughout the weekend. So, between burgers and fireworks, be sure to catch the next Shelby GT500 in action across the pond. 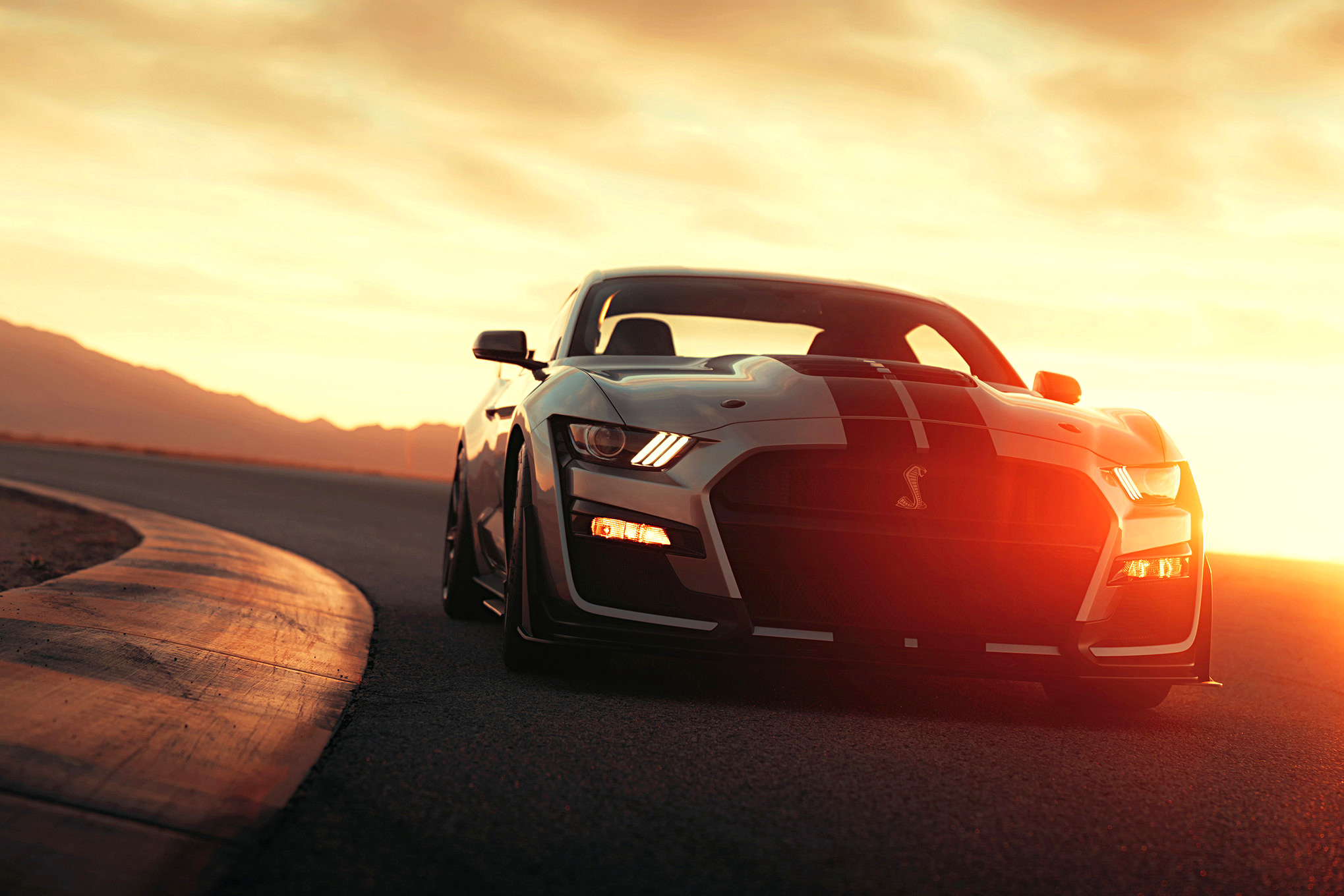 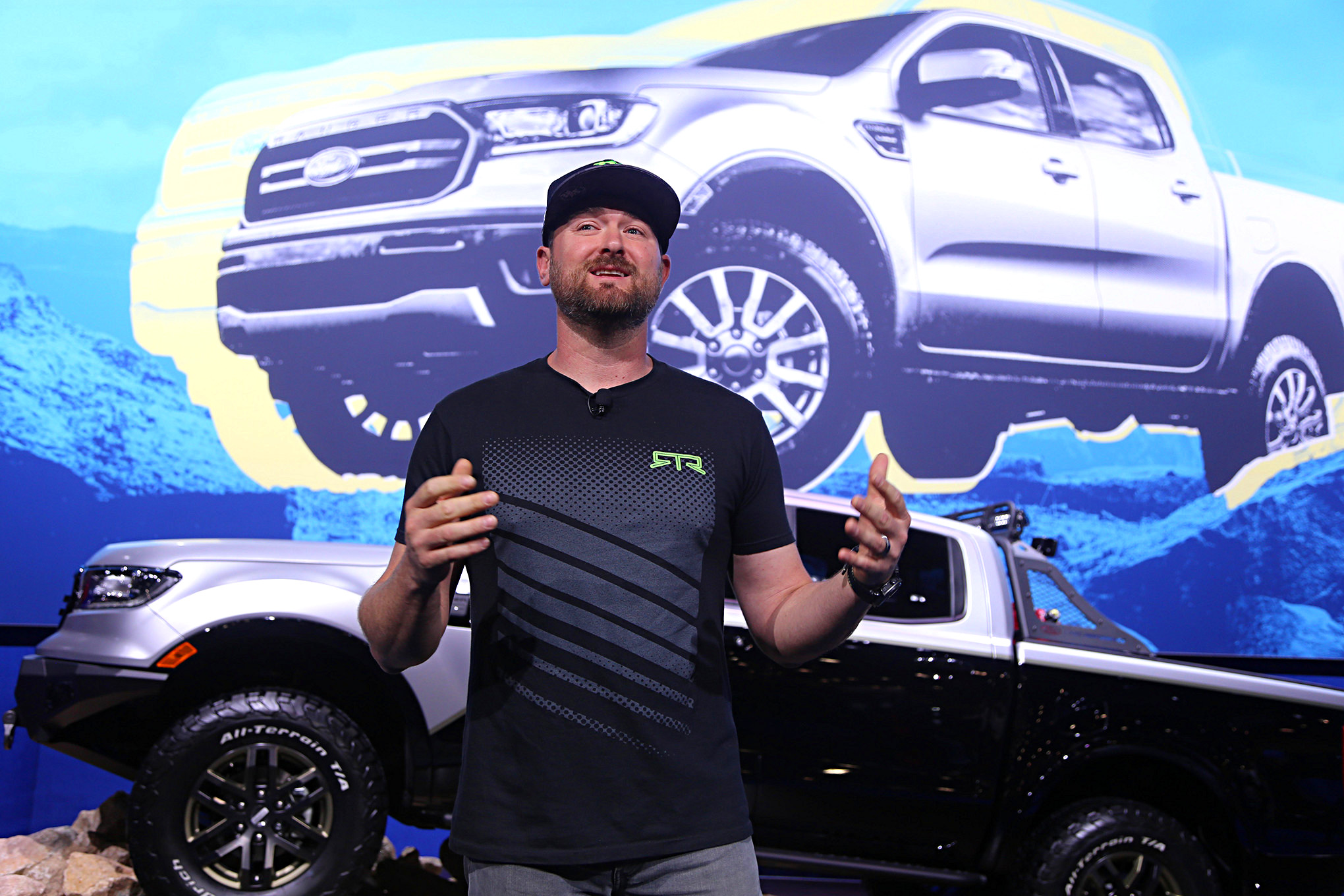 Photos by Steve Turner and courtesy of Ford Motor Company