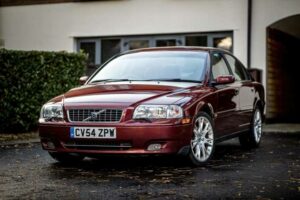 Fed up with ropey looking, uncared for sheds? Feast your eyes…

Shed’s dad gave him lots of advice. Unfortunately, the tips Shed really should have paid more attention to, like ‘marriage is a great institution, but who wants to live in an institution?’, were obscured by a load of other weighty-sounding but essentially stupid pronouncements like ‘you know it’s cold outside when you go outside and it’s cold’ or ‘I’m not superstitious, but I can be a bit stitious’.

Over time Shed simply gave up trying to understand what the old git was going on about while winking and tapping his nose in an annoying way, but one or two gems did hang around in Shed’s memory long after his dad’s demise. ‘If you bang two halves of a horse together it doesn’t make the sound of a coconut’ had Shed confused for a long time but now he likes to throw it into any conversation concerning Volvo’s Geartronic automatic gearbox.

Just like his dad, Shed will never explain what it means, partly because he doesn’t know himself. The gist of it however is that not every Geartronic Volvo is going to give you trouble, but if you can possibly avoid them, then why wouldn’t you.

The five-cylinder 2.4-litre diesel engine in today’s Volvo S80 D5 is a good ‘un when it’s not being hampered by a Geartronic box, which this one isn’t. There’s more good news for those of you who detest shoddily presented and unwashed sheds of the week. This week’s car is beautifully polished and shiny, as is the ad itself, packed as it is with honest-sounding and useful info and the sort of pictures that you’d be happy to see in any car mag.

Shed is going to keep his input to a minimum this week as the ad quite literally says it all. Probably the only thing it doesn’t mention is the S80’s famously hopeless turning circle which would only seem compact to you if you happen to be the captain of the Evergreen Ever Given container vessel. And if you are, well played sir for a lovely handbrake turn ruined only by a total lack of foresight in the design of the Suez Canal.

One thing the S80 ad maybe shouldn’t have drawn attention to is the fact that the belts have been replaced. Normally that’s a good thing, especially if you’re one of those cheerily optimistic buyers who think that timing and auxiliary belts only need to be changed once in a car’s lifetime. Shed has met quite a few of those folk in his time, and he never argues with them about it when they’re buying a car off him, but the picture of the belt-change sticker in this case tells us that the replacement items in this Volvo are now nine years and 106,000 miles old, which is a year and/or 10,000 miles over the recommended change interval (although the ad does also suggest that additional undocumented work might have occurred in the meantime).

D5 belts are very robust and long-lasting but anyone who’s interested in keeping such an obviously nice car going would probably want to factor in the cost of installing a second set. That could be seen as negating the point of buying a sub-£1,500 car unless you’re one of those types who spend all their time and money keeping old cars pristine. Someone like the present owner, perhaps.

These folk are perfect people to buy from. Instead of flogging a dead horse ten minutes before the MOT expires they put a new ticket on it for the next owner. The test on this one was carried out less than a month ago and revealed no nasties or even semi-nasties. That’s been the pattern for much of the car’s life, the only exception being a couple of years ago when some useful work was done on the suspension and steering to get it through the inspector’s gimlet-eyed examination.

It’s funny how cars come and go. This is the third S80 we’ve had in as many months. Before those three we hadn’t had one since 2017 but now you can hardly move for them. To save you the bother of looking up the forums on those other two S80 SOTWs, both of them big-capacity, high-performance petrols, the nub of it is that a manual diesel like this one does away with just about any objection to owning an S80. Apart from the turning circle.