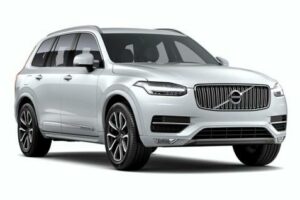 At present, the XC90 is available with a 2.0-litre diesel engine, which will be replaced with a petrol mild-hybrid.

Earlier this month, Volvo launched mild-hybrid versions of the S90 and XC60. Now, the Swedish carmaker is planning to replace the XC90 2.0L Diesel with a Petrol mild-hybrid.

The mild-hybrid version of the XC90 is likely to be offered with a 2.0-litre petrol engine paired with a 48-volt hybrid system. A similar setup powers the S90 and XC60. This powertrain puts out 247 BHP and 350 Nm and comes paired to an 8-speed automatic transmission.

The XC90 is also expected to get a few cosmetic updates including a revised grille featuring the new Volvo logo, tweaked front and rear bumpers and new alloy wheels. On the inside, the SUV will be equipped with an updated Android-based touchscreen infotainment system.

At present, the XC90 is available with a 2.0-litre diesel engine that produces 235 BHP and 480 Nm. This variant will be discontinued, post the launch of the petrol mild-hybrid version.