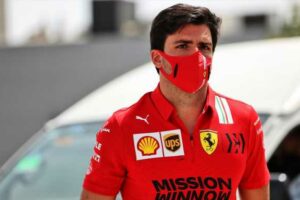 Carlos Sainz says the “crazy” downforce of modern F1 cars has ensured the Hungaroring is no longer a low-speed circuit.

In the past, the track has not been one of the most popular on the calendar among F1 drivers, many finding it a little slow and boring for their liking.

Indeed, with its twisty, technical and narrow nature, it has become widely known as ‘Monaco without walls’ over the years.

However, Sainz says that thanks to the modern F1 cars, it is no longer like that and is a much faster circuit nowadays.

“Budapest recently has actually become a medium to high-speed track with these cars,” he said, quoted by GP Fans.

“If you look at Monaco and Baku, they are second and third gear corners. Budapest nowadays, with these crazy high-downforce cars you have a middle sector that you are fourth, fifth gear all the time.

“So it’s not a pure low-speed track all the time like it used to be in the past.”

It is still undoubtedly a high-downforce circuit though, and such tracks are ones Ferrari have enjoyed success at this year, taking pole position in Monaco.

Despite that and the fact the Italian team only just missed out on victory at Silverstone courtesy of Charles Leclerc though, Sainz is not expecting them to be able to fight the top two teams again in Budapest.

“I don’t think it will be such a good track for us,” he added.

“I think it’s a great opportunity to be right behind Red Bull and Mercedes but downforce is still king.

“And we see it from data that these guys still, as we saw at Silverstone on the hard tyres with Lewis, have a bit more pace than us and they should be ahead in Hungary.”

Leclerc feels the same, stating that dreaming of a first victory since 2019 is somewhat unrealistic.

“But on the other hand, we also need to be realistic. We are in a good mood, but I feel like going for the win in Budapest could be a bit optimistic. So realistically, I think I will be happy if we are just behind the two top teams.”