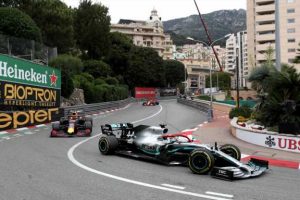 The circuit for the 2021 Monaco Grand Prix will begin to be built next week, the local government has announced.

As a result of the global pandemic, the iconic race didn’t take place for the first time since 1954 in 2020, and there have been rumours circulating that the same will happen in 2021, with it being cancelled along with the other street races on the calendar.

However, the organisers quickly denied such claims:

“Despite the latest rumours circulating on certain websites and social media, the ACM can confirm the Monaco GP will take place from 20-23 May 2021,” read a social media post.

Furthermore, an F1 spokesperson told Planet F1: “We have set out the details of the revised 2021 calendar and there are no other changes. The suggestion street races will not take place are completely wrong.”

It is now looking more and more likely that the race will indeed go ahead, with the installation of the track beginning as soon as next week, it has been announced.

Track markings will be repainted, barriers and structures will be built and traffic restrictions in the relevant areas will begin to be introduced.

Usually, such work begins just under two months prior to the race, but preparation has started earlier this year due to plans to host a Formula E Grand Prix and historic races as well as the F1 race.

Due to COVID-19, it’s highly unlikely that the paddock will be as jam-packed with fans and guests as it usually is throughout the race weekend.

However, according to Helmut Marko, plans are already being put in place for the vent to allow half of the usual number of spectators to attend.

“I heard they are working on an idea to allow the race to take place with half the spectators who can normally be welcomed,” he said, quoted by FormulaPassion.it.

They’re not the only ones intending to allow a high number of fans to attend the race, with the Spanish GP organisers putting tickets on sale and providing specific COVID-related guarantees.