The Dakar Rally stewards have issued a “public warning” to Mini crew Vladimir Vasilyev and Vitaly Yevtyekhov over the alleged use of “forbidden roadbook annotations” during the 2020 edition.

Organiser ASO has sought to crack down on what it considers illegal navigation aids for this year’s event, and had cameras installed in the cockpits of the leading contenders in order to monitor any regulation breaches.

The event stewards say that Vasilyev and Yevtyekhov were caught on camera using additional notes and then throwing them out of the car, and thus have fallen foul of article 22P4.3 of the Dakar regulations, which forbids crews from complementing the stage roadbook with extra material.

Vasilyev retired from the 2020 event during the third stage last week, after his X-raid-run Mini John Cooper Works Rally car caught fire.Given the crew has retired, no meaningful penalty can be assessed for this year’s edition, even though article 22P4.3 makes mention of sanctions that “may go as far as disqualification”.

The stewards’ verdict in this case suggests that further sanctions in addition the warning may be considered in case Vasilyev and Yevtyekhov enter future editions of the Dakar.

“The Stewards have been informed by the rally’s Technical Coordinator that the video camera installed in vehicle No. 317 has captured images of its crew using forbidden road-book annotations before throwing them out of the vehicle’s window one-by-one,” the stewards’ verdict read.

“This attitude is in breach of the Charter of good behaviour read during the briefing and signed by all the competitors during administrative scrutineering (and specifically articles No. 22P4.3 and 52P1b of the Supplementary Regulations of Rally Dakar 2020), which all competitors are duty bound to respect, subject to possible penalties.

“Given that the crew of car No. 317 have dropped out of competitive racing and consequently cannot be penalised, the Race Officials are nevertheless issuing a public warning to the driver and co-pilot, namely Vladimir Vasilyev and Vitaly Yevtyekhov, for the breach of articles No. 22P4.3 and 52P1b of the special regulations of the Rally Dakar 2020 and for failure to respect the Charter of good behaviour that they duly signed.

“As regards the organisers of the Dakar Rally, they reserve the right to re-open this case in the event where this crew submits a request to register for future Dakar rallies.”

Article 52P1 of the regulations refers to the code of crew behaviour, with subsection b) specifically dealing with “any incorrect, fraudulent or unsporting action and/or unethical and/or contrary to the rules”.

Vasilyev finished a career-high fifth in the Dakar Rally in 2015, claiming a stage win along the way.He won the 2014 FIA Cross-Country world title and the 2017 Africa Eco Race with Mini, and returned to the X-raid fold this year after a spell racing for Toyota Overdrive.

Meanwhile, a potential infringement by Toyota’s Nasser Al-Attiyah was investigated in the aftermath of the ninth stage, with the Qatari having risked a one-minute penalty for speeding in one of the stage’s speed-limited zones.

Toyota Gazoo Racing team boss Glyn Hall said his outfit received “an inquiry” from the stewards regarding the matter, but stressed Al-Attiyah had been adamant that he had broken no rule.

“He’s not convinced, he said he definitely wasn’t speeding coming in there,” Hall said. And I watched him at two controls [control points] already and he’s very cautious. Maybe it’s an error, they’re going to go have a look.

“But he’s convinced – he said if it is [a penalty], he said he’ll be surprised, because you don’t win the Dakar speeding for one second.”

Motorsport.com understands that the matter has now been resolved and that there is no penalty forthcoming.

Al-Attiyah is 24 seconds behind Carlos Sainz in the battle for first place in the general classification with three stages left to run. 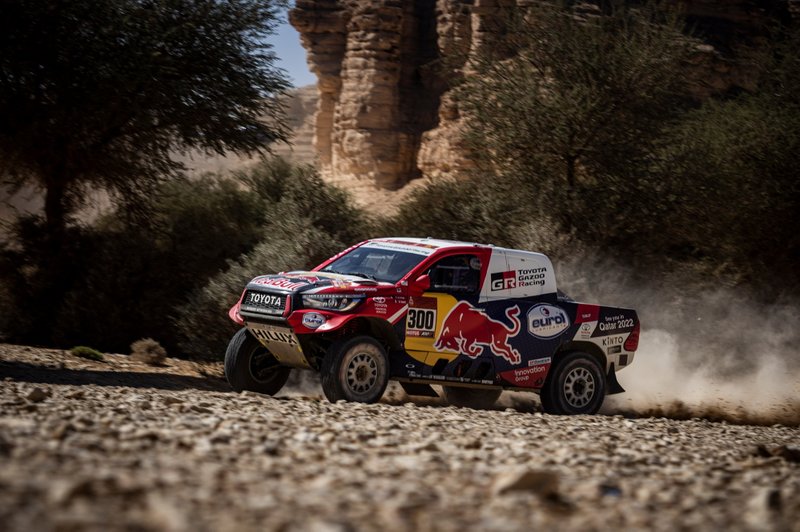