Daniel Ricciardo is showing himself this season to be among four F1 racers who are “on a different level” to the rest.

That is the view of Alan Permane, sporting director of the Renault team for whom Ricciardo has achieved two podium finishes within the last four grands prix.

The Australian was third at both the Nurburgring and Imola, creating mixed emotions for both himself and Renault because he is leaving at the end of the season to join McLaren.

A winner of seven races during his time at Red Bull, Ricciardo has established himself as the clear number one driver in his team this year ahead of Esteban Ocon.

And Permane believes the 31-year-old deserves to be put in the same bracket as Lewis Hamilton, Max Verstappen and Charles Leclerc, ahead of the likes of Valtteri Bottas, Sebastian Vettel, Sergio Perez and the rest of the field.

“I’m only speaking from what I see, [which is] the same as everyone else sees – okay, I’ve seen a little bit more of Daniel but there’s him, there’s Lewis, there’s Charles and there’s Max. I think those four are a different level,” said Permane on the Beyond the Grid podcast.

“In and out of the car, you don’t meet many who are pretty much spot-on both ways. Daniel has done a great job in building a very strong team around him in terms of engineering, his mechanics and the people in the garage.

“No disrespect to Esteban but he’s just that half a tenth, one-tenth behind, and where we are that can be a lifetime.

“He’s striving hard to close that gap and learning from Daniel where he can, and he sees what he [Ricciardo] has done with his team, and he’s doing the same, and he’s doing a great job – and if he can emulate him and have that same success, then great.” 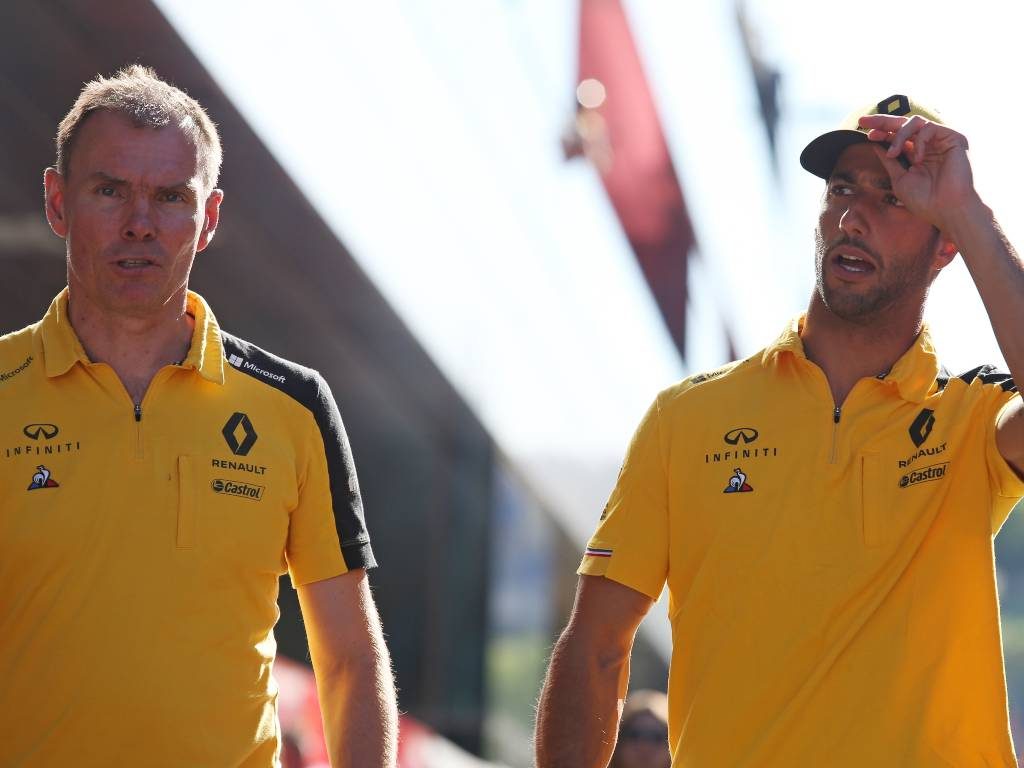 Permane also emphasised how popular Ricciardo has been within the team – and how he keeps trying to convince the Aussie that there is still time to reverse his decision to leave.

“Pre-COVID, when he would come to the factory and the whole team would be gathered in the race shop, you could tell there’s just love from everyone for him,” said Permane.

“And I tell him every week it’s not too late to change his mind. Seriously, I do!

“Of course, it’s tongue-in-cheek and I know he can’t change his mind, and he doesn’t even pretend to say he would even consider it out of respect to his new team and all that.

“But who knows, if this had been a normal season and people weren’t making their minds up about team changes before we had even really turned a wheel, who knows where we would be now?

“But we are [where we are] so we just have to deal with that, and without that we wouldn’t have Fernando Alonso coming back. So one door closes, another one opens for the team, if you like.”

END_OF_DOCUMENT_TOKEN_TO_BE_REPLACED

END_OF_DOCUMENT_TOKEN_TO_BE_REPLACED
We and our partners use cookies on this site to improve our service, perform analytics, personalize advertising, measure advertising performance, and remember website preferences.Ok