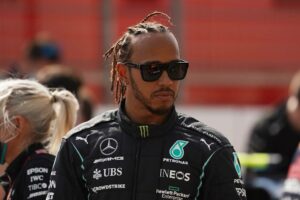 Hamilton has lost further ground on Max Verstappen in the 2021 title battle, now 32 points behind the Dutchman who has now won four of the last five races, including the last three in a row, with victory at the Austrian Grand Prix.

The Mercedes driver, who has signed a two-year contract extension with the Silver Arrows until the end of the 2023 season, has said he and his team are “miles away” from Red Bull, and Ecclestone feels the Brit cannot be considered as the absolute measuring stick in Formula 1 any more.

“No, I don’t think he is at the moment,” Ecclestone said in an interview with Bild when asked if he felt Hamilton could still be considered the ‘absolute number one’ driver in Formula 1.

“The top six drivers can beat Lewis and Max if they have the right car. The difference with a real champion is one who can cope with difficult situations. But you can’t write Lewis off by any means.

“It will be an exciting duel between him and Verstappen.”

Asked whether if Verstappen is capable of winning the title this season, he replied: “Yes, definitely.

“He is talented, fast, but also needs a bit of luck – and the better car. How decisive that can be for a driver was seen with George Russell last year in Bahrain, when he drove for Lewis and only failed to win because of a technical defect.

“Nobody would have thought that.

“In Formula 1, as a top driver you don’t just need the best car, you also always need a bit of luck.

“Lewis had that for many, many years. At the moment it’s not always on his side and Mercedes’ side – but I also have to say that Red Bull is doing a super job.”