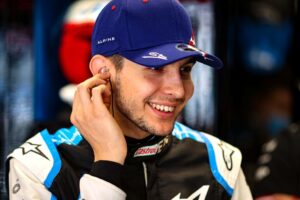 Alpine have announced Esteban Ocon has signed a new three-year deal with the team, confirming he’ll stay until the end of 2024 at the least.

The Frenchman’s current contract was due to expire at the end of 2021, and prior to the start of this season, many expected him to be replaced by Pierre Gasly given his unspectacular 2020.

However, he has been much better in his second season with the team, often getting the better of team-mate Fernando Alonso in the first six rounds.

Following those performances, Alpine CEO Laurent Rossi stated that talks had already begun regarding a contract renewal, and is has now been confirmed.

“I’m delighted to continue with the team beyond this year and it’s a fantastic feeling to secure my future with Alpine,” Ocon said.

“We’ve been progressing well together since I joined the team and I aim to continue that journey going forward.

There are great challenges ahead of us, especially with the new regulations in 2022. I’m sure we can hit our targets by working hard together and continuing the story.

I often think back to the Sakhir Grand Prix last year with the podium, and it motivates me to create more special memories like that.

I’m really looking forward to the next chapter but, for now, we’re very much focused on this season and taking each race as it comes.”

With the other Alpine driver, Alonso, turning 40 this year and all but certain to retire before Ocon’s new contract expires, the Frenchman is likely to become the team leader going forward.

CEO Rossi says that the aim is for the driver to bring success to the team in the long term.

“Despite his young age, he is very experienced in Formula 1 and he’s on a positive trajectory in both his maturity and ability behind the wheel,” he said.

“He is a strong asset for us now, and also going forward as we meet the challenge of the new regulations. We have every confidence in Esteban to help drive the team and the brand to the next level and meet its long-term objectives.

“Esteban is an asset for us beyond F1 as he is deeply involved in the Alpine global project. Thanks to his personality and values, Esteban is naturally a perfect ambassador of Alpine.

“For now, we look forward to continuing the 2021 campaign at our home Grand Prix in France and doing the best possible job at every remaining race weekend.”