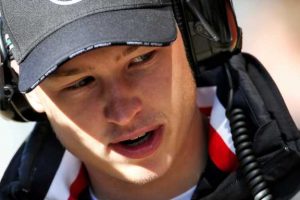 New F1 chief Stefano Domenicali will speak with the drivers about their obligation to be “role models” after Nikita Mazepin courted controversy.

Even before his first race as a Formula 1 driver, Mazepin’s place on the grid was in jeopardy due to his off-track antics.

The Russian driver was forced to apologise after a video of him groping a woman in the back of a car appeared on his Instagram feed.

His apology was subsequently deleted.

Mazepin has since continued to make headlines for all the wrong reasons after being fined and penalised for running a red light in the UK last June.

Domenicali isn’t at all happy with the Haas driver’s behaviour and says he will not only speak with him but also the rest of the grid.

“I would say that it was pretty clear what he did was not acceptable,” he told Associated Press.

“But I think that he was apologetic as a reaction to what he did and we need to make sure that in the discussions that we will have… that they understand we cannot joke about certain things – it’s not possible.

“They are too important not to understand they are role models… that is something that we are going to discuss together, not only with him, at the appropriate time.”

Domenicali will meet the drivers in Bahrain, although did not say if it will be during pre-season testing or when the season begins at the Bahrain International Circuit at the end of March.

He added: “We cannot lose the opportunity in making sure they understand they are more than drivers, they have a big responsibility because they are the face of our sport.

“They have to understand that their behaviour and their words and a lead-by-example approach is what I am expecting to share with them.

“I want to share how I believe we should work together also in using our platform and their role model to push for issues that are important for our society.”

Haas team boss Guenther Steiner has also spoken about against Mazepin’s actions but insisted the team will continue to the support the driver.