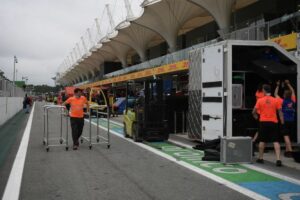 Formula 1 teams are facing a grueling Thursday night in the Sao Paulo, Brazil, paddock after the arrival of some freight for this weekend’s F1 Brazilan Grand Prix event was delayed.

Formula 1 is in the midst of a three-races-in-three weeks tripleheader across three separate continents, and its carriers encountered several delays in transporting some of the equipment from Mexico City to Sao Paulo.

The delays meant vital equipment that usually arrives promptly at the circuit earlier in the week was only unloaded into the paddock on Thursday afternoon. Governing body the FIA waived the usual overnight curfew and has pushed back the usual scrutineering deadline by 15 hours, to just three hours before Friday’s first practice session. The issues are not expected to disrupt the schedule.

“I think the guys (will) just have to work through the night,” said Haas team principal Guenther Steiner. “That’s the only thing we can do.” 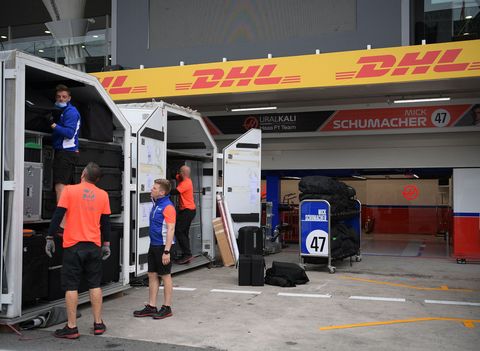 Verstappen Preparing for No. 1

If Max Verstappen does prevail in this year’s Formula 1 title fight then his fans may have to purchase some fresh merchandise.

Under Formula 1’s permanent numbering scheme, introduced in 2014, drivers get to choose their own number between 2 and 99.

Sebastian Vettel did so in 2014, the first season of the permanent numbering system, but since then Lewis Hamilton has won six of the seven world titles—and has remained faithful to his No. 44. He only ran No. 1 for a promotional shoot in Abu Dhabi practice in 2018 once the title was wrapped up. And he wasn’t a fan. 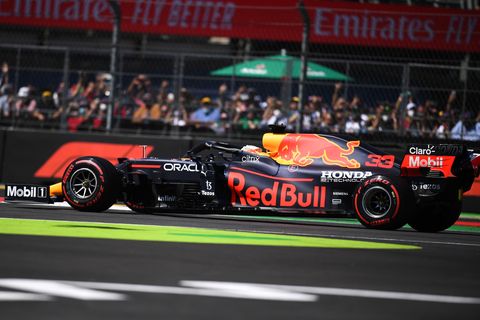 The only other champion in that period, Nico Rosberg, retired and opted not to defend his crown.

But a prestigious number’s seven-year absence could be revived if Verstappen emerges on top in 2021.

“Absolutely,” Verstappen said on whether he’d run No. 1. “How many times to you have the opportunity to drive with number one? And it’s good for merchandise as well so it’s smart to do that.”

Verstappen is in a comfortable position atop the standings but he is by no means yet out of sight for Hamilton.

Verstappen fronts Hamilton by 19 points, and has nine victories to the Briton’s five, but 107 points are up for grabs across the remaining four events of 2021. 29 of those will be available at Sao Paulo this weekend, which will be the location for the third and final appearance of the new-for-2021 Sprint format, but Verstappen is placing no focus on the points situation.

“I am just really focused,” said Verstappen. “In four races, a lot of things can happen. We are looking good but things can change very quickly.

“I’ve had a bigger lead already in the championship and that disappeared within two race weekends so we have to again try to do the best we can here and again after this weekend we will try again to try and win the race. My approach every single weekend is the same so we will not change that.”

Hamilton is now the hunter rather than the hunted and is wary of the challenge he and his Mercedes team must overcome.

“Their pace was obviously phenomenal in the last race,” he said. “They’ve had a strong car all year, they’ve had the strongest car, you can tell. I think we’ve done as good as I think we could. We are definitely going to be pushing this weekend to see if we can squeeze any more from out of the car.”