Mugen Honda driver Tomoki Nojiri scored his first Super Formula pole in two years at Autopolis, while championship leader Ryo Hirakawa consigned himself to a back-row start with a crash.

With a best time of 1m24.140s in the dying moments of the Q3 pole shootout, Nojiri led an all Honda top three ahead of Dandelion drivers Nirei Fukuzumi and Naoki Yamamoto.

All three were below the new provisional lap record set by Fukuzumi in Saturday practice.

Yamamoto had been the driver to beat in his Q1 group and in Q2, where he and TOM’S driver Ritomo Miyata set identical times of 1m24.544s at the head of the order.

Nojiri had only been sixth-fastest in that session, but saved the best for last to beat Fukuzumi by 0.015s and grab his first Super Formula pole since the 2018 Sugo round. 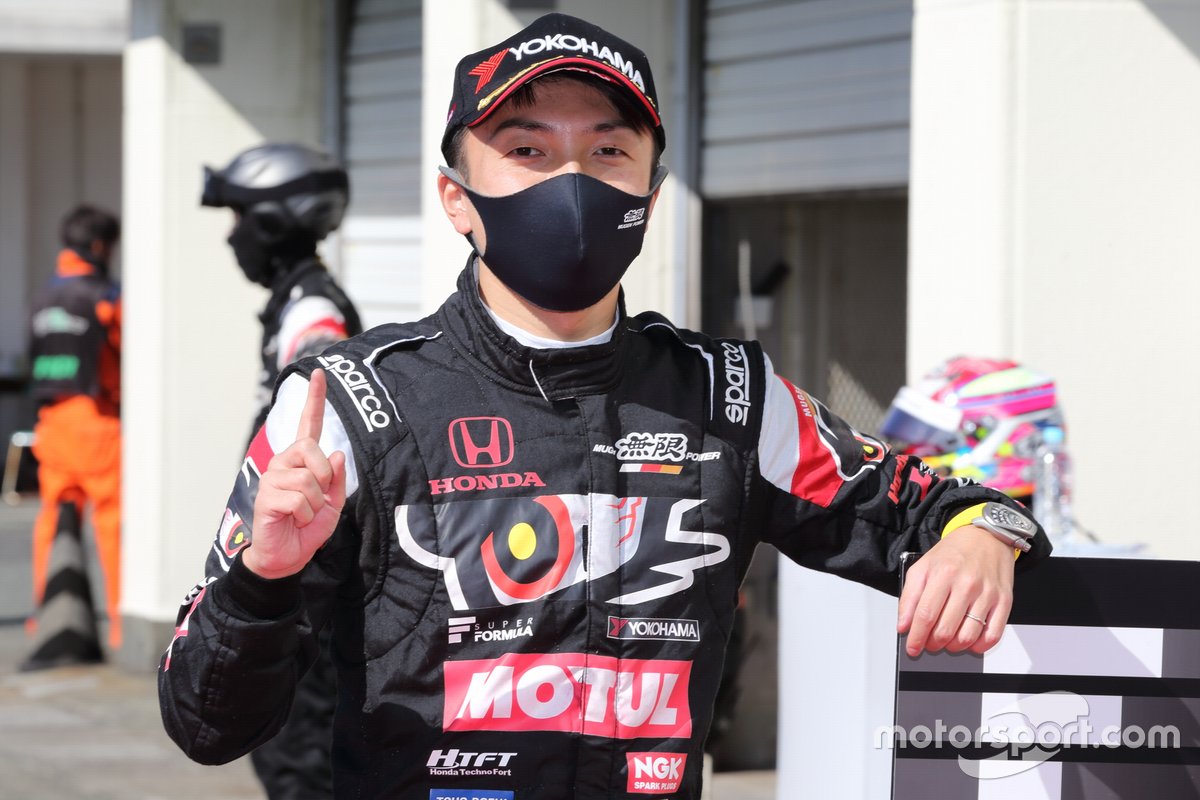 Miyata, standing in for Kazuki Nakajima this weekend could only manage seventh in Q3, one place behind series returnee Nobuharu Matsushita for B-Max Racing.

Nick Cassidy (TOM’S) had been fastest in his Q1 group and fourth-fastest in Q2, but the reigning champion was late to leave the pits and appeared to stall on his way out the box.

The resulting delay meant he narrowly missed out on being able to start what would have been his flying lap, leaving him with no time and down in eighth on the grid.

Missing out on a berth in Q3 for the first time this season was Kondo Racing rookie Sacha Fenestraz, who fell 0.050s shy of a spot in the top eight and will start ninth ahead of the Inging machine of two-time champion Hiroaki Ishiura.

Nojiri’s Mugen teammate Ukyo Sasahara, who is replacing Red Bull junior Juri Vips for the rest of the season, was slowest in Q2 and will start from 14th.

Both segments of Q1 were interrupted by crashes, with Hirakawa bringing out the red flags with less than a minute to go in Group B after he lost control of his Team Impul machine at Turn 16 and ploughed into the barriers.

It means the points leader will start from 19th place, ahead of Kamui Kobayashi’s KCMG stand-in Yuichi Nakayama, who suffered a similar incident in Group A.

Hirakawa’s Impul teammate Yuhi Sekiguchi didn’t fare much better as he was knocked out in Q1, and will line up 16th ahead of series debutant Charles Milesi (B-Max) and the returning Tatiana Calderon (Drago Corse).