The Australian Grand Prix has been caught up in a bitter pay dispute between Yarra Trams and the Rail, Tram and Bus Union.

The RTBU has confirmed that more than 1500 staff are set to strike during the four days of the AGP, with plans to halt services between 10am and 2pm on the Thursday and Friday, and 12pm and 4pm on the Saturday and Sunday.

Trams are crucial to servicing the Albert Park venue during race weekend, with special shuttle services operating between the Melbourne CBD and various circuit gates.

According to local reports the strike action has been sparked by a pay dispute, with the union calling for a five per cent annual increase for the next three years.

The RTBU also claims Yarra Trams is trying to scrap a four per cent limit on part-time workers, which would affect overtime and penalty rates.

Despite the threats to strike on AGP weekend, Australian Grand Prix Corporation CEO Andrew Westacott is confident the matter will be resolved before then.

He says the AGPC has a deal in place with Victoria’s Department of Transport to provide a shuttle service via Yarra Trams – and his expectation is that both of those parties will work with the RTBU to resolve the issue within the next four weeks.

“I think, 30 days out, to hear that the tramways union is talking about interruption is an appropriate negotiation tactic,” Westacott said.

“We have so many supply agreements with probably 600 suppliers across the event, and the history across 24 years is that there’s no disruption to the Grand Prix.

“I don’t expect to see any disruption for fans when coming along to the Grand Prix.

“Our system relies on a shuttle from the city. It relies on people being able to come from all parts of Melbourne on trams, trains, pushbikes, walking and buses.

“It’s a very, very integrated system, and I expect that the parties are going to work on a solution. We have that expectation from Yarra Trams and the Department of Transport.

“I’ve spoken to those suppliers of ours in the last couple of days, and I would have an expectation that this gets resolved, in an appropriate manner, across the next 28 days.”

Westacott conceded that the strike going ahead would be embarrassing for both the event and the city.

“If they’re not able to deliver to the world-class standards that we set ourselves at the Australian Grand Prix Corporation, then it’s a blight on what we have as an events ecosystem, as the major events capital of the world,” he added.

“It’s important, and hats off to the unions to be able to say to Yarra Trams and the Department of Transport that we need to resolve this.

“Our expectation, from the Australian Grand Prix Corporation, is that the parties we rely on to deliver services will work out and deliver these services in the same fantastic manner that they have for 24 years.”

“I think it would be naive to suggest that something of this magnitude, globally and regionally in Australia’s position in the Asian market, is not likely to have an impact,” he said.

“But at the moment sales are ahead of last year when it comes to corporate, grandstand and general admission tickets. I’m really confident the Melburnians will come out in force and see a great race on the 15th of March.” 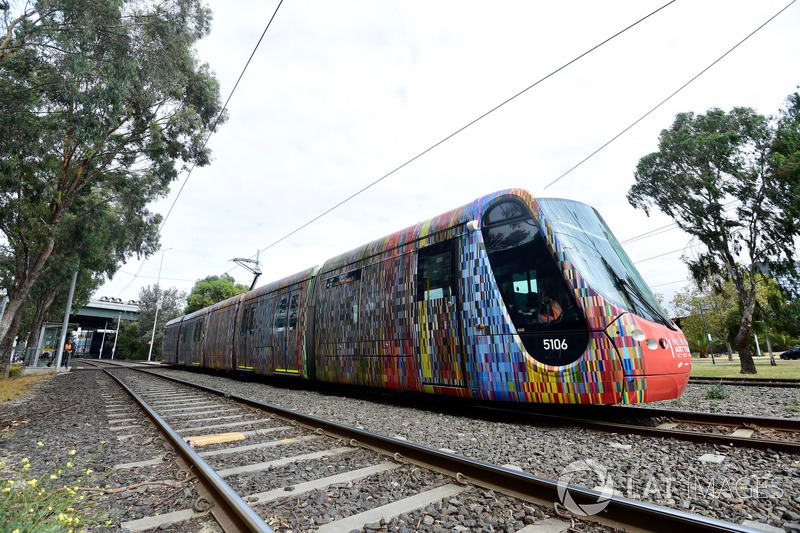