Racing Point has revealed its new Formula 1 car for the first time, as pre-season testing got underway at Barcelona in Spain.

The Silverstone-based team held a livery launch in Austria earlier this week, but waited until official track action began on Wednesday to show off its 2020 challenger.

The RP20 is the result of the extra investment that Racing Point has had since the takeover of the team by a consortium led by Lawrence Stroll in 2018.

The car features numerous similarities to last year’s Mercedes, including the front wing, nose and sidepods.

After a sometimes difficult 2019 campaign, the team has high ambitions for the campaign ahead as it retains drivers Lance Stroll and Sergio Perez.

Team principal Otmar Szafnauer hoped that the work the team had done on the car would help it fight to be best of the rest behind the top three teams.

“This year we want to be a strong fourth,” he said earlier this week. “We want to be closer to the top three that we’ve ever been in the past, and we want to be top of the midfield.

“Last year was a bit of a difficult year for us, we ended up seventh, on the back end of the midfield grid, but this year we want to take a step up and be where we normally can be.

“In order to do that, we’ve had to do a lot of development work over the winter. It’s not that easy, the competition is getting stronger.” 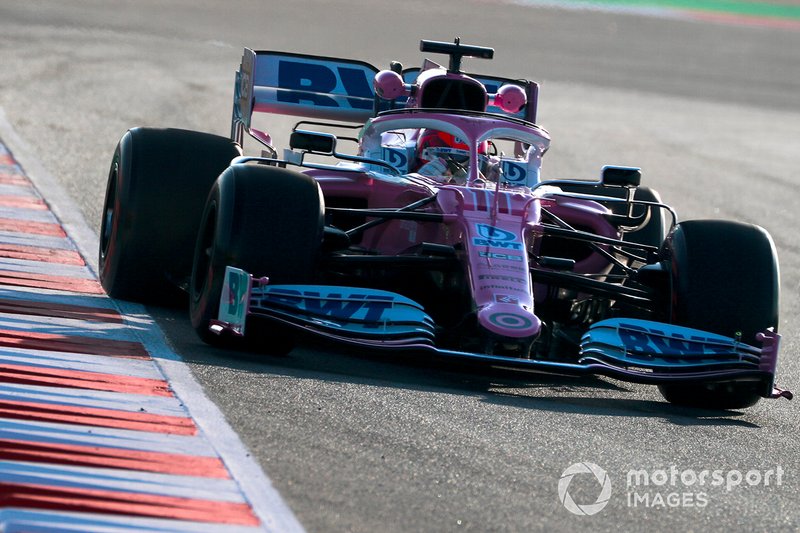