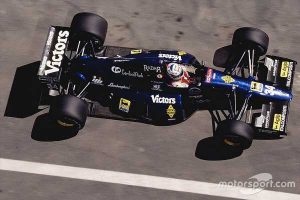 Six of the 18 teams that appeared in the 1991 Formula 1 season failed to score a point, whether through lack of funds to build and test new parts, under-par engines or management musical chairs. Here are their little-known stories…

A mammoth 18 teams appeared on the 1991 Formula 1 entry list, back in an era when it was much cheaper to own and operate a grand prix team. Of course, the caveat was that the lesser teams had to undergo the Friday morning hurdle of pre-qualifying, and had to attempt to set a time on a cold, dirty circuit to get into qualifying proper. Even then, with 30 drivers contesting the session, there was no guarantee of making it among the 26 drivers to start the race.

Although the large differences between teams were often offset by the greater attrition of the time, there were still six teams who failed to trouble the scorers. In their honour, we’ve profiled the unlucky, pointless six.