Super Formula championship leader Ryo Hirakawa believes a slow pitstop cost him the chance of winning from 19th on the grid at Autopolis.

Hirakawa, who had started two of the previous three races from pole, was forced to battle his way through the field from the back row of the grid after he lost control of his Team Impul machine and crashed exiting Turn 16 during the first segment of qualifying.

A strong start to the race had allowed Hirakawa to climb as high as 10th by the time of the second safety car period, caused by Sho Tsuboi stopping on-track with a puncture.

But when he came into the pits, he was left to wait for half a minute before he was sent back on his way by his pit crew, and dropped back to the rear of the field. Clawing back some ground in the second stint, he eventually finished out of the points in 12th.

Reflecting on his qualifying crash, Hirakawa told Motorsport.com: “I just over-pushed, it was my mistake. At this track if you make a mistake, you spin or crash.

“But the car was quite fast. [On Saturday], at the start I was struggling a lot but we improved a lot through the sessions. So it was sad to finish qualifying like that.”

On the start of the race, he added: “It was a mega first lap. I felt like Kimi Raikkonen at Portimao [on the first lap of the Portuguese Grand Prix]! I want to watch my on-board again, I think it was my best first lap ever. It was quite enjoyable.

“After Tsuboi stopped [causing the safety car], the team called me into the box, same lap as Nojiri [lap 12]. So I boxed, but there was a miscommunication, and the team hadn’t prepared the tyres. I was stuck there for 30 seconds.”

Asked what could have been possible without the slow stop, Hirakawa replied: “At least P2. I could have a chance for P1, I guess. Nojiri was just in front.

“It was sad. After crashing, victory was just there [in front of us], and then we lost it.”

A first non-score of the season leaves Hirakawa with a reduced lead at the head of the drivers’ standings of 11 points over TOM’S driver Nick Cassidy, who was seventh.

Looking ahead to the final part of the season, which comprises a double-header at Suzuka and then a deciding race at Fuji Speedway, Hirakawa expressed concern with the pace of the Honda-powered cars, which locked out the podium at Autopolis.

“It was especially tough to pass Honda cars,” said Hirakawa. “I needed a very good exit to pass the Honda drivers, otherwise there was no chance to pass. I guess there is some difference with the engine between Honda and Toyota.

“Honda is benefitting from the [cooler] temperatures, and especially they are so strong at Suzuka. We have two races there, so it will be difficult. I need to push as much as possible and do my maximum, really ‘send it’ like I did in today’s race.” 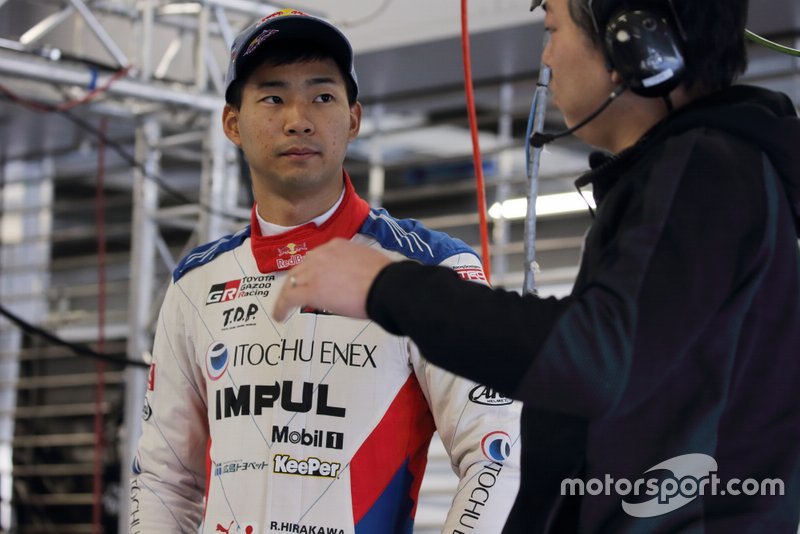