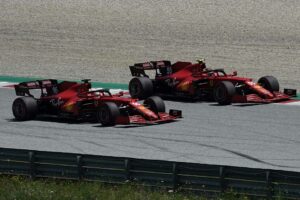 Carlos Sainz admitted that getting his Ferrari ahead of McLaren’s Lando Norris in the Austrian Grand Prix will be “almost impossible” on Sunday.

Having looked fast in free practice, both Ferrari cars were knocked out in Q2, with Sainz P11 and team-mate Charles Leclerc ended up P12 in qualifying.

As McLaren are Ferrari’s main rivals in the Constructors’ Championship, seeing Norris put his McLaren on the front row alongside Max Verstappen will have been a disappointing development for the Scuderia.

They will take heart from the fact both cars were able to climb up the field at last weekend’s race at the Red Bull Ring, and Sainz hopes they will be able to repeat that feat again.

“There is the race pace, that is for sure,” Sainz told Sky Italia. “Now we want to see how tomorrow we can finish ahead of all the ones that start with the soft [tyre].

“Ending ahead of Norris, Norris with the medium [tyre], will be almost impossible. But we have [George] Russell [ahead] too with a medium [tyre].”

While Russell was able to get himself into Q3 by just six thousandths of a second, it was at the expense of both Sainz and Leclerc – and the Spaniard admitted the pace of the Williams was a big surprise when he was asked about it.

“Yes, for sure,” he said. “The Mercedes engine here pushes, it’s not like that Williams doesn’t go fast. Williams this year on the straights go really fast and we knew that as Russell also beat me last week.

“I think that [beating the soft tyre starters] would be the goal, and try to overtake Russell too. Finishing, let’s hope behind Lando with both the two cars [so that] we gain points again.

“Tomorrow many things can still happen, the temperature of the track will be much lower tomorrow, we’ll see.

“So we must have all these considerations that they are six thousandths of details.” 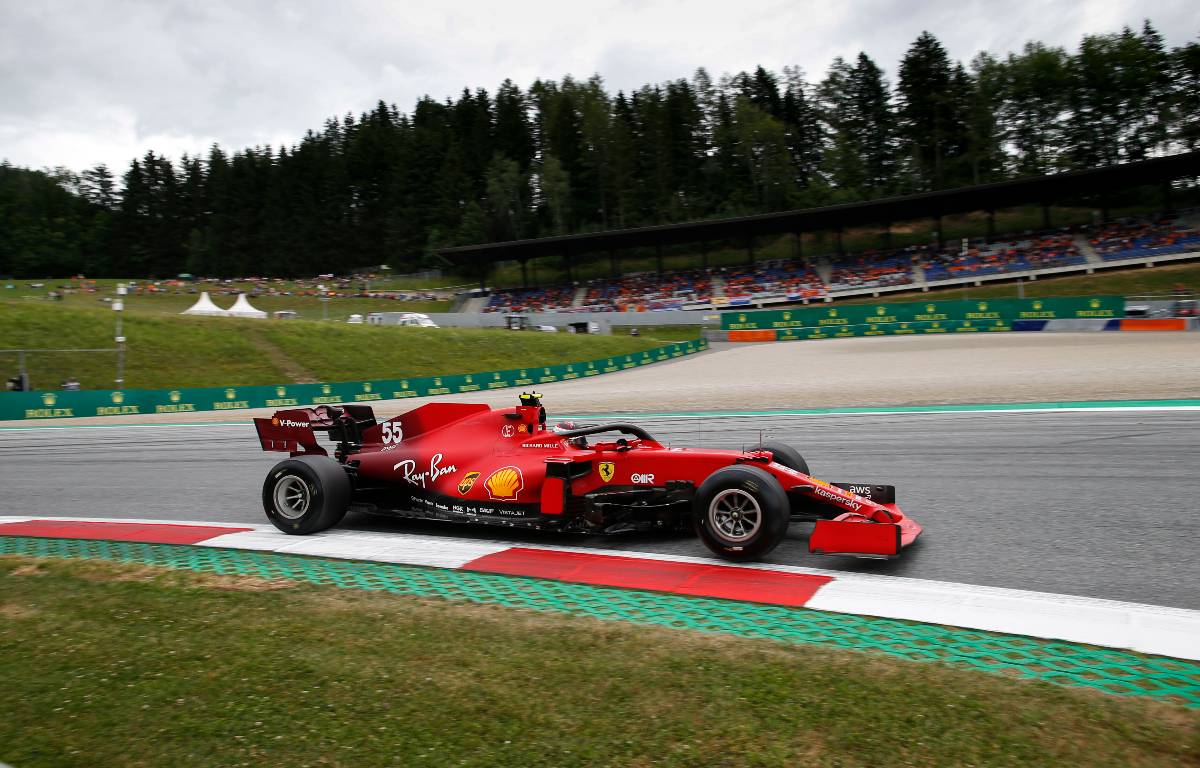 As for Leclerc, he felt less sure about Ferrari’s qualifying credentials from the outset, with extremely fine margins between the teams around the Red Bull Ring.

“Yes and no,” Leclerc told Sky Italia when asked if his Q2 elimination was expected. “Yes we expected more or less to exit in Q2, I have to say that exiting behind a Williams, they also qualified with the mediums, that is a bit less expected.

“But yes, apart from that, we expected to be out of Q3 today. [Trying to get through on mediums] was the strategy from the beginning.”