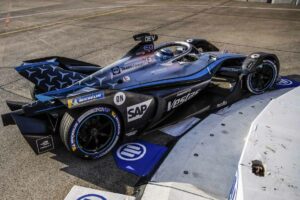 Alejandro Agag, the founder of Formula E, has been left confused by Mercedes’ upcoming exit from the series.

Mercedes go into the 2021-22 Formula E campaign as the defending champions, after Nyck de Vries claimed the Drivers’ title, while the Teams’ Championship also went the way of Mercedes.

This though will be the team’s final season in Formula E before they follow Audi and BMW out of the door, who called it quits at the end of last season.

But with Mercedes pushing on with the electrification of their road cars, Agag can not understand why they no longer want to be involved with an all-electric racing category.

“I cannot understand their decision,” he is quoted by GPFans as having told Motorsport TV.

“It just amazes me. They’re selling more and more electric cars. In 2030 they’re going to stop selling combustion engine cars in the UK.”

Agag’s theory is that Mercedes want a “last dance” racing with combustion engines, predicting that in the future Mercedes will then return to electric racing.

“To go back to racing with a combustion engine… maybe they want something of a ‘last dance’,” he suggested.

“They want to enjoy the last few years of burning fuel and then maybe in 2030 they will go back to electric racing. Probably earlier.

“I can’t understand the decision, but it’s not a problem.”

The exit of a third major manufacturer looms, which in theory raises questions over the health of Formula E moving forward.

However, Agag is not concerned, saying that the series will be supported by the strong indepedent teams, while revealing that new manufacturers are on their way.

“We will have new manufacturers on board very soon,” said Agag.