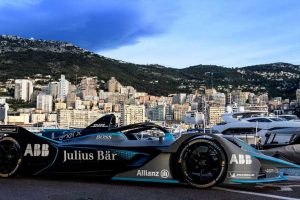 Look, we all know it: Monaco is a really cool track, in a genuinely beautiful place, that’s rich with racing heritage. The track is to F1 like IMS is to IndyCar, inherently tied to its identity, and that’s why the series can’t leave it alone even though the Grand Prix has long outgrown the track. F1 cars are so long and wide they can barely snake ’round the streets and even with a total hybrid system failure, Daniel Ricciardo was able to hold the lead, lap after lap, just because no one could overtake him in 2018. Formula One, although hard-coded into the Monte Carlo streets, just doesn’t fit on them anymore. Enter Formula E, now running the actual Grand Prix track.

Monaco’s full Grand Prix layout is only just over two miles long and although it features some serious elevation changes (the principality being, essentially, carved out of a cliff) that’s not actually a problem for Formula E. When the series raced in Bern, Switzerland in 2019, the circuit featured a vertigo-inducing downhill straight, which is basically perfect for Formula E cars because they can let gravity do most of the work, with cars weighing in at a chunky 1,990 pounds, then profit off braking at the bottom to regenerate even more energy. 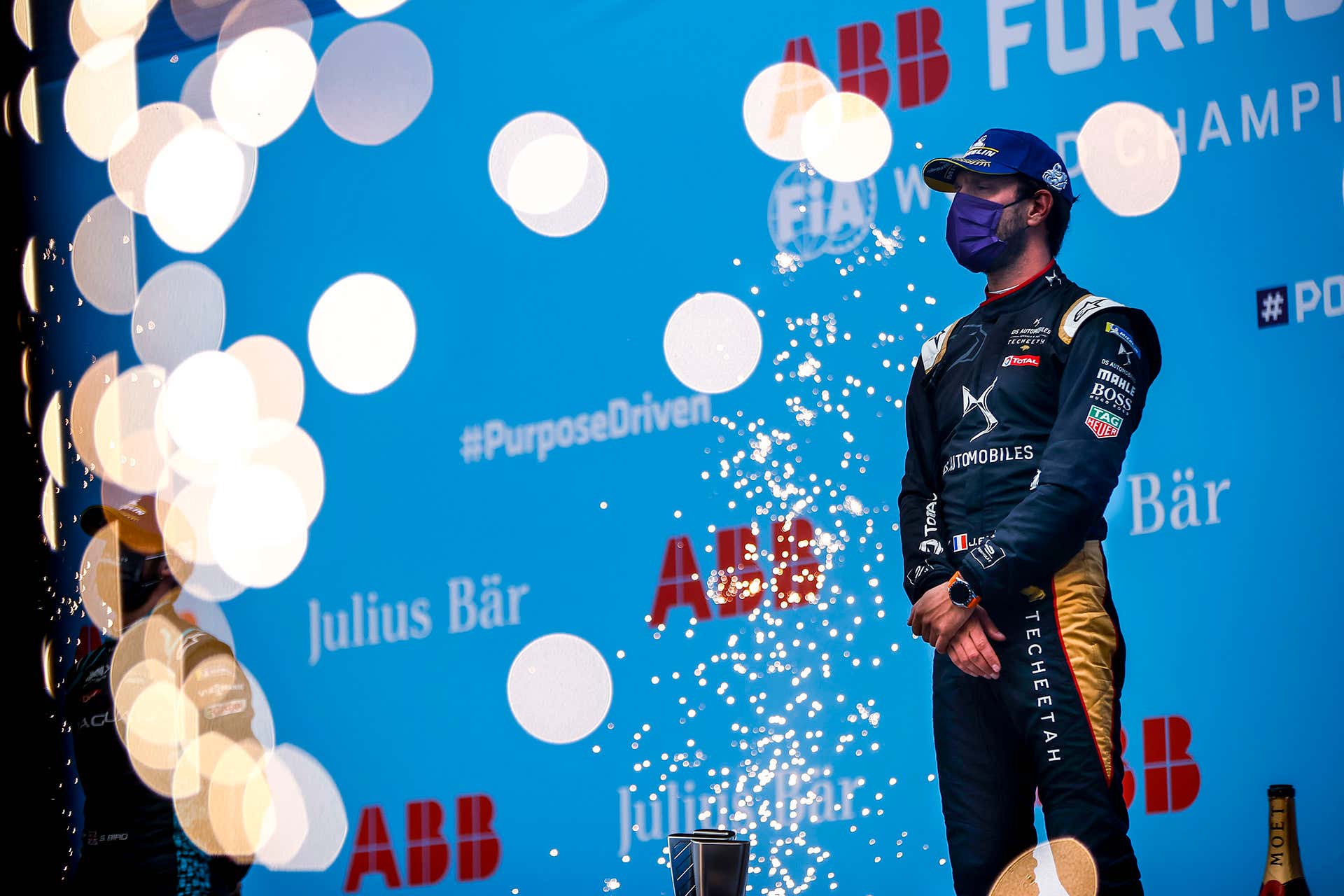 Jean-Eric Vergne after his win this year in Rome

When FE first raced in Monaco back in 2015, a shortened track was a good idea. The cars in FE’s first season were, how you say, chronically underpowered and although the racing was always a fierce battle, their lap times compared to F1’s around the full layout would have looked almost as bad as when they inevitably ran out of battery.

So an abbreviated layout was invented, using only the lower part of the circuit and with a simplified lap. It always felt a bit kiddie-training-wheels, in the way that FE’s street circuits aren’t intended to be. Formula E, after all, is not trying to be F1 when it grows up; the use of city tracks is a conscious decision to differentiate it from other series, not something it’s planning to bin off when it gets a bit faster.

Monaco being the most iconic street circuit of them all, when it comes to European racing, made the lack of the full layout rub drivers’ egos the wrong way. Two-time Formula E champion Jean-Eric Vergne won here last time out, in Season 5 (2019) and memorably, in the post-race press conference, demanded that Formula E move to use the full track layout.

On Friday he told me he hadn’t actually believed the series would agree to do it.

“Well, I’m very happy to be to be here on the full track,” Vergne explained. “It’s an amazing track and I didn’t see myself driving it again after Formula One. So, you know, it’s good. I like the big track. I’ve been driving here a few times in F1 and it’s a great layout.”

Aside from the fact everyone in the paddock (myself very much guilty here) keeps referring to it as “the big track” as though it is, absolutely, taking the training wheels off, there’s going to be something extremely cool about seeing Formula E cars bang around the full circuit. Now, they’re made for it.

Unlike F1 cars that want to gulp in vast, turbocharged lungfuls of air every second, Formula E cars love an enclosed, twisty track. For Formula One, Monaco’s streets present a treacherous, bumpy surface, whereas in Formula E this is perfectly clean, smooth racing tarmac the cars usually don’t see. F1 cars struggle to take the hairpin in single file, while Formula E—the small, scrappy cousin—screeches ’round it four wide.

Brazilian driver for Dragon Penske Sergio Sette Camara, the youngest on the FE grid, said that it presented a completely unique opportunity in Formula E—to drive a circuit that he had prior experience of, to compare the experience.

“I’m excited, of course—it’s the same track I’ve driven in F2, with some minor modifications but basically the same track and it’s the first time ever I’ve come to an FE race at a track I’ve raced before in another series. Maybe the only time, also because I can’t think of another track FE would share with another series,” Camara explained to The Drive.

“So it’s definitely special—and also, Monaco’s a special place, my biggest hero has had a lot of success here and since I was very young, we hear a lot of stories about it,” he said, referencing Ayrton Senna’s six wins here.

Using the full track means that Formula E cars get to scream through the tunnel (and if they’ve got the throttle down or are lifting for regen, it will be screaming with that concrete echo) without worrying about any of their aerodynamic features being limited by the sudden enclosure. FE’s Gen2 car looks cool as heck but has all the downforce of a touring car (and maybe not even that much) so there are no air effects to lose.

It’s been a long time, Formula 2’s usually dramatic races aside, since there was serious wheel-to-wheel action in single-seaters around the full track. And that’s a disservice to a place that loves motorsport so much and to which European racing is so umbilically tied—Formula E gets the chance, this weekend, to bring that back.