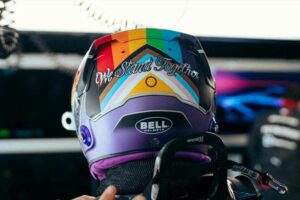 Formula One isn’t the kind of sport to get into if you’re too worried about ethics, with its extremely expensive cars driving in fancy circles, sponsored by petrochemical dollars. But somehow, a lot of its billion-or-so fans—and its own drivers—reportedly want to hold the series accountable—especially as it heads onto the last few controversial races of 2021 in the Middle East. What’s one sure-fire way to make your opinion heard? A nice, bright helmet design. That’s exactly what Mercedes’ Lewis Hamilton’s done.

This weekend’s Grand Prix is at Losail International Circuit in Qatar, followed in two weeks by a new street race in Jeddah, Saudi Arabia. Groups including Amnesty International have previously warned F1 against racing in both places due to ongoing human rights issues there—and we’ve covered this in-depth before.

“One person can only make a certain amount of small difference but together, collectively, we can have a bigger impact,” Hamilton said in a press conference yesterday. “So, do I wish that more sportsmen and women spoke out on these issues? Yes.”

“The fact is that its education,” Hamilton continued. “It takes time to go out and learn more about a region that’s foreign to us. We’re not from these areas, it’s incredibly complex on the ground in these places with religion. There’s so many complexities that it’s difficult to even understand them all. I think what’s important is that we still try to bring awareness to some of these problems. And whilst there are some changes that have been made over time, it’s never enough. More needs to be done.”

Hamilton said that “as a sport we’ve been to (and I’ve been to), a lot of these countries have been ignorant, been unconscious of some of the problems.” That’s why he’s redesigned his helmet for the Qatar Grand Prix to display the inclusive pride flag, in a place where same-sex relationships are banned and can lead to imprisonment, and where LGBTQ+ rights are nonexistent. 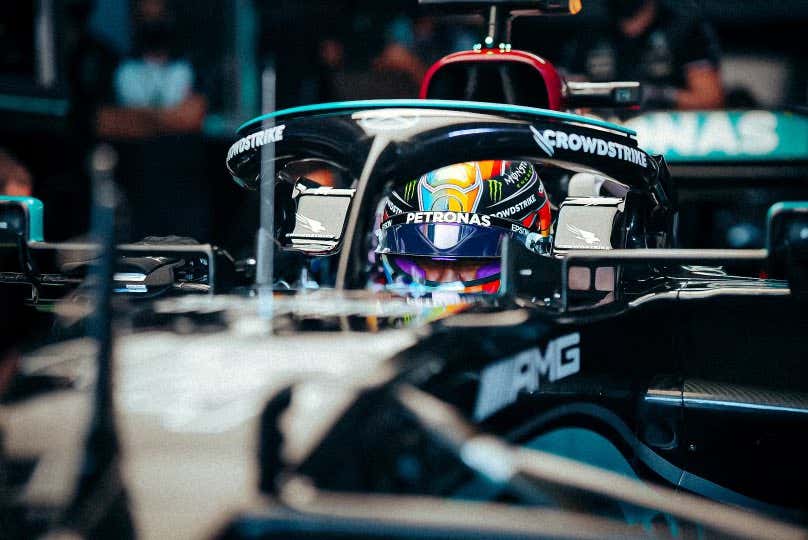 It’s not just about Qatar. It’s about a sport where casual homophobia has been pretty rife. Where Lando Norris—singled out, presumably, for being small, pretty, and not especially posturing in the way he approaches masculinity—gets asked creepy questions about girls in the middle of press sessions. Regardless of Norris’ own sexuality (which he’s never stated), the angle of the question is, without a doubt, homophobic. As if saying, “when are you going to do the things that will make us credit you with being a real man?”

Sexuality has been historically loud in F1. From the use of grid girls to titillating anyone unable to enjoy fast cars unless there were models paid to hold signs next to them, to cringe-worthy nonsense like this old ITV intro from 2007. 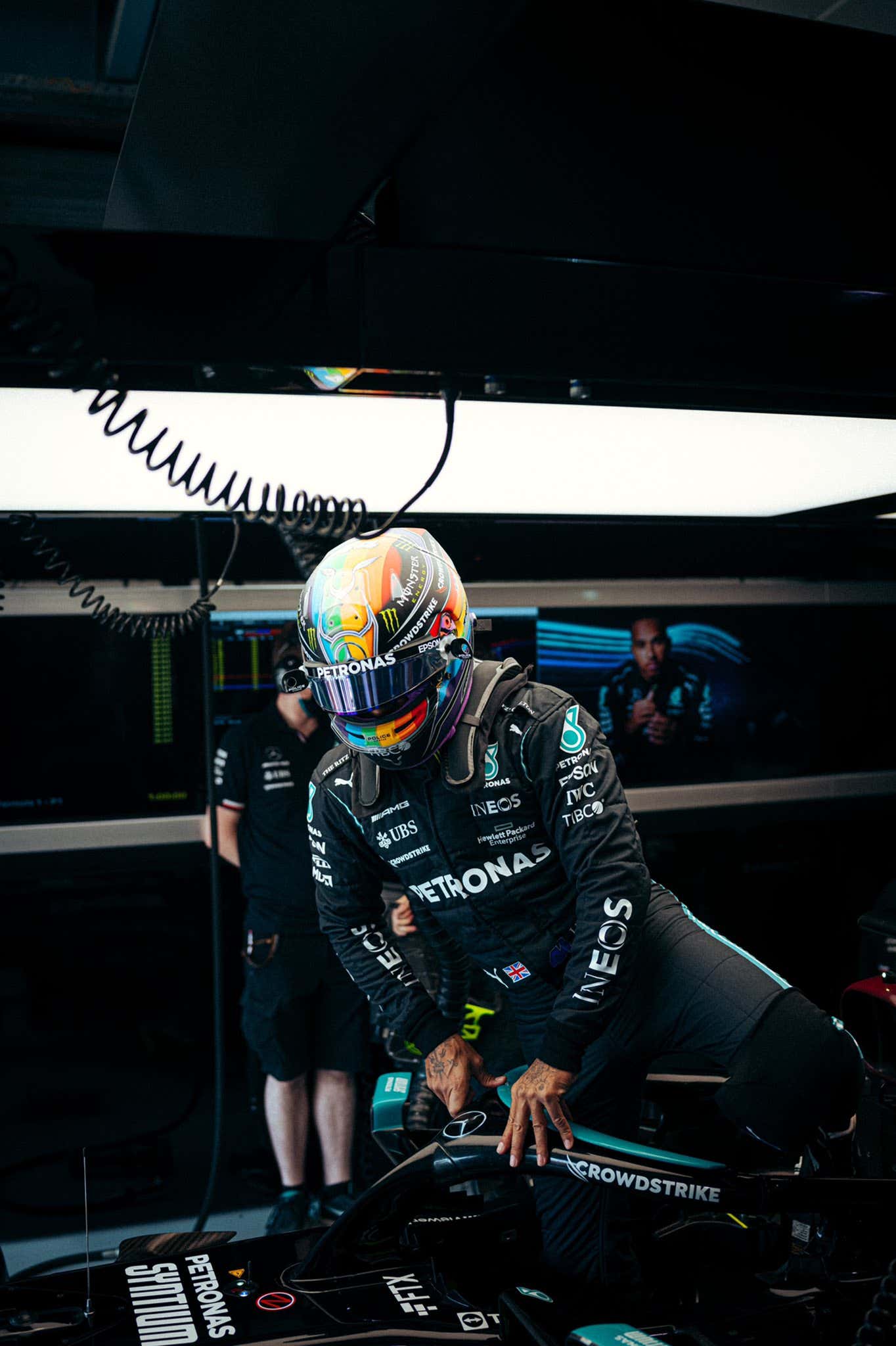 But it’s only been one sexuality that matters in F1: a straight man’s. Would most people in F1 care about going to homophobic countries? I’d like to think it a few people who are LGBTQ+ themselves, like the incomparably wonderful Matt Bishop from Aston Martin. But realistically, these are issues that have been consistently dismissed over the sport’s history. As it slowly wakes up to them with things like the We Race As One gesture (which is, well, just that, a gesture) and with a growing audience that expects F1 to be better.

As an LGBTQ+ person who works in motorsport, it means a huge amount to see someone as decorated as Hamilton representing people who’ve not always been able to represent themselves within the sport.

Got a story tip? Mail it to [email protected]