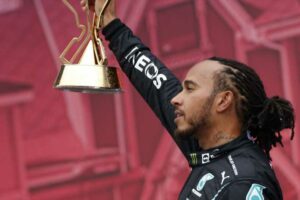 Here’s a Formula One fact for you: you can respect Lewis Hamilton as one of the greatest drivers of all time or you can be wrong. People hate being wrong, which explains why they get so wound up by living in an era where we’re watching greatness play out. But having equaled Michael Schumacher’s seven world championships, Hamilton has now become the only F1 driver ever to reach 100 Grand Prix victories.

Not every era of F1 has proper titans. That doesn’t make them bad, it’s just that generational talents tend to come along, well, generationally. There are some truly great drivers in the current F1 field—Fernando Alonso, Sebastian Vettel—as well as newer talent like Max Verstappen and Charles Leclerc but none of them will (or at least, not yet) stand in the record books as big as Hamilton does. Winning the Russian Grand Prix only reinforces how much Hamilton stands in a league entirely his own, achievement-wise. The question, until he retires, won’t be “Are you good enough to win an F1 title?” It’ll be, “Are you, maybe, the person good enough to beat Hamilton?” 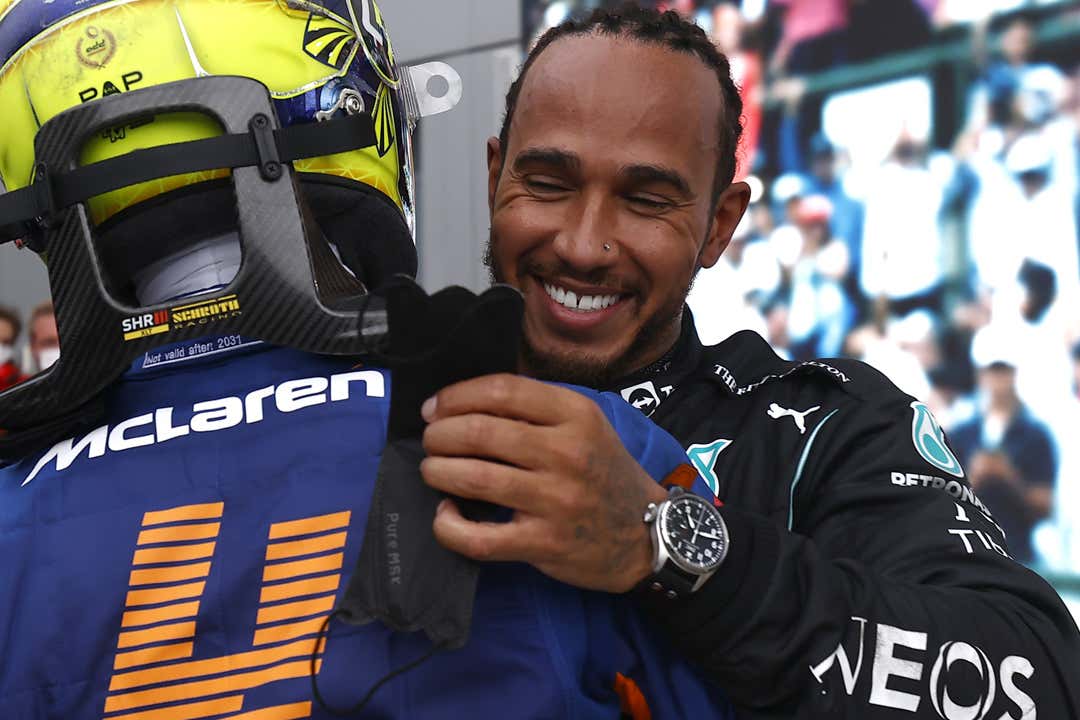 There’s a lot of people who are determined to drag Lewis Hamilton. People have long argued that he’s too distracted from the sport, even as he took title after title. Anything Hamilton does will be used in an attempt to discredit him; taking young, Black designers to the Met Gala was, variously, proof he’d been faking it hurting quite a lot when an F1 car nearly landed on his head.

You can’t post about Lewis Hamilton’s achievements without someone trying to “well actually” them with other drivers’ stats. Listen, man: you don’t have to like him—although honestly, you should—but it’s time to stop arguing with the numbers before you make a bigger fool of yourself, if that’s your first urge.

Hamilton, undeniably, has had good cars. Unlike most young drivers, he entered F1 in a championship-contending McLaren. There’s no driver in the history of F1 who’s won races in a real lemon because that’s not the measure of either how you compete in a highly technological sport or a good driver. A good driver can get the most out of whatever they’re driving, a great driver can do that consistently and with only very occasional errors.

2021’s been a strange year where Hamilton’s made more of those than usual. He’s typically unimpeachable but he had an odd weekend at the Russian Grand Prix, up until the race, including bumping a wall on his way into the pits during qualifying. It’d be easy to assume, locked in a title battle with someone 13 years younger than him and still suffering the effects of COVID-19 that saw him nearly pass out on the Hungarian Grand Prix podium, that Hamilton isn’t finding it as easy as he maybe did six years ago.

If that’s true, it’s left him undeterred. Speaking after the race, Hamilton told podium interviewer and fellow British world champion Damon Hill, “It’s taken a long time, obviously, to get to 100, I wasn’t even sure whether or not it would come.”

It’s his fifth victory this year, in a season where he seems to have lost the clear upper hand, joining the 176 podiums, 57 fastest laps, 101 pole positions, seven world titles and now 100 Grand Prix wins that no one can take away from him.