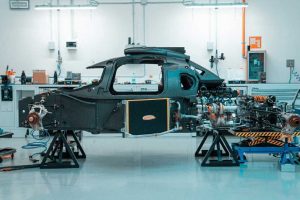 Since revealing details of its flat-plane crank twin-turbo V8 last summer, Scuderia Cameron Glickenhaus has been busy turning its Le Mans hypercar into a reality. The SCG 007 will join the upcoming LMH class battle, where it’ll sport a red livery as the sole American team against reigning champion Toyota and its 671-horsepower GR010 Hybrid. Previous teaser shots of the SCG’s bespoke engine have tided us over for a few months, but now it’s time to hear it fire.

Produced by French engine specialist Pipo Moteurs, the 3.5-liter twin-turbo features a machined V8 block using a pair of heads derived from World Rally Championship power plants. Previously, SCG told us that this is a short-stroke, low-revving engine tuned for durability, set to produce a very flat torque curve. The team will also use a “new artificial intelligence throttle” which keep the turbos spooled up regardless of how much the driver is on the throttle. 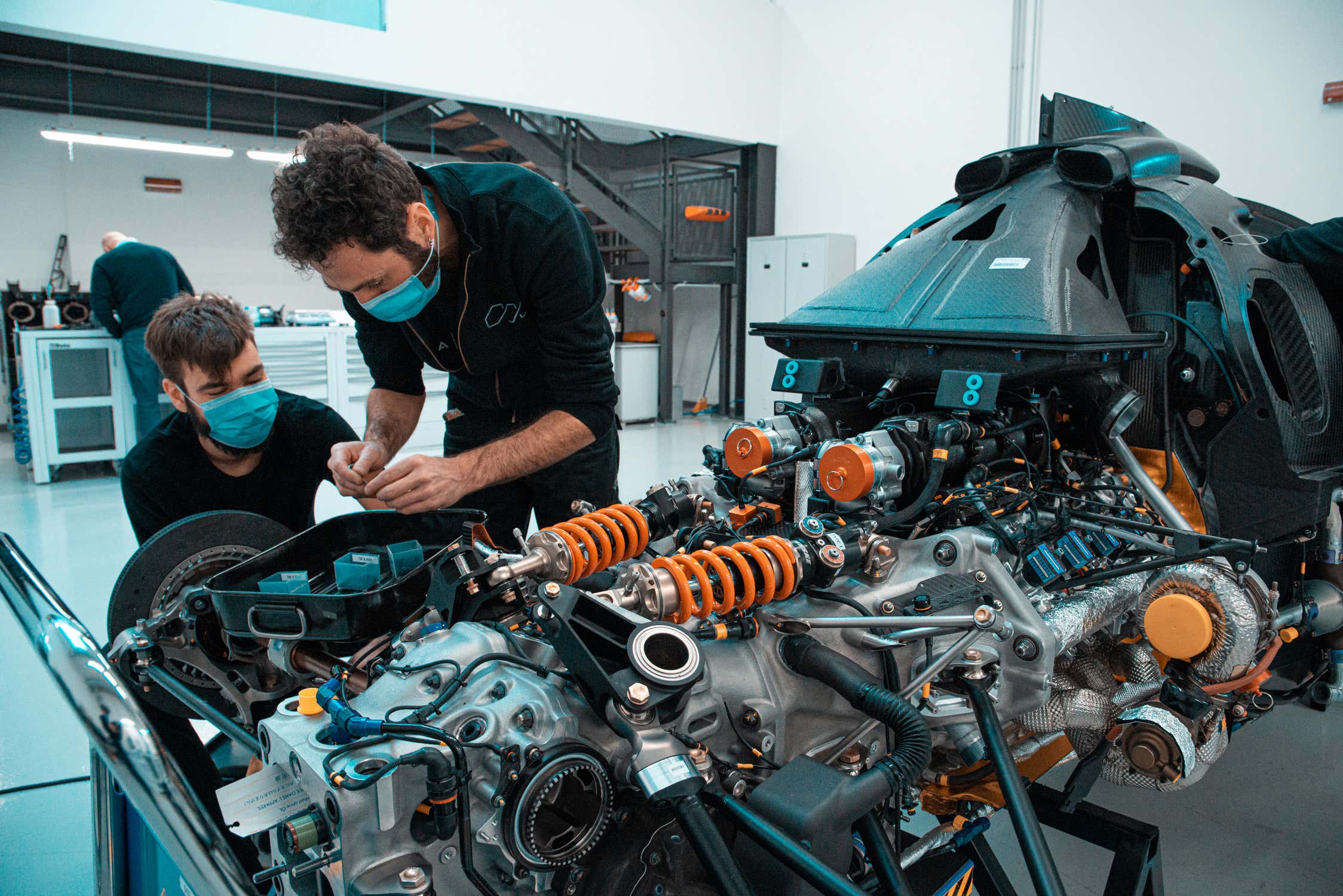 Scuderia Cameron Glickenhaus will enter the World Endurance Championship with two 007 LMH cars numbered 708 and 709. The American team now enjoys the support of former Porsche partner and 15-time Le Mans winner Joest Racing, who signed a technical partnership with Podium Racing, the crew which has already been engineering and running SCG’s Nürburgring campaign.

Now, hear the flat-plane crank V8 come to life for the first time in Italy, just a few weeks before the prototype’s initial shakedown at Autodromo Vallelunga near Rome:

While Podium Racing is busy building its first 007 LMH to “aerospace redundancy levels,” Scuderia Cameron Glickenhaus has also announced the drivers we’ll see in its pair of cars.

Next to long-time SCG driver Richard Westbrook from England, the 007s will be piloted by multiple Le Mans and endurance champion Romain Dumas, along with his French countrymen Franck Mailleux and Olivier Pla. From Brazil comes Pipo Derani, while from IMSA DPi, Ryan Briscoe will land in the No. 709 car, with Rebellion Racing driver Gustavo Menezes taking a seat in No. 708. 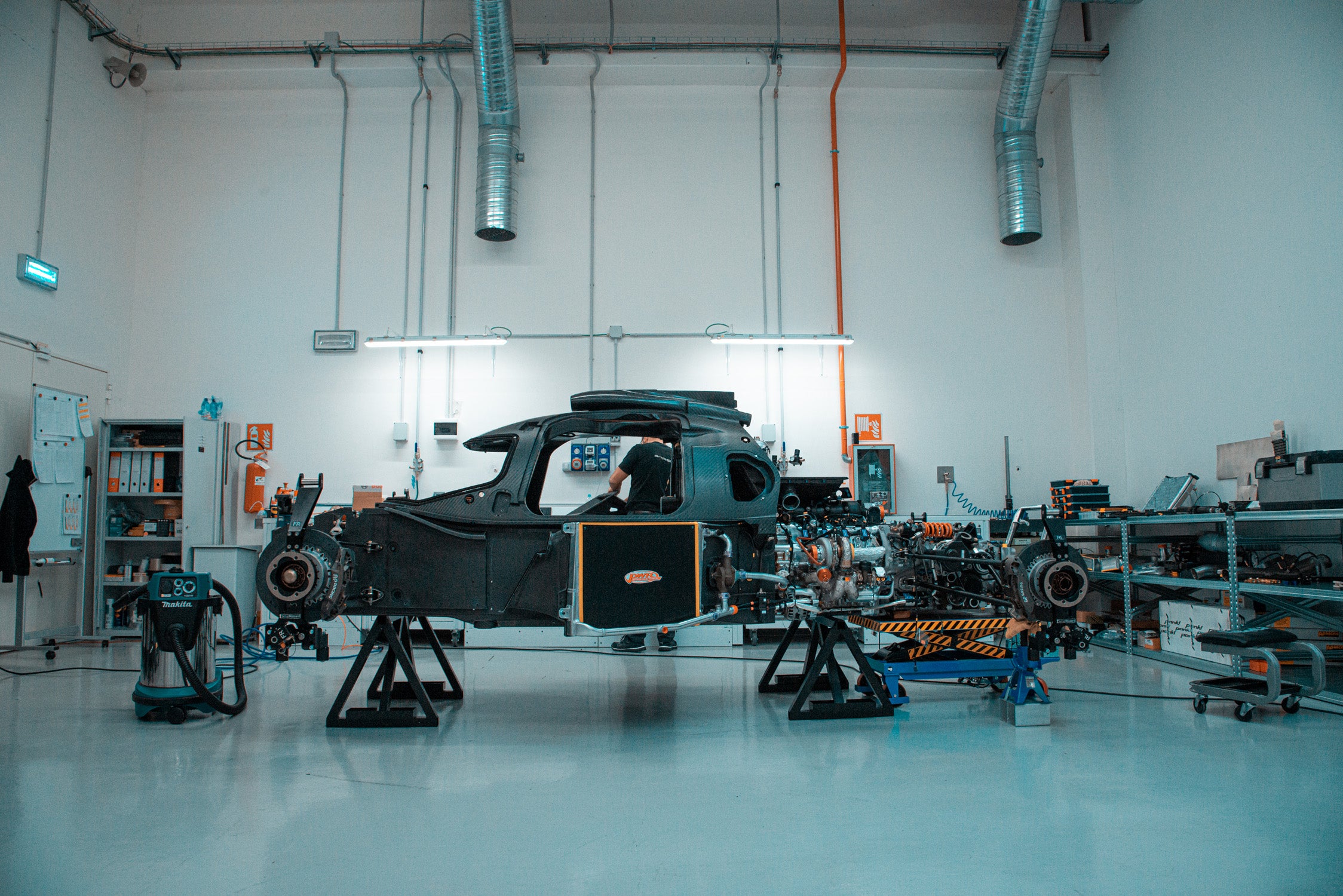 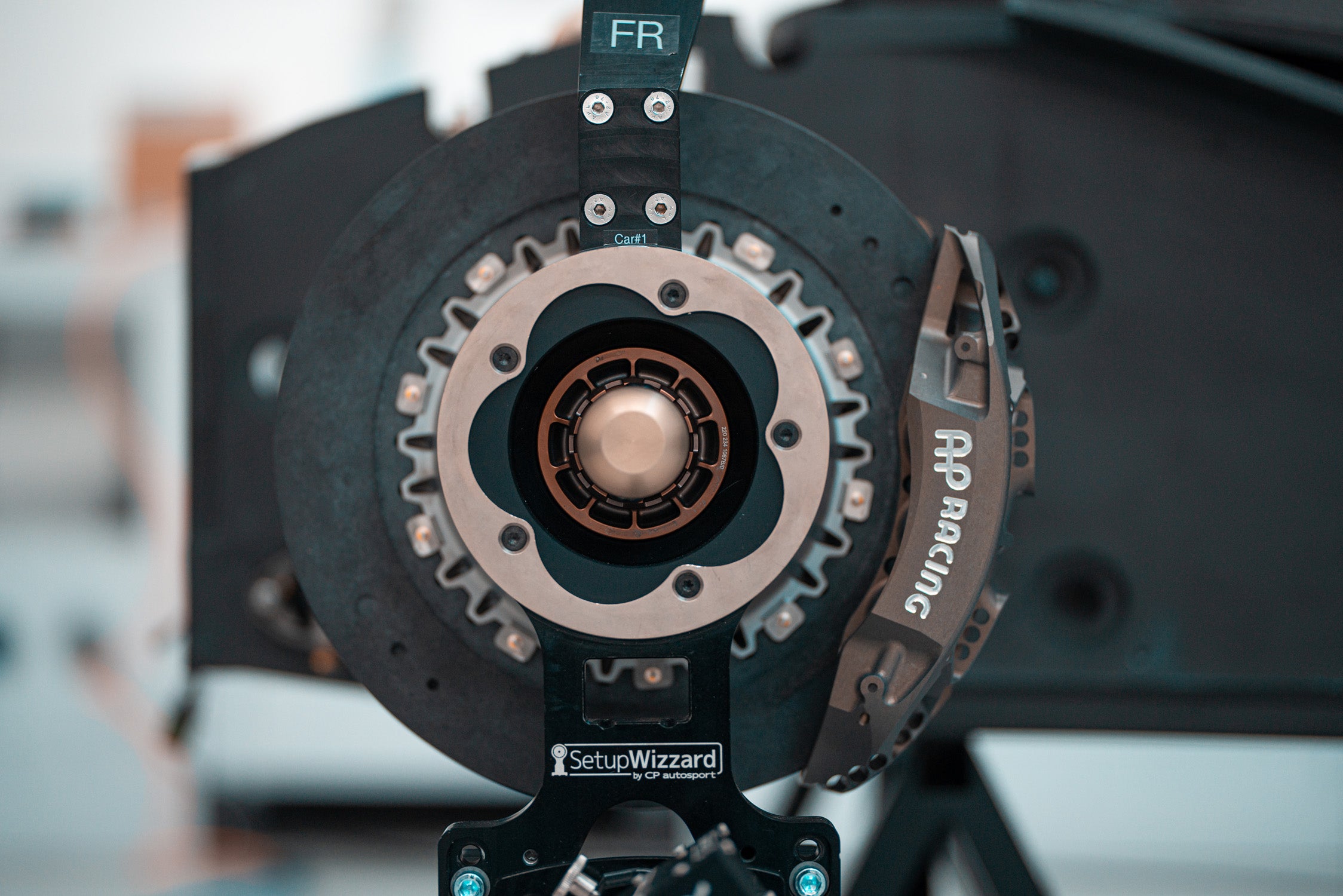 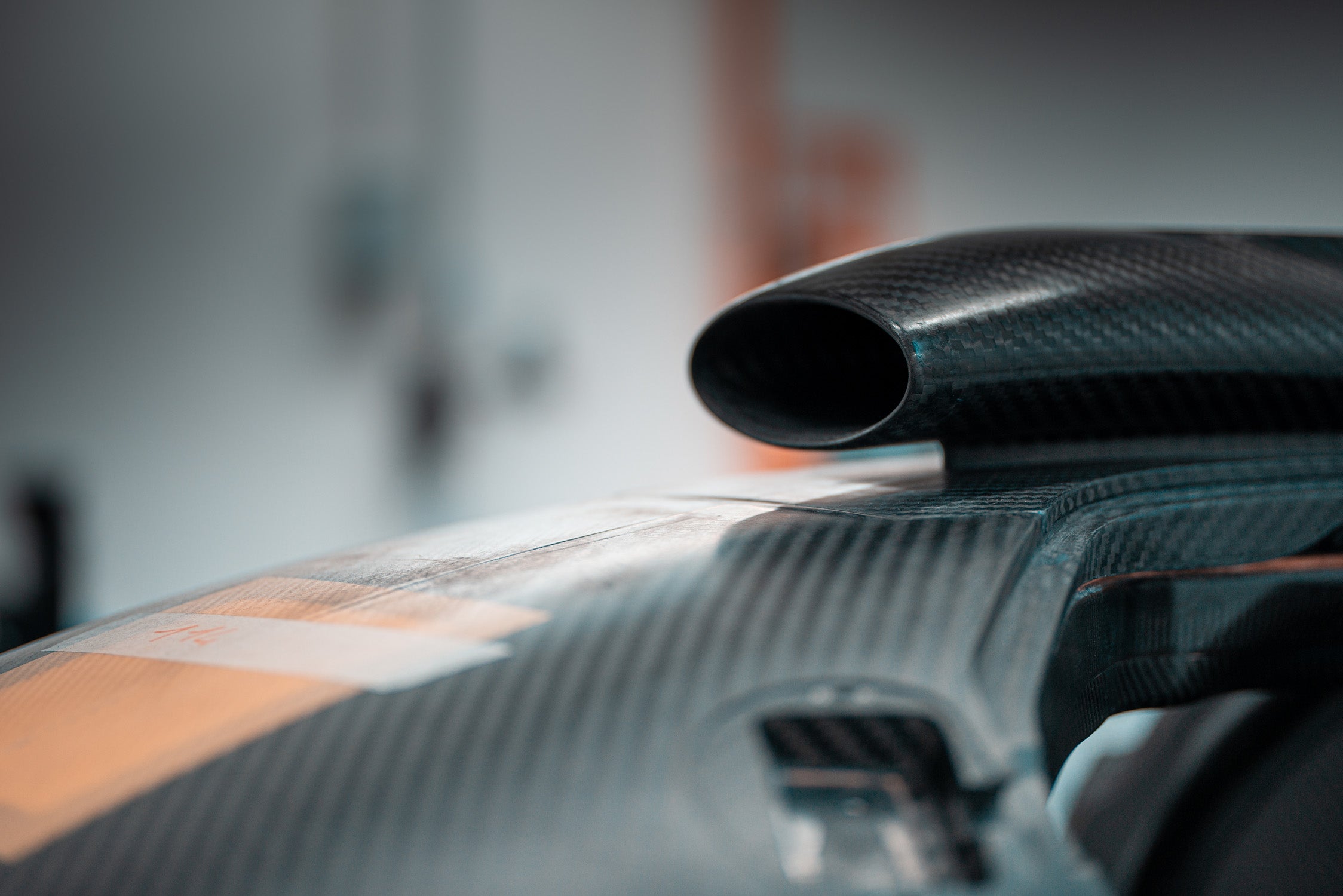 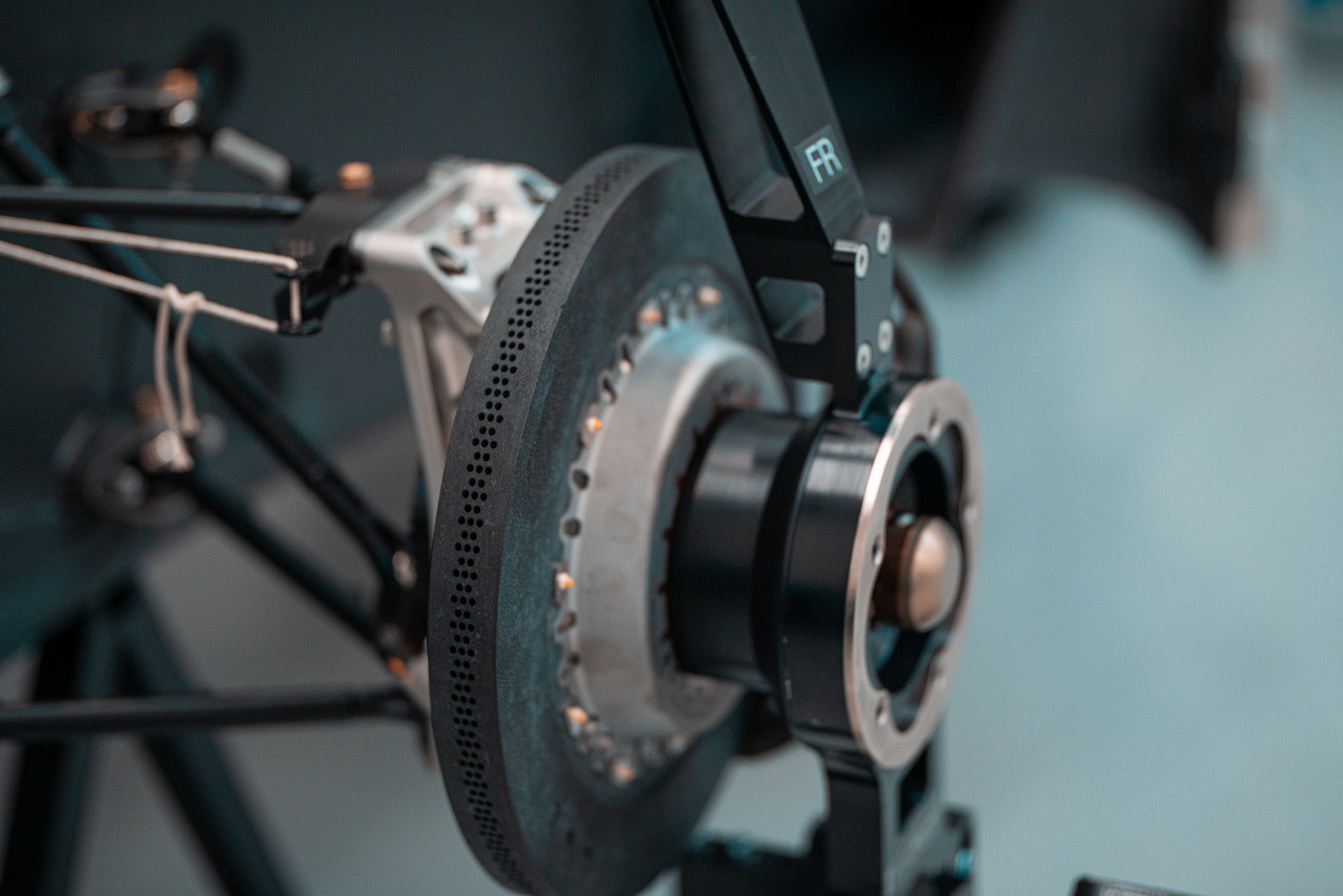 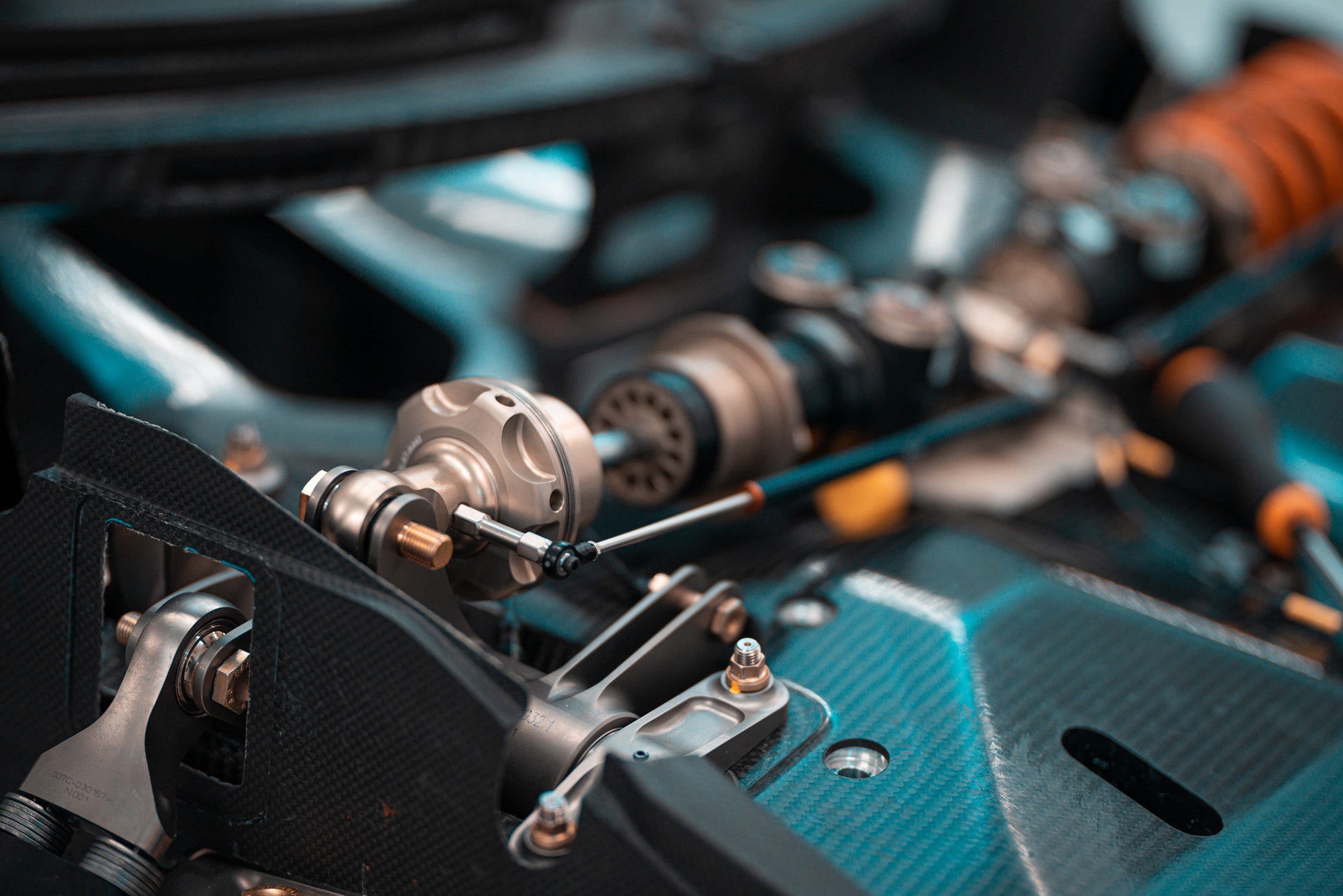 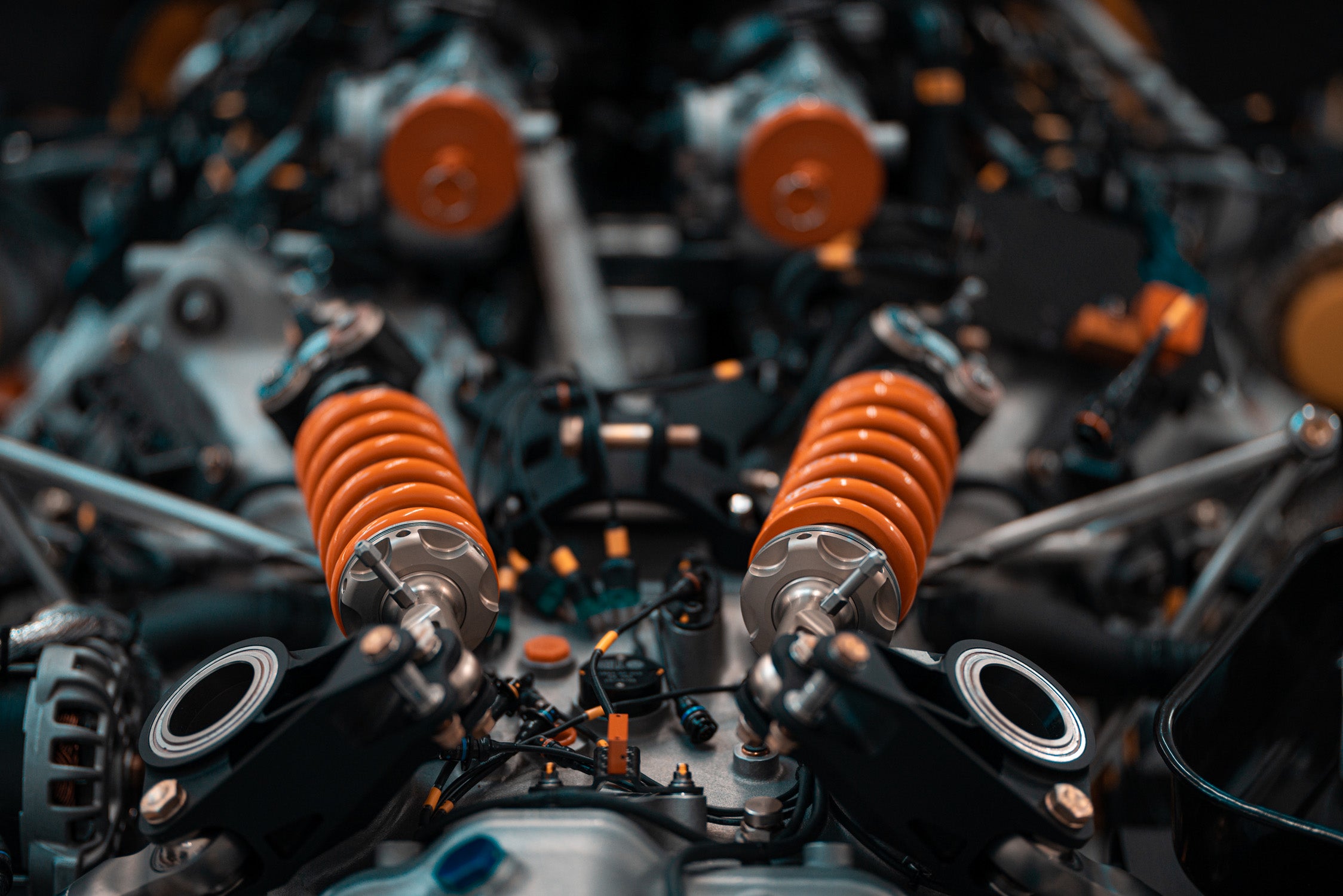 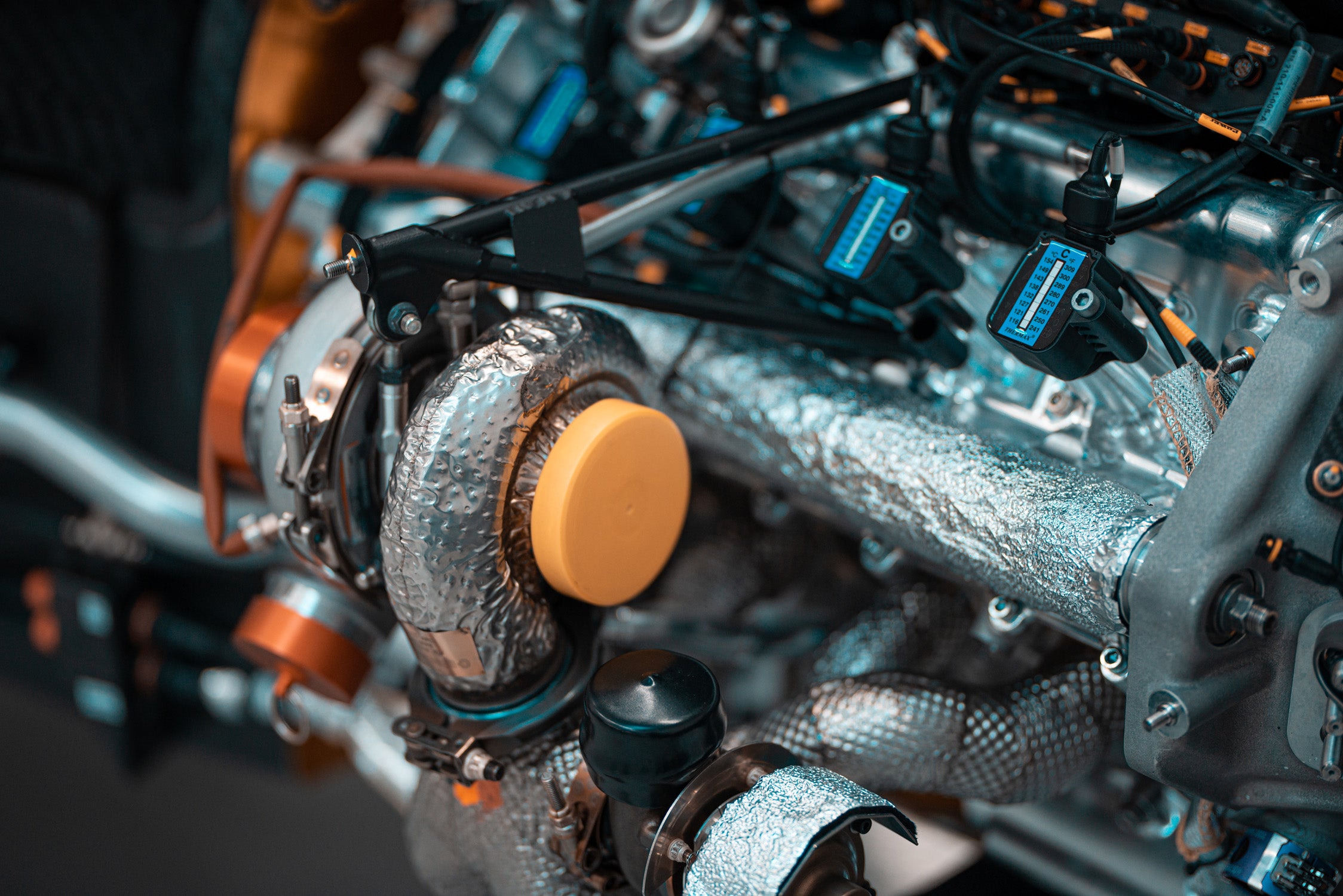 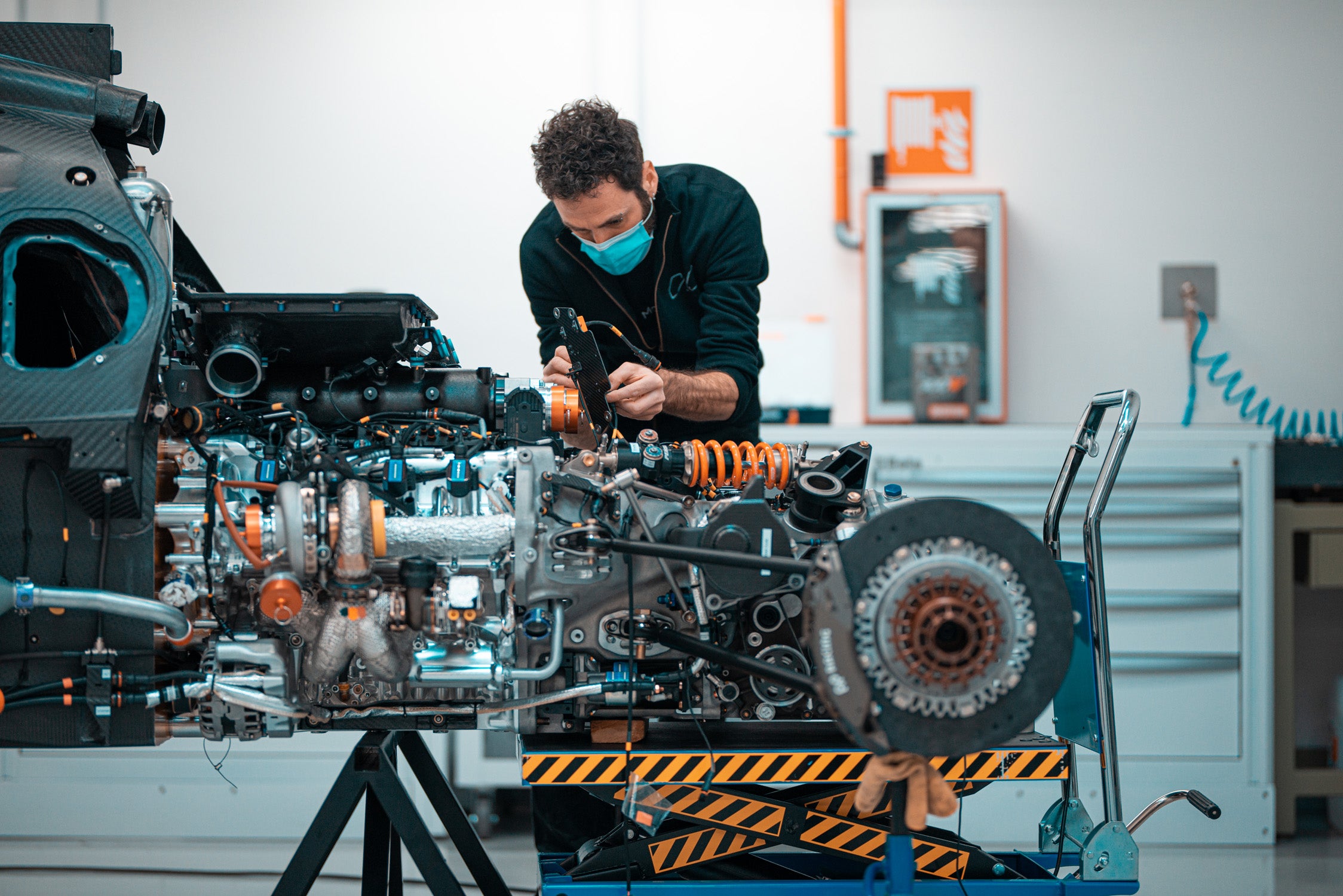 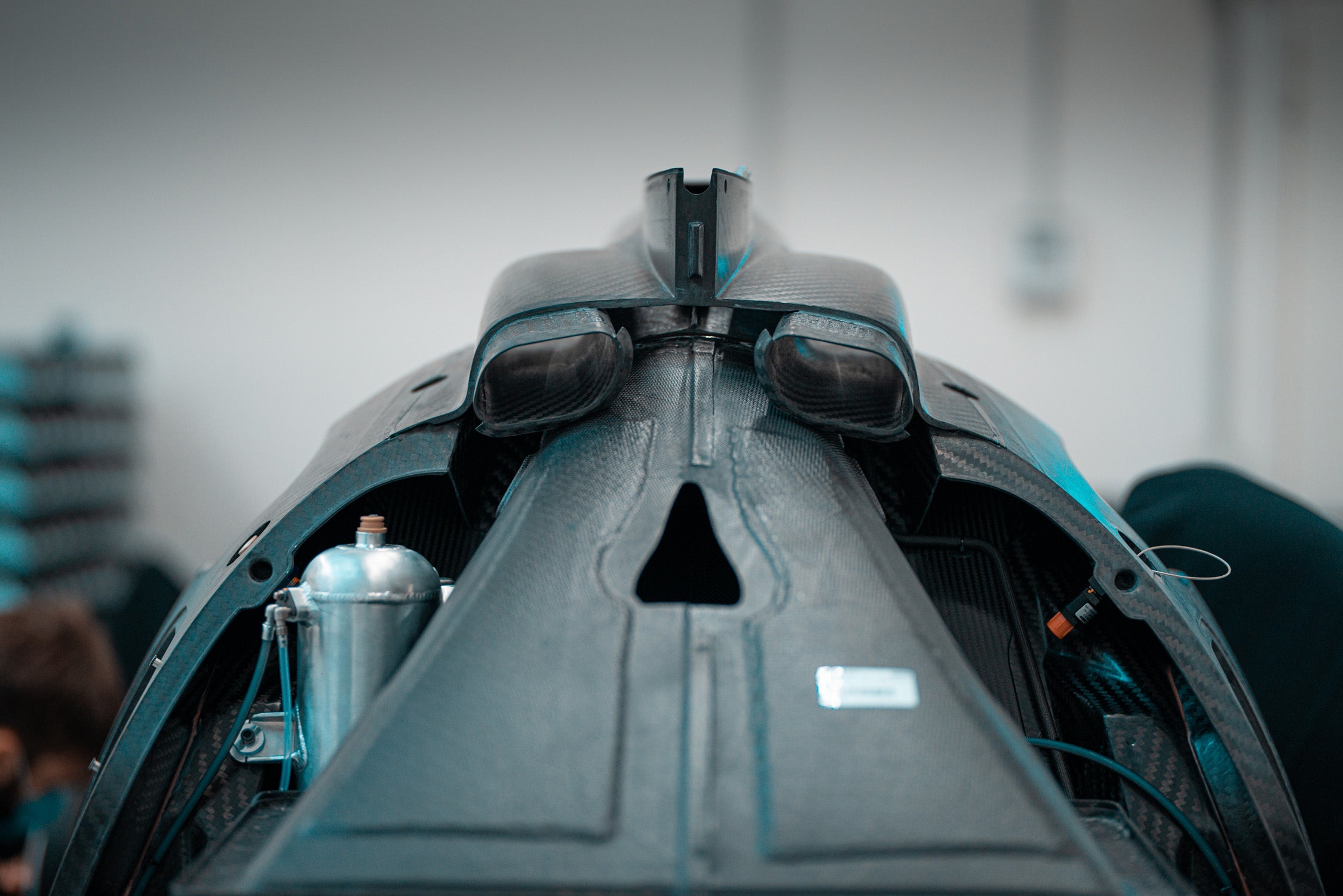 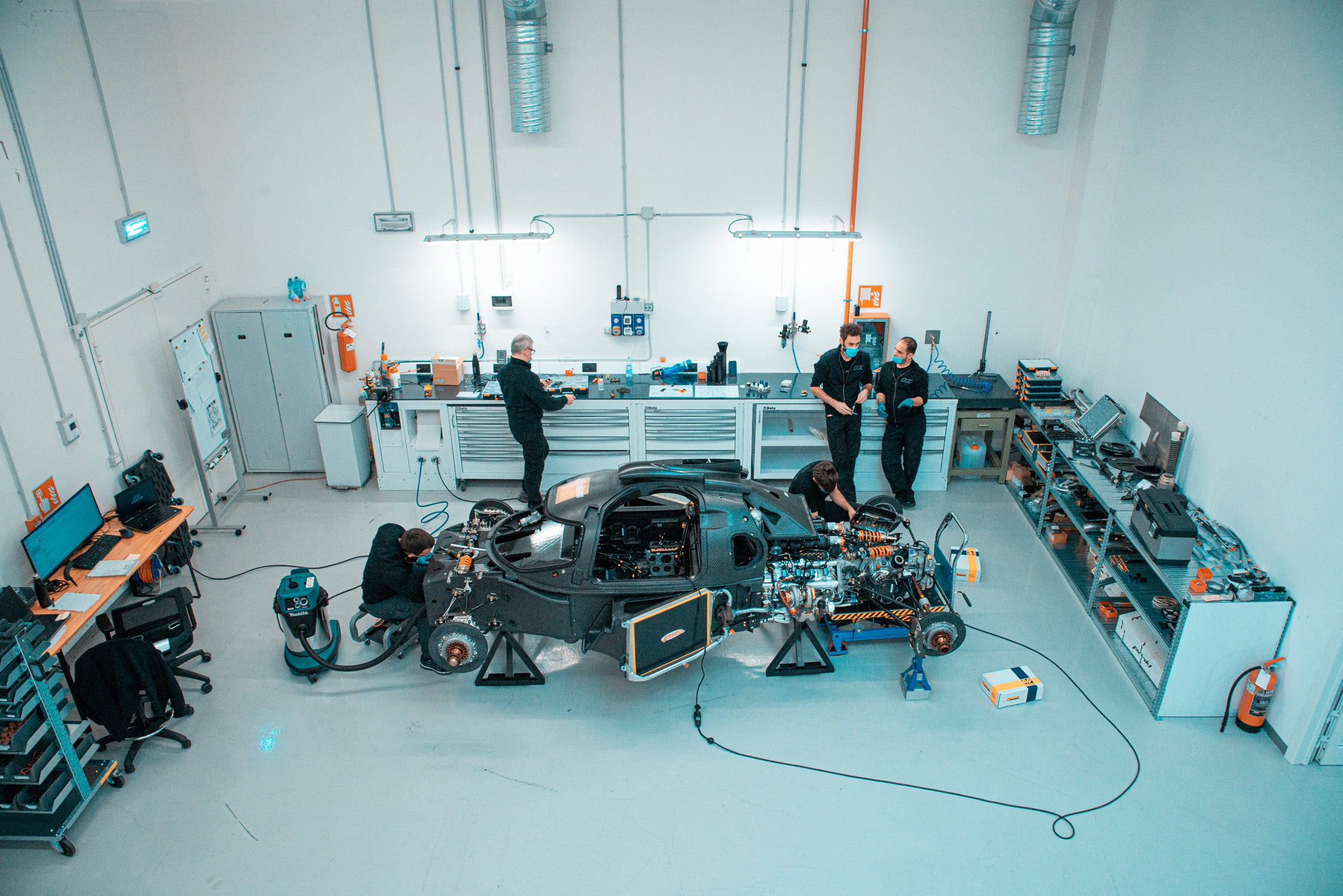 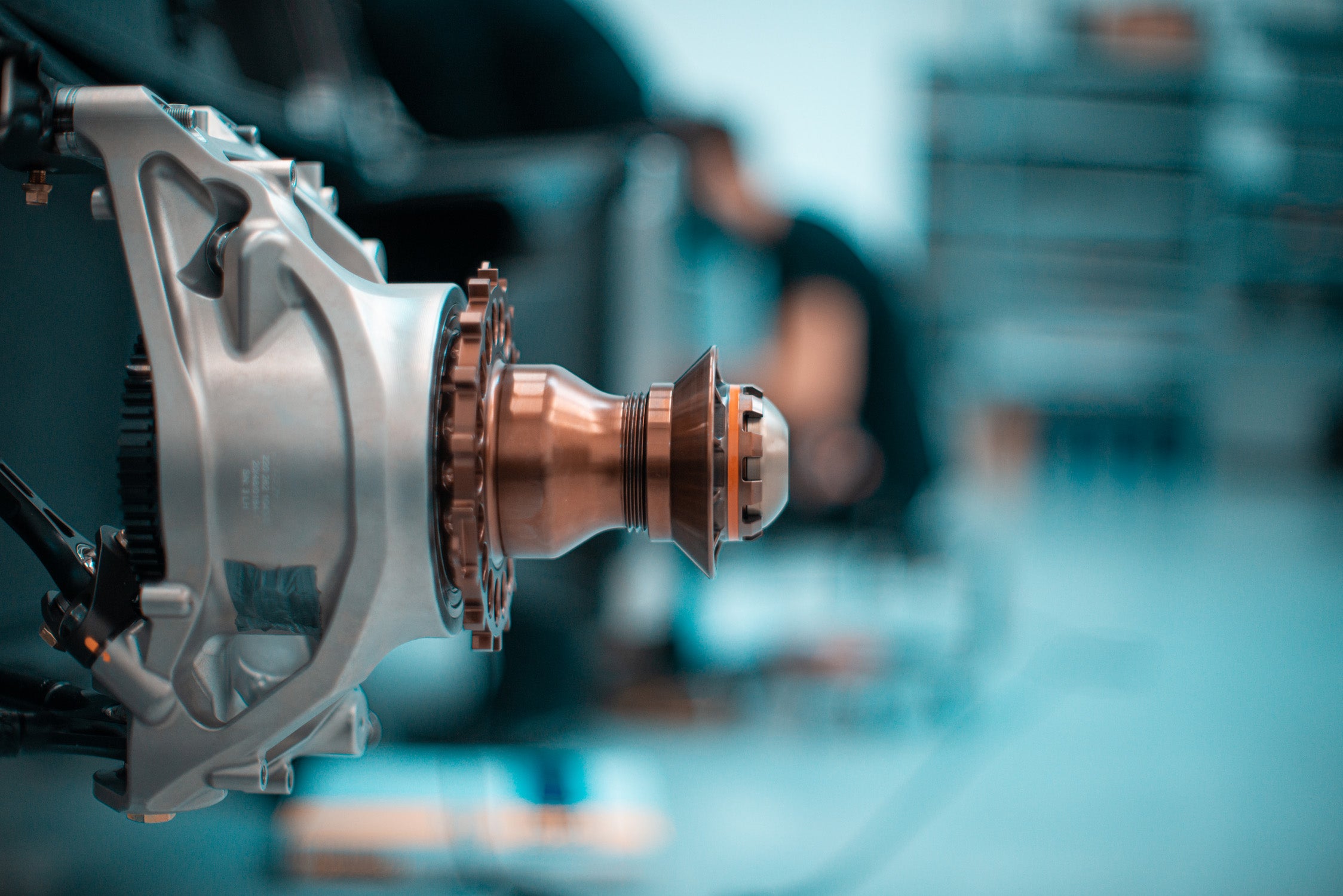 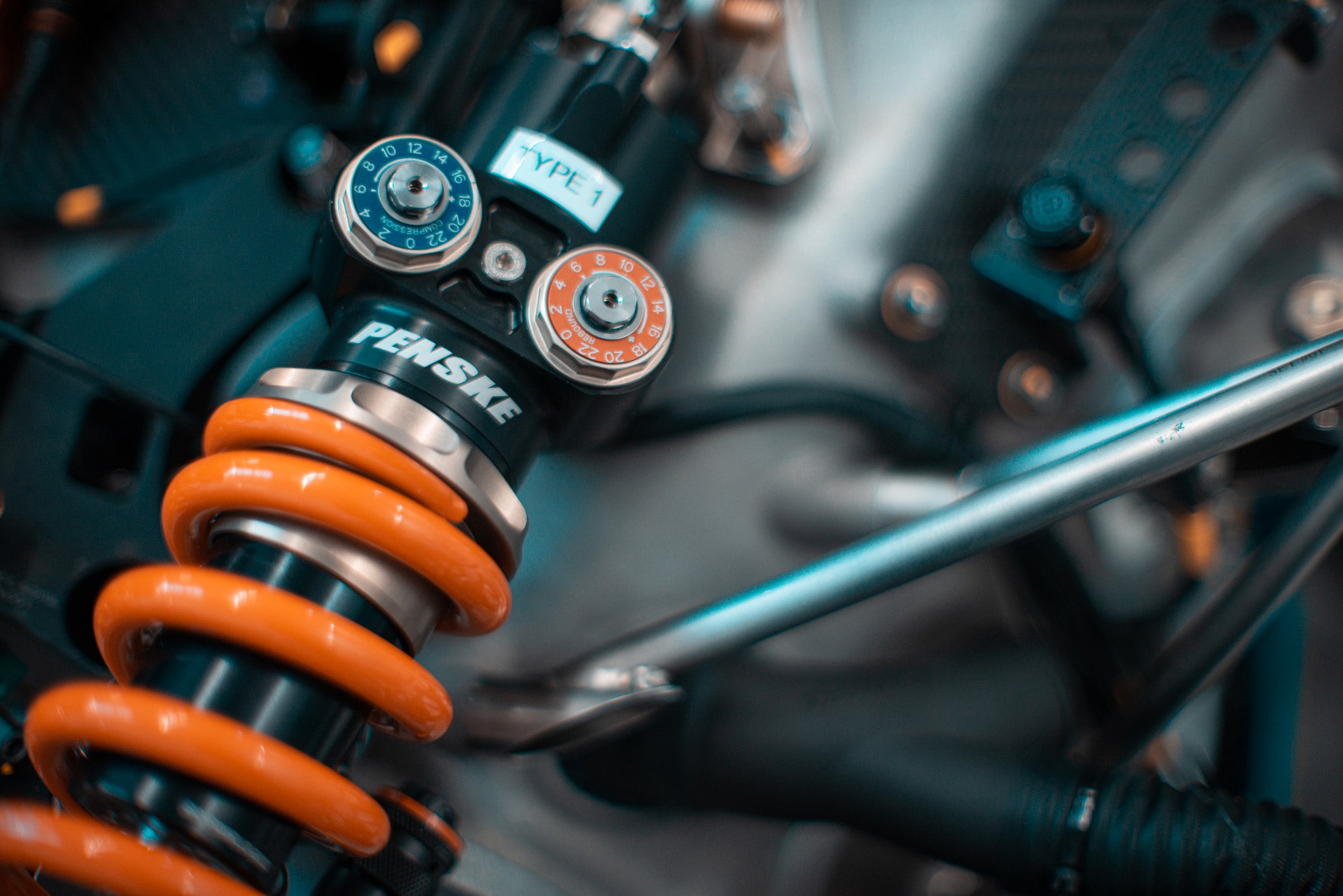 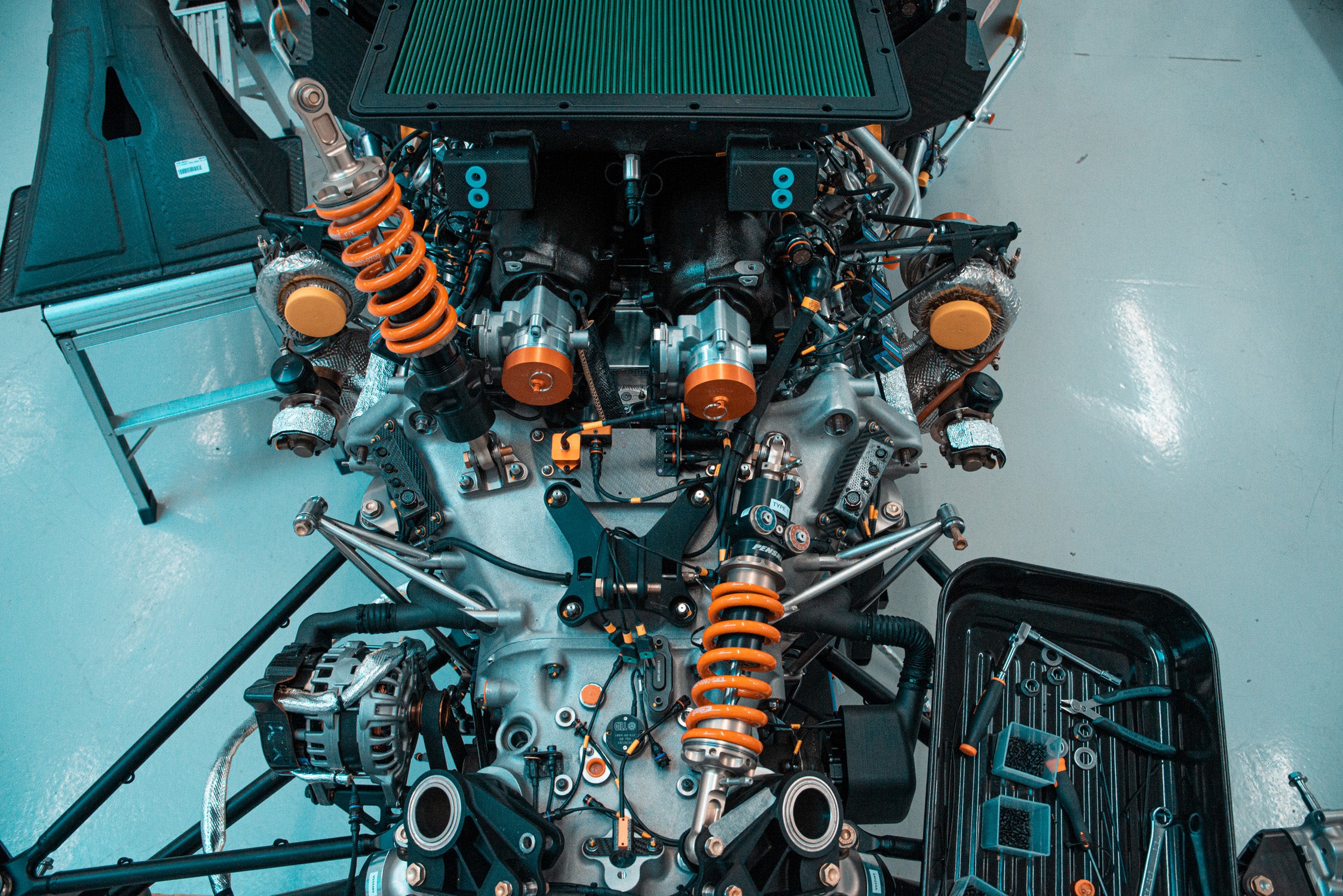