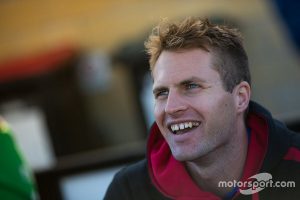 Garry Jacobson has emerged as the leading contender for the final piece of the 2021 Supercars puzzle, the second Team Sydney seat.

That’s the final full-time seat left on the grid for 2021, following the long-awaited confirmation of David Reynolds’ sensational move to Kelly Grove Racing.

His best result so far is a seventh from the second visit to Sydney Motorsport Park last season.

Jacobson declined to comment on his 2021 plans when contacted by Motorsport.com.

Paddock speculation has also placed Alex Davison in the frame for a second season with Team Sydney, however Chris Pither, who drove the #22 entry last year, isn’t expected to return.

Race winner Coulthard, fresh from his five-year stint at powerhouse squad Dick Johnson Racing, is already locked in to lead a rejuvenated Team Sydney for the 2021 season.

The Kiwi will be teamed up with highly-rated engineer Geoffrey Slater, who returns to Supercars after several seasons working on BMW’s IMSA programme in the USA.

The 2021 Supercars season will kick off in just over a month with the Mount Panorama 500 in Bathurst.