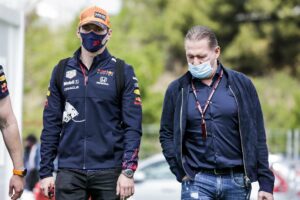 Jos Verstappen says he knew his son Max “had something special” about him as a driver when he was only seven years old.

A decade later, of course, Verstappen junior was making his Formula 1 debut aged 17 years and 166 days for Toro Rosso at the 2015 Australian Grand Prix.

Another six years on, the Dutchman is now driving for Red Bull and is 32 points clear in the Drivers’ World Championship, although he can no longer beat Sebastian Vettel’s record for being the youngest racer ever to secure the individual title.

With Jos having raced in Formula 1 himself between 1994 and 2003, and twice finished on the podium while Michael Schumacher’s team-mate at Benetton, racing is very much in Max’s genes – and also because his mother, Sophie, competed in karting herself.

It soon became apparent that Max was a prodigious talent. Jos, quoted by Speedweek, said: “When he was seven years old, I saw he had something special.

“He was always incredibly fast on the first lap on cold tyres. And when overtaking. You can see where someone can overtake, how he prepares it – Max was always very good at that.” 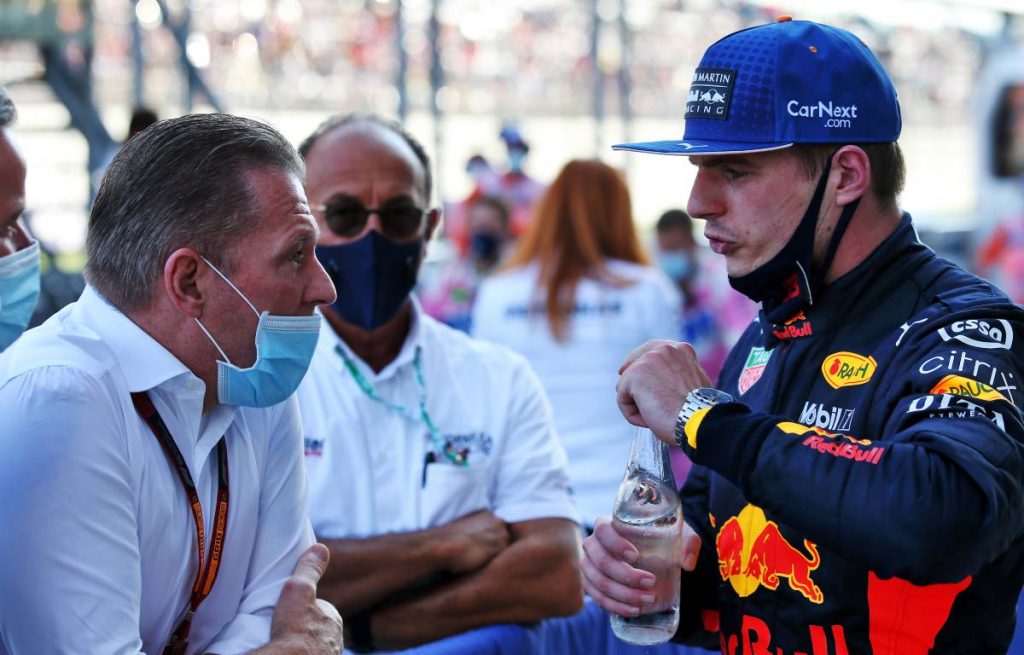 Therefore it was no surprise that Verstappen invested all the time he could into ensuring his son fulfilled his limitless potential.

“For me, it was between 80,000 and 100,000 kilometres with the bus every year,” added the 49-year-old. “I also prepared the engines, was a mechanic and a stay-at-home dad. That cost me a lot of time and money and I wouldn’t have done that if I hadn’t seen his talent.”

Verstappen admitted he had been a hard taskmaster.

“I do think it was tough for Max,” he added. “We didn’t go to the track to chase the others. We went there to win, and that’s what I taught Max. I always just wanted to win, win, win. That’s what I asked him to do.”

After becoming settled in at Toro Rosso, that was the time when Jos started taking a step back and allowing Red Bull to guide Max’s career.

Of that first season, 2015, Jos said: “I was fully involved, also to show Max how to work with the team.

“The nice thing is we still talk to each other every day Max drives. We call each other and talk about how things went and what’s going on.

“I also tell him my thoughts on it. I’m just telling him, he doesn’t need to answer, but I know he’s thinking about it. That’s the only thing I want.”