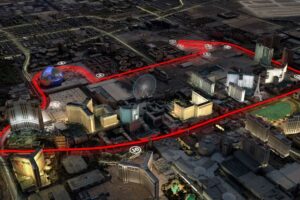 It’s official, Formula 1 will hold a third race in the United States starting next year, and it will take place in Vegas, baby. F1 and Liberty Media confirmed Wednesday night that a deal had been reached with city officials and promoters, green-lighting the event starting in November 2023.

While no exact dates were divulged, it’s likely that the new American race will take place between the Mexican and Brazilian Grand Prix, meaning a very early November date is likely. Not doing so would place the race too close to Thanksgiving in the U.S., sandwiching it between Brazil and Abu Dhabi. Of course, these are my own projections and they’re solely based on the 2021 calendar.

What F1 did divulge, however, is that it will be a night race and it will take place on a Saturday, not a Sunday. The track layout will measure 3.8 miles from start to finish and feature 14 corners of various designs, including high-speed and one chicane. 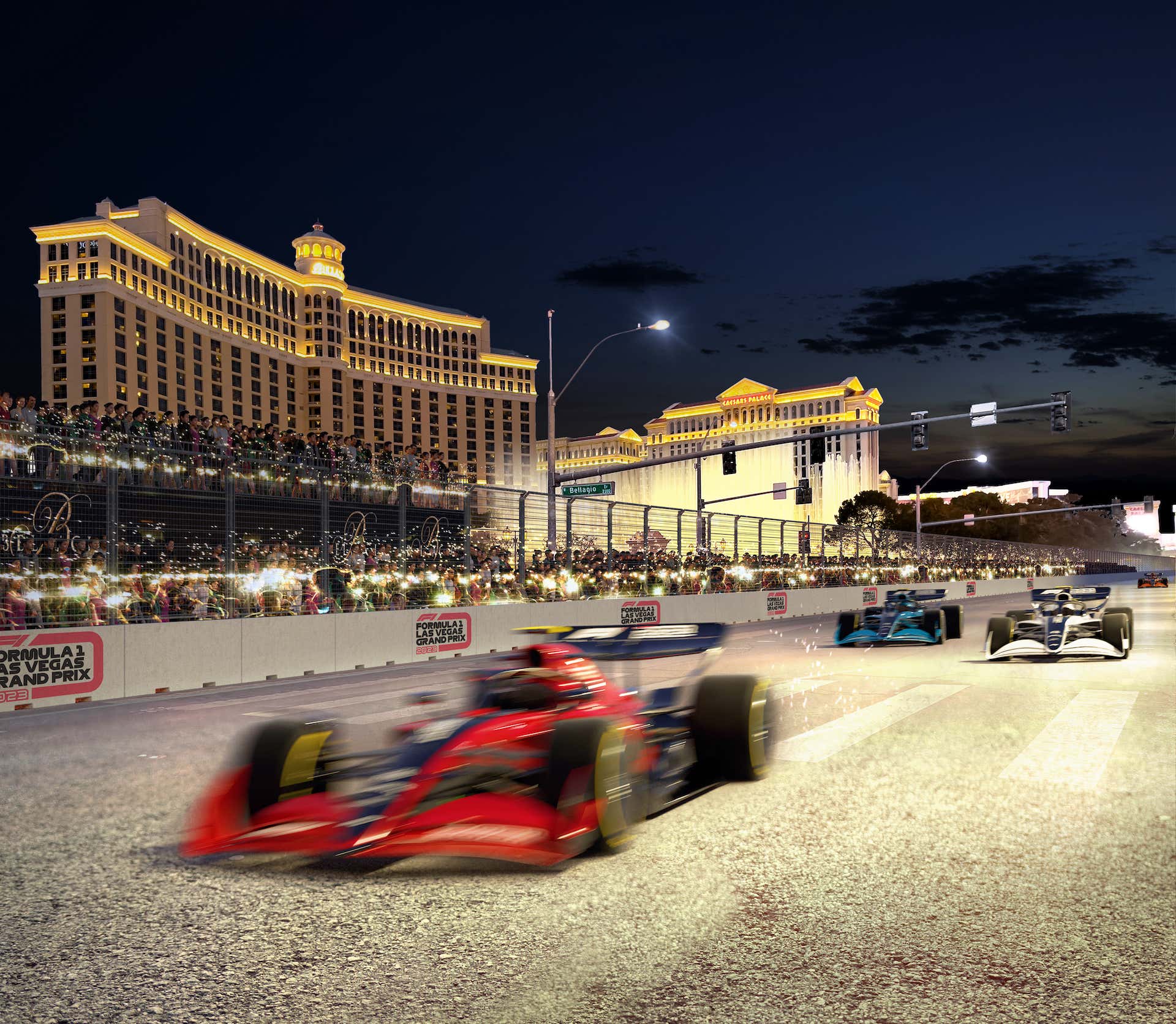 The design will reportedly allow F1 cars to reach speeds of over 212 mph, and while no other details were provided, the press release mentioned a race distance of 50 laps. That means a 190-mile race distance, which will likely take up every minute of the two-hour time limit set by the FIA.

One of the renderings shared by Liberty Media shows the track layout making its way through the famous Vegas Strip, before coming back around and weaving in and out of famous landmarks such as the Bellagio Hotel, The Venetian, Treasure Island, and more.

“This is an incredible moment for F1 that demonstrates the huge appeal and growth of our sportwith a third race in the U.S.,” said Stefano Domenicali, President and CEO of Formula 1. “Las Vegas is a destination known around the world for its excitement, hospitality, thrills, and of course, the famous Strip. There is no better place for Formula 1 to race than in the global entertainment capital of the world and we cannot wait to be here next year.” 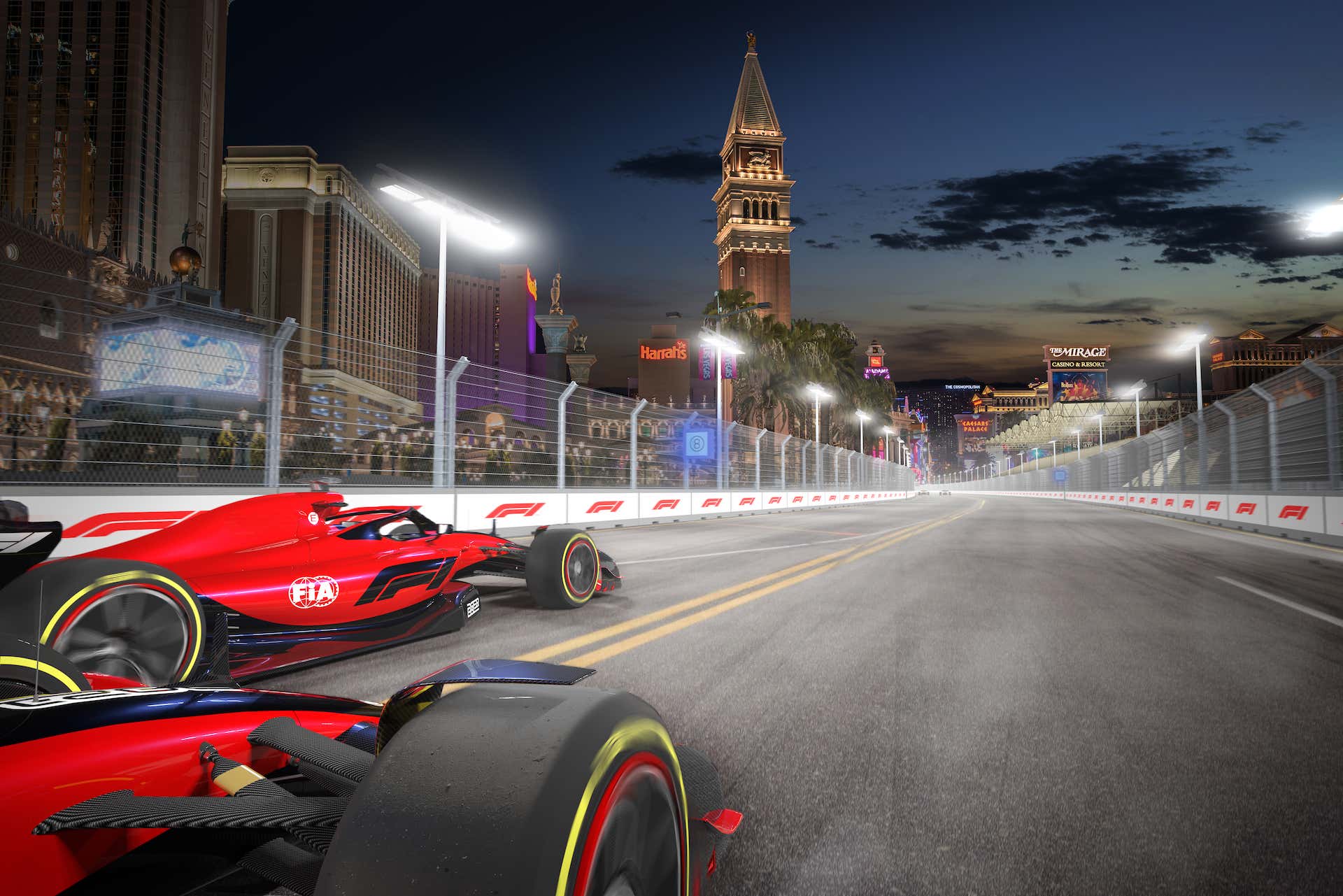 The track’s interaction with the popular hotels and casinos can be reflected in F1’s reported backing of the event, citing Caesars Entertainment, MGM Resorts International, Wynn Las Vegas, The Venetian Resort, Las Vegas Convention and Visitors Authority, and Live Nation as race promoters and partners.

It’s evident that F1 management is chasing hot venues with strong entertainment potential, as is the case with Miami—and maybe Austin to a certain extent. Offering more than just racing seems to be Liberty Media’s MO, as it works overtime to expand F1’s viewership and draw new, younger fans into the sport whether it be via tv, online, or in person at races.

“Iconic Las Vegas and Formula 1, the pinnacle of motorsport, is the perfect marriage of speed and glamour,” said Greg Maffei, Liberty Media President and CEO in a press release.

It’s unclear just how long of a contract F1’s signed with the city and its promoters, leading us to believe that it may not be a very long one. Theoretically speaking, this deal could even be based on a one-time trial basis, considering how complex and costly it is to shut down Las Vegas’ (if not the country’s) most profitable street. Casinos love making money, and should F1 not turn out to be the moneymaker they’ve been promised, they likely won’t want to shut down the Strip a second time around.