Max Verstappen has downplayed a suggestion that Lewis Hamilton heads to Red Bull, asking why he’d want to do that if the goal is winning titles.

This season Hamilton is chasing a record-equalling seventh World title, one that he is well on his way towards winning.

The Mercedes driver is leading the standings by 55 points, however, has yet to commit is future to Mercedes.

This has led to speculation that Hamilton is waiting to see what happens with the Brackley squad with rumours that Daimler could sell the team at the end of the 2021 season refusing to die down.

Former F1 team boss Eddie Jordan reckons the Brit should head to Red Bull and team up with Max Verstappen.

“I personally believe Lewis should go to Red Bull and not to Ferrari,” said the Irishman.

“I’ll tell you that’s perfect because… the best young driver of all in Formula 1 at the moment is Max Verstappen. There’s no question about it.

“His style, his speed, his intellect, his control on the track. Also his arrogance. And grand prix winners and grand prix champions need a level of arrogance. That’s obvious, and he has that.

“Whether he got it from (his father) Jos or whatever I have no real idea, but the facts are that he has an unbelievable talent.

“And what I believe is if he had a team-mate like Lewis Hamilton, then I do believe he would be able to beat him.”

Verstappen, though, doesn’t see why Hamilton would want to swap teams given that he current has the best package on the grid.

Asked by Autosport if he would support Hamilton moving to Red Bull, he replied: “The only thing I’m interested in is winning the championship.”

Pushed on the topic, he added: “Well, why would he do that? 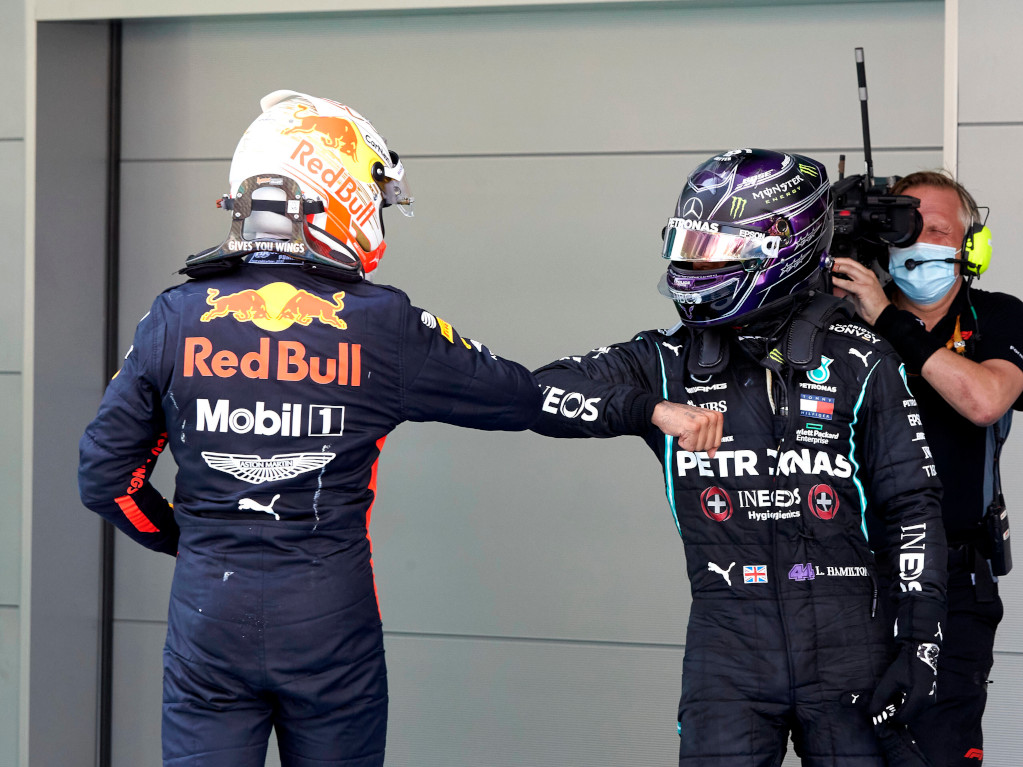 Following his Mugello retirement, Verstappen dropped to third in the Drivers’ standings where he trails Hamilton by 80 points ahead of this weekend’s Russian Grand Prix.

END_OF_DOCUMENT_TOKEN_TO_BE_REPLACED

END_OF_DOCUMENT_TOKEN_TO_BE_REPLACED
We and our partners use cookies on this site to improve our service, perform analytics, personalize advertising, measure advertising performance, and remember website preferences.Ok