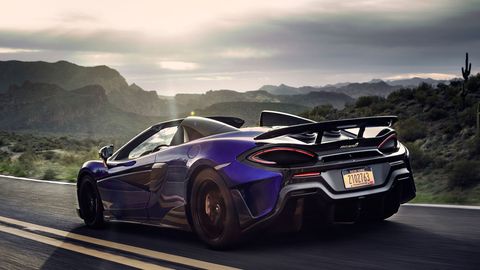 It’s easy to think that anyone with the wherewithal to spend more than $300,000 on an automotive toy isn’t too concerned with residual values. But that would be wrong. Supercar buyers might be richer than the average auto shopper, but that doesn’t make them blasé about losing heaps of cash. Few millionaires have got – or kept – their wealth through accident.

The problem has long been what could be termed supercar roulette. Some exotics hold their values remarkably well, or even increase in price. Others depreciate faster than losing betting tickets. And as a late arrival in the segment, McLaren has struggled with residuals more than most – especially when it came to its earlier cars. That’s great news if you are in the market for an $80,000 McLaren MP4-12C; less good if you spent $240,000 on it when it was new.

Well-regarded limited edition models have always fared better than those that were made as part of a general production run, which is why buyers battle so hard to get their names onto the lists for the relatively small numbers of special reserve Speciales, Performantes and GT-RS variants. Or, in McLaren’s case, the ‘LT’ longtail – with the 2015 675LT Coupe and its 2016 sister, both of which were limited to 500 units, having held onto values much better than the regular 650S they are based on.

But when McLaren launched the 600LT last year it changed the strategy, saying anybody who wanted one and who could front the money during the car’s production run could have one; something that immediately saw demand soar beyond that for the regular 570S on which the 600LT is based. From a sales point of view it seems to have worked, and the car itself was no-question awesome, but it created some very unhappy buyers on both sides of the Atlantic. I spoke to one of them earlier this year who said it had broken his faith in the brand to the extent he wasn’t planning to buy another.

McLaren insiders acknowledge that the strategy was a mistake, and not one it can repeat given the cash-crunch facing the company at the moment (it has recently announced it plans to sell and lease back its grand HQ to raise cash.) Which is why with the new 765LT – which is equally awesome – the company is changing tack again, to a limited edition with a very serious production cap – up to 765 of the Coupe will be built, with a Roadster to follow. 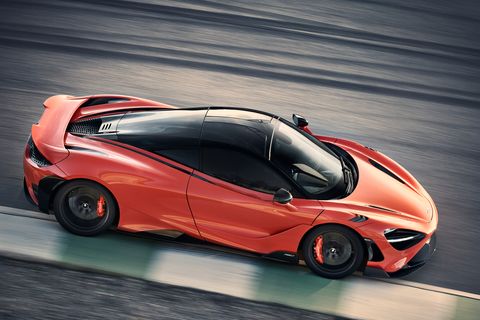 “We listened to all of the feedback we got on the 600LT, which was universally praised as a great thing, but some owners felt the best way to go with the next car was a clearly communicated limited production number,” Piers Scott, McLaren’s Director of PR and Marketing told Autoweek at the new car’s launch last week, “buyers told us they appreciated not just a limited production number, but also a dedicated plaque making clear which of the run their car was.”

While the planned production number looks high for this rarefied part of the market – McLaren sold 500 of its Senna hypercar, 106 of the McLaren F1 inspired Speedtail and has said it is making no more than 249 of the screenless Elva – Scott says the company’s confidence has been justified.

“We felt this was an appropriate number for this car and for the demand out there,” he said, “and that assessment seems to have been proved right… We’ve got customer names against every production slot in 2020 and we have got more than double the expressions of interest than the number of slots remaining for 2021.”

“When we set a number we have to make sure, to put it bluntly, there are some disappointed customers out there,” Scott added, “that does two things – it supports the value of this car and also drives interest in the next.”

The U.S. looks set to buy around a third of the total production, for a price likely to be just south of $400,000.

Let us and other Autoweek readers know what you think about McLaren in the comments below.

END_OF_DOCUMENT_TOKEN_TO_BE_REPLACED

END_OF_DOCUMENT_TOKEN_TO_BE_REPLACED
We and our partners use cookies on this site to improve our service, perform analytics, personalize advertising, measure advertising performance, and remember website preferences.Ok