Due to Carlos Sainz’s crash at Mugello, the McLaren crew are having to work especially hard heading to Sochi for the Russian Grand Prix.

The Spaniard was taken out of the Tuscan Grand Prix at the first Safety Car restart, which caused a pile-up and caused him and three other drivers to retire.

There was significant damage to his car and, despite having a two-week gap between races, the team are still working to replace damaged parts.

“It was unfortunate that Carlos was involved in a crash at the Tuscan Grand Prix, but I’m glad nobody was harmed,” production director Piers Thynne said in McLaren’s preview for the Russian Grand Prix.

“From a production standpoint, we lost significant parts over the weekend at Mugello which need backfilling and preparing ahead of the flyaway to Sochi.

“The entire factory in all areas and on all shifts are continuing to rise to the challenge to work as one unified team to push parts and developments out to the team at the track, to ensure we have every opportunity to consolidate and improve.

Usually at this point the year, teams turn their attention to the following season’s car. However, with development frozen for 2021, McLaren is still focusing on the 2020 challenger.

“Even though we are past the halfway point of the season, we still have to focus on the task at hand and continue to work hard,” he added.

“The balance of resources between car upgrades, spare parts and next year’s car continues to be an exciting challenge in this compact season. We’ll be deploying some new updates in future races with the aim to improve the car.” 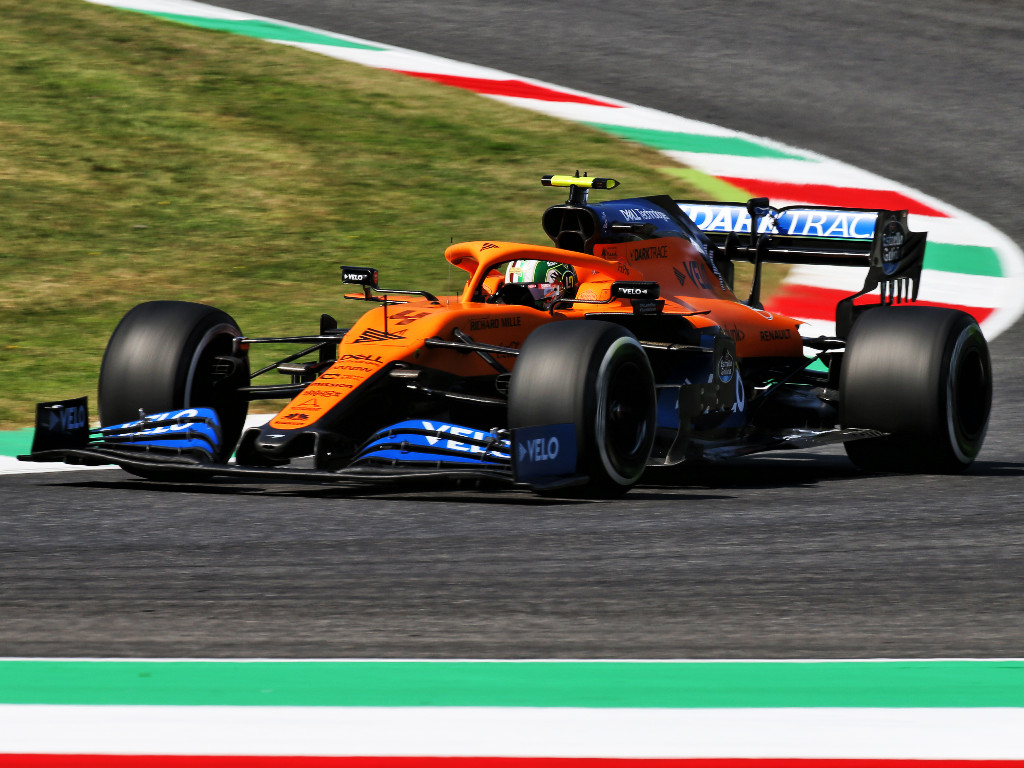 Lando Norris meanwhile stayed out of trouble at Mugello and heads to Sochi with a car in far better condition than Sainz’s. However, he’s expecting both other teams and the track to pose challenges.

“Having time to recharge after nine races in 11 weeks was needed but I’m ready to go again,” he said.

“We know we’ve got our work cut out for us with the midfield competition being so close, but hopefully, we can hit the ground running right from FP1 on Friday.

“The track in Sochi has its own challenges with a mixture of technical 90-degree corners and high-speed straights, not to mention the 180-degree left-hander that is Turn Three.

“Following on from Mugello, it’ll be great to have fans back in the grandstands again in Russia to cheer us on. Of course, the priority is to ensure they enjoy the race safely, and we want to put on the best show we can for them.”

END_OF_DOCUMENT_TOKEN_TO_BE_REPLACED

END_OF_DOCUMENT_TOKEN_TO_BE_REPLACED
We and our partners use cookies on this site to improve our service, perform analytics, personalize advertising, measure advertising performance, and remember website preferences.Ok